Lopez says he’ll stay around 135 a little longer to take on the Haney vs. Gamboa fight winner, but he doubts that they’ll step up to the plate to fight him.

If Lopez doesn’t get the Haney-Gamboa match-winner, he’ll move up to 140 and go after the four titles in that weight class. Haney seems very, very interested in fighting Teofimo. The two had a Facetime talk last Sunday night, and there’s a good chance that they’ll fight in early 2021.

Haney’s promoter Eddie Hearn of Matchroom Boxing, is on board with him fighting Teofimo for the undisputed championship. 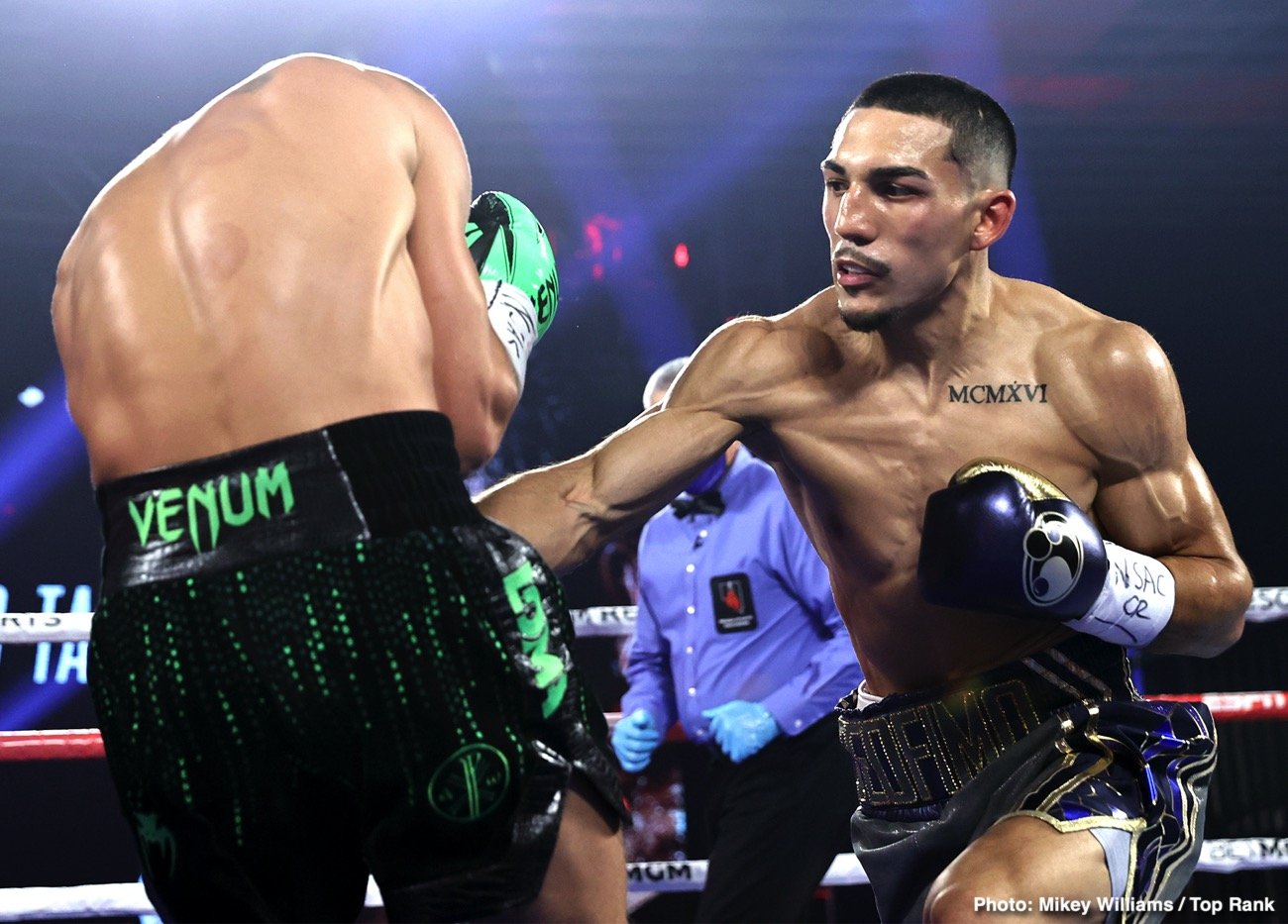 “If I took that fight [against Haney], it’s just for bragging rights, just to shut him up and destroy his career,” Lopez said during the post-fight news conference last Saturday night. “That’s really what it is. That’s the type of person I am,” said Lopez.

Teofimo wouldn’t destroy Haney’s career if he lost to him, but it would definitely hurt him. Devin would still gain a lot from fighting Teofimo, even if he’s beaten by a one-sided 12 round decision.

Haney’s popularity, such as it is, will be diminished after a loss to Teofimo, and he’ll have to figure out how to rebuild. Devin’s management has been careful with the way they’ve brought him along.

He’s not fought anyone good yet, and there’s a lot of hype about him despite his lack of credentials. Haney has the same weak resume that we’ve seen from many fighters brought along, and it’s all smoke and mirror.

The casual boxing fans would know Haney is after the fight, and they would pay attention to him when he looks to rebuild afterward.

But the things that Teofimo exposes in beating Haney, such as his lack of power, hand speed, and cement feet, would be brought out. Teofimo would expose those flaws, and other fighters would take advantage of them.

There hasn’t been any improvement in Haney’s power and speed since he turned pro in 2015. Haney is likely the finished article right now, and he’s not going to get any better as he ages.

If anything, he’ll lose the little bit of speed that he has and will be easy pickings for the stronger lightweights.

Lopez lectures the media for comparing Devin to Mayweather 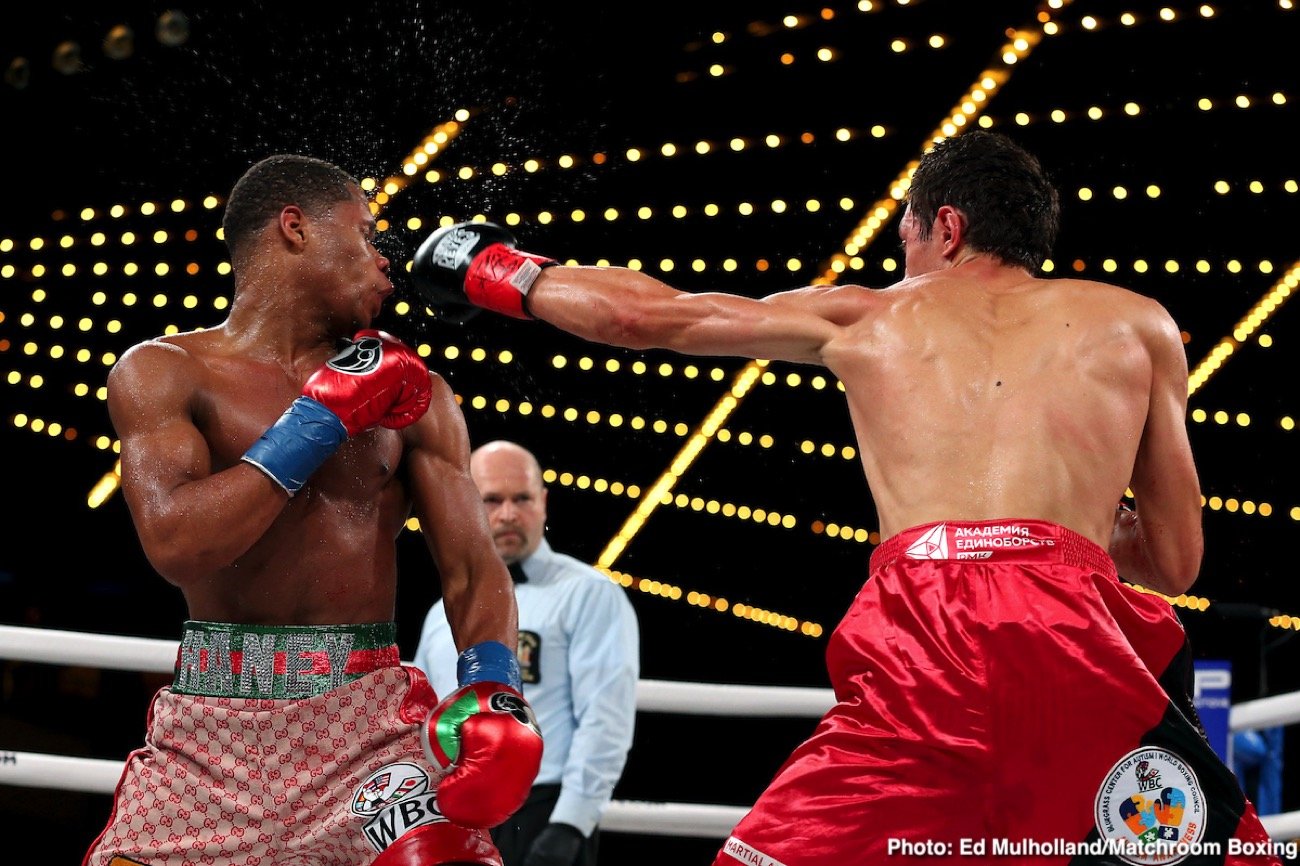 “I’m not here to see another fighter build up his career,” Lopez continued on the subject of fighting Haney. “If he [Haney] wants to take that step and that fight, I’m more than happy to take him out of that route of what everybody is talking about saying the next Floyd Mayweather and stuff like that.

“Yeah, get out of here with that bull-s***, for everybody else out there. Everybody else is cherry-picking. Gervonta Davis, why are you fighting Leo Santa Cruz? For what? That’s a 126-pounder.

“That’s sad, and you guys hype these guys up for so many things, but it’s okay. It’s okay. Just put them in front of me, and I’ll beat them,” said Teofimo.

It’s hard to understand where some boxing fans and media members come off in comparing Haney to Mayweather. The only thing they have in common is Haney’s shoulder roll defense and how he throws potshots the way Mayweather did.

Haney doesn’t possess Mayweather’s reflexes, hand speed, or the foot speed that Floyd had when he was younger. A better comparison for Haney is him and Adrien Broner. His style is closer to Broner’s than Mayweather because he has the same slow feet.

At 21, Broner was a far better fighter than Haney is now. Broner talented at the beginning of his career before success, a bad diet, and inactivity ruined his momentum.

The amount of interest Broner had in his career early on dwarfs Haney’s attention now. Broner was a better puncher at 130 and 135 than Haney is at lightweight, and he was a far better trash-talker.

Broner had the natural charisma to be a star, but he lacked the dedication and the right decision-making to stay there. 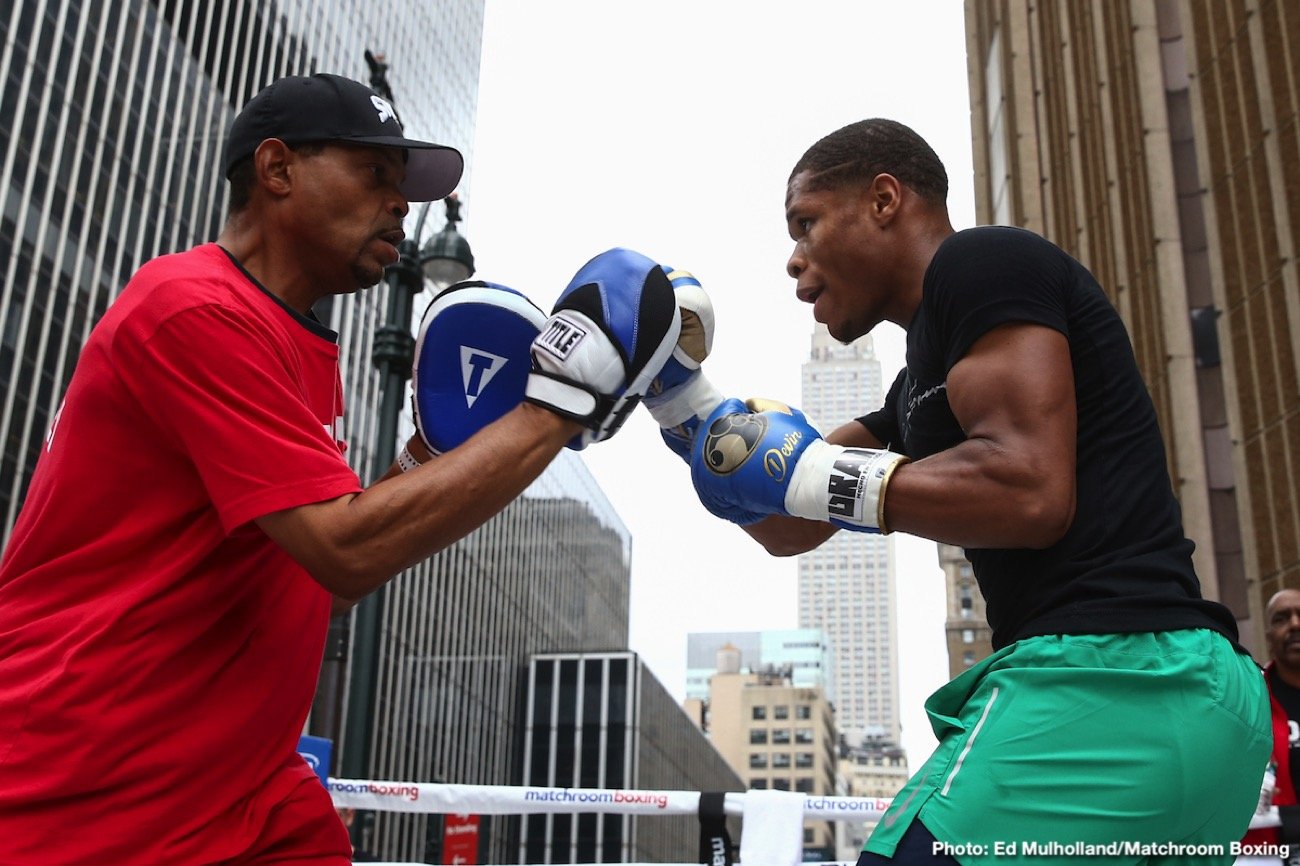 “I don’t mind being a two-time email world champion. That would be fine,” said Teofimo at the post-fight news conference when asked who he’d like to fight at lightweight.

“I know a lot of people are already saying that this is not for the undisputed because of that—whatever with Mauricio Sulaiman whatever he did [made Lomachenko WBC Franchise champion in 2019].

“I just got a belt that says Franchise world champion from the WBC, and you got a guy like Devin Haney fighting [Yuriorkis] Gamboa, a washed-out Gamboa, for a record [24-0, 15 knockouts] that he wants to keep safe and pretty.

“I would fight those guys. And I don’t mind it,” said Teofimo about him potentially fighting the winner of the December 7th fight between Haney and 39-year-old Gamboa.

Lopez’s remark about him being happy to become a two-time email champion is directed towards Haney and Gamboa, both being made world champions via email from the World Boxing Council.

In 2019, the WBC elevated Lomachenko to Franchise champion after he petitioned to be given that status. He that he wouldn’t have to be burdened by having to fight mandatories. At the same time, the WBC emailed Haney and made him the new 135-lb champion.

Haney’s method of becoming the WBC champion has prevented him from gaining the appeal from the boxing world the way normal fighters get when they beat a belt-holder.

If Haney had won his WBC title from Lomachenko in 2019, he would be a lot more respected.

Haney would do better for him to wait until he’s gotten a few solid wins under his belt before he steps up to the plate to fight Teofimo at 140 in the future.

Right now, Haney still hasn’t developed his man-strength, and he lacks the hand speed and experience to compete with Lopez.

“I don’t care. I don’t think any of those guys would step up to the plate, and if they do, they better be ready because I don’t fear no man,” said Lopez on fighting Haney or Gamboa next.

“And I told you guys already. I don’t care. I’m in there to fight, and if you’re not in there to fight with me, you’re going to lose like Loma,” Teofimo said when asked if he would fight Haney if he beats Gamboa.

He’s got the power and the speed to give Teofimo trouble, but he’s short at 5’5”, and he’s not in the same league as him with his boxing ability.

But Lomachenko showed that Teofimo tires easily when pressed, and Gervonta would take advantage of that by attacking him from the first round.

Gervonta won’t wait until the 8th to start putting the heat on Teofimo. If Teofimo fades quickly as he did against Loma, Tank would beat him and possibly knock him out.

Given that Teofimo just knocked off the boogeyman in the lightweight division with his one-sided 12 round thrashing of Vasily Lomachenko, he has nothing to be afraid of fighting the Haney-Gamboa winner.

Haney, 21, has no experience at the pro level against quality opposition, and he didn’t have an amateur career.

He’s clearly not ready to fight an accomplished pro like Teofimo, who has faced and beaten far better opposition as a pro. Also, Teofimo came from an accomplished amateur background before turning pro in 2016.

Teofimo, 23, is only to years older than the 21-year-old Haney, but there’s a world of difference between them in terms of experience.

Kildare’s Katelynn is Phelan on top of the world »