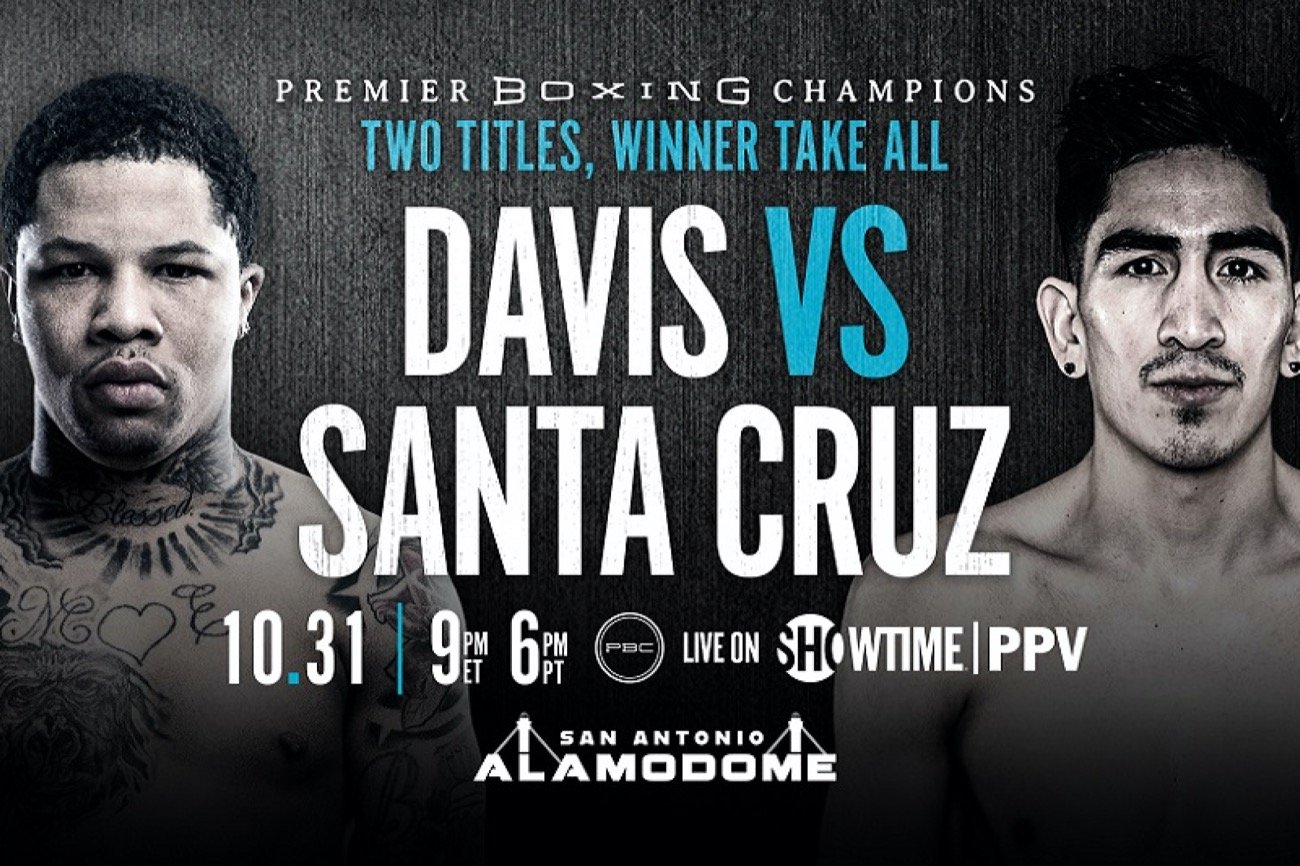 Channel 5 has announced an agreement with SHOWTIME Sports and Premier Boxing Champions to broadcast World Championship Boxing live in the UK.

Channel 5 will air the WBA Super Featherweight and WBA Lightweight world titles fight between three-time world champion Gervonta “Tank” Davis and four-division world champion Leo Santa Cruz. The boxers will square off for the world titles live from Texas, USA. The event will begin on Channel 5 on 1st November at 2am GMT Sunday morning, with the main event fighters anticipated to make the walk just before 4am GMT.

“We at Channel 5 are so proud to present one of the fights of the year in partnership with our ViacomCBS colleagues SHOWTIME. This latest matchup is testament to our commitment as a broadcaster to bring the British public world class boxing live and free,” said Caj Sohal, Head of Sports at Channel 5.

“We are proud to partner with Channel 5 to deliver this great event to the legions of passionate boxing fans across the UK,” said Stephen Espinoza, President, Showtime Sports and Event Programming. “This is a prime opportunity to work with a corporate partner to distribute high-impact sports content across our global platforms. Saturday night’s card is stacked with intriguing fights, and the main event is one of the most anticipated matchups of the year. We have a boxer with one of the sport’s highest knockout ratios in “Tank” Davis facing one of the busiest, highest pressure fighters in the sport in Leo Santa Cruz. The UK boxing fans deserved an outlet to watch this exciting fight card live, and thanks to Channel 5, they will be able to do so.”

The fight will also be made available on Channel 5’s streaming service My5 from 9am Sunday morning, as well as on ViacomCBS-owned Pluto TV in the UK.

About Channel 5
Channel 5 is a public service broadcaster and the UK’s third largest commercial TV station. Launched in March 1997, Channel 5 has been owned by ViacomCBS Networks International since September 2014. Channel 5, 5STAR, 5USA, 5Select and My5 TV reach 3 in 4 of the UK viewing public each month with a diverse schedule including issue-led documentaries, popular factual, accessible history, stunning natural history, inclusive entertainment and reality, top level sport, high quality scripted programming and critically acclaimed children’s, news and current affairs programming. Through its agenda-driving commissions, Channel 5 has led on societal issues from inequality to inner city gang life, homelessness to mental health, aiming to tell the story of modern Britain by reflecting the lives of people across the nation. In 2018, Channel 5 won its first BAFTA for Cruising with Jane McDonald and was named ‘Channel of the Year’ at the Edinburgh TV Festival. In 2019, Chanel 5 won best documentary award for The Abused at the RTS Awards, Edinburgh TV Awards and the Association of International Broadcasters Awards. In 2020, Channel 5 was crowned Channel of the Year at the Broadcast Digital Awards and Channel of the Year at the RTS awards.