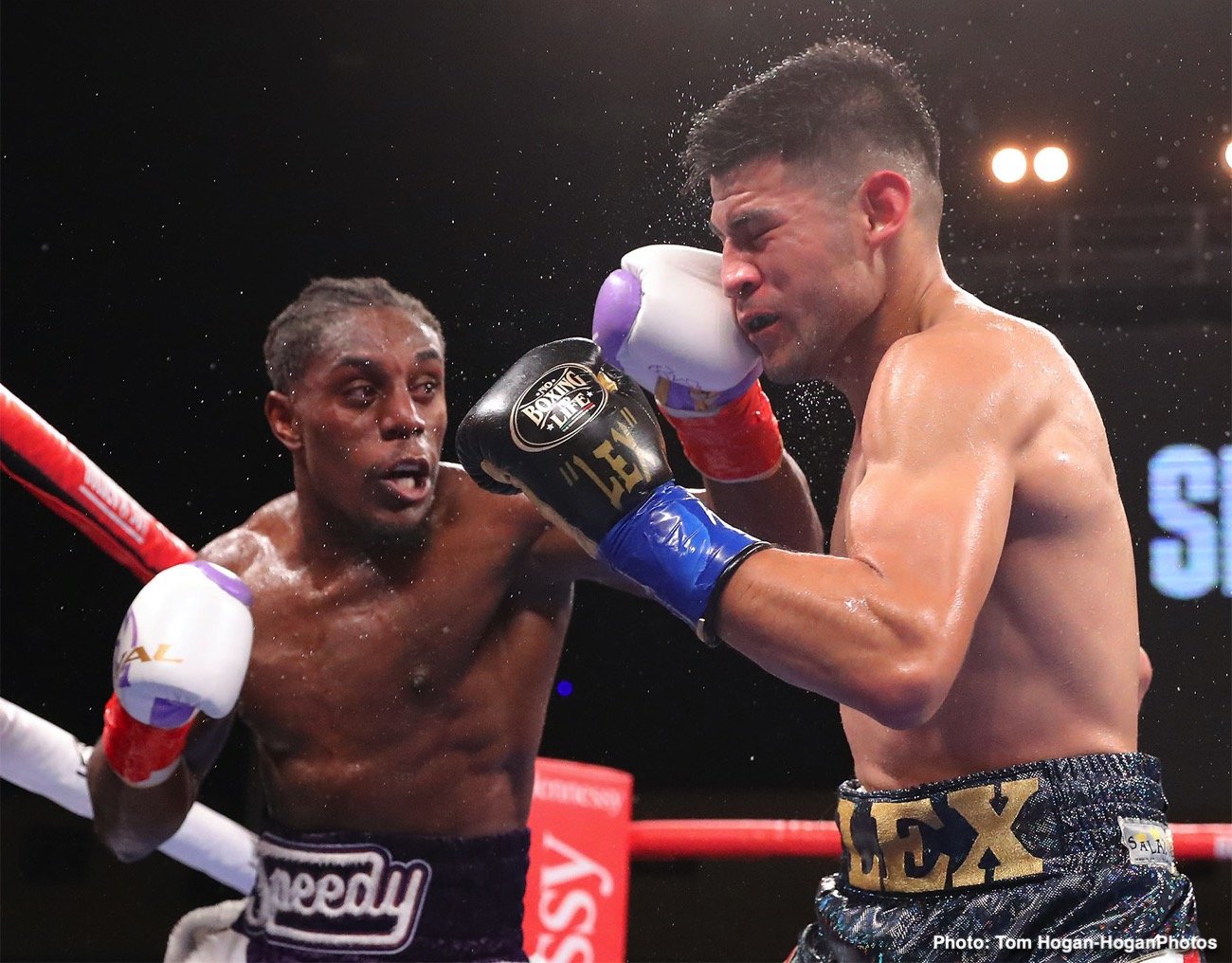 Mexican star Jaime Munguia (36-0, 29 KOs) retained his WBO Intercontinental Middleweight Championship by defeating Tureano Johnson (21-3-1, 15 KOs) of Nassau, Bahamas tonight at Fantasy Springs Resort Casino and live on DAZN. The fight ended in abrupt fashion after an uppercut from Munguia caused a severe cut on Johnson’s lip, which earned him the knockout win at the send of the sixth round.

“I’m delighted to get the victory,” said Jaime Munguia. “He surprised us early in the fight. He has a style that makes one very uncomfortable. But my corner told me to adjust and find my distance. Then I found the right uppercut. I saw that he had gotten cut from it, and then it was just a matter of time. I am ready for all the best fighters of my division.”

“Coming off a year-long layoff, I think my performance was great,” said Rashidi Ellis. “I did my thing and got a unanimous decision win against an undefeated, young prospect. He was a solid opponent. I knew it was going be tough since I’ve known him since the amateurs. I want all of the champions now.”

“I’m very happy to walk away with the victory,” said Elwin Soto. “I tried pressure as much as I good to score a win. These are the kind of tough fights you are in when a world title is at stake. His style was difficult for me, but I felt I did enough to win.”

Marlen Esparza (8-1, 1 KO) of Houston, Texas earned a shot at the WBC Flyweight World Title by scoring a unanimous decision win against previously undefeated Sulem Urbina (12-1, 2 KOs) of Hermosillo, Mexico in an eight-round fight. Esparza won with three scores of 80-72.

“I want to thank the WBC for this opportunity,” said Marlen Esparza. “I knew coming into this fight it would be a worthy fight, and I was very excited to showcase what I can do. I know there’s been a lot of changes in my camp since the last fight, all the reason for me to show the world what I can do. I’m ready to fight for the WBC Title next.”

Uzbekistan’s Bektemir Melikuziev (6-0, 5 KOs) captured the vacant WBO Intercontinental Super Middleweight Title by stopping Alan Campa (17-6, 11 KOs) of Guaymas, Mexico at :21 of the third round of a scheduled 10-round battle.

“I’m just happy to be in the ring,” said Bektimeir Melikuziev. “There are no ‘monsters’ at 168, and I’m not scared of anyone.”

“I knew he would be tough until I stopped him,” said Lamont Roach. “I got him with a hell of a shot. I’m planning to do this with everyone at 130. I’m just trying to capitalize on what I learned in the Jamel fight.”

“This was my first six-round fight, so it was a good learning experience,” said Tristan Kalkreuth. “I really wish I had gotten the stoppage because everyone wants a highlight-reel performance. When you hurt someone late in a round, you get a little anxious, so I wasn’t able to stop him but I’m happy to be back.”

Munguia vs. Johnson was a 12-round fight for the WBO Intercontinental Middleweight Title presented by Golden Boy in association with Zanfer Promotions. The event was sponsored by Hennessy “Never Stop. Never Settle” and “BetOnline – Your Online Sportsbook Experts.” The fight took place on Friday, October 30 at Fantasy Springs Resort Casino and was streamed live exclusively on DAZN. 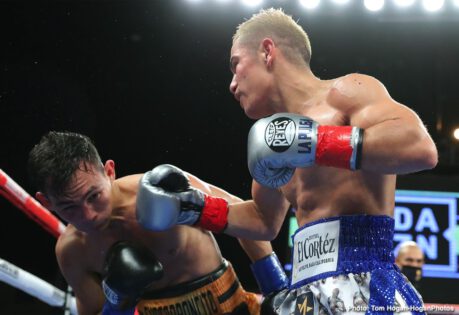 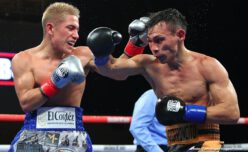 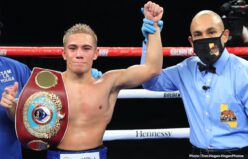 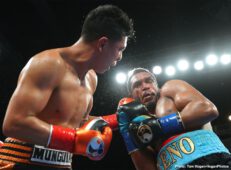 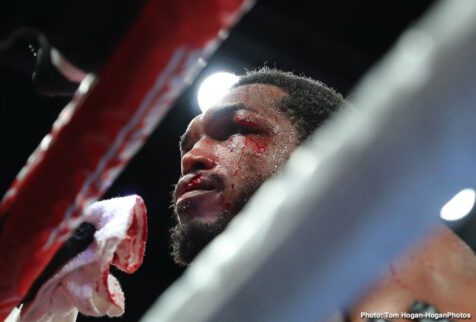 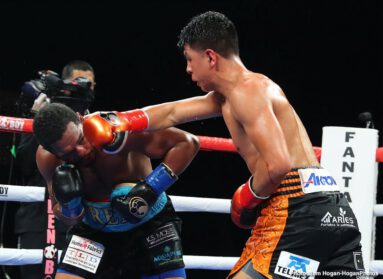 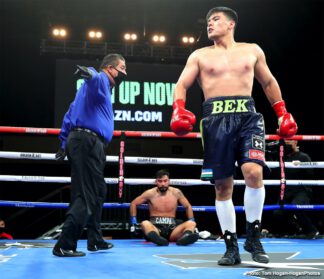 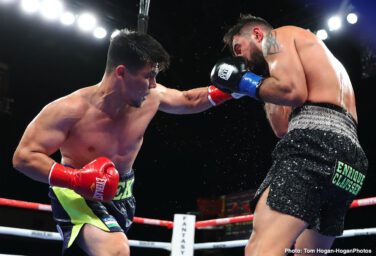 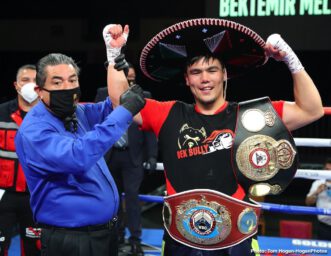 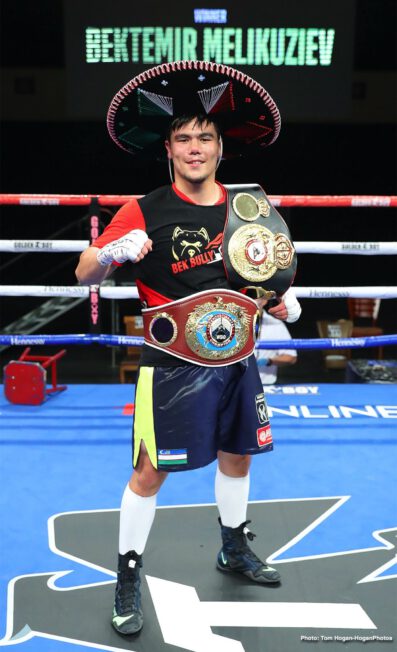 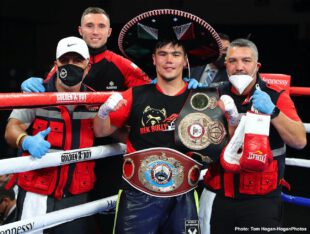 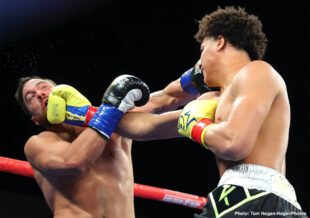 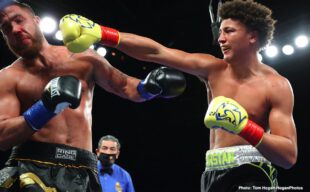 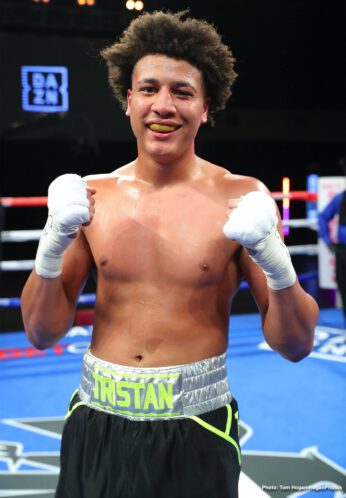 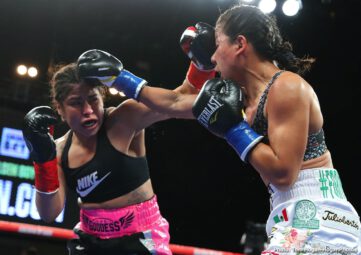 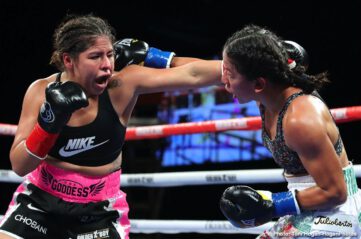 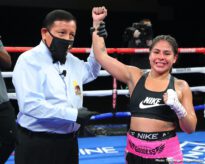 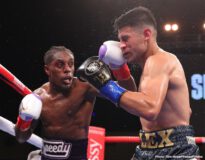 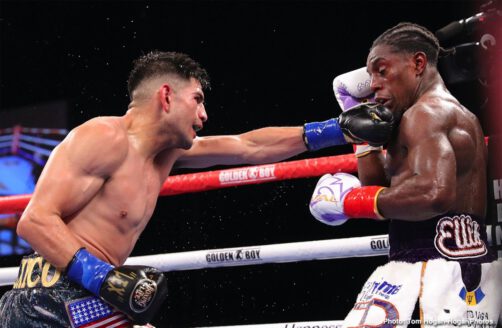 « Jaime Munguia Prevails in the Trenches over Tureano Johnson