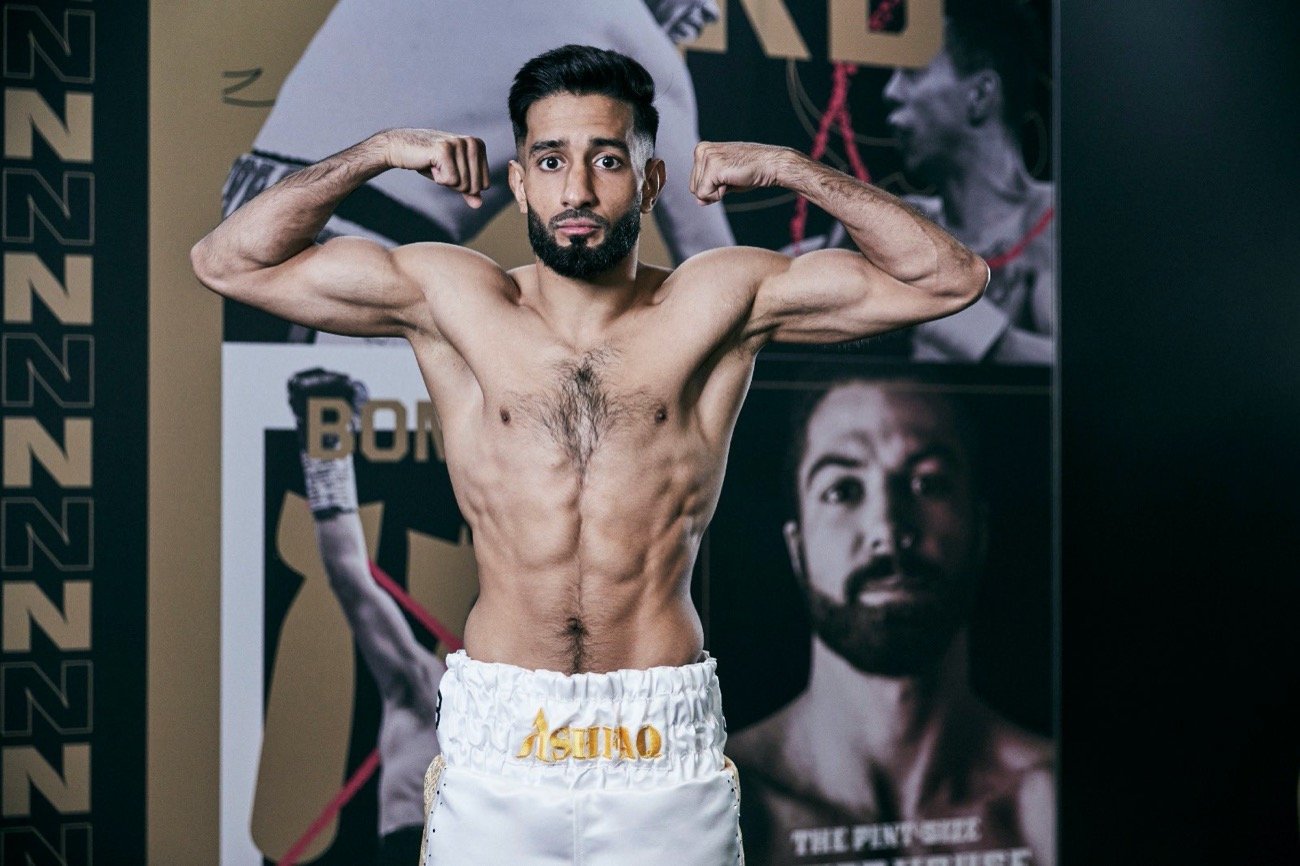 Salford’s Marc Leach believes his best will be enough to outmanoeuvre Qais Ashfaq when the pair meet in a Final Eliminator for the British Super-Bantamweight Title this Saturday October 17, live on Sky Sports in the UK and DAZN in the US.

After losing his professional debut back in 2014, ‘Livewire’ has remained unbeaten, winning 14 and drawing one of his contests since. The 26-year-old, who trains with Jamie Moore at the V.I.P Gym in Astley, jumped at the opportunity to take on his former sparring partner Ashfaq and plans to ‘shine’ on the big stage.

“I was supposed to fight in March but it was cancelled two days before because of the pandemic”, said Leach. “It was a bit of a setback, but it’s been a good turnaround for this fight and now is my time to shine.

“You can’t really take too much from sparring. It has been over a year since we sparred and he’s progressed his way, I’ve progressed my way. He may have learnt a few new tricks and skills but it’s all about who executes the game-plan right on the night.

“I believe it’s going to be a chess match for the first half of the fight because we’ve both got similar styles. I believe I have the speed to win, he’ll have the power, but I’m used to sparring people bigger and heavier than me. I feel stronger at this weight and can’t wait to perform.

Former amateur standout Ashfaq heads into this weekend’s showdown in Peterborough as the favourite with the bookies, but English Bantamweight Champion Leach is relishing his underdog tag and is promising to deliver a career-best performance under the lights.

“Being the underdog to me means you have nothing to lose and everything to gain. This is on his show and he has all the hype around him. The pressure is on him to perform and I do believe if I perform my best, I will win this fight.

“I’ve got to start sharp and fast and keep that pace up throughout the fight. I believe I will win comfortably and confidently and I will get him out of his rhythm early to get the victory.”

After winning Silver at the 2014 Commonwealth Games in Glasgow and representing Team GB at the 2016 Olympic Games in Rio, Qais Ashfaq has made a perfect start to life in the paid ranks, and the 258-managed talent is itching to push on for more titles.

Currently 8-0, Leeds southpaw Ashfaq claimed his first professional Title last November, outscoring Joe Ham on a technical decision to become WBA Continental Super-Bantamweight Champion in Manchester, and has since switched things up behind the scenes as he begins what he calls ‘the next chapter of his career’.

“I just felt like I needed a bit of a change,” said Ashfaq. “Me and Angel Fernandez had some friendly chat on social media and it was natural process. We got on straight away from that first session and I feel like he’s the perfect coach for me and what I need.

“Because of lockdown there was a lot of work over the phone to start with but once we got going face to face it was a lot easier after a slow start. Training in Loughborough is great for me being from Leeds, the facilities are unbelievable!”

The toughest test of Ashfaq’s career so far comes in the shape of friend and former sparring partner Marc Leach this Saturday, live on Sky Sports in the UK and DAZN in the US. The skilful ‘Livewire’ who remains unbeaten since losing his professional debut back in 2014, has since gone fifteen without loss.

“When the fight was put to us it was strange but we never shy away,” added Ashfaq. “Maybe they expect the same Qais they saw in sparring but sparring is different to fighting. Hopefully I will go out there and put on a great performance and win convincingly.

“When me and Marc get in the ring we won’t be friends but we will be shaking hands before and after. Once that bell rings, we’re enemies. I’ve been taking fights that were offered but it’s about time I get an opportunity like this. After I get this win I’m looking to push on towards that British Title.

“We have had a change in the whole set up, it wasn’t just coaching it was management as well. 258 are a great company to be working with and it’s exciting to see where the future goes. This is Ashfaq 2.0, the next level to my career and God willing it’s a very successful partnership. Im hoping to show what I’ve been learning with Angel and win well on Saturday.”