My Whirlwind 2020: Rachel Ball on Shannon Courtenay and Ebanie Bridges 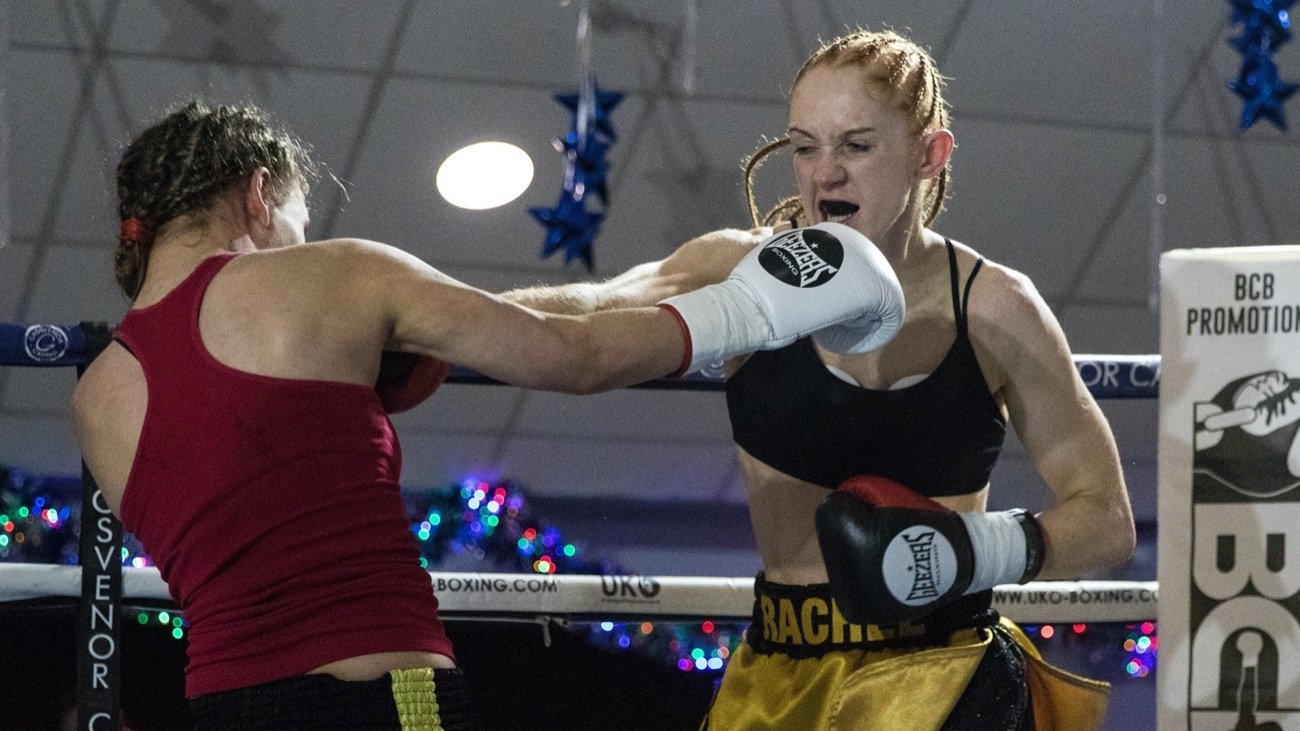 By Ian Aldous: Boxing is changing. Much as the world is changing and adapting to today’s current climate, the simple fact is that boxers must now take every opportunity offered or face being frozen out. Rachel Ball (6-1) took that risk when facing the then-undefeated Shannon Courtenay during Matchroom’s Fight Camp series. The West-Midlander seized her moment and dropped Courtenay on her way to a decision victory.

The reward for that risk is an immediate shot at the WBA bantamweight world championship on November 14th against Australia’s Ebanie Bridges (4-0). The unassuming Ball gained a lot of new fans during fight week prior to her win at ‘Matchroom Square Garden’ and may well do the same in the build-up to her clash with Bridges.

“I’m very smiley before the fight in my interviews and as soon as I get in that ring – there’s no smiles and it’s all seriousness,” the twenty-nine year-old said. “I’m going to give it my all and hopefully there’ll be fireworks in there.”

Despite the two title challengers appearing to have vastly differing personalities, they know each other well and have even developed a friendship from opposite ends of the planet.

“We’re friends. We’ve been speaking, just online really, for the past few years,” Ball explained. “We do get on really well. We’re not really messaging each other so much at the moment during the build-up because we know that it’s just business.”

Ball is hardly a prolific user of social media and is intent on doing her talking inside the ring. Bridges, on the other hand, is more than happy to flaunt her body online for all to see. It’s an image that many believe has seen her handed this world title opportunity, somewhat undeservedly. Ball doesn’t read much into that theory and is taking her competition very seriously.

“You can’t underestimate anyone who’s going to get in the ring. She’s going to be a lot shorter than me (eight inches according to Boxrec!), so I’ve got to make sure she doesn’t use her weight distribution – because I’m a lot taller – and take advantage and bully me around the ring. I know she’s going to be really strong and it’ll be an exciting fight.”

The three-time kickboxing world champion will hope to add a first boxing world title to her collection on November 14th, whilst still holding down a full-time job. It’s a relentless schedule for a fighter who likes to stay busy.

“I train before I go to work and at lunchtime – I either go for a walk or do a training session,” the social care worker explains. “After work I’ll go to the gym. For me, it’s just normal life. It’s what I’ve been used to for however long I’ve been fighting, to be honest. I don’t take time off to prepare for my camp. I can’t train for 7-8 hours a day. I may as well make use of my time and progress with my social work career as well.”

It’s a dedication that only people within the sport can truly understand. In her post-fight interview following the win over Courtenay; the elation, delight and relief were clear to see as a visibly emotional Ball spoke to Andy Clarke.

“It meant a lot to me. Boxing does mean a lot to me,” she admitted. “I’m the kind of person who gets very happy and excited and appreciates everything in life. When good things happen – I do celebrate and (laughs) I do get a bit emotional. It was like a magical week going there. I went as the underdog and then more people got to know me and my personality. I won a few people’s hearts over and people started to believe in me as well. When I went in there, the odds were more 50/50. To get the win as well, was just incredible.”

Ball and Courtenay have had contrasting professional careers so far. One has worked her way up via the small-halls of the Midlands fight scene whilst the other has been pushed to the moon by the Matchroom promotional machine. Their compelling Fight Camp battle illustrated that both are heading to the top of the game.

“She did get up really well from it (the heavy knockdown). All credit and respect to her,” Ball told me. “She is a tough opponent and I think she did perform well on the night. For me, it wasn’t my 100% – not for lack of trying, but just in terms of my performance. There are several factors that could be attributed to that. I got the win, so I did enough and I’m happy with it.”

If she is successful and walks away with the WBA strap next month, talk of a rematch with Courtenay has already surfaced due to the exciting and competitive nature of their first encounter. With this being at 118lbs, weight could scupper the chances of ever seeing Ball/Courtenay 2.

“It was meant to be at super-bantamweight (the original fight) but I had a phone call a week or two after the fight was confirmed saying that she won’t be able to make the weight and that she can do 9st 1lb (127lbs).”

Ball herself hasn’t competed below 123lbs and making the bantamweight limit for a maiden time will likely prove to be a challenge in itself, but a scenario she’s professional enough to complete.

“It’s the lightest that I’ll be able to get to, physically,” she said. “I haven’t fought at this weight. It’s going to be new for me. It’s going to be a learning curve to see how I am, but it’s a day-before weigh-in. You’ve got to make weight and then (in 24 hours) you can refuel.”

Women’s boxing is currently riding the crest of a wave and the prospect of three-minute rounds glimmers in the distance. Either way, Ball just hopes that the pugilists themselves are consulted.

“I know the amateur girls do the three-minute rounds at the elite (level). For me, I’m happy to do two minutes. I think it suits me better and I think it’s more of an exciting fight really. Women physically are different from men and it’s just making sure that we get the optimum fight out of women at whatever duration they choose.”

“The people who make these decisions are basically all men; whether it’s the boxing board or the massive promoters. My hope in whatever is decided is that the women are consulted about it because I think it would be a ridiculous thing to put in place if you hadn’t consulted the very people it’s going to affect. That is my hope.”