Miguel Vazquez signs up with MTK 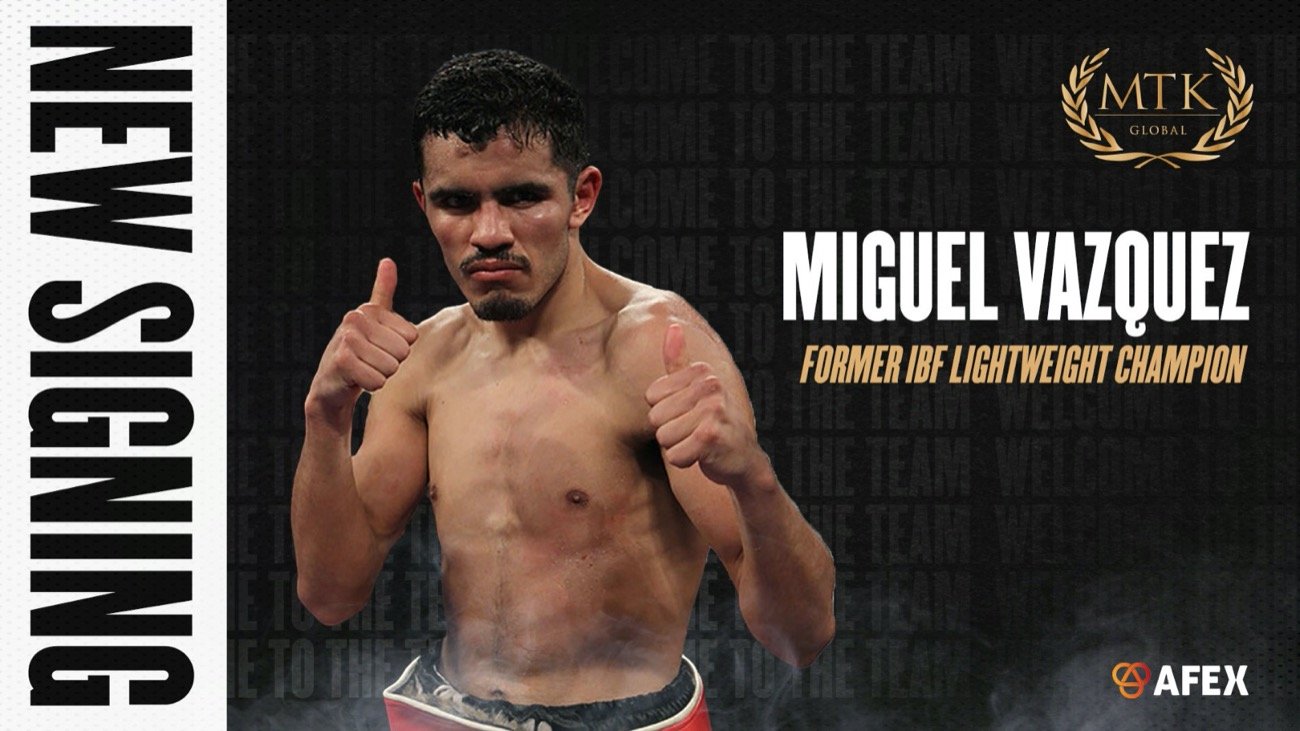 The 33-year-old Mexican star was recently in action when he put in a superb performance against Lewis Ritson, and he’s delighted to be signing with the company.

Vazquez said: “I’m very happy to join MTK Global. They have a very serious team that has delivered everything that they have committed too. It’s a great company and I’m so glad to join them.

“I’m happy that people are recognising my talent and style and that I’m getting support from different corners from the world. I had a rough start in my career but have been quite solid through it, and that people recognise this hard work is very fulfilling for me.

“It’s an honour to be working with a company that manages such big names. It is huge motivation for me to work even harder and put my name among the elite fighters in the division and sport. I know that MTK Global will give me good fights and I know they will give the opportunities that I need.”

“He’s been operating at the highest level for more than a decade and UK fans know him well from recent battles with MTK trio Josh Taylor, Ohara Davies and Lewis Ritson.

“Luck hasn’t always been on Miguel’s side but he remains as determined as ever to become a two-time world champion and our job now is to help him reach that goal.”

News on Vazquez’s first fight as an MTK Global boxer will be announced in due course.

Lomachenko wants rematch with Teofimo after his shoulder heals »