By Chris Williams: Floyd Mayweather Jr is again offering to train former WBC heavyweight champion Deontay ‘The Bronze Bomber’ Wilder (42-1-1, 41 KOs) to get him ready to avenge his loss to Tyson Fury (30-0, 21 KOs) in early December.

According to boxing legend Mayweather, the 6’7″ Wilder only needs the fundamentals, and he’ll teach him the rest to beat Fury.

The powerful Deontay needs to make minor adjustments for him to beat Fry in the third fight because he’s already got the bazooka-like right hand to knock him out.

At this point, Wilder needs some pointers from Mayweather to help him rip his WBC title away from Fury in the second fight. We saw the improvements Fury made in his game after he dumped coach Ben Davison and replaced him with SugarHill Steward. 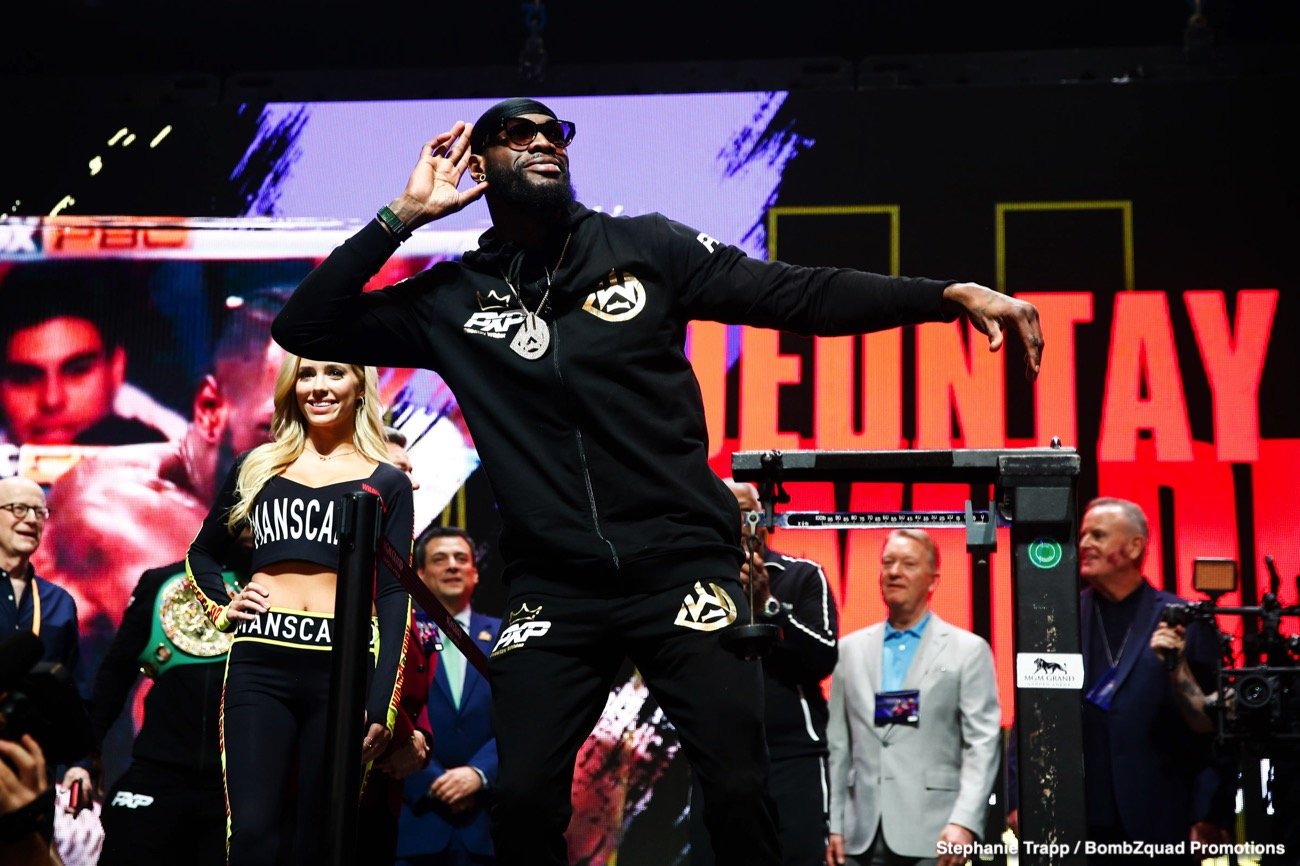 “He’s got bombs, we can’t say that, but we can make his skills a lot better. But one shocking equalizer can end the fight,” said Mayweather when told by host Shannon Sharpe that Anthony Joshua and Fury possess better boxing skills than Wilder.

Deontay has nothing to lose in accepting Mayweather’s offer to help him train for the fight. We’ve already seen that Wilder’s longtime trainer Jay Deas hasn’t made enough of an impact to help him win the first two fights with Fury.

Wilder needs a different teaching angle that Mayweather would give him because we already know that what he’s been taught hasn’t worked for him against ‘The Gypsy King.’

After being hurt by Fury in the third round, Wilder should have adapted and stayed off the ropes, but he didn’t. He kept backing up and trying to fight Fury from that spot inside the ring, which made him an easy mark. 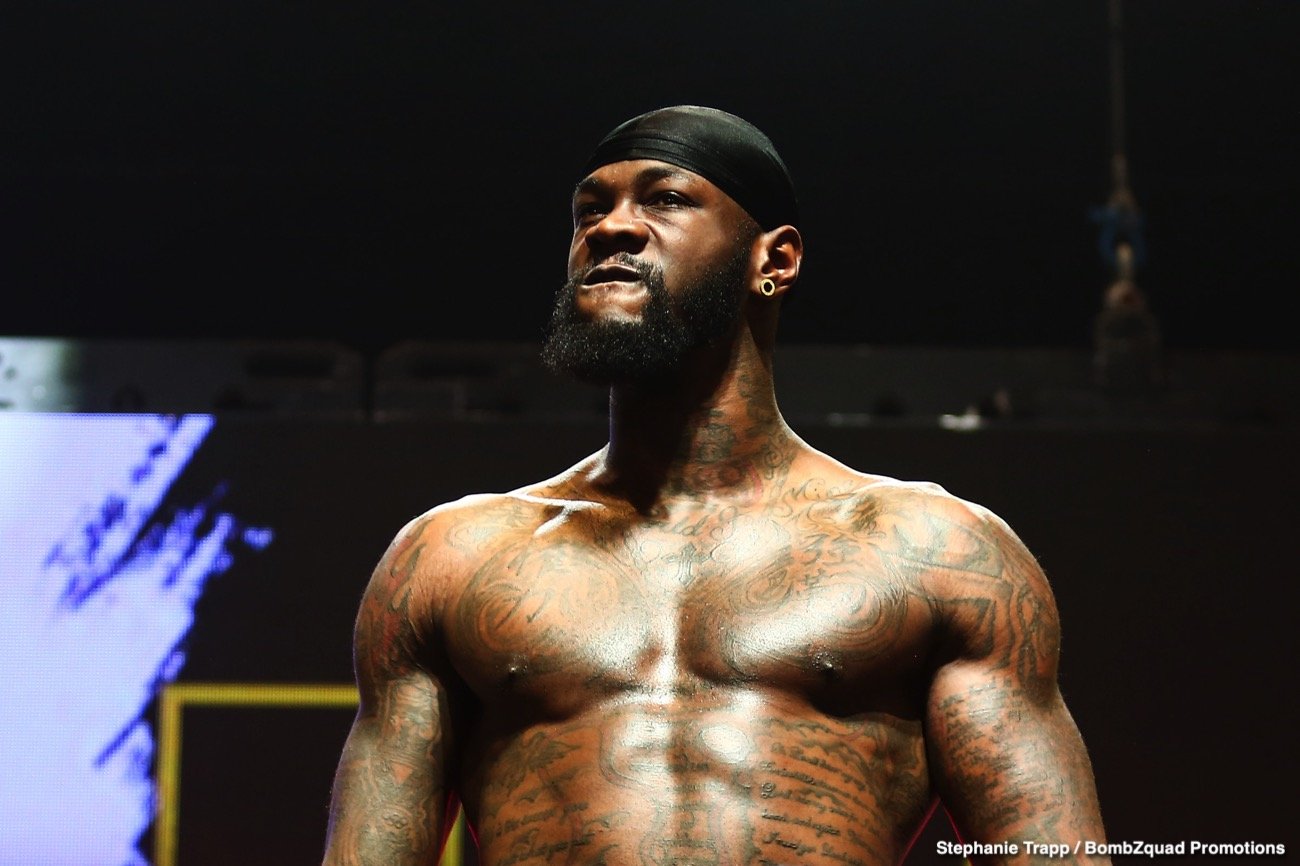 Although Wilder has an excellent right hand, his jab looks weak in comparison, and he hasn’t developed it or his left hand enough for it to be a weapon for him.

If Wilder had a jab like former heavyweight world champion Larry Holmes, he would have given the 6’9″ Fury something to think about last February.

Floyd: Wilder only needs the fundamentals

“The only thing he needs is the fundamentals, and I can do the rest,” said Mayweather of Wilder ahead of his trilogy match with Fury. “Remember, I can’t walk people into punches because I’m a defensive wizard.”

Wilder doesn’t have the fundamentals yet in his game because he probably would have beaten Fury twice by now if he did. The only thing Wilder has is his right-hand power and good hand speed.

If Wilder can land his right hand with better accuracy, he’ll knock out Fury for sure in the trilogy unless we get a long count, which some boxing fans feel saved the British fighter in the first contest.

If Wilder is going to face Fury in early December, as Top Rank promoter Bob Arum is talking about, then Deontay must begin working with Mayweather right now. Wilder will need all the time he can get for him to learn the things that Mayweather wants to teach him.

Fury already knows how Wilder fights, so he can’t continue to use the same approach for the third contest without being beaten up by Fury once again. Wilder needs to have a completely different look fr him to have a shot at winning the fight.

In the latest news, Wilder will be using former fringe contender Malik Scott as an insistent coach. While that may sound a good move for Wilder, he needs someone who has won world titles before to help him. Mayweather fits that description to the tee. 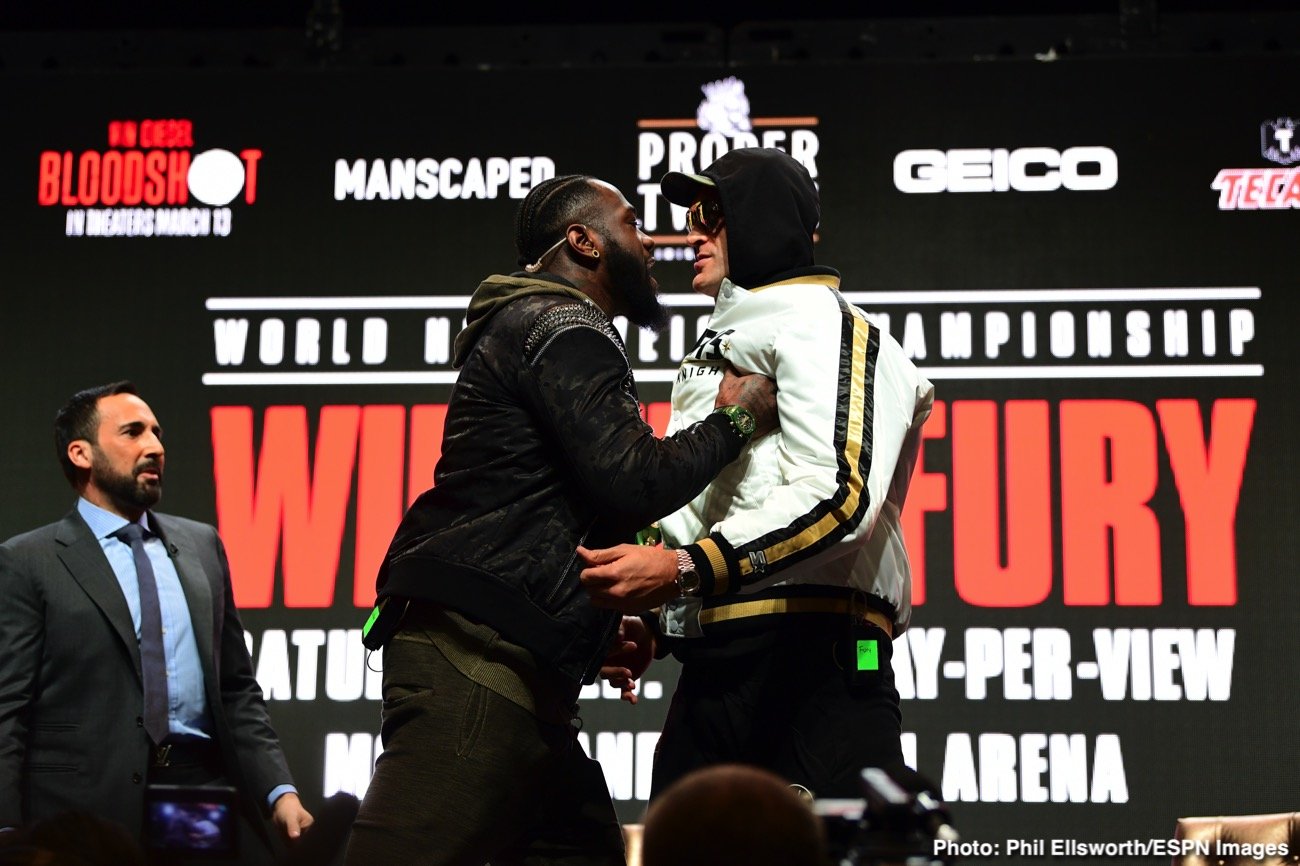 “I can help him [Wilder]. All he’s got to do is. Deontay Wilder is with us anyway,” said Floyd. “He’s with Al Haymon anyway. I’m here to help fighters. So even fighters like Deontay Wilder, I’m here.

“All he’s got to do is know what he wants to do, and we can make it happen. I’m here to help fighters,” said Mayweather.

Wilder should have already contacted Mayweather to accept his offer because this isn’t the first time he’s offered to help. Mayweather has been talking about wanting to help Deontay, so he needs to take advantage of the offer while he still can.

The gloves must be checked out well for the trilogy match so that we don’t see a repeat of the second fight.