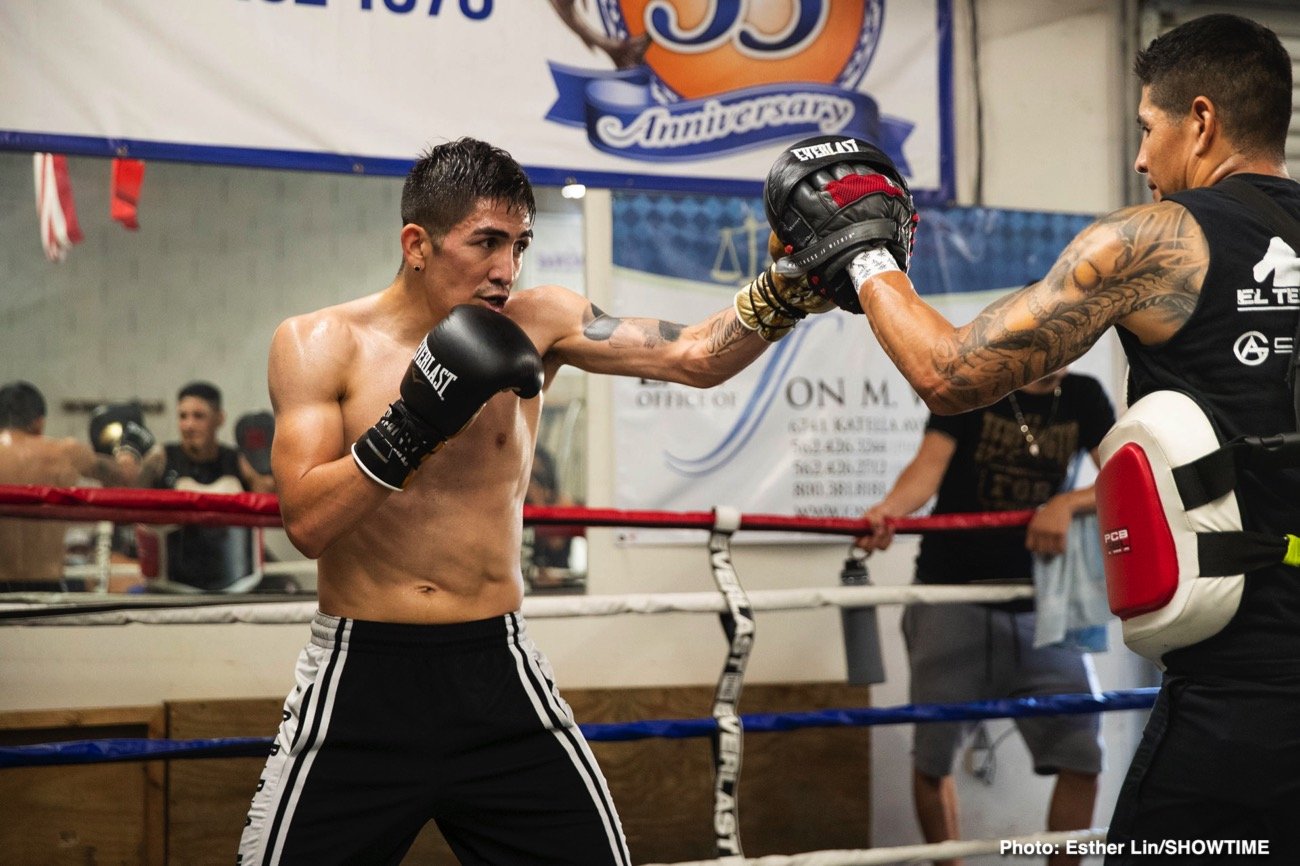 Santa Cruz and Davis will fight for the WBA Super Featherweight and WBA Lightweight championships in the rare clash in boxing history in which world titles in two weight classes will be at stake.

Other notable instances in recent boxing history are the 1988 Sugar Ray Leonard vs. Donny Lalonde fight for the light heavyweight and super-middleweight titles and the 2014 Floyd Mayweather vs. Marcos Maidana rematch for the super welterweight and welterweight championships.

The event is promoted by Mayweather Promotions, TGB Promotions, GTD Promotions, and Santa Cruz Boxing Club. Tickets are on sale now and can be purchased at Ticketmaster.com.

The Alamodome has implemented a comprehensive health and safety plan to protect against the spread of the coronavirus. All fans attending the event will be screened upon entry and are required to wear a mask and follow social distancing guidelines.

Tickets will be distributed in seat blocks known as “pods” to maintain distance between groups, not from the same party. For more information, visit Alamodome.com.

Here is what the workout participants had to say Tuesday in Los Angeles:

“I’m looking forward to being the main event on pay-per-view. We’re going to lay it all out on the line and give a great show for the fans.

“Being the underdog is definitely extra motivation. People think I’m the smaller guy, but I asked for this fight for a reason. I’m ready to prove everyone wrong.

“People thought I didn’t want to fight big names or challenging opponents, so who better to fight than Gervonta Davis? He has great skills and great power. I’m going to show everyone that I’m not scared of anyone.

“This is the hardest fight of my career, so I’m training harder than ever. This is the best camp I’ve ever had, and I feel strong and ready. I’ve never been in this good of shape.

“People doubt me. So that makes me want to go out there even more and give a great fight. I want to prove myself, compete, and give it my all.

“Gervonta doesn’t have the experience that I have. I have to watch out for the first few rounds and be careful, but I’m still a warrior who wants to mix it up. We’re going to do a little of both the brawling and boxing. In the end, I know that I have to do whatever I can to win the fight.

“Hearing the fans in the crowd lifts me. It’s extra motivation. They’re the ones who have got me in this position. I’m preparing hard so that I can give everyone their money’s worth. I’m going to risk it all and come out with the victory.

“It’s extraordinary to be in this position. I don’t have the words to express how it makes me feel. I’m very grateful. This is what I’ve dreamed of since I was a child. Now that it’s here, I can’t believe it, and I can’t wait.

“I’ve learned that you always have to be hungry in the gym. You have to be hungry even if you’re already champion. I train like it’s for my first world title every time. This is the opportunity of a lifetime, and I’m going to give it my all.

“When you have a fighter on top of you throwing punches, you can’t think, and you can get frustrated. I know he’s going to try to counterpunch me, and I have to be smart. But I’m going to use everything in my arsenal to make sure he’s uncomfortable.

“Gervonta is dangerous until the last round. We’ve been practicing avoiding those big shots. I have to listen to my corner and stay calm.

“I’ll be making history as a five-division world champion from Mexico if I win. I think the winner of the fight deserves to be on the pound-for-pound top 10 list; that makes this fight even more important.”

“Leo has put on some muscle, and his power has gone up a lot. He’s looking solid. People say that Gervonta is a monster in the ring, but I think Leo will be the monster on October 31.

“We always follow the advice of our father, Jose. He’s making the rules while I’m in the ring with Leo. He knows what he’s doing. He’s proven it fight after fight with Leo.

“Leo has brought his power up in weight with him. When he hits the mitts, I can feel the increased strength that he has. I think it’s going to help him in the ring because Gervonta will have to respect that power.

“Gervonta is a knockout artist, but I, of course, believe that Leo can take him. Leo is smart and so dedicated. He has the extra motivation to see our father still here fighting through his cancer. He sees how strong he is fighting and knows he can be strong enough to beat Gervonta.

“I think that Leo is going to throw too many punches and put too much pressure. Leo has the experience and the intelligence to get this win.” 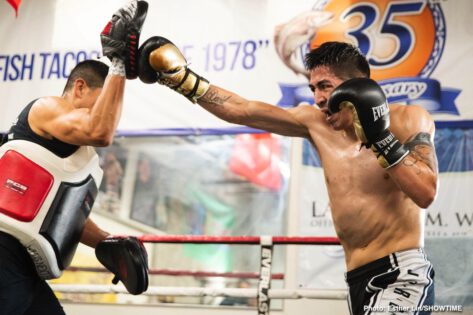 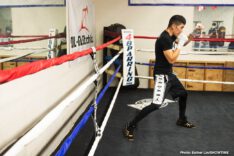 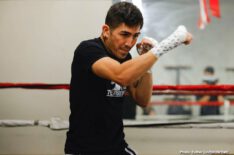 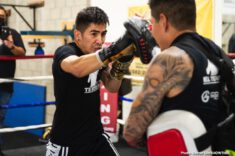 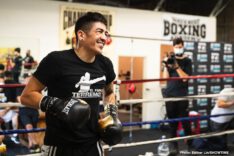 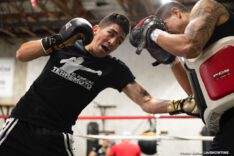 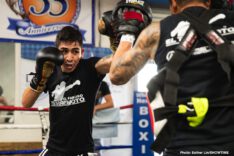 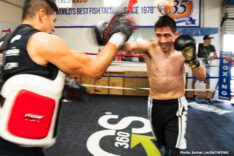 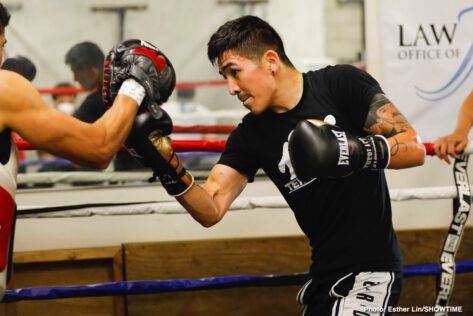 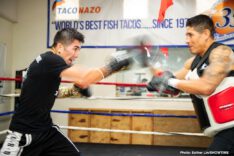 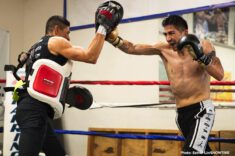 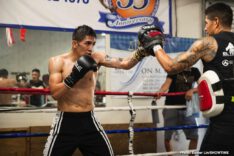 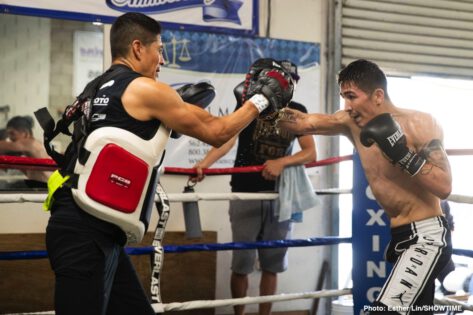 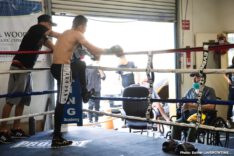 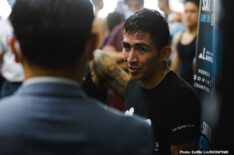 « Sergey Lipinets ready for Custio Clayton on Oct.24 on Showtime

Lomachenko vs. Lopez peaked at around 3 million viewers on ESPN »