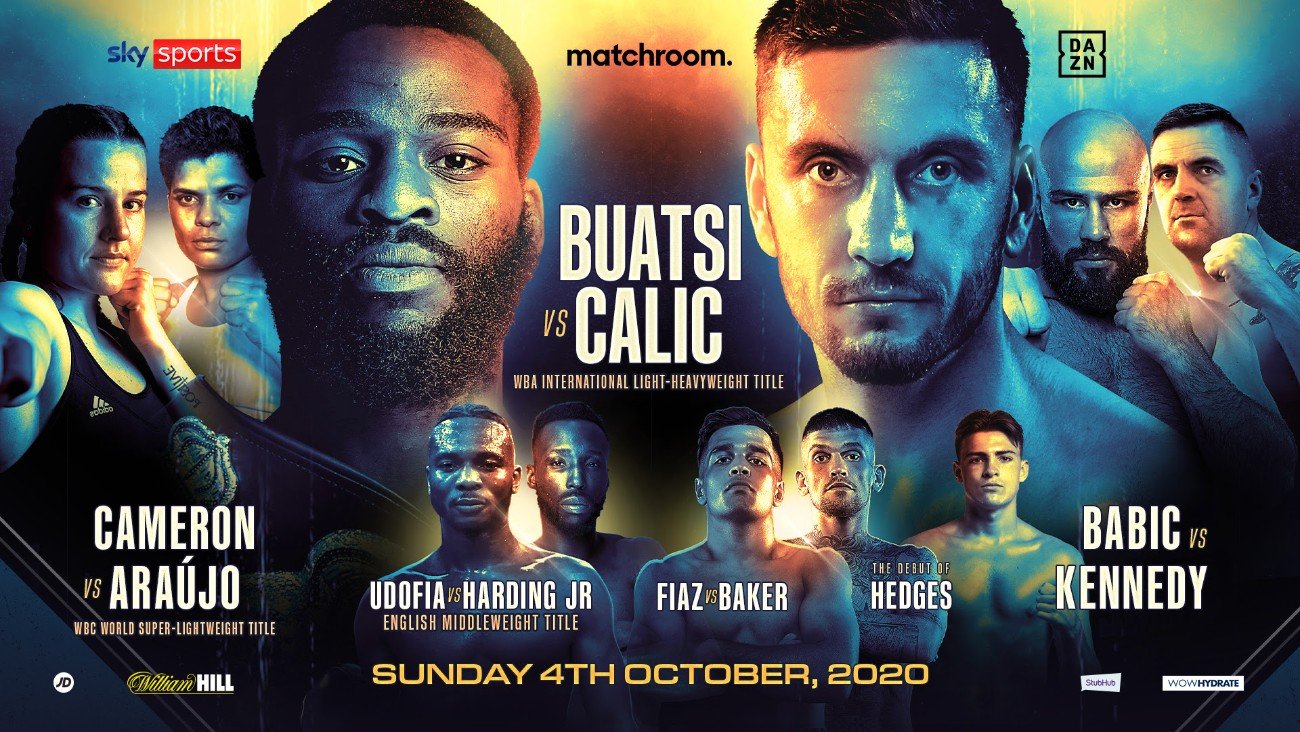 Matchroom Boxing have transformed the Marshall Arena at Stadium MK in Milton Keynes ahead of rising Light-Heavyweight star Joshua Buatsi’s return to the ring against Marko Calic on Sunday, shown live on Sky Sports in the UK and DAZN in the US.

The largest indoor space in the town, Marshall Arena opened its doors in 2014 to host the National Badminton Championships. Since then it has hosted several major sporting events, including the PDC 2020 World Matchplay and Premier League Darts.

As well as playing host to Matchroom Boxing’s latest behind closed doors event this weekend, Marshall Arena is also the home of the BetVictor Championship League Snooker for the week, with all of the action shown on Matchroom Live.

The testing of all boxers, their teams and support staff began at the start of the week, with individuals being tested for Coronavirus before being allowed entry into the official hotel bio bubble to participate in the media events.

A state-of-the-art media zone has been built onsite where fighters on the card will undergo their media obligations, including today’s media session, tomorrow’s press conference chaired by promoter Eddie Hearn and Saturday’s weigh-in.

Fighters are able to put the finishing touches to their training camps in the boxing gym that has been constructed on the site of the hotel. The gym includes a boxing ring, heavy bag, speedball, stretching area and cardio equipment.

“After the success of Fight Camp, we needed a blank canvas to create a creative solution to boxing behind closed doors,” said Promoter Eddie Hearn. “The Marshall Arena and the Stadium MK facilities have proved perfect across our PDC Darts and World Snooker events and I’m excited for fight fans to see our efforts this week and particularly Sunday night.”

Joshua Buatsi says there is no chance of him underestimating former Croatian amateur standout and current undefeated professional Marko Calic ahead of their ten-round clash for the WBA International Light-Heavyweight crown this Sunday, October 4.

The Joshua vs. Calic fight will be shown live on Sky Sports in the UK and DAZN in the US.

Rio 2016 Olympic bronze medallist Buatsi (12-0, 10 KOs) hasn’t fought since he became the first man to stop Canada’s Ryan Ford on Vasyl Lomachenko vs. Luke Campbell at The O2 in London last August. The Anthony Joshua-backed talent will be looking to make up for lost time following over a year out of the ring.

Standing in his way of huge fights with London rival Anthony Yarde and Matchroom stablemate Callum Johnson is Calic. He’s a 6′ 3″ former Heavyweight amateur who is promising to seize his golden opportunity on the big stage, with no intention of serving as a mere stepping stone for rising star Buatsi.

“Marko Calic is a solid opponent who will be coming to win,” said Buatsi. “He’s very experienced in the amateur scene and was around on the circuit years before me. He boxed in the 91kg category as an amateur; I always fought at 81kg. He’s represented his country in many tournaments, Europeans, World Championships, and the World Series of Boxing.

“This is a well-established amateur. As a pro, he is undefeated with a record of 11-0. That’s all I need to know about him. He had loads of WSB fights, so he knows what he is doing. He knows how to handle himself. It’s my job to go in there and to come out on top, which I’m very confident in doing. I’m doing everything that I can to make sure that I remain unbeaten on October 4. 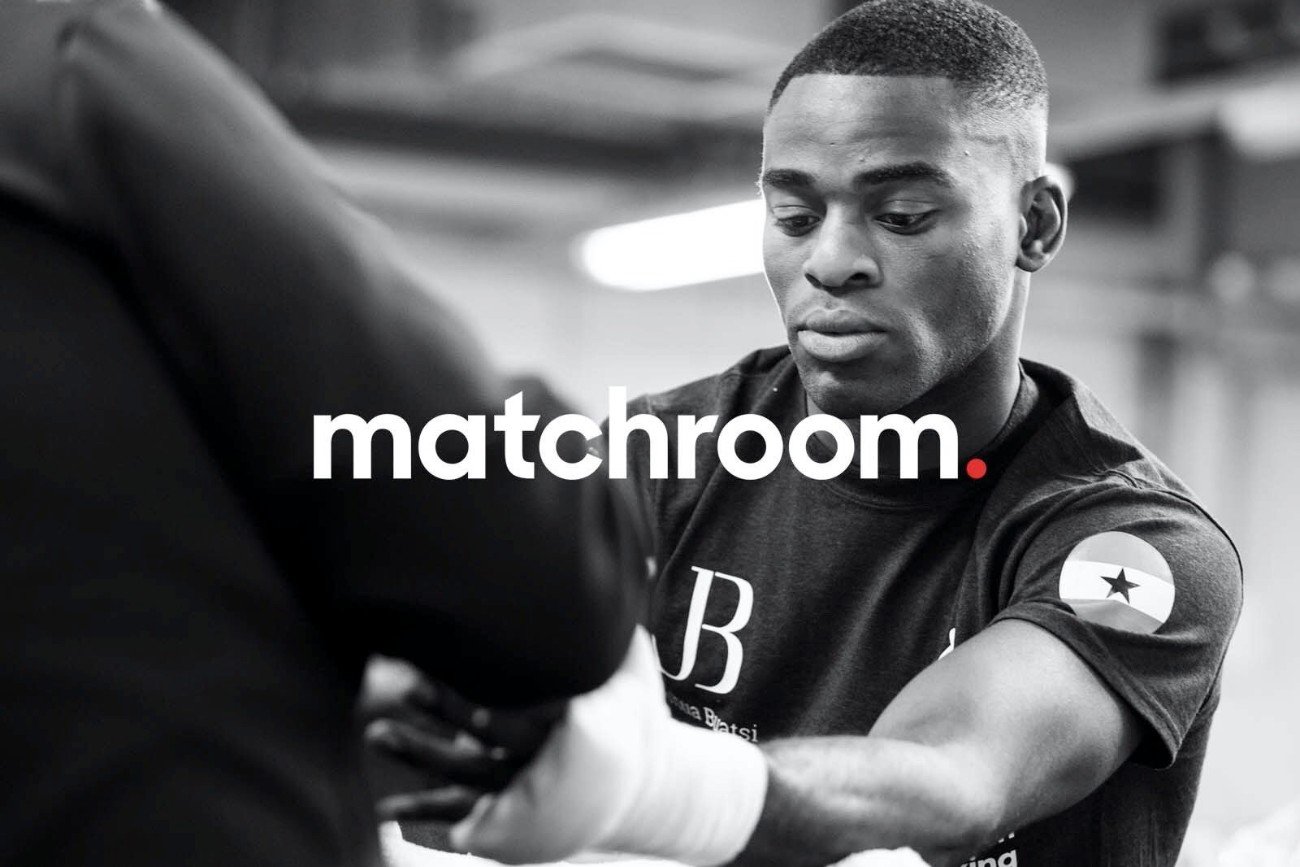 “He’ll be game, and he’ll try it, but that’s what I’m expecting, so I’ll be there too. If the opportunity for a knockout comes, as always, I’ll take it. The aim is to go out there and box, get some rounds in. I wouldn’t shy away from saying if I hurt someone within the first couple of rounds, I’m here to close the show. The overall aim is to win. That’s where my mindset is at. On October 4, that’s what I’m getting in there to do.”

Buatsi vs. Calic tops a big night of action. The undercard fights are as follows:

Takeley Super-Middleweight giant John Hedges isn’t short on confidence ahead of his keenly anticipated professional debut on the undercard of Joshua Buatsi vs. Marko Calic on Sunday October 4, shown live on Sky Sports in the UK and DAZN in the US.

The elusive 6’ 5” southpaw, recently signed to Eddie Hearn’s Matchroom Boxing, meets Jan Ardon over four rounds on his introduction to the paid ranks following a glittering spell in the amateurs in which he won four National Titles and seven International Titles, amassing an impressive 40 wins from 44 fights.

Known as ‘Gentleman John’, the gifted 18-year-old prospect fights out of the Hoddesdon Boxing Academy in Hertfordshire under the guidance of his trainer Sab Leo, and now finds himself part of a Matchroom stable that boasts two undefeated 168lbs World Champions in Callum Smith and Billy Joe Saunders.

Essex native Hedges, also guided by Sam Jones of S-JAM Boxing, believes his flashy style is well-suited to the pro game and will help establish him as a fan favourite as he looks to become the latest traveller to make a name for themselves in the squared circle.

“It’s a big ‘un isn’t it!” said Hedges. “My first fight live on Sky Sports on a massive undercard, what more could you ask for? This is where I want to be, and I’ll start as I mean to go on. This is a big show and I hope it brings big things for me.

“I’m buzzing with everything at the moment. Seeing all of the publicity around my signing and my debut is amazing. I’ve got a great following and I’m loving every minute of it. I’ve been in the gym every day training hard so roll on October 4, we’re ready to go.

“Naturally you feel a bit of pressure. Being this young it’s all new to me. Any young fighter will say it’s natural pressure from being put on the big stage live on Sky Sports. I’m getting put in at the deep end and I think I’ll shine brighter because of it.

“Some people crumble under pressure but I believe this is the best way I could have gone about things, going straight in at the deep end and into the limelight. I want to be the best prospect in Britain. That’s my main aim for now.

“I honestly believe that I will become a World Champion one day. I will get to that level. I’m not in a rush. I’ve got to prove myself, and October 4 is the first step of my mission. I’m going to take things step-by-step. When the opportunities present themselves, I’m going to take them as quickly as I can.”

Hedges vs. Ardon is part of a big night of action topped by Croydon’s rising Light-Heavyweight star Joshua Buatsi (12-0, 10 KOs) defending his WBA International Title against undefeated Croat Marko Calic (11-0, 6 KOs), Chantelle Cameron (12-0, 7 KOs) land a World Title shot in her very first bout as a Matchroom fighter as she takes on Brazil’s Adriana Dos Santos Araujo (6-0, 1 KO) for the vacant WBC Super-Lightweight crown, ‘The Savage’ Alen Babic (4-0, 4 KOs) returns to the UK looking to impress again as he locks horns with Irishman Niall Kennedy (13-1-1, 8 KOs) in an eight round Heavyweight contest, Luton’s Linus Udofia (15-0, 7 KOs) puts his English Middleweight Title on the line for the first time against Dillian Whyte-backed Brixton man John Harding Jr (8-1-1, 2 KOs) and Aqib Fiaz (5-0) and Kane Baker (13-6) look to settle the score after their Fight Camp disappointment.


« Devin Haney vs. Yuriorkis Gamboa in Hollywood, Florida on Nov.7

Mayweather interested in fighting Khabib and McGregor for $600 million »