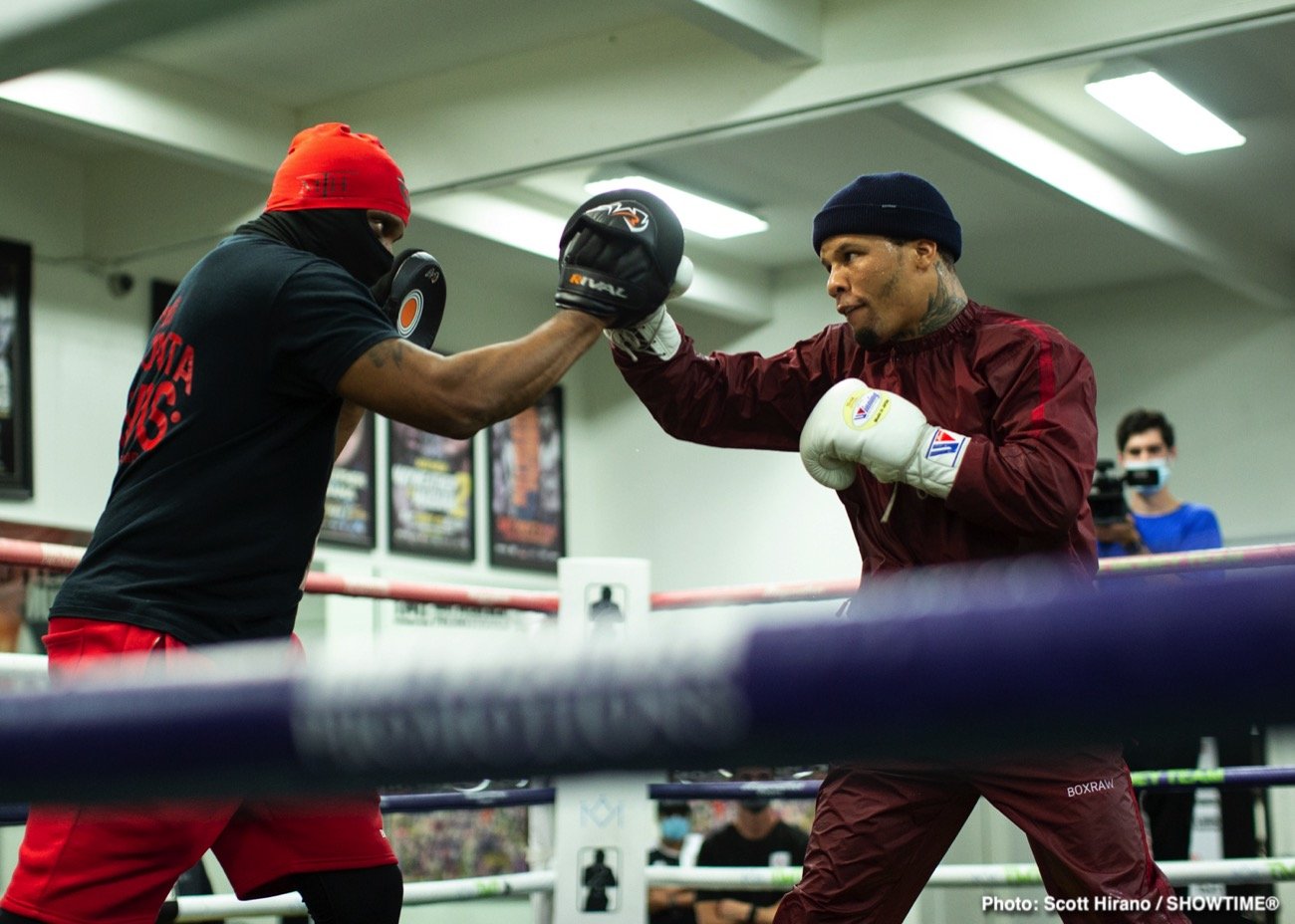 Three-time world champion Gervonta “Tank” Davis shared insight into his training camp Wednesday as he showed off his skills during a virtual media workout ahead of his SHOWTIME PPV clash against four-division champion Leo “El Terremoto” Santa Cruz that headlines action Saturday, October 31 from Alamodome in San Antonio, Texas in an event presented by Premier Boxing Champions.

Davis and Santa Cruz will fight for the WBA Super Featherweight and WBA Lightweight Championships in the rare clash in boxing history in which world titles in two weight classes will be at stake. Other notable instances in recent boxing history are the 1988 Sugar Ray Leonard vs. Donny Lalonde fight for the light heavyweight and super middleweight titles, and the 2014 Floyd Mayweather vs. Marcos Maidana rematch for the super welterweight and welterweight championships.

The event is promoted by Mayweather Promotions, TGB Promotions, GTD Promotions and Santa Cruz Boxing Club. Tickets are on sale now and can be purchased at Ticketmaster.com. The Alamodome has implemented a comprehensive health and safety plan to protect against the spread of the coronavirus. All fans attending the event will be screened upon entry and are required to wear a mask as well as follow social distancing guidelines. Tickets will be distributed in seat blocks known as “pods” to maintain distance between groups not from the same party. For more information, visit Alamodome.com.

Here is what the workout participants had to say Wednesday from Las Vegas:

“I’ve trained out here in Las Vegas before when I first signed with Floyd, so I knew what type of camp this was going to be. I’m fighting a great fighter in Leo Santa Cruz. He’s a four-division world champion. He’s a future Hall of Famer. I know that it’s going to be a tough fight so I made the decision to come to Vegas to train for a long time.

“I definitely feel that I’m maturing with each one of my fights and as I keep moving forward. All I have to do is stay focused, stay humble and the rest is history.

“My training is going very well. I could make weight tonight if I wanted to. Overall, making the decision to bring my team and train in Vegas was the best for me. I think I’ll be training here for all my camps. I’m thinking about buying a property here so I can have a place to stay when I come here. I’m ready. My weight is on point and we’re just looking forward to October 31.”

“I’m so happy with what Gervonta’s done in his career. He’s one of the biggest stars in the sport. I’ve laid down the blueprint and I’m going to keep helping him grow.

“Me and Gervonta talked about making the weight earlier for this fight. He came to Las Vegas to do a 12-week training camp and so far everything has been great. He’s been focused and working extremely hard.

“I’m proud of Gervonta and Leo for getting to this moment. Boxing is about testing yourself against the best. Leo has been the best in his weight class before and moved up again and again. Him and Gervonta are both taking chances to prove that they’re the best.

“Gervonta cannot overlook Leo Santa Cruz. Leo has won titles in four divisions, so he can clearly fight. You don’t know what kind of Leo you’ll get. Leo might come out on his toes and boxing. That’s why we have to keep giving Gervonta different looks in sparring.

“Gervonta is one of the best pound-for-pound fighters in the sport. He has the equalizer that can completely change a fight in one moment. He can put you to sleep with either hand.”

“This is not our first time training here with Floyd. When ‘Tank’ first signed with Floyd he was doing his retirement fight and when he fought Conor McGregor we trained here at the Mayweather Boxing Club, so it’s like family to me. It’s like home away from home when I do come here. This camp has really tested us because it’s pay-per-view. We got the world champion, but when you fight at the pay-per-view level, it’s a different atmosphere.

“‘Tank’ has just really kept this camp serious. Just watching him, I’ve seen him grow. Gervonta ‘Tank’ Davis: the family man, the fighter and then the business man. So he’s learning. No one gave him a manual to do this. He’s putting it together on his own.

“Santa Cruz might change up what he’s doing. We are working on a lot of things. What I always tell ‘Tank’ is the fight may not be how we train. We can do a lot of stuff in the gym, but we might have to change. We just have to be effective with what we have to do. Leo’s been putting in the work. I watched his media workout and his interview. He says he’s going to give Gervonta his first loss. And I like that energy. I love that energy because I know you are really going to bring what I’m looking for. ‘Tank’ hasn’t brought his best yet, and I’m just waiting for that fighter to bring the best out of ‘Tank’.”

“This fight is a tremendous clash of styles. Not only do you have power vs. pressure, but you have two young fighters who are risking it all to prove they’re the best and give the fans a memorable night.

“Gervonta has really had a fantastic training camp. You can see the focus and determination he has to make a statement on October 31. Leo also looks to be in great shape, so it’s all the ingredients for something really special.

“We’re excited to bring this fight to the fans in San Antonio. It’s a great fight town, and we know they’re going to appreciate what these two fighters are going to bring into the ring on fight night.” 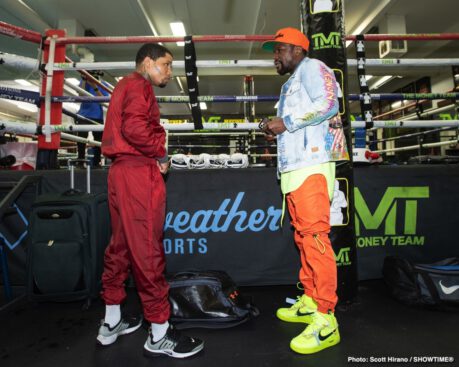 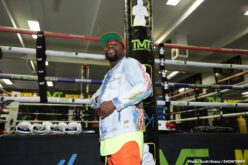 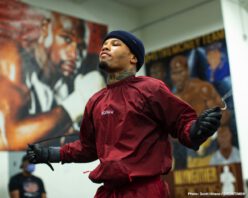 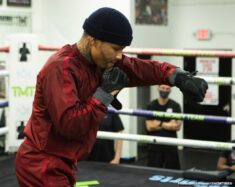 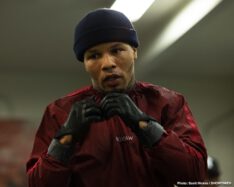 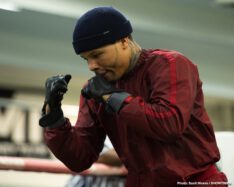 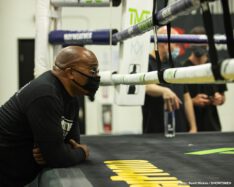 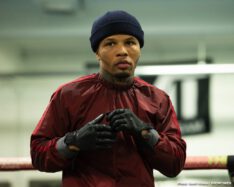 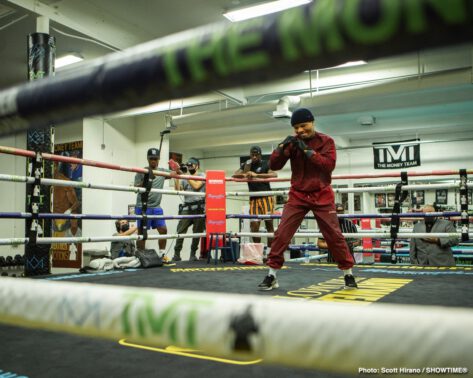 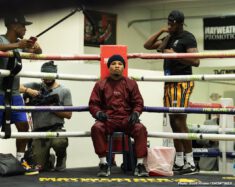 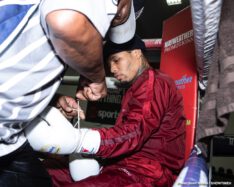 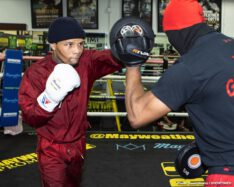 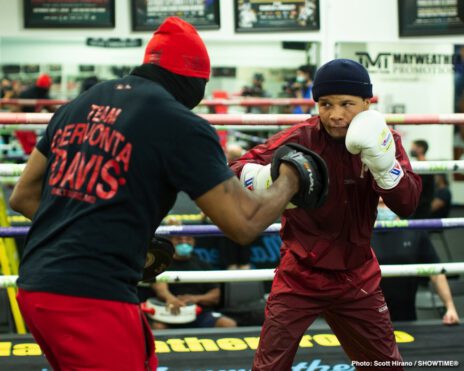 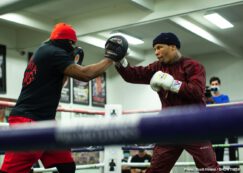 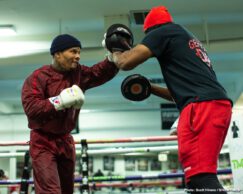 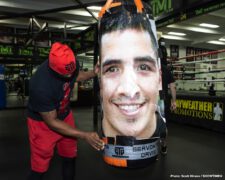 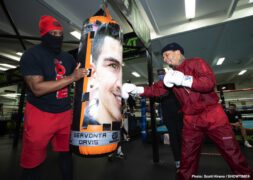 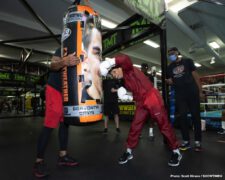 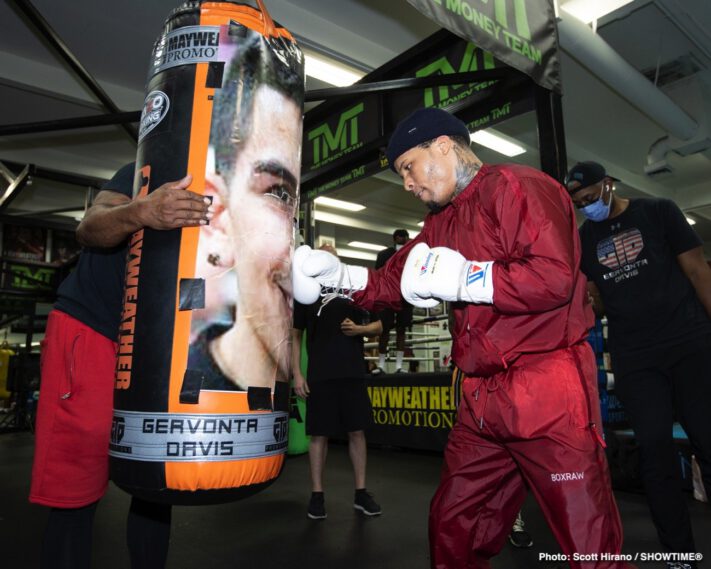