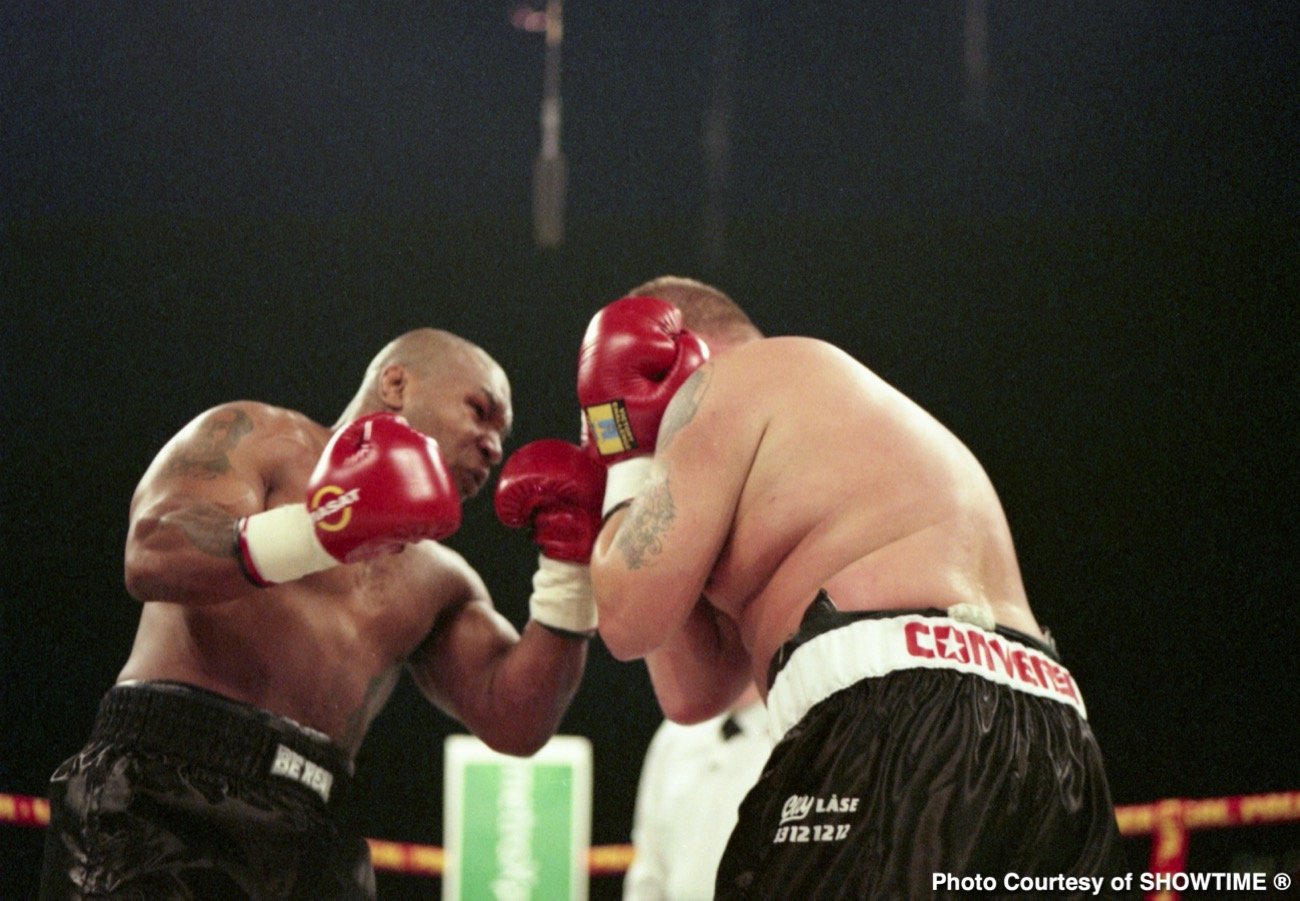 By Barry Holbrook: Trainer Freddie Roach says he had a talk with legendary former heavyweight world champion Mike Tyson about his eight-round exhibition match against Roy Jones Jr on November 28th, and he says ‘Iro; is going to be playing for keeps.

The 54-year-old Tyson (50-6, 44 KOs) won’t be taking it easy on former four-division world champion Jones (66-9, 47 KOs) when they fight an eight-round exhibition match on November 28th at the Dignity Health Sports Park in Carson, California.

The rounds are two-minutes long, which Roy complains will help Tyson, who showed stamina problems in his last two fights of his career in 2004 and 2005 against Danny Williams and Kevin McBride.

The Tyson vs. Jones contest will be shown on BT Sport pay-per-view at a still to be determined price. Although the fight is for charity, it’s unclear how much ‘Iron’ Mike and the 51-year-old Jones will be paid for the match. With the risk that Jones is taking, it’s difficult to imagine him doing it for free.

Roach: Mike Tyson will be swinging for the fences

“I spoke with Mike Tyson about 10 days ago, and I told him he doesn’t know the meaning of the word ‘exhibition,’” Roach said to Press Box.

“He laughed but he knew what I meant. Mike is an old school fighter who only has one gear – forward. And I know when that bell rings, Mike will be swinging for the fences.”

“I think Mike knocks Roy Jones out,” Roach said. “But I did warn Mike that he has to be careful of Roy’s left to the body. That’s the punch Roy used to knock out Virgil Hill.”

If Roy can make it through the first four rounds, he’s got a chance of winning the fight. Tyson’s cardio has got to be terrible at this point in his life, and he’s going to be in trouble if Roy can avoid his big shots early on.

Tyson has never fought anyone with the type of hand speed that Jones possesses, and it could be a shock for him. Even at 51, Jones is faster than the heavyweights that Tyson fought during his career. 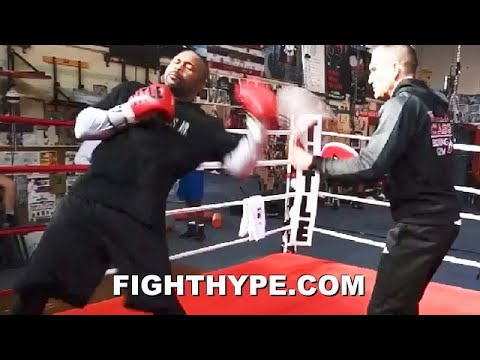 Tyson has a lot of speed too, but he fades fast, and he’s never fought anyone with Jones’ skills. If Roy can find some of his old form from the 1990s, Tyson will lose and possibly get knocked out.

In recent videos of Jones working out, he’s looking impressive and showing flashes of the raw talent that made him great. Can Tyson handle a fighter of Jones’ class? We’re going to find out on November 28th.

Demetrius Andrade vs. D’Mitrius Ballard possible for Nov.27 on DAZN »