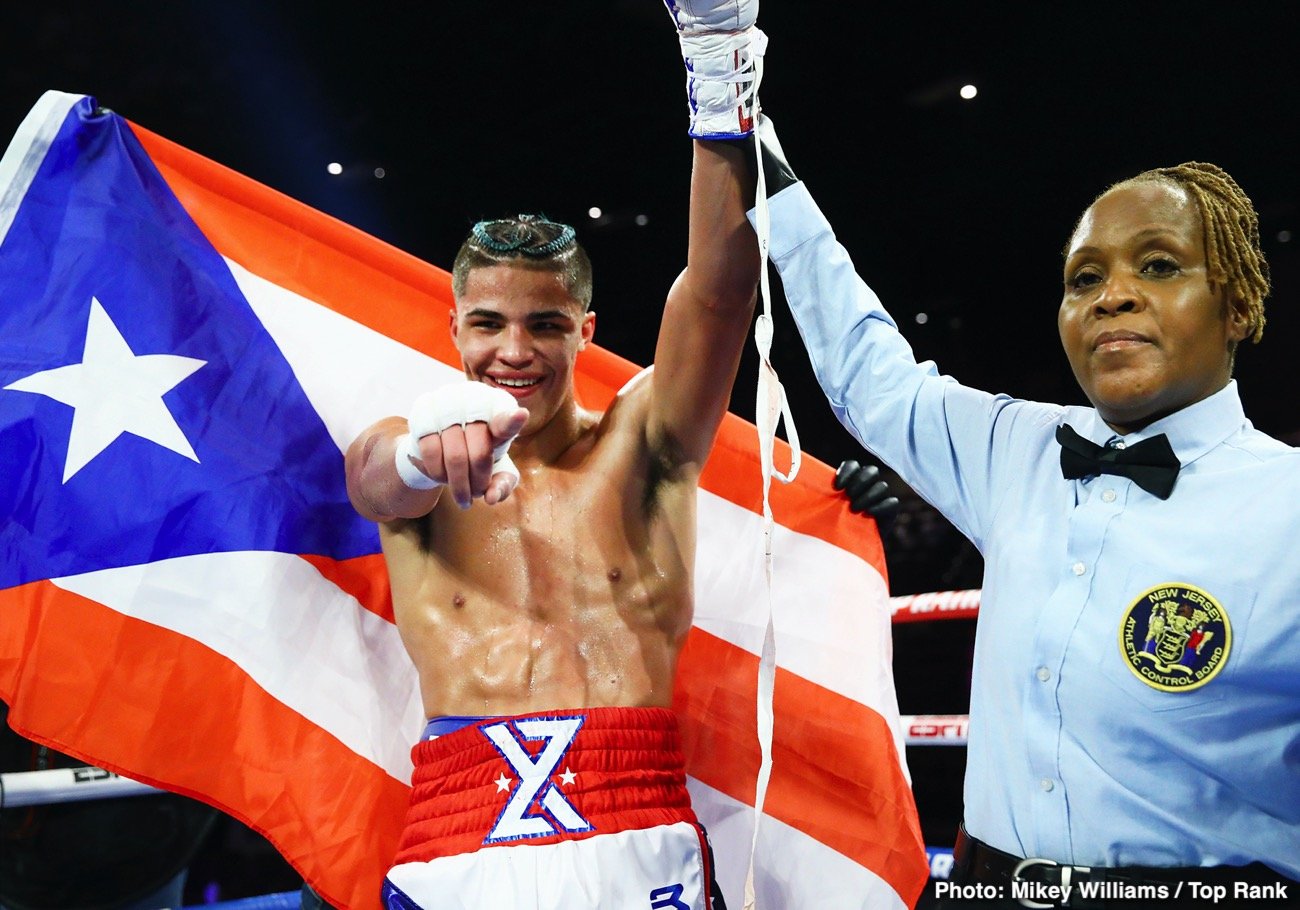 The heralded Zayas stopped Anthony Curtiss (2-6) in the opening stanza (0:55) following a barrage of well-placed power shots to the head and body. The 19-year-old Aponte stopped Jonathan Conde (2-5) in similar fashion in the first round (0:58) quickly displaying his full arsenal in the scheduled four rounder.

Xayas and Aponte are both promoted by Top Rank and Managed by Fight Game Advisors’ Peter Kahn.

Said manager Peter Kahn, “We’re thrilled with these results. Xander continues to prove why he is the sport’s most marketable prospect and Aaron turned professional in grand style. Boxing fans should expect much more excitement from both.”

Also the WBF World Champion at Super Middleweight, Kozin retained the Middleweight crown for the third time, scoring a unanimous decision over Uruguay´s Namus (33), who at times gave the 21-year old southpaw from Slovenia plenty to think about.

Judges Diana Drews-Milani and Maurizio Rinaudo both scored the fight 97-93, while judge Dominic Kuhaupt had it slightly wider at 98-92, all for Kozin who improved her professional record to 20-0-1 (10). Namus drops to 25-6 (8).

In the co-featured bout of the evening, previously undefeated local girl Jessica Schadko was upset by classy 20-year-old Irish underdog Katelynn Phelan in their fight for the vacant WBF Womens World Welterweight title.

Phelann was a step ahead of Schadko from the start, and was leading on the cards by scores of 50-45, 49-46 and 49-46 when Schadko was retired before the start of round six, giving the visitor a technical knockout victory.

The new WBF World Champion improved her professional ledger to 4-0 (1), and Schadko, still only nineteen and with plenty of time to rebound, sees her record dip to 8-1 (2).

A third WBF championship fight on the card saw another underdog upset the apple-cart, as Jan Marsalek from the Czech Republic came from behind to wipe out previously unbeaten Fatih Duebues to win the vacant International Light Welterweight title.

The show, broadcast live world-wide on Youtube, was promoted by CPI Promotions.

My Whirlwind 2020: Rachel Ball on Shannon Courtenay and Ebanie Bridges »