Where will Canelo and Golovkin go if DAZN folds? 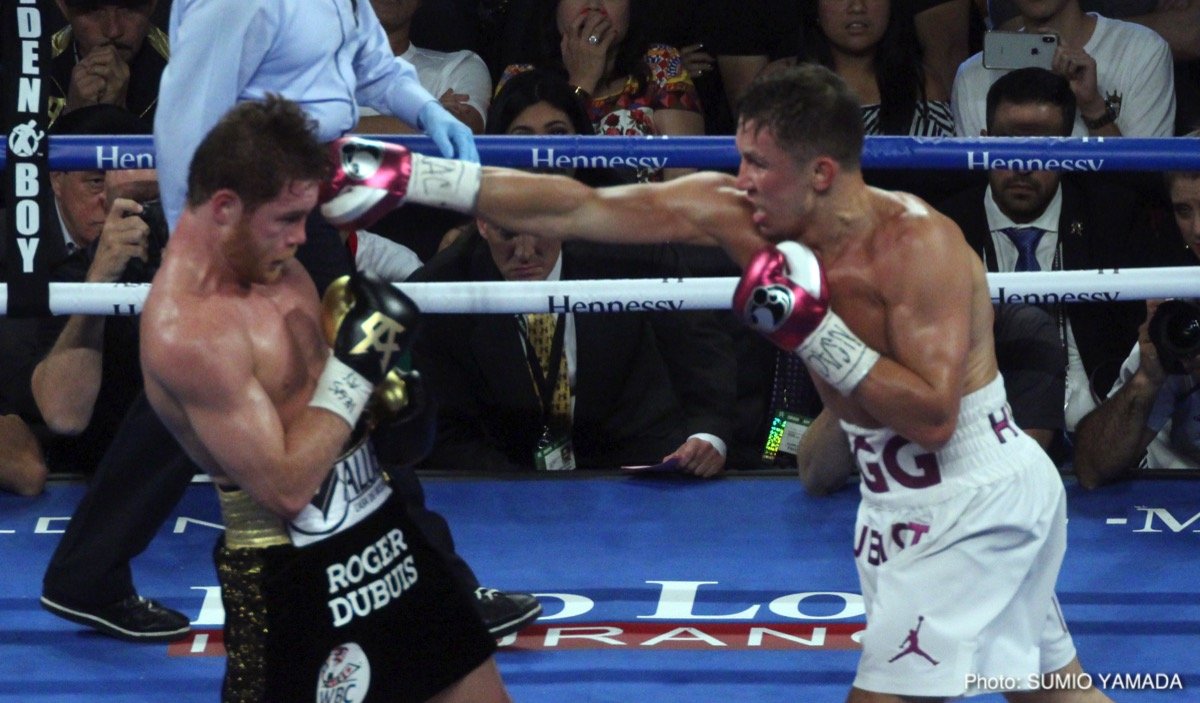 By Sean Jones: Canelo Alvarez’s recent problems with the streaming giant DAZN has led some to believe that the company may not be in the boxing business of even functioning by 2021 due to the pandemic getting in the way of sporting events.

If DAZN does go out of business next year, where will Canelo and Gennady Golovkin go? HBO is gone, and there are limited choices now. It’ll come down to Canelo, and GGG could end up going here if DAZN stops showing boxing:

Is ESPN a good fit for Canelo and GGG?

It would be great to see those two on ESPN+, but that likely wouldn’t happen. Boxing fans would probably need to pay to watch Canelo and GGG fight on ESPN, even against lower-level opposition like Avni Yildirim and Kamil Szeremeta. Fans won’t be too excited if Golovkin and Canelo put their matches against obscure fighters on pay-per-view all of a sudden if they leave DAZN.

It’s one thing for fans to pay $20 a month to watch Canelo and GGG on DAZN, and another thing to spend $70+ per fight like the old days. That would be less of a problem if the two were facing guys that boxing fans felt were worth paying big money to see, but you can’t say that Yildirim, Szeremea, Billy Joe Saunders, or Callum Smith are PPV worthy opponents for either Canelo or GGG.

It’ll be disappointing if DAZN does bow out of boxing, as it’s an excellent service. It’s allowed U.S. fans to see fighters that they usually wouldn’t from the U.K, which is fantastic. Before DAZN came around, American fans could only see foreign fighters if the U.S broadcasters were showing them or on Youtube.

The reported moves by DAZN to reduce Canelo’s pay for potential fights against British super middleweights Billy Joe Saunders and Callum Smith could be a sign of looming trouble. If DAZN folds up by next year, it’s going to impact not only Canelo, who may already be done with them, but also superstar Gennady Golovkin and Eddie Hearn’s Matchroom Boxing promotional company.

Golovkin just recently signed a lucrative contract with DAZN in 2019, and he’s gotten only one fight under his belt with them against Sergiy Derevyanchenko. In 2020, Golovkin hasn’t fought at all. He’s supposed to be defending his newly now IBF middleweight title against mandatory challenger Kamil Szeremeta, but nothing has happened with that fight.

Here we are, nine months into 2020, and Golovkin hasn’t fought once, and there’s no telling if he’ll fight at all this year. Szeremeta is arguably an even worse fight in terms of attracting U.S. subscribers than Saunders and Callum Smith are for Canelo. Has DAZN said anything to Golovkin about his battle with the little known Szeremeta?

It’s looking like Golovkin might be in the same boat as Canelo is with him, potentially not seeing action this year. Nothing is being said about GGG’s fight with Szeremeta, which isn’t all that surprising given that it’s such a poor one. Golovkin would be better off vacating the IBF title and letting someone else fight Szeremeta.

Golovkin, 38, should be using what little time left maximizing the money he can make by fighting the best in the 160 to 168-lb divisions. If DAZN does stick around beyond 2020, they would be better off if Golovkin focused on facing opposition that would bring in subscribers, not turn them off.

At this point, Golovkin may still feel that he needs the IBF title to help validate himself, but not the case. Golovkin is beyond needing trinket titles, which tie his hands by forcing him to make mandatory defenses against fighters that the casual boxing fans have never heard of and have no interest in seeing.