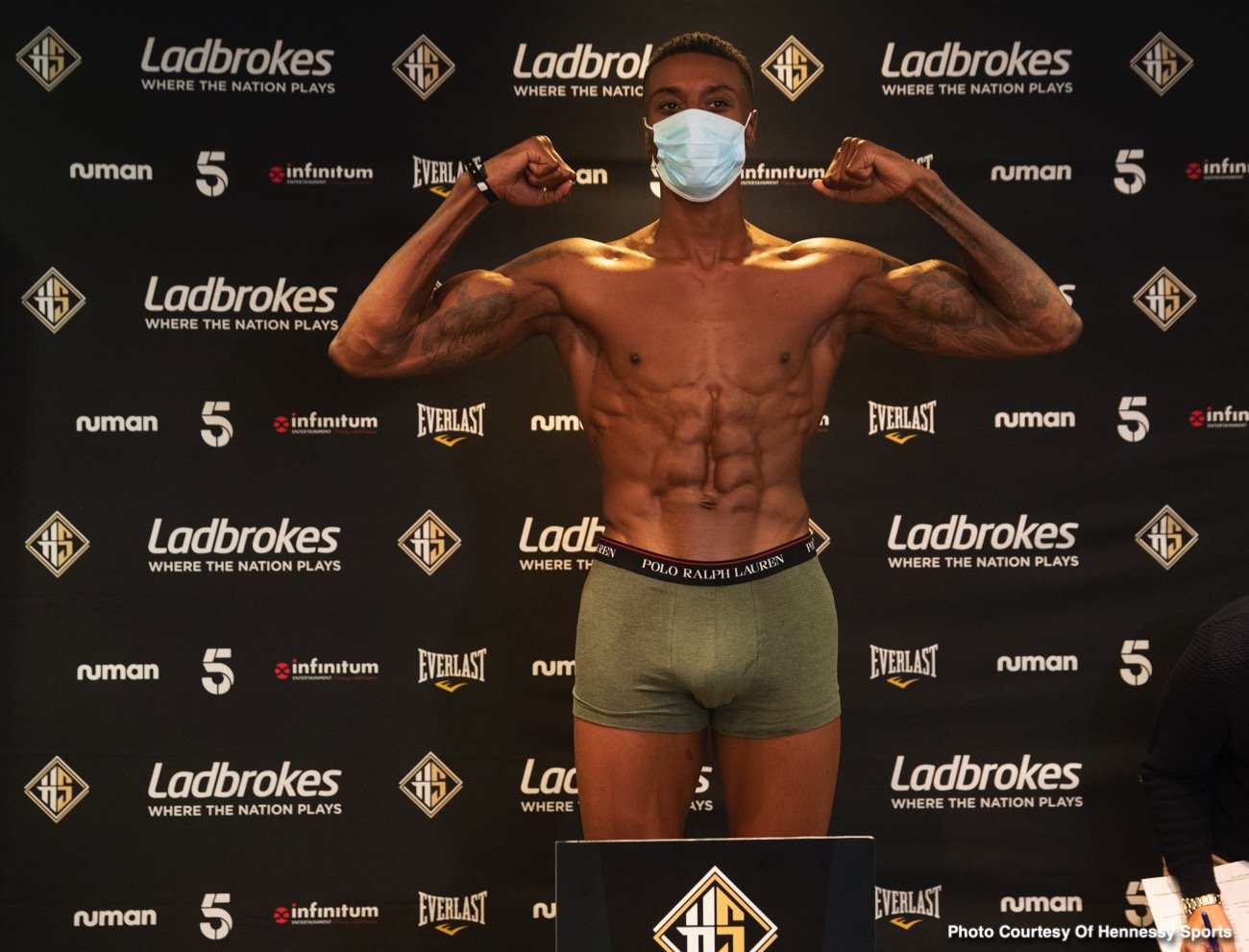 It’s on! Shakan Pitters will defend his British Light-Heavyweight title against Craig Richards on November 14, exclusively live on free-to-air Channel 5.

The British Boxing Board of Control today confirmed that the fight has been confirmed and approved with the release of the latest Championship Circular with only the venue to be announced. Richards and his manager/trainer Peter Sims have also accepted the terms and agreed to the fight.

Newly crowned Pitters, who claimed the title with a decision over Chad Sugden last month, makes the first defence of his Lonsdale belt against his fierce London rival in a clash of styles that could be another potential fight of the year.

Hennessy said, “I’m delighted to announce that Pitters versus Richards is finally on and will be free to watch live on Channel 5. This is a great fight that the public really want to see and I believe we could be in for a real treat with these two proud warriors. Shakan isn’t taking an easy first defence and he said that he would put the title on the line against him first if he defeated Sugden and he’s done that. I know that Craig will be really up for the fight, he was devastated to pull out of the first fight and will now be desperate to get his hands on the British title. After the last two shows on Channel 5 with the barnstormers between Dilmaghani and Ziani and Fonseca, I have a feeling Pitters v Richards could match them.”

Birmingham’s ’Big Shak’ is cleaning up the domestic division after defeating Dec Spelman to win the English 175lb title in September 2019 and now has similar intents to make the Lonsdale belt his own property with three defences, starting with Richards. Standing at 6ft 6in, the towering Pitters, 31, has amassed a perfect 14-0 record with four knockouts since making his pro-debut in March 2017.

From Crystal Palace, Richards, 30, was originally due to face Pitters for the British title in March but withdrew due to a viral infection and Sugden stepped in. Following the outbreak of the COVID-19 pandemic and the ensuing lockdown, the Pitters-Sugden bout went ahead in August with Hennessy ensuring the winner faced Richards for the first defence.

A former Southern Area and WBA Continental Light-Heavyweight Champion, this will be Richards’ second attempt at the British title after he pushed then Champion Frank Buglioni the distance in October 2017 – and rocked Buglioni in the third round – when he took the fight at just five days’ notice.

“When things get tough, like you always do, you look for Peter Sims to pop his shirt down and put his nipple in your mouth!” Pitters

“You can’t punch…You’ve got pillow fists…I’m taking you to Nandos afterwards, you know what, chin up, you tried!” Richards

London, UK (23 September 2020) Warring light-heavyweights Shakan Pitters and Craig Richards have declared war ahead of their explosive British title showdown on Saturday 14th November, when they went head-to-head on a video call with Seconds Out.

The pair have been desperate to clash in the ring to settle once and for all their feud and finally find out who really is the best of British with bragging rights and the prestigious Lonsdale belt up for grabs in the crunch clash, live and free to watch in the UK on Channel 5.

Ahead of the fight, British Champion Pitters and challenger Richards faced each other for the Hennessy Sports Boxing Unlocked series with host Danny Flexen moderating the head-to-head, but even he found it impossible to get a word in to separate the pair.

Here is a taste of what was said in the explosive and must see head-to-head:

Shakan Pitters: When he (Chad Sugden) hit you your legs were everywhere.

Craig Richards: Being hurt is what I saw against Dec Spelman, when your knees buckled.

CR: You can’t punch. You’ve got pillow fists. You can move and avoid, but punching is not your field.

SP: Bottom line is you’re going to get battered.

CR: I’m telling you this is easy work.

SP: When things get tough, like you always do, you look for Peter Sims to pop his shirt down and put his nipple in your mouth!

CR: I’m talking you to Nandos afterwards, you know what, chin up, you tried, you can bounce back, I’ll even get you a whole chicken extra hot.

SP: I’ll be getting the bigger fight purse and Christmas is around the corner, I’ll send you a little something so you can have some Christmas money as it seems Eddie doesn’t want to put you on his shows.

SP: On November 14 you’re going to get smashed.