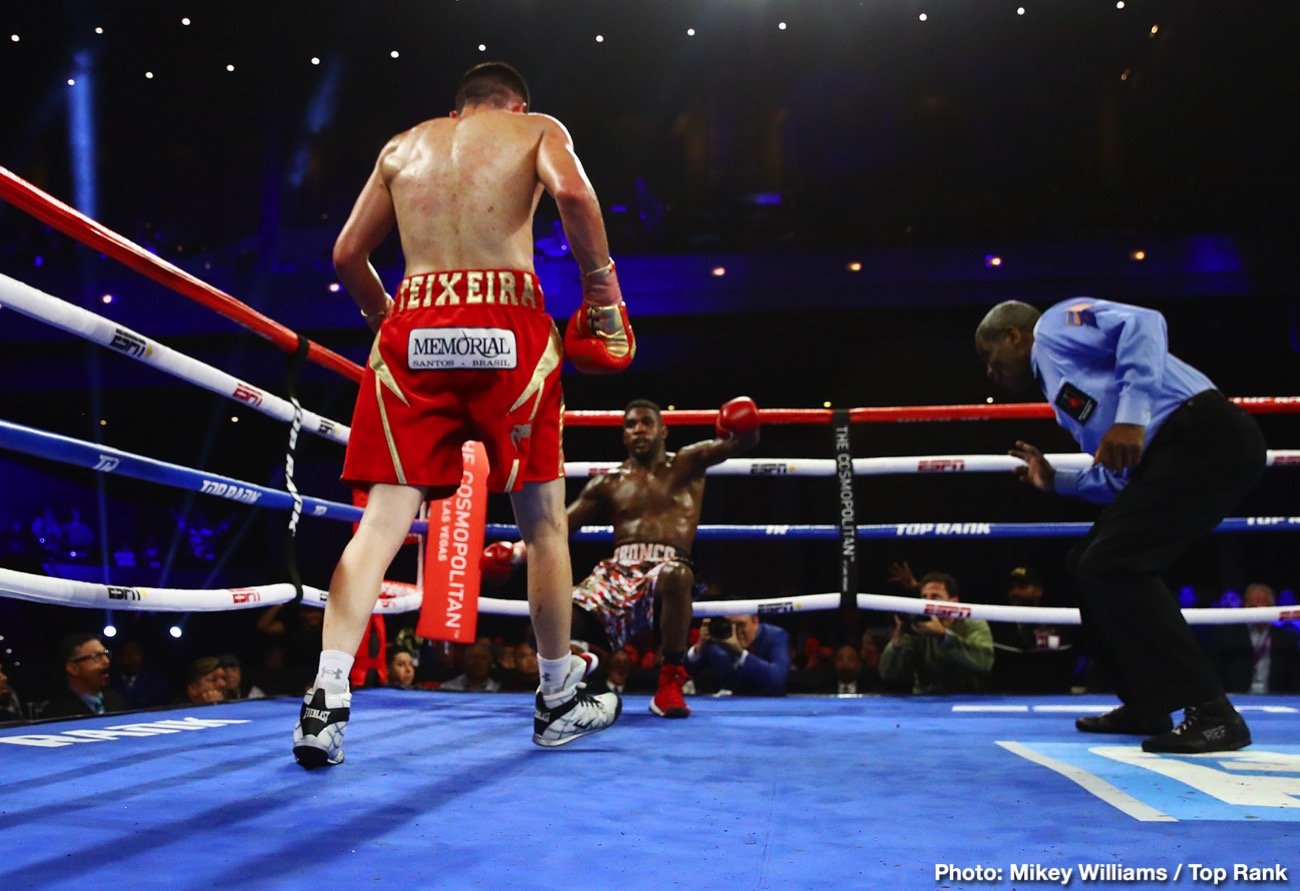 By Matt Lieberman: WBO junior middleweight champion Patrick Teixeira wants to face unified 154lb champion Jermell Charlo next to send him into retirement if the World Boxing Organization will allow him to take the fight.

Teixeira (31-1, 22 KOs) says Charlo needs to change his nickname from ‘Lions Only’ to ‘Kitten only’ after he beats him and finishes off his career.

Teixeira, 29, is supposed to be defending next against his WBO mandatory Brian Castano (16-0-1, 12 KOs) for a fight that was ordered last year by the sanctioning body. He would have already gotten the mandatory situation taken care of last April if not for the pandemic getting in the way of the fight.

Jermell (31-1, 18 KOs) added the IBF and WBA 154-lb titles to his collection last Saturday night with an 8th round knockout victory over IBF/WBA champion Jeison Rosario (20-2-1, 14 KOs) at the Mohegan Sun in Uncasville, Connecticut. Charlo ended the fight with a stabbing jab to Rosario’s solar plexus, who fell and was finished.

Teixeira: Jermell needs to beat me to be the best

With the ‘W,” Charlo, 30, now holds the IBF, WBA, and WBC titles, and he only needs the WBO belt to become the undisputed champion at junior middleweight. That’s something that Jermell would like to accomplish, s it would take his carer to the next level. 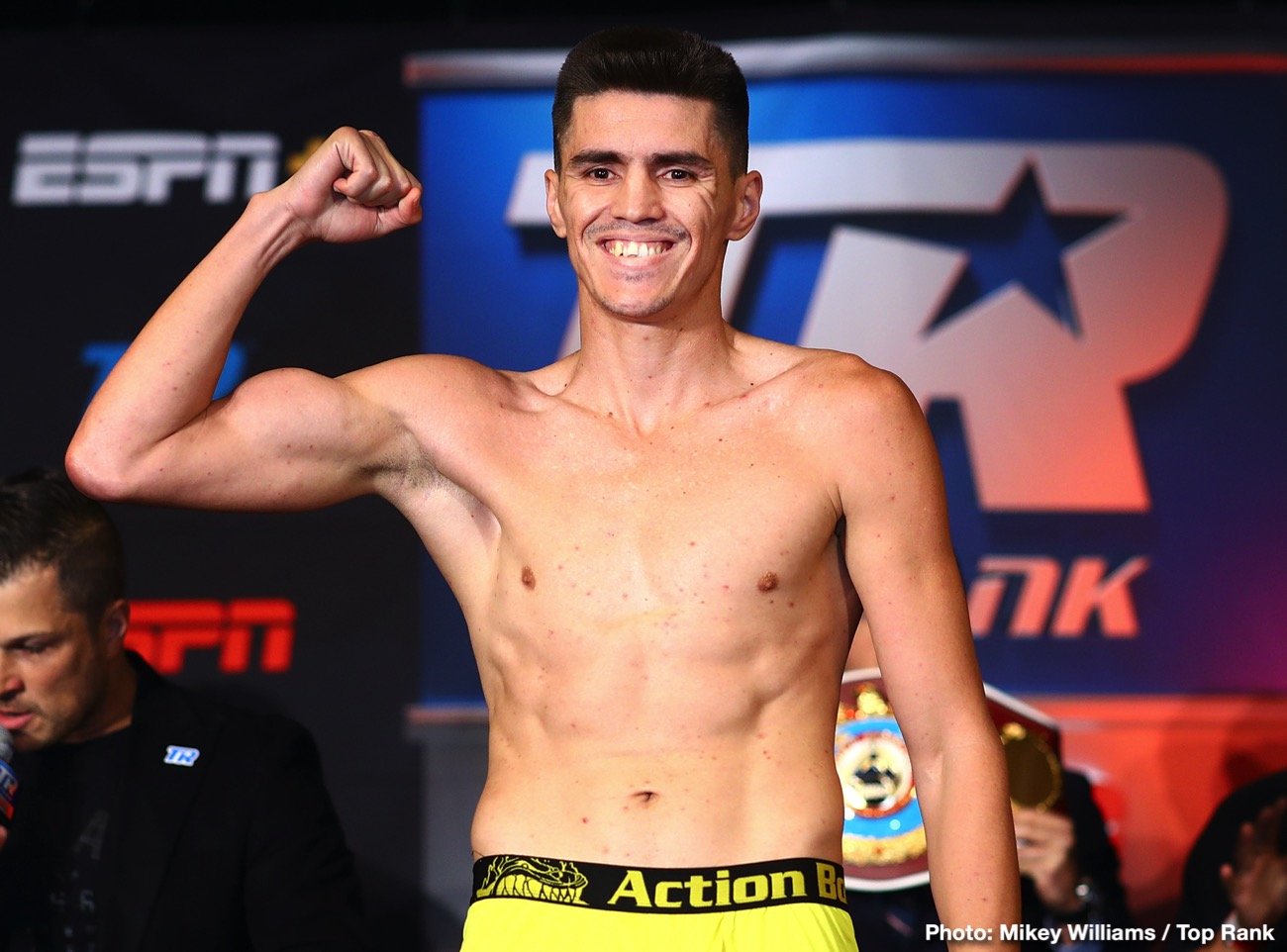 Charlo has already started to run out of opposition at 154, and one of the last things that he can achieve before possibly moving up to 160 in the future if to unify the division.

Charlo, you don’t hurt anyone. for you to be the best, you need to beat me, I have a mandatory fight. if the WBO authorizes it, I will end his career first, then I will fight Castaño next. I will end all 154 of the PBC. you are not lionsonly. you are Kittenonly. pic.twitter.com/Xu1KQqog3J

Golden Boy Promotions promote Teixeira, and it’s not expected that they’ll give him permission to face the PBC managed Jermell in a unification fight. If it were a fight that Teixeira had a good shot of winning, Golden Boy might authorize him to take the match.

Right now, Jermell is looking hard to beat, and he would probably be viewed as the favorite against Teixeira of that match happened.

Teixeira will likely face the unbeaten WBO mandatory Castano next because the contest has already been ordered, and he has a better chance of winning the fight against him than Charlo. There would be a lot for Teixeira to gain in fighting Charlo in a unification.

Teixeira can earn a big payday against Charlo

If Teixeira beats Jermell, he’d be the undisputed champion at 154, and he would only need to win the match to make it happen. Further, a fight between Charlo and Teixeira would likely be on pay-per-view, and it would be a good payday. 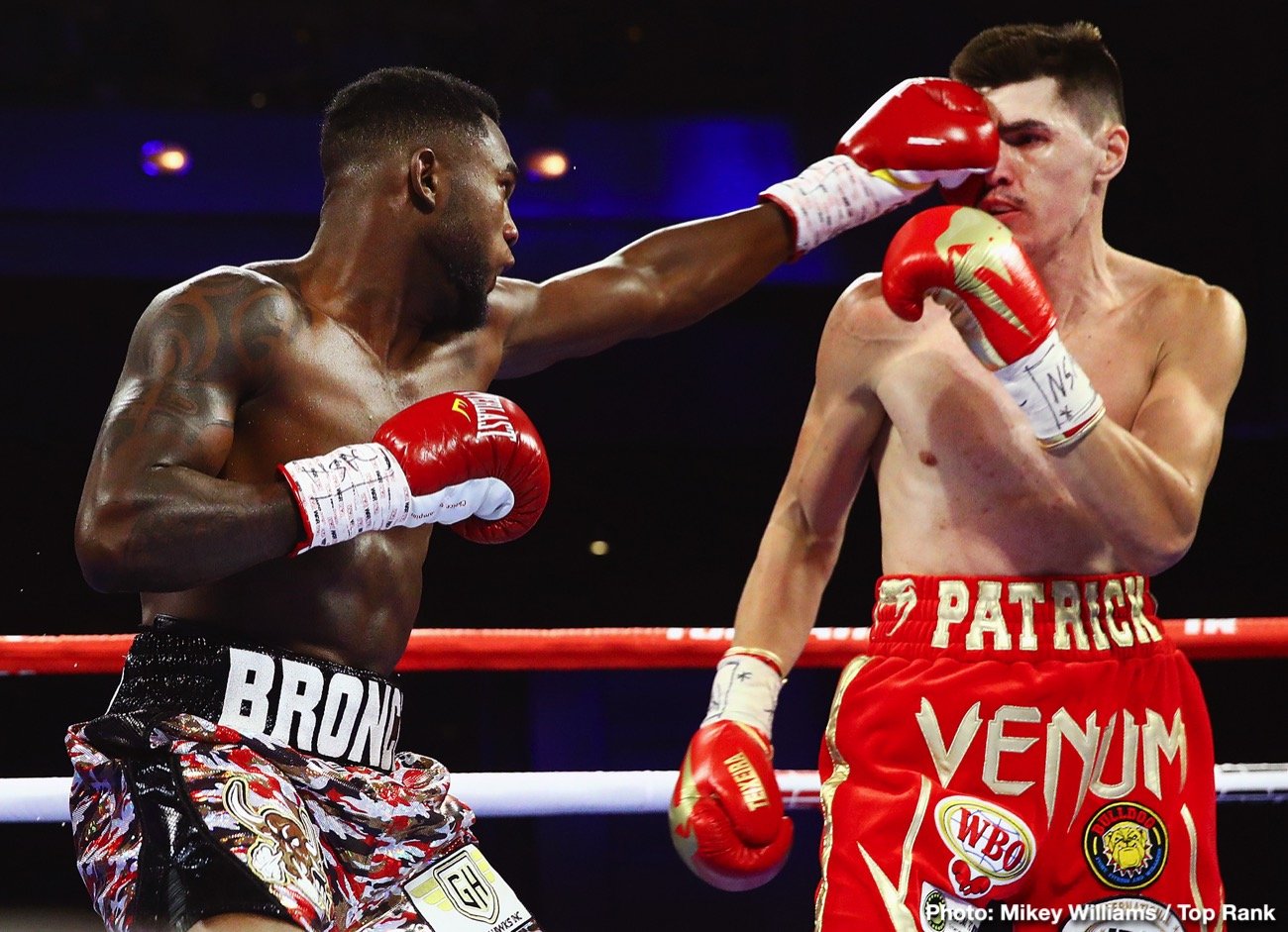 As shaky as Teixeira is as the WBO 154lb champion, Golden Boy should consider taking the risk by letting him fight Jermell. By fighting Charlo, Teixeira would bring in a big payday before he loses his WBO strap.

A lot of boxing fans are already predicting that Castano beats Teixeira when that fight takes place. That’s a fight that would bring in less money and create far less interest from fans than if Teixeira were to fight Charlo.

The Brazilian fighter Teixeira’s only career loss came against Curtis Stevens in a second-round knockout defeat four years ago in May 2016 in Las Vegas, Nevada.  Teixeira looked like he wasn’t ready for Stevens’s power, and he was surprised in the 2nd round when he was knocked out.

Teixeira has rebounded from his defeat to Stevens by winning his last five contests, including an impressive 12 round unanimous decision win over previously unbeaten Carlos Adames last November to win the WBO 154lb belt.

Daniel Jacobs vs. Gabe Rosado on November 27th on DAZN »