Josh Taylor vs. Apinun Khongsong this Saturday on Sept.26

By Kenneth Friedman: IBF/WBA light-welterweight champion Josh Taylor (16-0, 12 KOs) will be defending his titles this Saturday, September 26th, against his IBF mandatory Apinun Khongsong (16-0, 13 KO) at York Hall, in Bethnal Green, in London, UK. The card will be held behind closed doors without fans.

Taylor vs. Khongsong will be streamed by ESPN+ in the US starting at 2:30 p.m. ET.

Taylor will be defending his IBF 140lb strap, which he captured in 2019 in beating Ivan Baranchyk, for the second time in facing Khongsong. Promoter Frank Warren has some concerns about the risk for Taylor facing a big puncher like the 24-year-old Khongsong, who won’t have t worry about the crowd.

Taylor won’t have a crowd backing him

With the fight taking place behind closed doors, it will be a lot more comfortable than if he had to fight in front of a large crowd in the UK. Also, Khongsong is a lot younger than the 29-year-old Taylor, and he’ll have that youth and resilience ging for him.

If Taylor is forced to go the full 12 rounds to win this fight, it’s going t leave him open to taking a lot of punishment from Khongsong, similar to how he took a beating from his last opponent Regis Prograis. 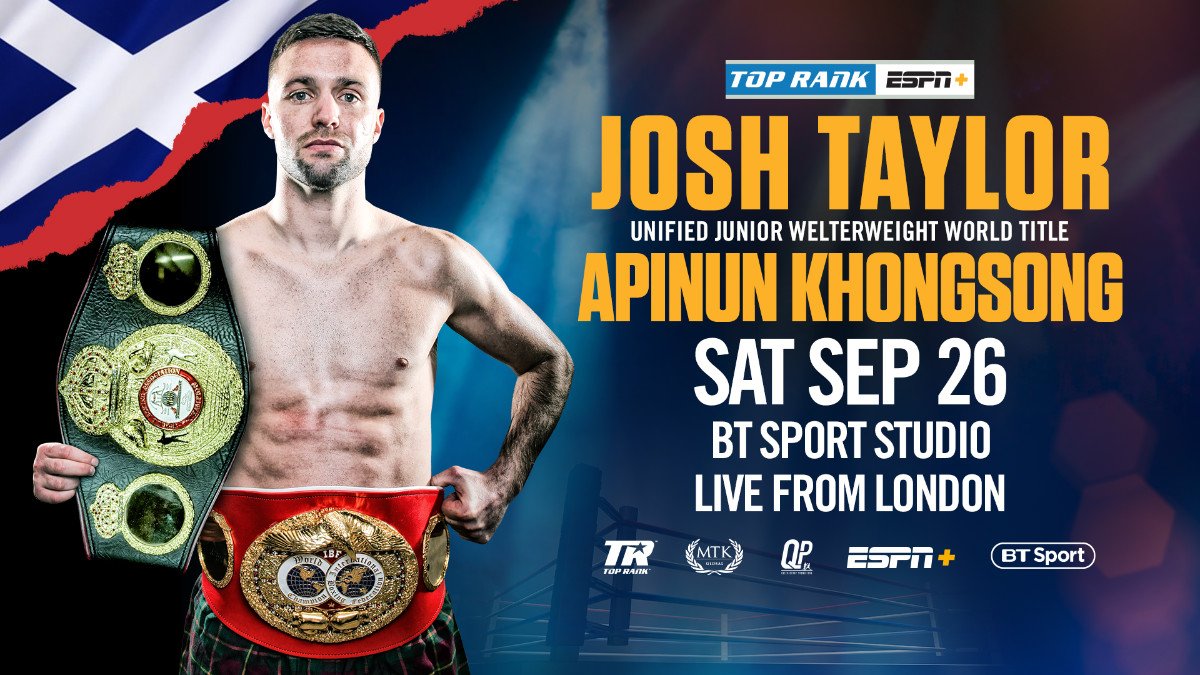 Taylor started strong in that fight, but by the 7th round, his energy was decreasing, and that enabled Prograis to get back into the contest and make it close in the end. Khongsong has got the youth and power to cause a lot of damage to Taylor if he can make it to the later rounds.

“The fight between Josh and Khongsong is not going to be easy for Josh, it’s a tough one,” Warren said to ESPN. “What you see at these [behind-closed-doors] shows is there’s no away fighter, and that makes a difference to the fight in the red corner.

“You are getting more out of the away fighters. You don’t get fans booing them, or getting behind the home fighter.”

If Taylor loses this fight, he’ll regret deciding to fight Khongsong in 2020. He could have waited until 2021 to defend against the powerful Thailand fighter, but he chose to face him this year without fans.

One problem that Taylor has is he’s not super motivated for this fight with Khongsong. Although he’s his IBF mandatory, there’s no interest from boxing fans in this fight, and it’s more of a stay busy type of match-up than anything.

There’s no glory there for Taylor in taking on the little known Khongsong. He’s someone that the average boxing fan in the US and UK has never heard of or seen before. 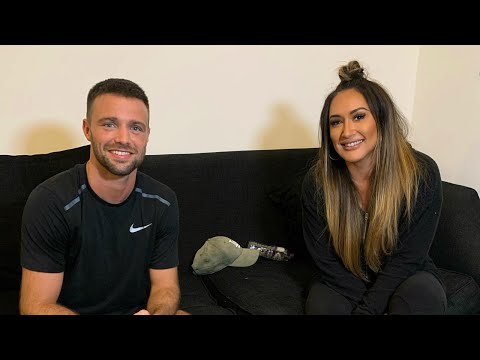 The fight that Taylor is interested in right now is WBA/WBO light-welterweight champion, Jose Ramirez. Those two will be fighting in 2021 for the undisputed championship at 40, and that’s the match that Taylor is amped up for.

“It was a straight forward decision whether to box now or wait until crowds are back,” Taylor told ESPN.”

Ideally, it would be good to get crowds in but I’ve got bundles of experience from my amateur days when no one was there in the venue, so it shouldn’t make any difference for me.”

The Ramirez fight is the one that Taylor is eying, but unfortunately, it can’t happen until early 2021. Even then, it’s going to require a crowd for it to make sense. If boxing fans still aren’t allowed back into sporting events by the first half of 2021, we could see Taylor vs. Ramirez moved into the second half of the year. 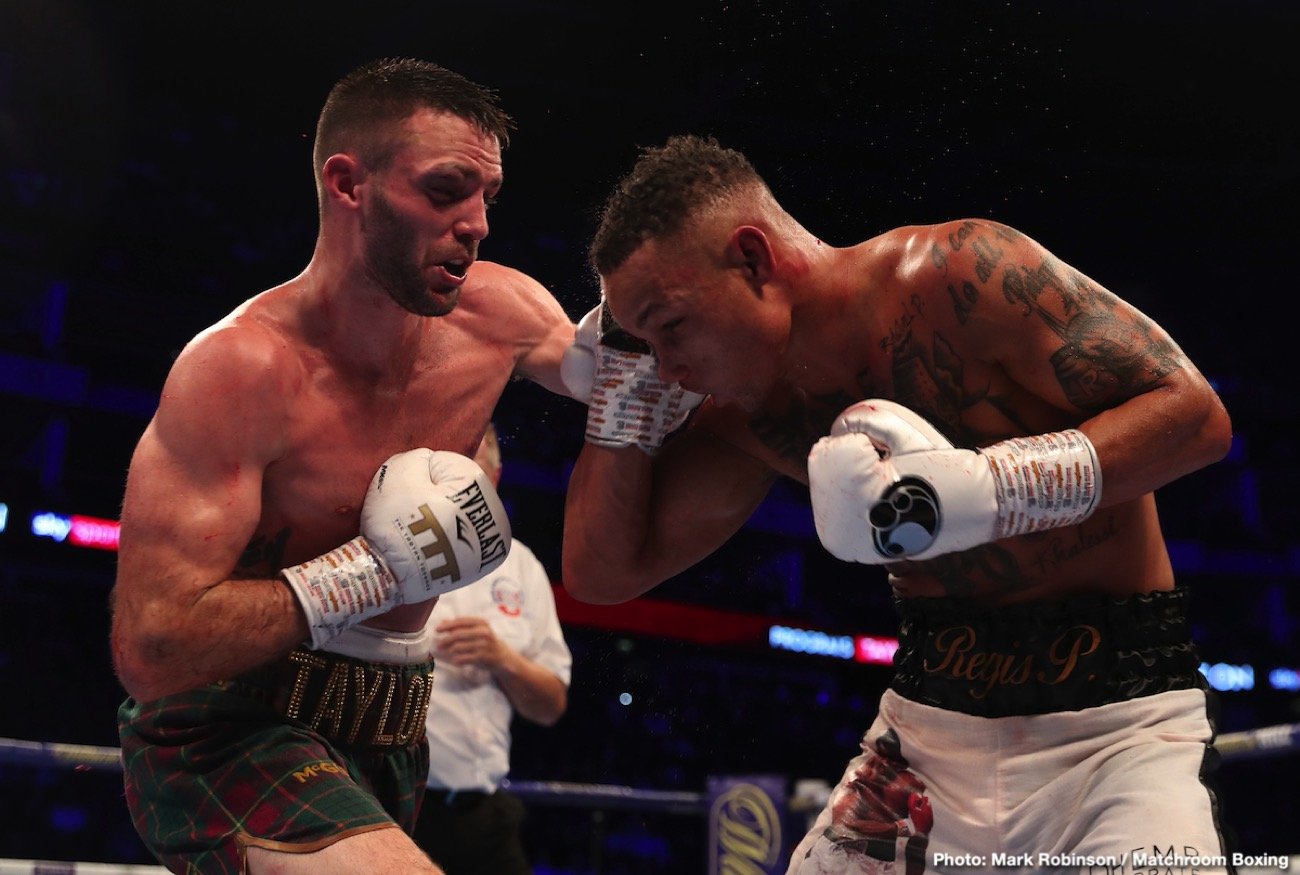 There’s too much money on the line for the Ramirez-Taylor match to have it take place without fans.

Charlo vs. Derevyanchenko and Jermell vs Rosario preview & prediction »