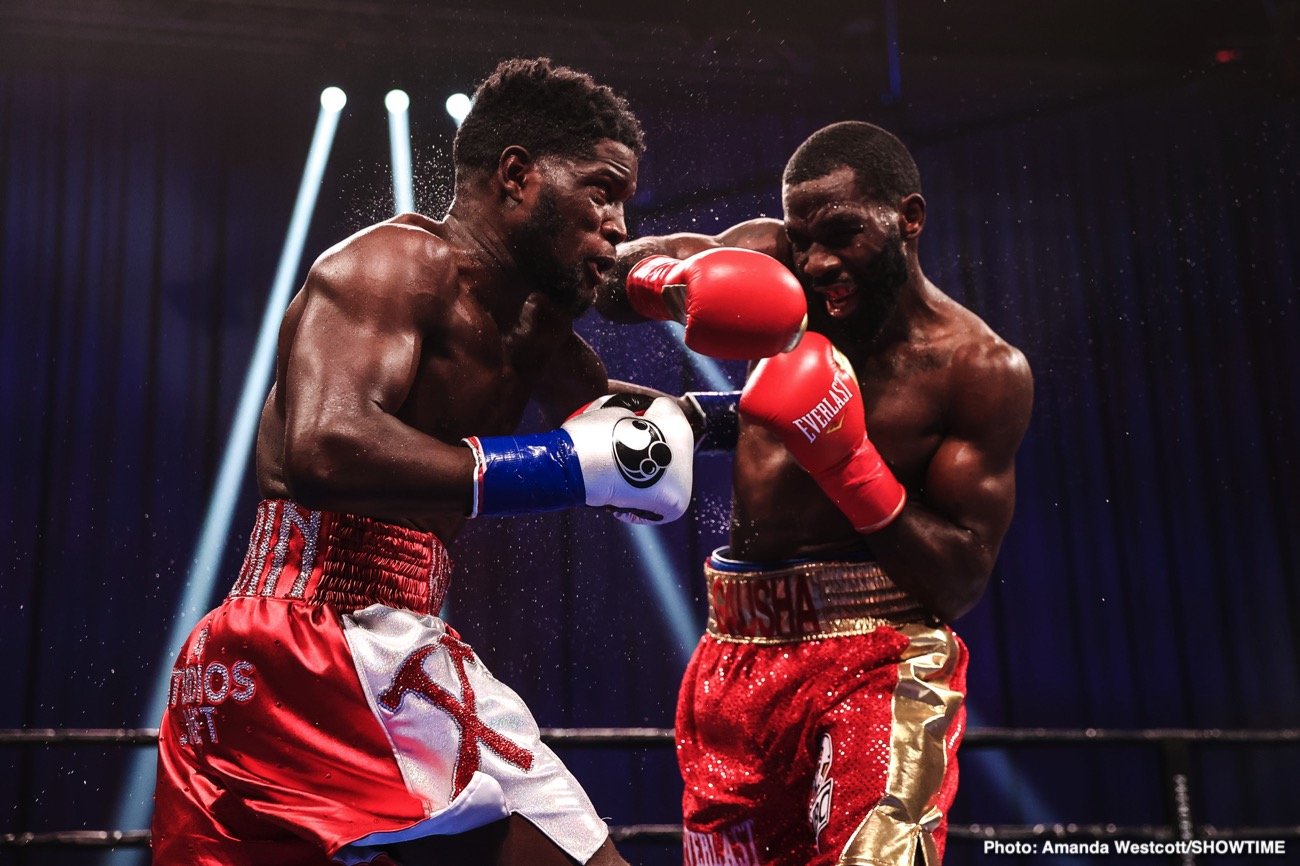 By Mark Eisner: Erickson ‘The Hammer’ Lubin proclaimed himself as being ready for his rematch with Jermell Charlo after beating Terrell Gausha last Saturday night on Showtime.

Despite being badly buzzed by a nice shot from the 33-year-old Gausha in the 10th, Lubin cruised to a 12 round unanimous decision victory in their WBC junior middleweight title eliminator bout at the Mohegan Sun Arena in Uncasville, Connecticut.

Lubin, 24, predicts that Charlo will defeat Rosario to become a three-belt champion, which will make their rematch all the more enjoyable. Instead of Charlo facing Lubin with only the WBC belt, he’ll have the IBF/WBA/WBC available.

Is Lubin ready physically, mentally, and in terms of experience and skills to take on Charlo? We’ll find out if Charlo beats Rosario next Saturday. Many boxing fans believe that Charlo has Lubin’s number and will continue to no matter how many times they fight.

It wasn’t a good sign to see Lubin getting poorly stunned by a shot from Gausha in the 10th round last Saturday. If Lubin was barely able to handle the power of the light-hitting Gausha, then what happens when he gets in there with an explosive puncher like Charlo?

The critical thing for Lubin was he won the fight, and he’s now the WBC 154lb mandatory to Charlo, who he wants to face more than anyone so that he can avenge his 1st round knockout defeat from 2017.

The loss for Lubin against Charlo temporarily ruined his world title hopes. Lubin was only 21 and lacked the experience needed for him to be in there with a seasoned vet like Charlo.

“I think Jermell Charlo is going to come out on top against Jeison Rosario,” said Lubin.

“I’m ready for a rematch if he can take care of business as I did [against Gausha]. I changed up a lot since the first fight.  I’m just all-around a better fighter since the first time we fought.”

‘The Hammer’ might wind up fighting Rosario in 2021 for the IBF/WBA/WBC junior middleweight titles if he beats Charlo. Charlo may lose to Rosario next Saturday. And that’ll put Lubin in the position where he’ll be facing another big puncher. 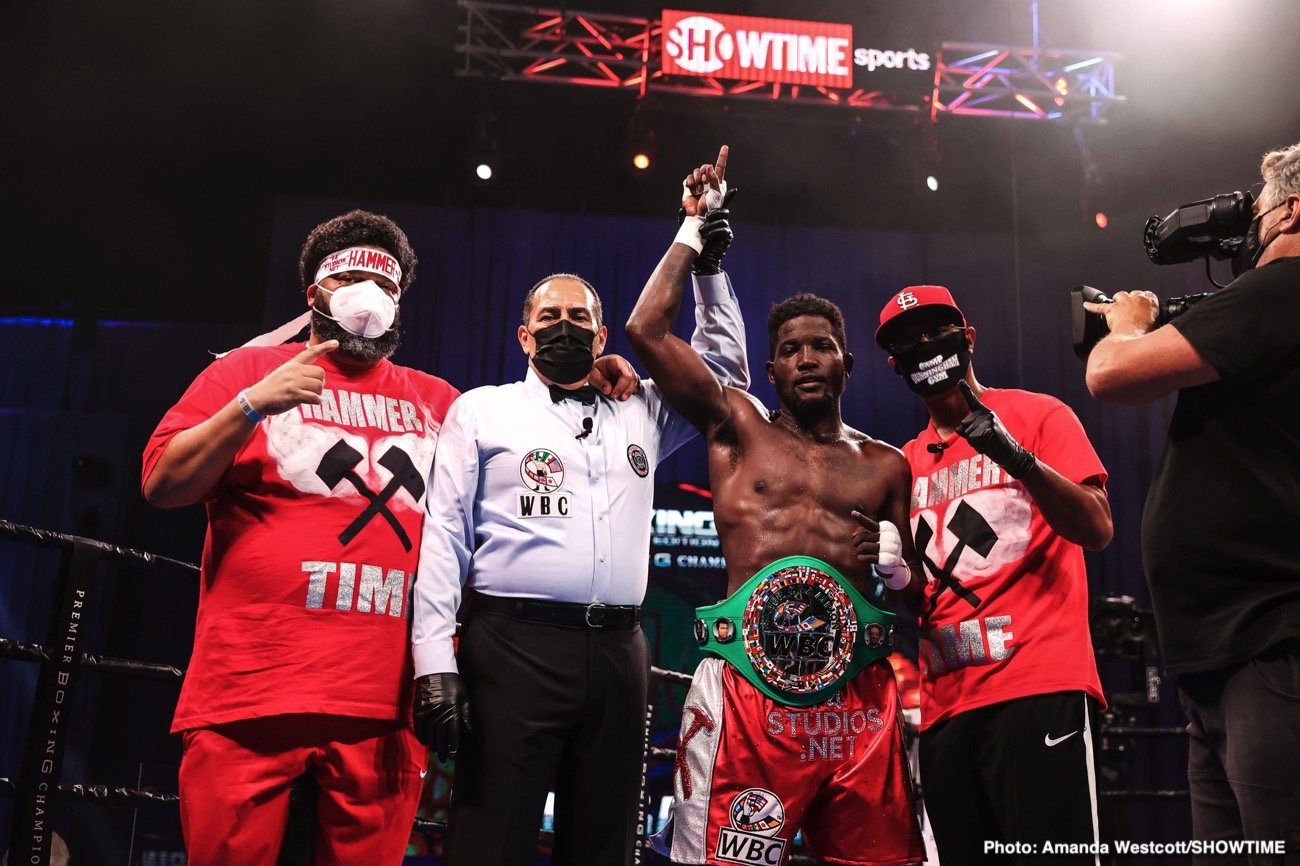 If Lubin’s chin hasn’t improved since his loss to Charlo, we could see him get knocked out again, against Jermell or Rosario. Lubin is a talented fighter, but to fight at the highest levels, you need a chin. That appears to be what he’s missing.

“I definitely made a statement,” said Lubin about his win over Terrel. And I beat one of the top guys in the division, and that’s always a statement.

‘I feel like I beat one of the top 154 pounders and I’m going to keep doing that.”

I hate to minimize Lubin’s win over Gausha, but the truth is, he didn’t accomplish anything. Lubin’s stock arguably went down last Saturday because of how pedestrian he looked in, beating an average bottom dweller at 154.

You can’t say that Lubin made a statement, as his performance wasn’t impressive. Also, Gausha isn’t one of the “top guys in the division.”

He’s a bottom fringe level fighter, held to a 10 round draw against 35-year-old Austin Trout in his last fight in 2019, and he was beaten by a one-sided 12 round unanimous decision by Erislandy Lara in 2017.

If Gausha were one of the top guys at 154, he would have beaten Lara and Trout.


« Devin Haney and Yuriorkis Gamboa reach an agreement for Nov.7 fight on DAZN

Hearn says Whyte’s career will be “terminal” if he loses to Povetkin on Nov.21 »