Chris Byrd making a comeback at 50: “I will be a world champion”

Byrd (41-5-1, 22 KOs) hasn’t fought since 2009, and he appears to have trimmed off a lot of muscle weight in the eleven years that he’s been retired. It’s unclear how serious Byrd is about coming out of retirement.

The 1992 Olympic silver medalist Byrd pulled off a big upset in stopping WBO heavyweight champion Vitali Klitschko in the 9th round in April 2000. Vitali quit after suffering a left shoulder injury, which would later require surgery to repair.

Vitali’s younger Wladimir Klitschko would avenge his loss by defeating Byrd by a lopsided 12 round unanimous decision in October 2000 in Cologne, Germany.

Has Byrd found the Fountain of Youth?

If Byrd has been drinking from the Fountain of Youth, then he could do some damage at 160.

Byrd’s enthusiasm towards returning to the ring could wear off quickly once he gets in the ring with a young lion at his local gym, and he finds out how much he’s lost.

Sporting a gray beard, Byrd doesn’t say what has motivated him to get the big to return to the ring.

Perhaps, Byrd has seen how 54-year-old Mike Tyson is getting ready to get a big payday with his comeback exhibition fight against Roy Jones Jr, and that’s planted some ideas into his head.

While Tyson looks like a young fighter in his 20s with the speed, power, and physical conditioning, Byrd looks old and badly emaciated from how he looked during his career.

Byrd attempted to make a go of it at 175 in 2008, but Shaun George battered him in losing a 9th round knockout. The speed difference between fighters at 175 and heavyweight was too much for Byrd. He was beaten to the punch all night by George.

Interestingly, George’s career ended shortly after, with him losing to Chris Henry by a 6th round knockout in 2009.

Byrd vows to win a world title at 160

“What am I known for? Slickness, speed, and reflexes. It’s still there, I’m telling you,” said Byrd on his Instagram.

It would be a good idea for Byrd to start slowly with his comeback, and not rush things by facing a top-level middleweight.

If Byrd approaches his comeback the way George Foreman did, he could beat a few name guys in two or three years. However, age is working against Byrd. He’s now 50, and he might be too old if he takes his time the way former heavyweight champion Foreman did.

In contrast, Foreman was 39 when he made his comeback in the late 1980s, and he had size and power working for him. 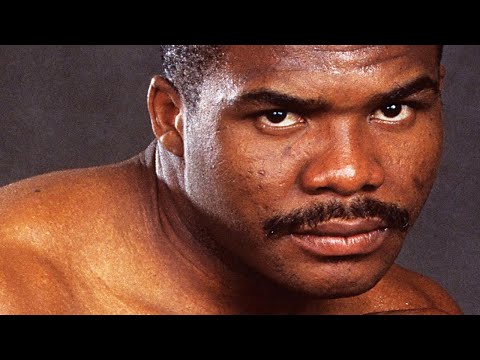 Chris, with a lot of good wins

During the prime of his career, Byrd defeated the following top tier heavyweights:

Byrd came close to beating Andrew Golota in 2004 in a fight that was scored a controversial 12 round draw. A lot of boxing fans thought Byrd fought well enough to deserve the victory.

Easily the worst performance of Byrd’s career was when he was knocked out in the 5th round by Ike Ibeabutchi in 1999. Byrd made a mistake in that fight in trying to fight Ibeabutchi while backed against the ropes, and that was a bad mistake.


« Teofimo Lopez: “Lomachenko knows he’s on his way out’