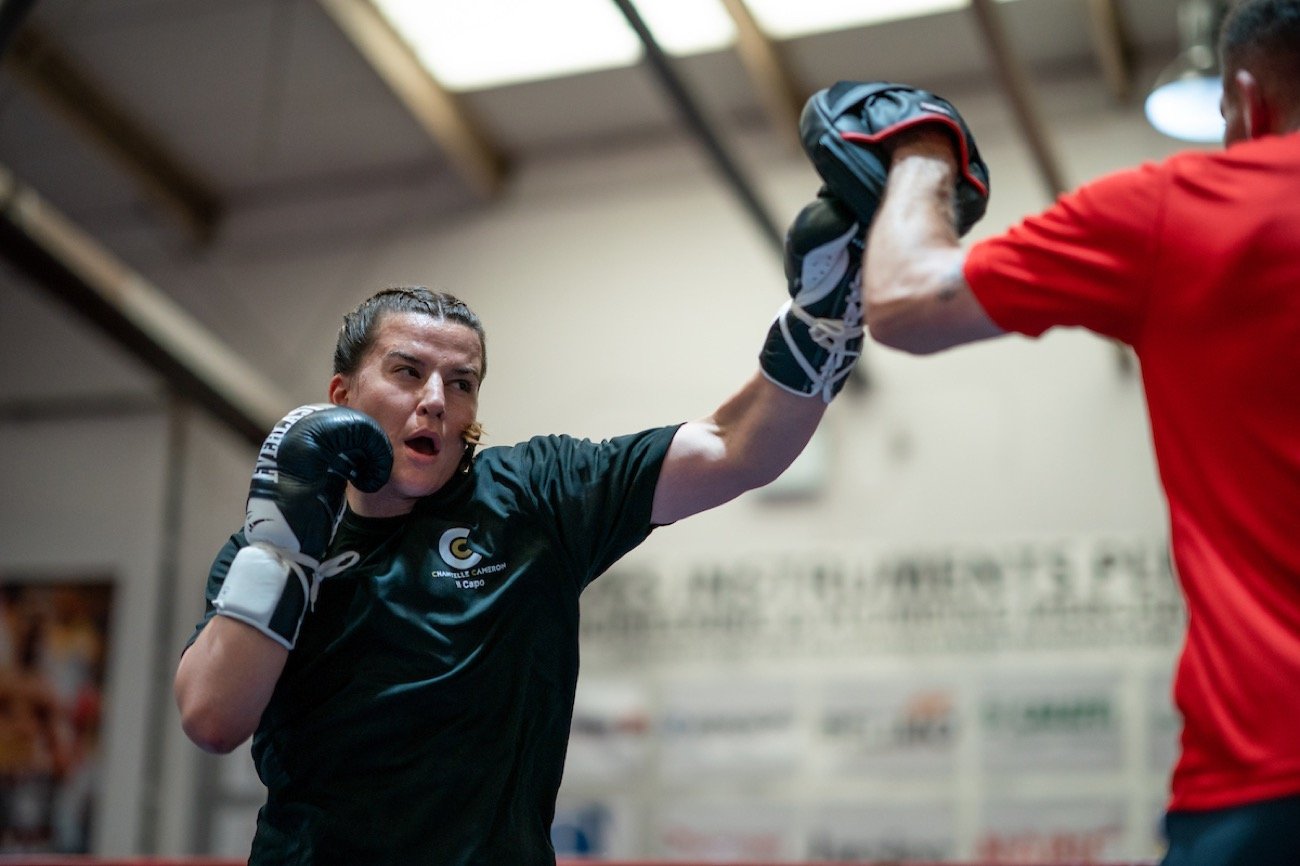 Chantelle Cameron is hungry for belts after landing her first shot at a World Title against Brazil’s Adriana Dos Santos Araujo this Sunday October 4, shown live on Sky Sports in the UK and DAZN in the US.

The undefeated Northampton star (12-0, 7 KOs) inked promotional terms with Eddie Hearn back in July and jumps straight into title action on her Matchroom debut as she takes on London 2012 Olympic bronze medallist Araujo for the vacant WBC Super-Lightweight crown.

Fed up of waiting for a crack at Irish legend Taylor, the former Team GB amateur standout intends to create her own legacy by unifying the Super-Lightweight World Titles, but must first get past Araujo, who holds wins over Natasha Jonas and Mira Potkonen in the amateurs.

“Everybody wants to fight Katie Taylor, and I would have been hanging around waiting for her,” explained Cameron. “I’m 29 now and I want my own World Titles. MTK and Jamie told me to move up to Super-Lightweight and I got my mandatory there, now I’m in this position. It’s a short career so I don’t want to be wasting my time, especially with everything that has happened this year.

“I’ve been waiting for this moment since I turned professional and it’s amazing, especially as I’ll be making my debut as a Matchroom fighter. It’s a dream come true. I’m good at visualising, so I visualise the fight in my head and I visualise myself lifting the belt. It looks good, I think it will suit me! It would mean the world to me to call myself World Champion.

“Adriana is a tough girl, really tough. She loads up with her punches. I don’t think she’s a bigger puncher than me. I’ll be wary of her punches, obviously I don’t want to be getting caught, but we’ve got to see if she can take my shots as well, because I know I can punch. She has beat some good names and has a good pedigree, so I’m expecting a tough 10 rounds and can see it being a bit of a war.

“I feel like I’m a lot hungrier than most. I don’t think there’s going to be anyone that is as hungry as me. I’m not going to let anyone stand in my way. I’m 12-0 but I feel like I’ve been waiting a long time for this opportunity. I’m not looking past Adriana at all, the last thing I’ll be is complacent because I know she’s going to be tough and give me a hell of a fight.

“At the end of the day, I need to get past people like Adriana if I want the big fights. The only time I take a backwards step is when I want to. I’m not going to be bullied. There’s going to be fireworks. It’s going to be a trade-off. I’m also going to box, I’m not just going to be brawler. I’m going to aim to show a bit of everything and show people what I’m capable of. I’m not just a one trick pony. Fingers crossed I win this and then the journey will continue where I go for the other belts and look to unify the division.”