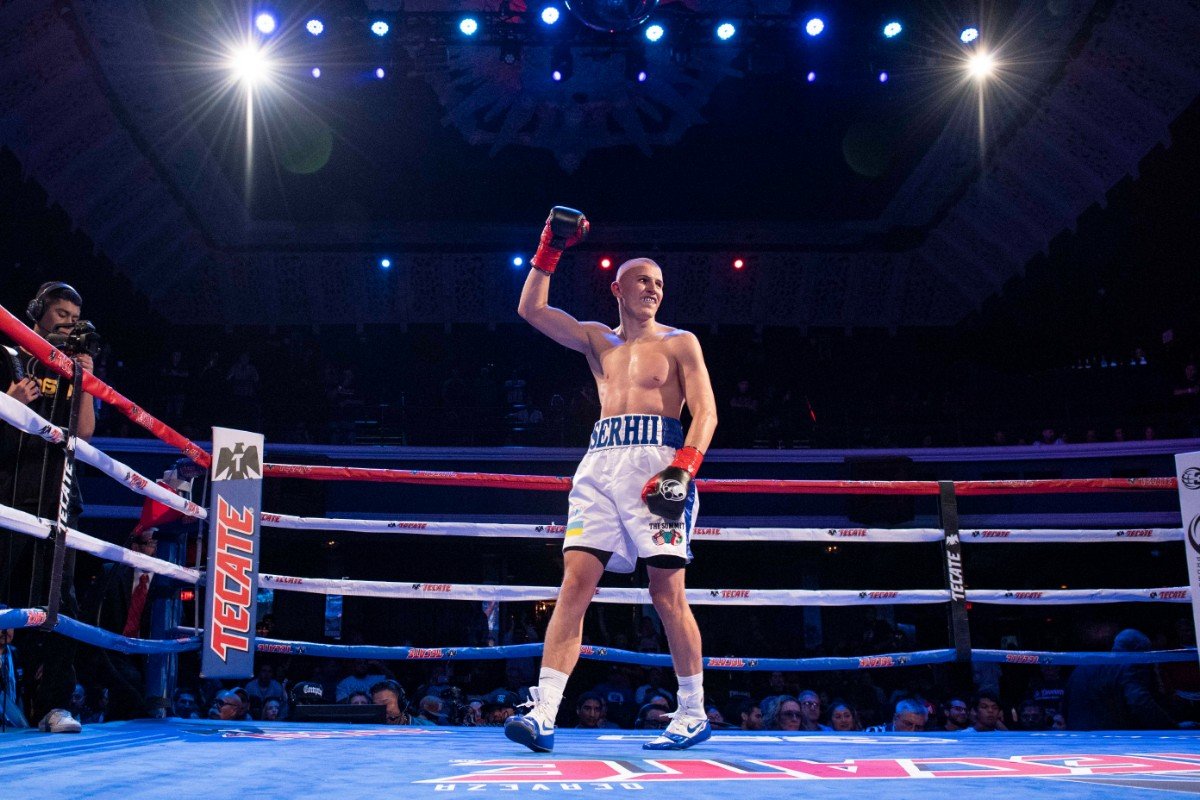 Promoted by Tom Loeffler’s 360 Promotions and Ural Boxing and trained by the renowned Manny Robles, the 25-year-old Ukrainian attacked Davila from the onset of the fight with his trademark all-action style, continuously hammering away at the valiant Davila. Fighting off Davila’s hard combinations, Bohachuk displayed his full arsenal overwhelming the Mexican veteran as the fight proceeded. Following a torrent of body shots in the sixth round, Davila’s corner stopped the bout before the start of the seventh stanza presenting Bohachuk with the victory.

Heading into the fight, Bohachuk was ranked #13 by the World Boxing Council and #8 by the International Boxing Federation.

Bohachuk vs. Davila was broadcast live on ESPN Knockout across all Latin American countries. The event was promoted by Max Boxing and sponsored by Team Berchelt.

Ricards Bolotniks booked his place in the final of the #GoldenContract light-heavyweight tournament with a victory over Hosea Burton.

The two men were competing at Studio 69 in Riga, Latvia, with a fantastic back and forth battle taking place over 10 hard-fought rounds.

Bolotniks appeared to get the better of the action, with the most dramatic moments coming in round nine when Burton received two standing counts after an onslaught from the Latvian.

In the end, the judges scored it 98-90, 100-90, 98-90, earning Bolotniks the win and seeing him keep hold of his WBO European light-heavyweight title in the process.

Bolotniks will take on the winner of the other semi-final, which sees Liam Conroy meet Serge Michel at Production Park Studios in Wakefield, England on Wednesday.

Elsewhere on that card, Tyrone McKenna takes on Ohara Davies in the super-lightweight semi-final, and Jazza Dickens faces Ryan Walsh in the featherweight final. 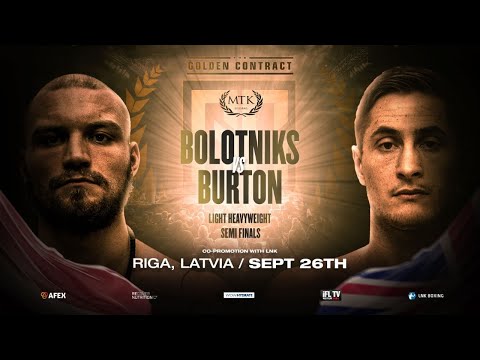 In the iKON launch, veteran lightweight Khasan “Black Wolf” Ashkabov improved to 21-2-0 with a second-round submission win in the main event against Cliff “The Goblin” Wright (12-14-0), by locking in a rear-naked choke.

Sedriques, “The Reaper” Dumas, won his pro debut in fashion, using a rear-naked choke to submit Clarence “Prodigy” Brown (1-8-0) in round one.