Alex Saucedo vs. Arnold Barboza on Oct.17 on Lomachenko vs. Lopez undercard 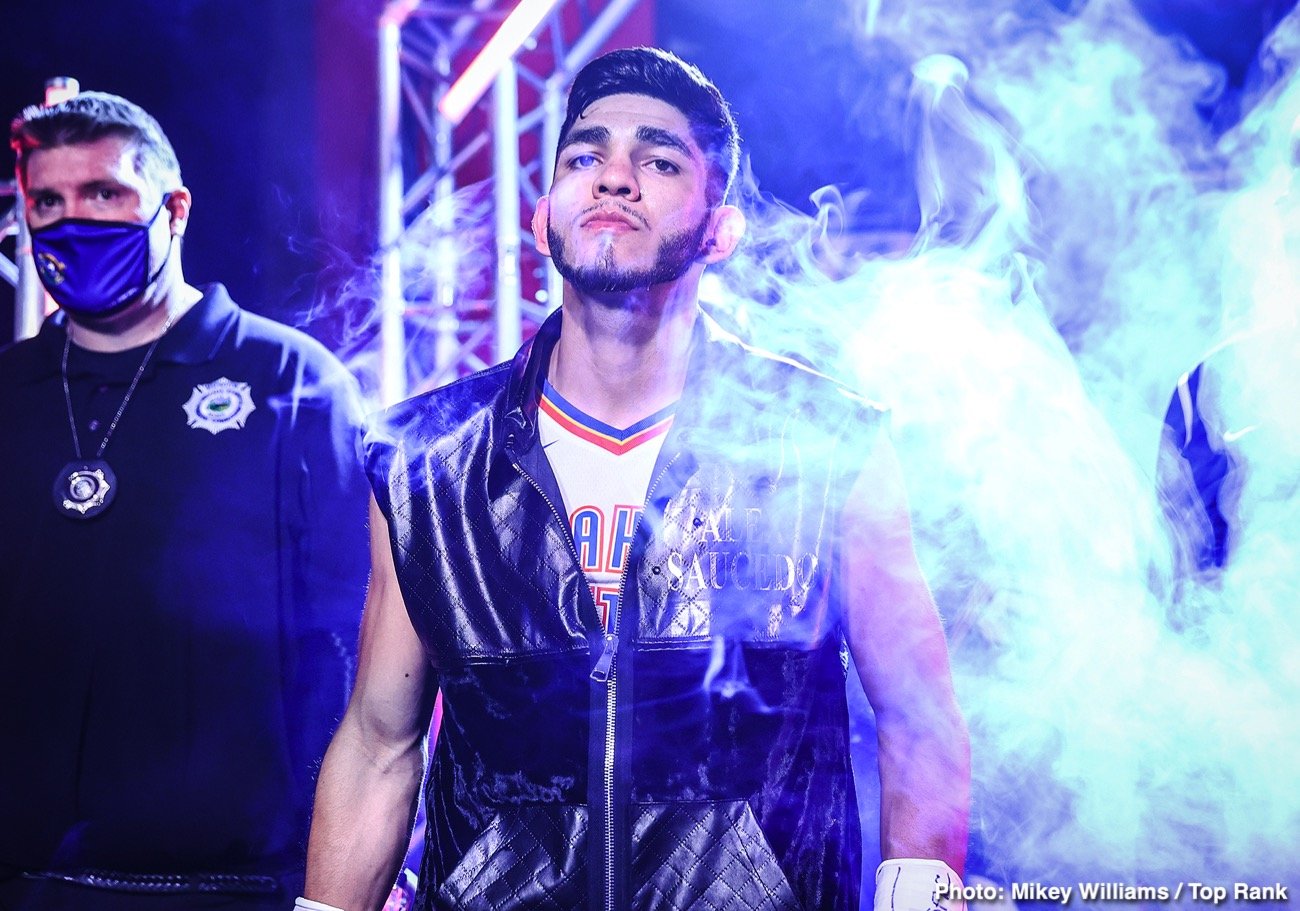 By Sean Jones: Alex Saucedo will be facing Arnold Barboza in a light-welterweight clash in the co-feature on the Vasiliy Lomachenko vs. Teofimo Lopez card on October 17 on ESPN. Saucedo-Barboza promises lots of action from to finish, and it might even outdo the Lomachenko-Lopez fight.

If Lomachenko chooses to move a little bit too much, Saucedo and Barboza could steal the show.

The 26-year-old Saucedo (30-1, 19 KOs) will be looking to win his third consecutive fight since his 7th round knockout loss to former WBO 140-lb champion Maurice Hooker in November 2018.

That match was an ill-advised one for the then 24-year-old Saucedo, who wasn’t ready to challenge at the time. Saucedo has since won his last two fights, beating Rod Salka and Sonny Fredrickson.

Alex taking on a good opponent

Barboza is someone that will show whether Saucedo has improved since his game. He’s got the offensive skills to take advantage of his defensive lapses.

Although Barboza isn’t the biggest puncher, he’s got the skills to give Saucedo a lot of issues. Top Rank is hoping that Saucedo can capture a world title soon, but he might not get past the gatekeeper, Barboza.

Saucedo has looked worlds better in his last two fights compared to his performances against Hooker and Leonardo Zappavigna. He looked like a punching bag in both of those fights. He took a lot of hard shots in both of those matches.

It was the Zappavigna fight in 2018 that showed the defensive problems in Saucedo’s game, as he had to battle hard to win a battle against a guy that should have been easy prey. 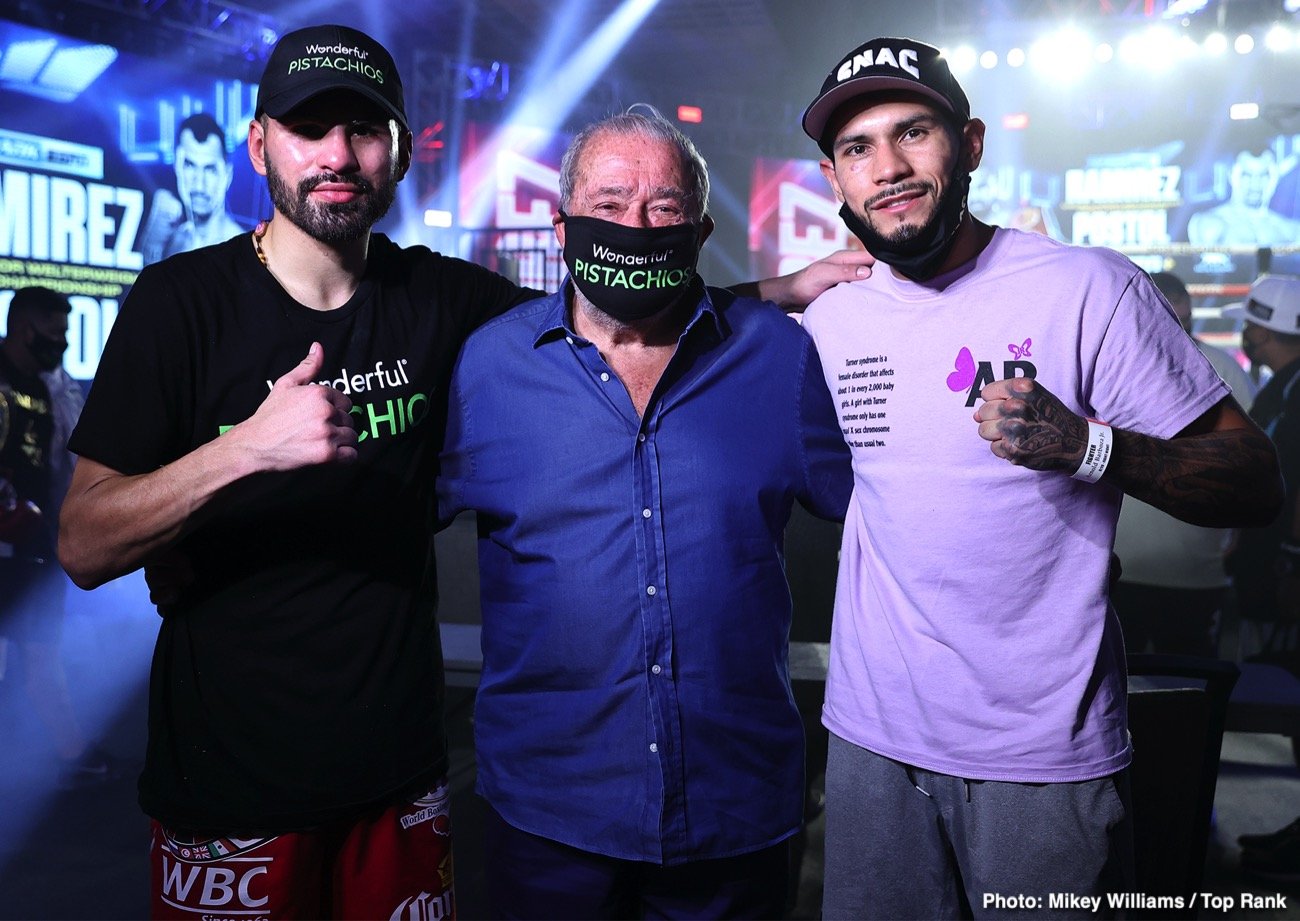 “Alex Saucedo and Arnold Barboza have agreed to terms for a 140-pound clash on Oct. 17, sources tell @TheAthletic. The fight will serve as chief support to Vasiliy Lomachenko-Teofimo Lopez on ESPN. Fan-friendly fight,” said Mike Coppinger.

#10 WBO Barboza, 28, recently defeated Tony Luis by a one-sided 10 round unanimous decision last month on August 29 at ‘The Bubble’ in the MGM Grand in Las Vegas, Nevada.

The fans haven’t been pushing for a fight between Saucedo and Barboza, but it makes sense for the match to be made. They’re both with Top Rank, and the World Boxing Organization has them ranked close together.

After seven years as a pro, Barboza is finally taking on a formidable opponent in Saucedo. Barboza will have his chance to show what he can do against a legitimate top ten contender on October 17. If Barboza can win this fight, he’ll make a name for himself. 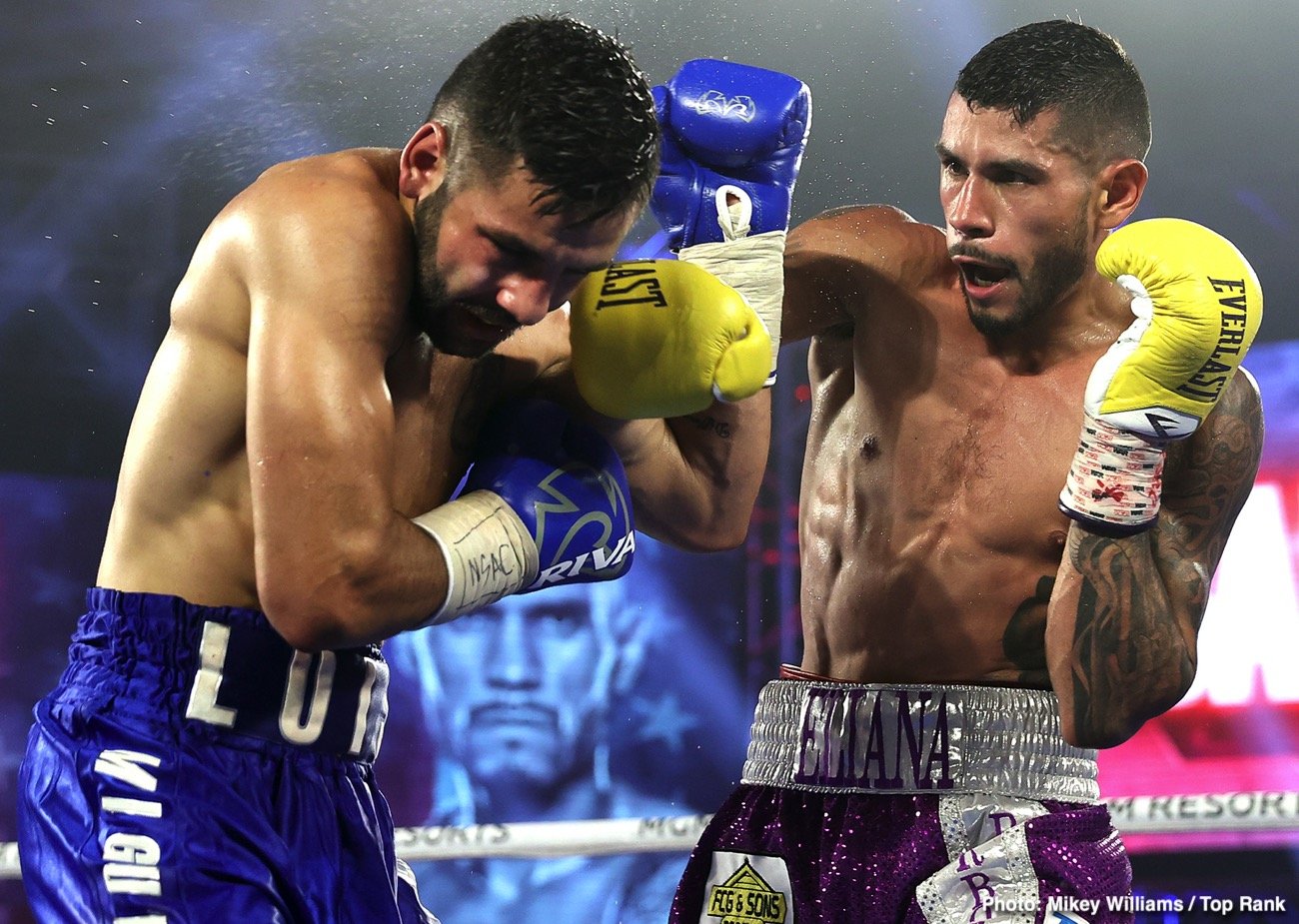 28-years-old is getting up there in age for a fighter that has never taken on a really tough cookie. It’s good that Barboza is finally getting a chance to show what he can do against a quality fighter.