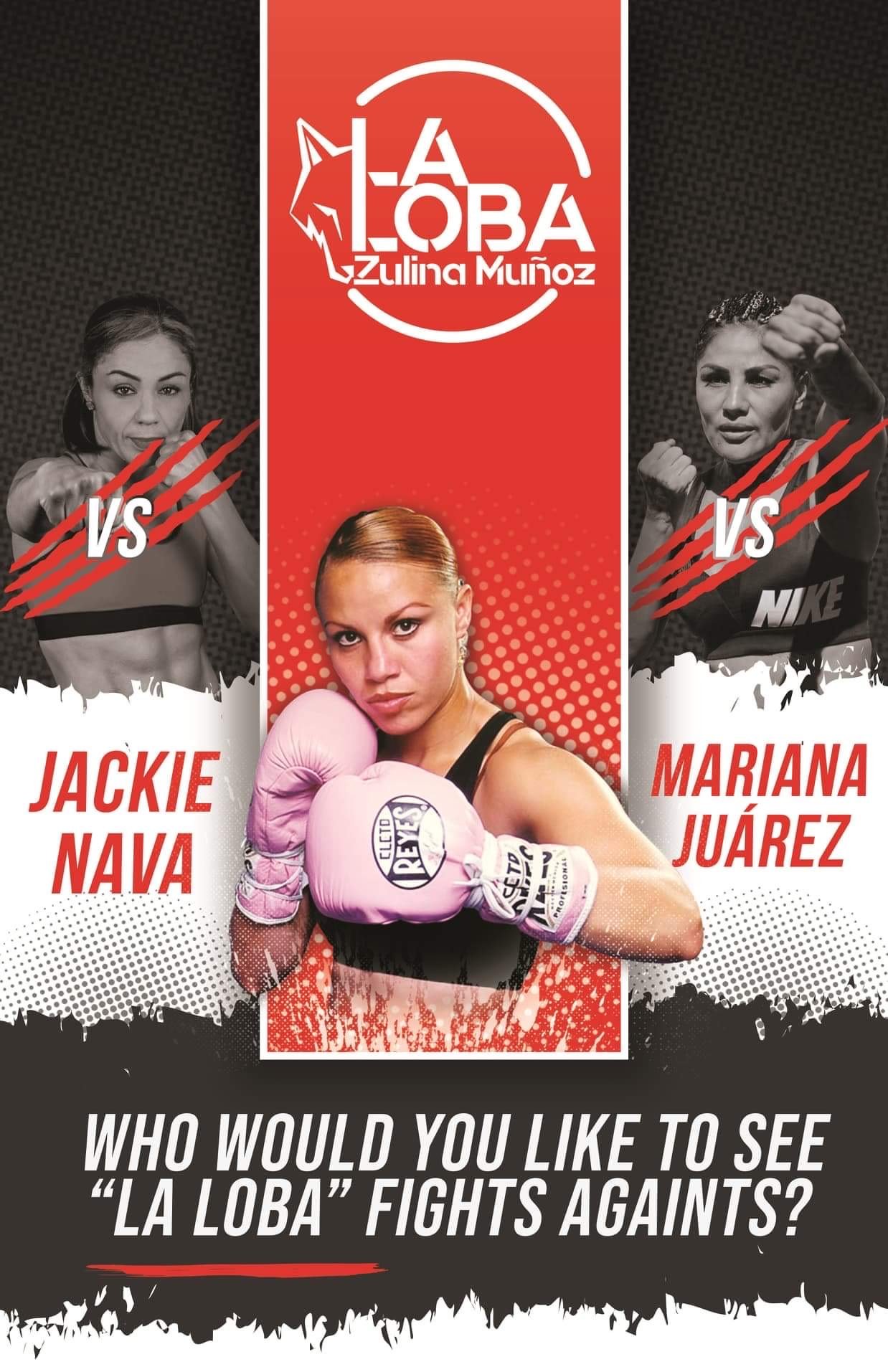 “They are two boxers who have given a lot to Mexico,” Muñoz said of Juarez and Nava recently. “I also have an extensive resume, so I fight with either one of them or both would be huge fights in all aspects, popularity-wise, in the ring, as well as for the fans.”

Muñoz, a promotional free agent, is coming off a second-round knockout of Valeria Perez this past March. The fight marked her three wins in a row in her new weight class of 118-pounds.

The WBC currently ranks the 32-year-old mother of two at #5 at bantamweight, where Mexico City’s Juarez is the current world champion and #3 by the AMB with Nava of Tijuana, Mexico, the champion at 118.

“I would love a fight with Nava, I respect Jackie immensely, I think she is a great champion,” Muñoz said of the Tijuana native. “A fight against her would be huge for everybody, not only for us both but for the fans.”

As far as with Mariana Juarez, “La Loba” has some history besides the back-and-forth challenges they have thrown at each other throughout the years. At one point, they were scheduled to fight each other for the WBC super flyweight title, which Muñoz held, but at the last minute, Juarez opted for another route.

“Our fight went to purse bid because our promoters back then couldn’t agree,” Muñoz explained. “My promoter at the time, Canelo Promotions, won the purse bid and we had the kick-off press conference, but neither she nor her team showed up. Later that day, we saw they were promoting another fight for her.”

Zulina “La Loba” Muñoz is anxious to get the opportunity against either one of them as soon as possible. Currently, she is a promotional free agent, so there is no major obstacle to make the fight. It is just a matter of one or both to decide to take on the challenge Muñoz poses inside the ring.