Teofimo Lopez says he’ll beat the stuffing out of Vasiliy Lomachenko on Oct.17

By Chris Williams: Teofimo Lopez is expecting Vasiliy Lomachenko to fall to pieces mentally when he starts dominating him in their fight on October 17 on ESPN.

The 23-year-old Teofimo (15-0, 12 KOs) says he sees age starting to show in the 32-year-old Lomachenko (14-1, 10 KOs) after watching his recent performances against Luke Campbell and Jose Pedraza, and he feels that’s a sign that he’s getting older now.

IBF lightweight champion Lopez and WBA/WBC [Franchise]/WBO 135-lb champion Lomachenko will be meeting in a unification fight on October 17 on regular ESPN.

Although Top Rank sees this as a match for the undisputed 135lb division, it falls well short of that due to Loma not holding down the WBC title. Lomachenko has the WBC Franchise title, which can’t be won or lost.

Devin Haney holds the WBC 135-lb title that can be won and lost, and that’s the one that the winner of the Lopez vs. Lomachenko will need to win for them to become the undisputed champion.

Top Rank will be doing the boxing world a disservice if they call the Lomachenko-Lopez fight a match for the undisputed championship because that’s not what this is. Lomachenko’s Franchise title can’t be won or lost, so you can’t count that as an actual title.

Those types of titles don’t count in the eyes of a lot of boxing fans, including Chris Williams. The Franchise belt is more of a strap that is given to fighters that the World Boxing Council likes. An example of that is Canelo Alvarez, who is held in high regard by the WBC.

Teofimo says he won’t be surprised if Lomachenko tries to kick him during their fight out of frustration. He wants to trash talk Lomachenko so that everyone can hear at home due to the battle taking place without an audience. 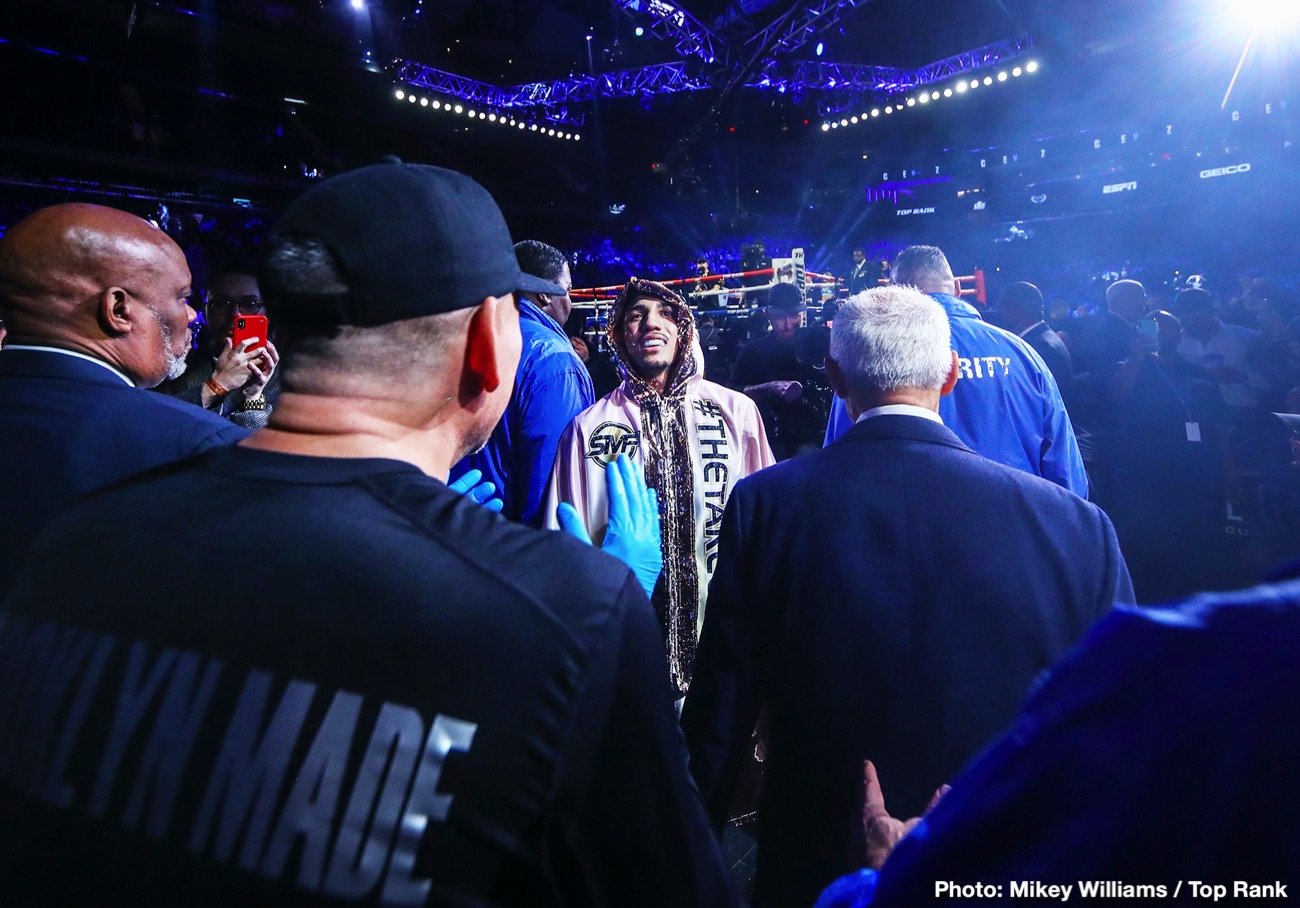 “Don’t be surprised if this guy tries to f***** kick me,” said Teofimo to RingTV about Lomachenko.

“It’s going to be worse for Loma than it was for Commey. I’m going to be on him like a savage,” said Lopez about Lomachenko.

Teofimo can end the fight quickly

What Teofimo isn’t figuring on is Lomachenko getting hurt, and stopped long before he gets a chance to put a systematic beating on him.

Lomachenko has been taking a lot of punishment in his recent fights against Jorge Linares, Luke Campbell, and Jose Pedraza. Those fights showed that Loma is getting older, and he’s not the same guy he was when he was competing at 126 and 130 earlier in his career.

The only lightweight that Lomachenko was able to handle without getting beaten up was Anthony Crolla, who was more of a flawed domestic-level fighter from the UK.

Lomachenko’s fourth-round destruction of Crolla wasn’t that big of a deal because that guy had never proven himself against the best during his career.

If Lomachenko starts to fall apart against Teofimo on October 17, the fight could end quickly like a sudden avalanche of snow. Once Lomachenko gets caught up in a snowstorm of shots from Lopez, the match could end dramatically within a matter of seconds.

That’s how it goes when you get an older guy like Lomachenko fighting a young lion with the size, youth, speed, and power advantage over them.

Lomachenko would still be the superior fighter technically than Lopez, but it would be a situation where he got caught by the younger guy with the size, speed, and power going for him.

Lopez has already trimmed down from close to 160 to start training camp, and he’ll be close to 150 by the time he steps foot inside the ring against Lomachenko on October 17. That’s a lot of size for a fighter that competes in the 135lb division.

“Loma tries too hard to make everybody think he can still do it, even though he’s 32 years old,” said Lopez.

“Just imagine if I hit Loma like Linares did. After that, he fought Pedraza and he got his face beat up. He found it was a lot harder for him than he thought,” said Teofimo. 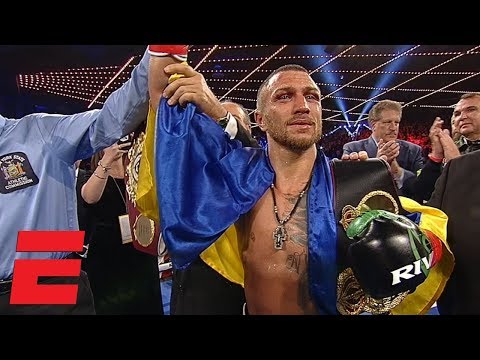 Those fighters don’t hit as hard as Teofimo, and the two-time Olympic gold medalist Lomachenko will fall apart under the strain of trying to take those shots.

Lopez sees Lomachenko as being overconfident going into their fight due to his past success. Still, he feels that confidence is going to disintegrate quickly once he starts clipping him with shots.

Lomachenko will go from confident to frustrated within a blink of an eye, and then it’ll be all downhill from there.


« Saunders labels Canelo a “cherry-picker” for choosing Yildirim to fight