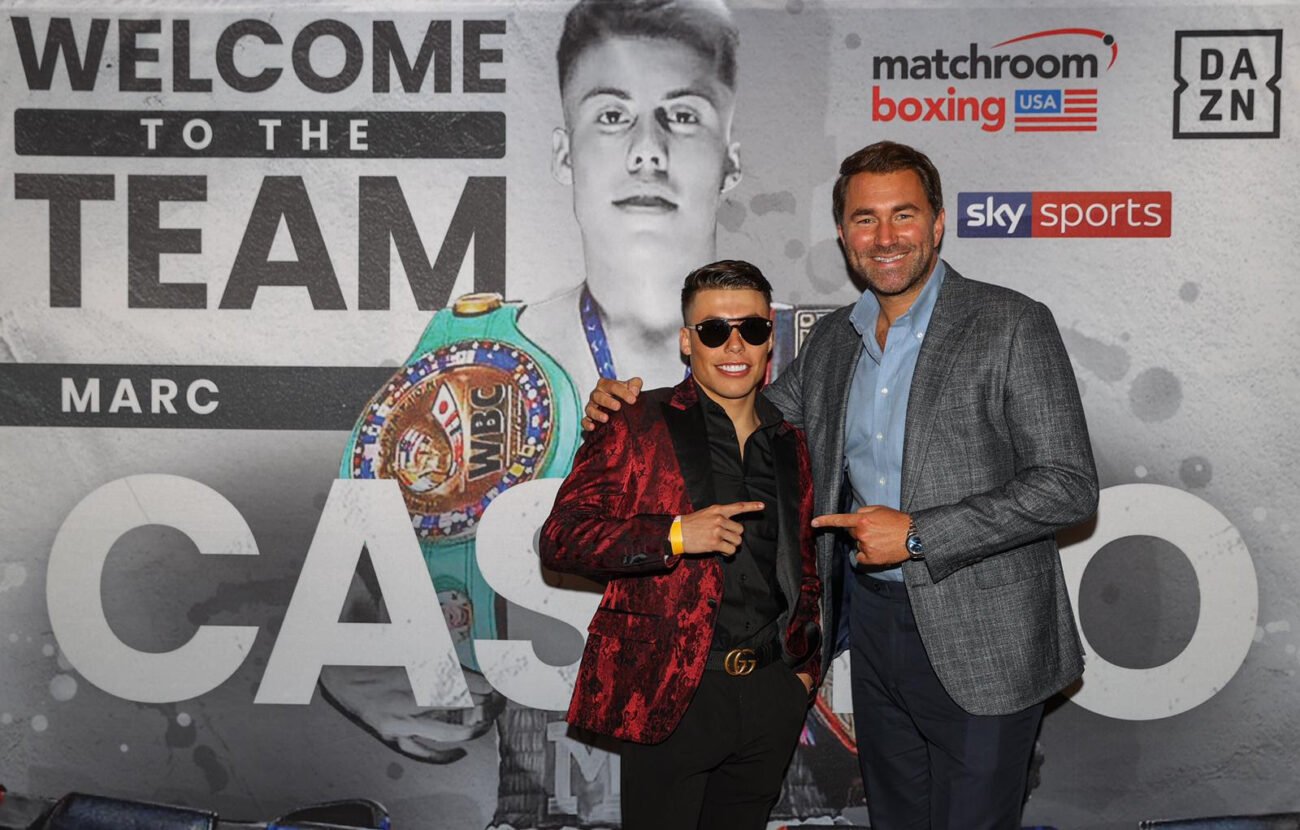 Marc Castro’s pro debut has been cancelled after the fighter and his father-trainer Tony tested positive for COVID-19.

The Fresno talent had been ready to take his first steps in the paid ranks in Tulsa, Oklahoma on Saturday night, but that will now be put on ice after the receipt of his positive result from his test on the ground in Tulsa yesterday. Marc and Tony are now under quarantine and are isolated from the other fighters on the card and personnel involved in the show.

All other tests for fighters, their camps and all staff around the event came back negative and the card will go ahead as planned.

“We are all extremely disappointed for Marc that his debut has been postponed following his positive test for COVID-19,” said Dr. Rod Ballelos, Matchroom’s Chief Medical Officer.

“Marc and his father will now be under strict quarantine, and plans are being made to ensure the safety of everyone still involved in the event, as well as to not expose the community and contribute to this already devastating pandemic.”

“While it is upsetting news for all concerned, I believe the strict protocols that we have put in place – ensuring a negative test prior to travel to Tulsa, quarantine upon arrival to the hotel, then tested once again – have proven to be effective. Furthermore, social distancing, religious use of masks, and the sanitary practices we have put in place have also proved that such basic practices do work in preventing the spread of COVID-19.”

Rising Super-Welterweight Israil Madrimov (5-0 5 KOs) can close in on World title honors as he meets Eric Walker (20-2 9 KOs) in a final eliminator for the WBA World title while Madrimov’s fellow countryman Shakhram Giyasov (9-0 7 KOs) will now face Wiston Campos (31-7-6 19 KOs) after second replacement opponent Rey Perez was ruled out following original opponent Francisco Rojo being forced out of the bout after testing positive for COVID-19 during his training camp in his home city, and a pair of young talents complete the card in Nikita Ababiy (8-0 6 KOs) and Raymond Ford (5-0 2 KOs).

« Archie Sharp: “Shakur Stevenson Can Have It”