Donovan vs Barrett & Courtenay vs. Ball this Friday, Aug.14 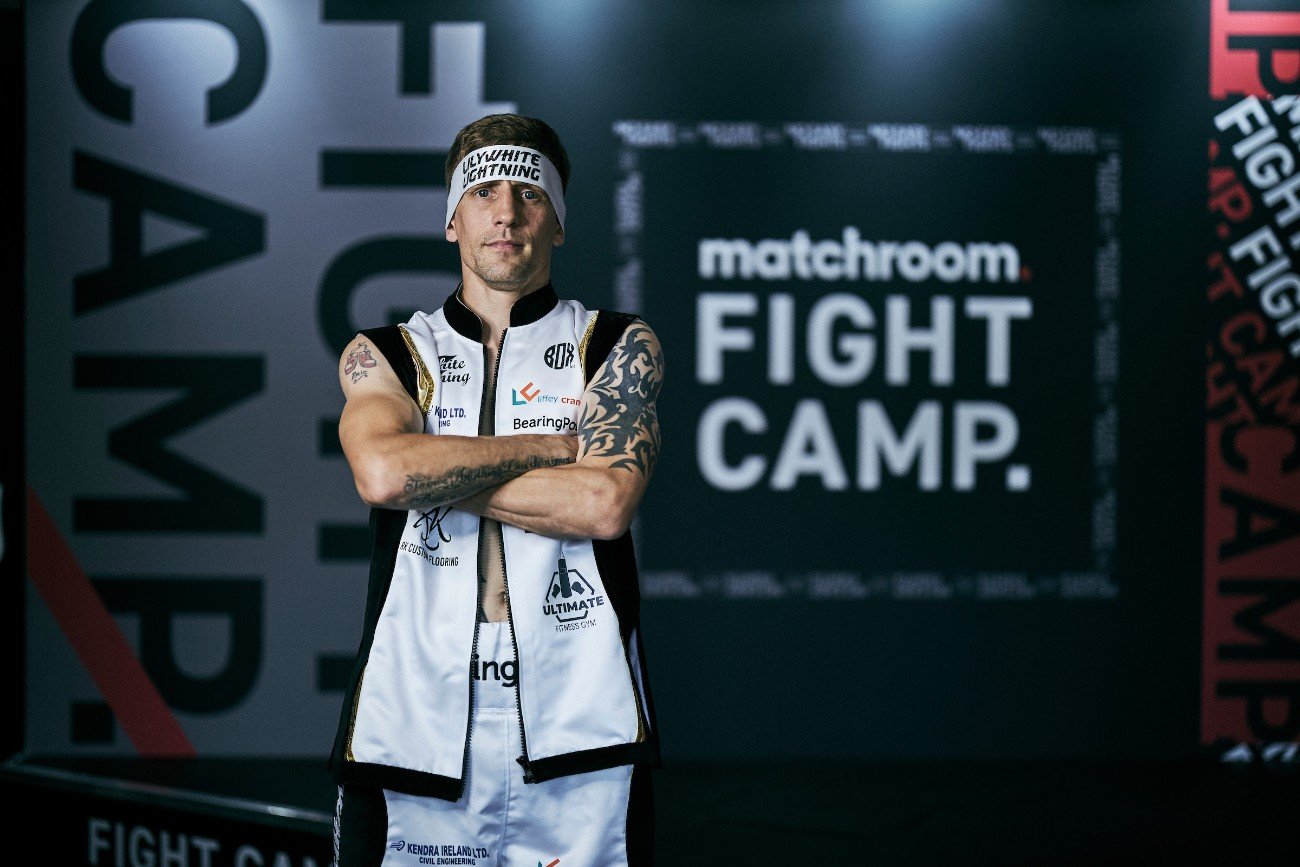 Eric Donovan finally has his big breakout opportunity as he takes on top Matchroom prospect Zelfa Barrett for the vacant IBF Intercontinental Super-Featherweight Title at Fight Camp this Friday August 14, live on Sky Sports in the UK and DAZN in the US.

Donovan (12-0, 7 KOs) is undefeated in the paid code since making the decision to turn over in 2016 following a standout amateur career in which he won five Irish National Championships, as well as representing his country, winning bronze medals at the 2009 European Union Championships and the 2010 European Championships.

As an amateur, ‘Lilywhite Lightning’ faced some of the best fighters on the planet, locking horns with Olympic, World and European Champions. Despite winning the Irish National Featherweight Title last year, the 35-year-old has yet to be properly tested in his pro career, but feels his clash with Manchester’s Barrett could be the fight that propels him towards more title action at 126lbs or 130lbs.

“If I don’t perform to the best of my ability, then Zelfa Barrett will beat me. That’s why I’m up for this fight and that’s why I know you’re going to see the best Eric Donovan on August 14th. I have an opportunity to salvage a career. To make something of my career. To go out and finish off my boxing journey with a bang. To finally say I’ve done it my way.

“I’m absolutely delighted to be here and I’m very grateful for the opportunity. I think in life if you want to be successful, no matter what, you have to take risks. You also have to be able to back it up. You have to be good enough and you have to prepare well. When this opportunity was presented to me, I knew that chances and opportunities for me are few and fare between.

NEWS:   The Rematch: Usyk vs Joshua To Be Broadcast Live On DAZN In The US

“Nobody has the balls to fight Zelfa at Super-Featherweight in Britain. So when Mark put it to me I said, ‘yes Mark, I’ll step up to it and I’ll take that because I see an opportunity’. If I can perform to the best of my ability on Friday night I think I can do enough to win. I can see holes in Zelfa Barrett that I can exploit. Destiny awaits me on August 14th.”

Shannon Courtenay says she is ready to justify her hype when she takes on Rachel Ball over eight rounds in a Super-Bantamweight contest at Matchroom Fight Camp this Friday August 14 in Brentwood, Essex, live on Sky Sports in the UK and DAZN in the US.

‘The Baby Face Assassin’ turned heads with five wins on the bounce in her first year as a professional, fighting across London at the Copper Box Arena, York Hall and The O2 in Greenwich, now the hugely-popular 27-year-old takes a leap up in class to face Ball in her toughest assignment to date.

Ball, the only woman to win the BBBofC Midlands Area Fight of the Year Award, proved she can mix it with world level fighters when she pushed current Interim WBC Super-Featherweight World Champion Katherina Thanderz all the way in a close points loss at short notice last year. Courtenay is relishing the challenge.

“This is going to be a fight where you can actually see what I’m about,” said Courtenay. “Some people think that she might win, so I feel like I’m going to prove a lot of people wrong and I’m looking forward to making a statement. I perform well under pressure. When you put me in sparring with better girls, I perform better. You’ll see that on fight night.

“I’m going to shock a lot of people. Nothing worth having comes easy and I’ve worked so hard. I think every fight was a learning curve. Every fighter that I’ve come across was very different. I’ve learnt with every fight. It has been a bit of an apprenticeship for me. Now is the right time for me to step up, have a tough fight and show people what I’m all about.

“I’m working even harder to prove that I deserve to be here. Some people might say ‘she never went to the Olympics’ or question why I’ve been given such a big platform by Matchroom and Sky Sports, but on August 14th I’ll show why I’m on this platform by making a big statement.”

Three-time kickboxing World Champion Ball has been in a fiery mood since arriving at the official fighter hotel on Monday, questioning how the untested Courtenay will cope when she has a live opponent with ‘monstrous’ height in front of her. Watford’s Courtenay has warned Ball that she would be a fool to underestimate her punch power.

“This was the first fight that was offered to me for Fight Camp and there was no hesitation in taking it from me. I’ll be honest with you, I didn’t know a great lot about Rachel. I know that from the day I had my debut, she was Tweeting about me non-stop. I’ve been living in her head rent free for at least a year now, so that’s fine by me.

“I had a little watch of her afterwards. She’s tall, but there’s nothing that worries me about her. I’m confident going into this fight. I think I’ll be too strong. She’s around a foot taller than me. She might think someone this small might not be able to hurt her. Let me assure you, I carry power and she will feel it, 100%.

“I think people are intrigued because they’ve not seen enough of me yet. There’s this big following and social media presence. Do I deserve it because I haven’t boxed anyone of a big name yet or big status? There’s people that will question if I deserve this platform or deserve this hype. On August 14th I’ll prove that I do.”

Rachel Ball is preparing to give fight fans the “shock of their lives” when she takes on popular Watford prospect Shannon Courtenay over eight rounds on Week 3 of Matchroom Fight Camp in Brentwood, Essex on Friday August 14.

The three-time kickboxing World Champion racked up four wins on the bounce after switching to professional boxing in 2017, including a points win over Eftychia Kathopouli in an all-out war at the Banks’s Stadium that saw both fighters touch the canvas.

Her first loss came against current Interim WBC Super-Featherweight World Champion Katherina Thanderz last year when she travelled to Norway at short notice to take on the former European Champion over eight rounds in Arendal.

Despite Thanderz stepping in heavy on the scales, the fight went ahead and Ball pushed ‘Katy’ all the way in a close points loss. Having proved she can mix it with world level fighters, Ball has questioned how the relatively untested Courtenay will cope in her first real step up.

“Fans are going to have the shock of their lives,” said Ball. “They’re going to see a tall skinny ginger girl from Walsall coming in and smashing it up in Eddie’s back garden. I can’t wait and I think everyone is going to enjoy it. It’s going to be a brilliant fight.

Ball, the only woman to win the BBBofC Midlands Area Fight of the Year Award, heads into her showdown with Courtenay as the underdog with the bookies, a tag that she happily owns as she looks to announce herself on the big stage live on Sky Sports in the UK and DAZN in the US.

“A lot of people have me down as the underdog. I’m only the underdog because people don’t know me. It’s not a reflection of my skills or my ability to fight. I’m sure they’ll see that come fight night. The underdog tag spurs me on because I want to prove to people how good a fighter I am.

“As soon as the fight was announced and it was out with the bookies I had people putting money on me. People back at home have been betting on me. If I win, I’m going to be really popular on August 14th! Hopefully it will be a good pay day for everyone watching at home.”