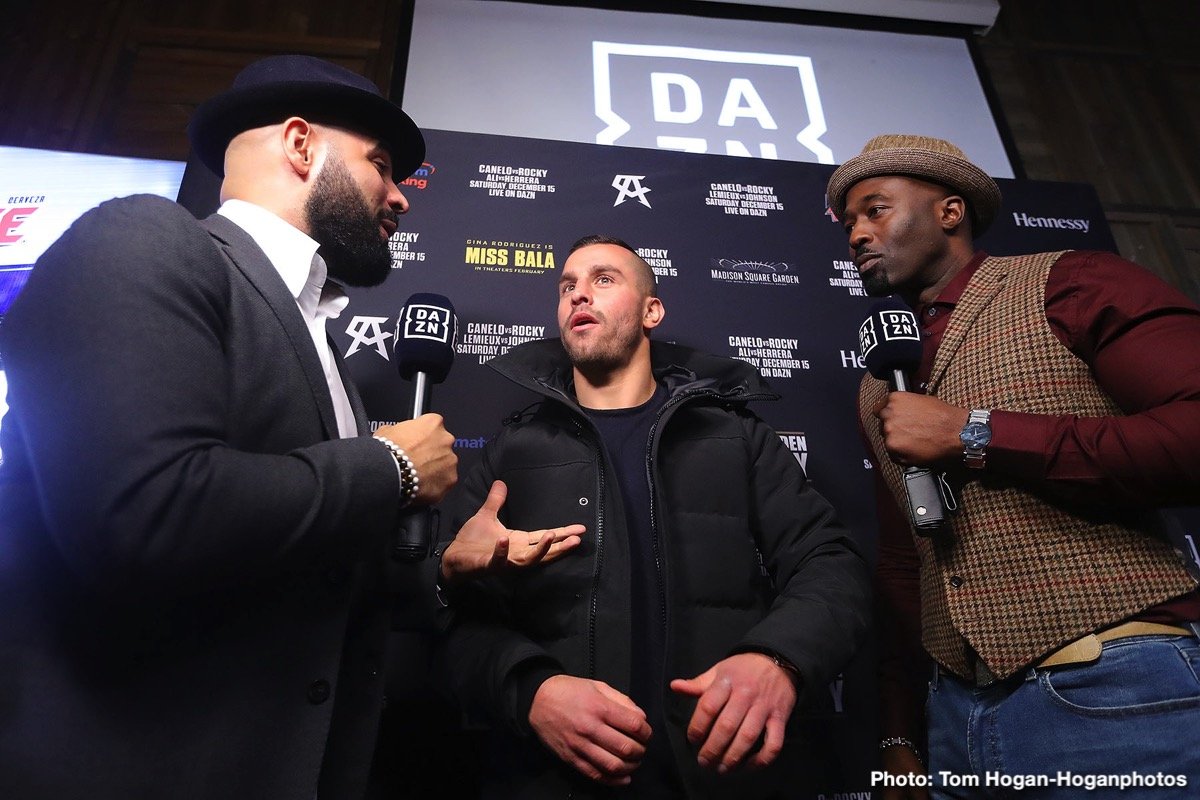 By Barry Holbrook: The pandemic has kept former IBF middleweight champion David Lemieux inactive for the first eight months of the year, but he still hopes to have two fights in by 2021. #3 WBC

The hard-hitting Lemieux wants to get a couple of fights in to get tuned up before fighting for a world title against whoever ends up with the vacant WBC super middleweight belt. Avni Yildirim and Canelo Alvarez were recently talked about potentially scrapping for the vacant WBC 168-lb belt, but that fight might not happen.

If Canelo doesn’t face Yildirim, then it could come down to either Azizbek Abdugofurov or Callum Smith. Both of those fighters put their names into the hat to be considered by the World Boxing Council to battle for the WBC super middleweight title. Lemieux would then face the winner of that fight.

The downtime has helped Lemieux

Bursak, who isn’t a puncher, surprisingly dropped the 31-year-old Lemieux in rounds one and five. However, Lemieux came storming back in the second half of the contest to knock Bursak down in round six and get the better of him in rounds seven through ten.

Lemieux won by a 10 round split decision, but it was close. The reason for Lemieux’s difficulties against Bursak was due to a back problem he’s been dealing with during that time. With the pandemic, Lemieux has been able to heal, and he’s ready to return to the ring now to chase a world title. 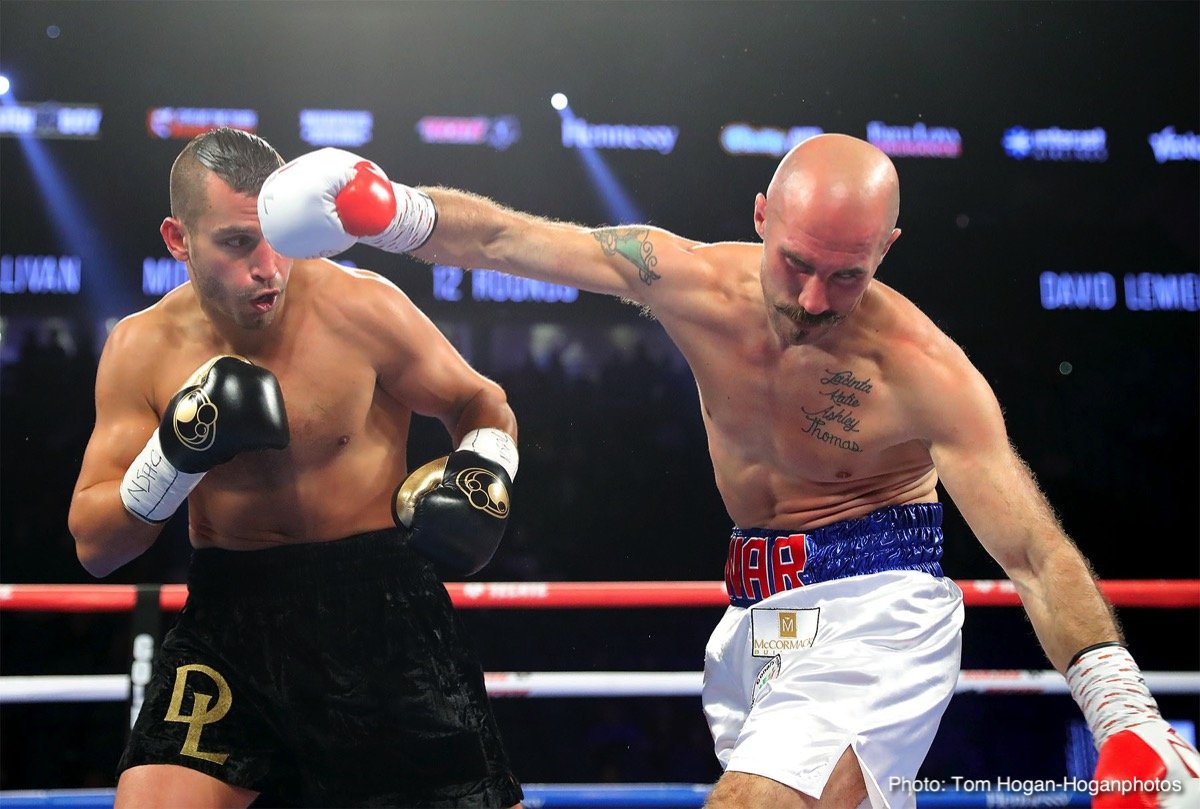 “For me, I was heading for one or two big fights. It is clear that it is postponed,” said Lemieux to RDS. ”

“My body is thanking me right now. It will come back strong. I am 31 years old and I am clearly at the peak of my career. “

Some boxing fans might differ with their opinion on whether Lemieux is at the peak of his career or not at age 31. But he has won his last three fights since losing to Billy Joe Saunders in 2017.

Saunders embarrassed Lemieux in beating him by a lopsided 12 round unanimous decision in front of his boxing fans in Laval, Quebec, in December 2017.

Lemieux wasn’t at his best for the Saunders fight, and the fans could see that. David’s weight problems in trying to get down to the 160-pound weight limit.

In hindsight, Lemieux shouldn’t have taken that fight with Saunders because he was struggling with the weight, and he needed to move up to 168, which he now has.

Saunders took advantage of Lemieux’s problems getting down in weight, and he was able to dominate him in winning an easy 12 round decision.

If Lemieux keeps winning at 168, he could meet up with Saunders shortly to try and avenge his loss.

In Lemieux’s last three fights, he’s looked mostly sharp in beating Karim Achour, Gary ‘O’Sullivan, and Bursak. Yeah, Lemieux has problems against Bursak, but that was because of a back injury that he was dealing with at the time.

“2019 was not the year I wanted. We are going to put the scales in the right place and not have such long waits between each fight,” Lemieux said.

“This is what we are considering. We will see each situation. [The goal] is to have a fight as quickly as possible. So I stay ready, ”said Lemieux.

Lemieux is in the perfect position to challenge for the WBC title with his #3 ranking. It won’t be surprising if the WBC turns to Lemieux if Canelo chooses to drop out of the fight with Yildirim.

The WBC’s board of governors voted 36-1 to approve Canelo as the opponent for Yildirim, but DAZN reportedly doesn’t want the Canelo-Yildirim fight for their streaming platform.

Lemieux has past losses to these talented fighters: