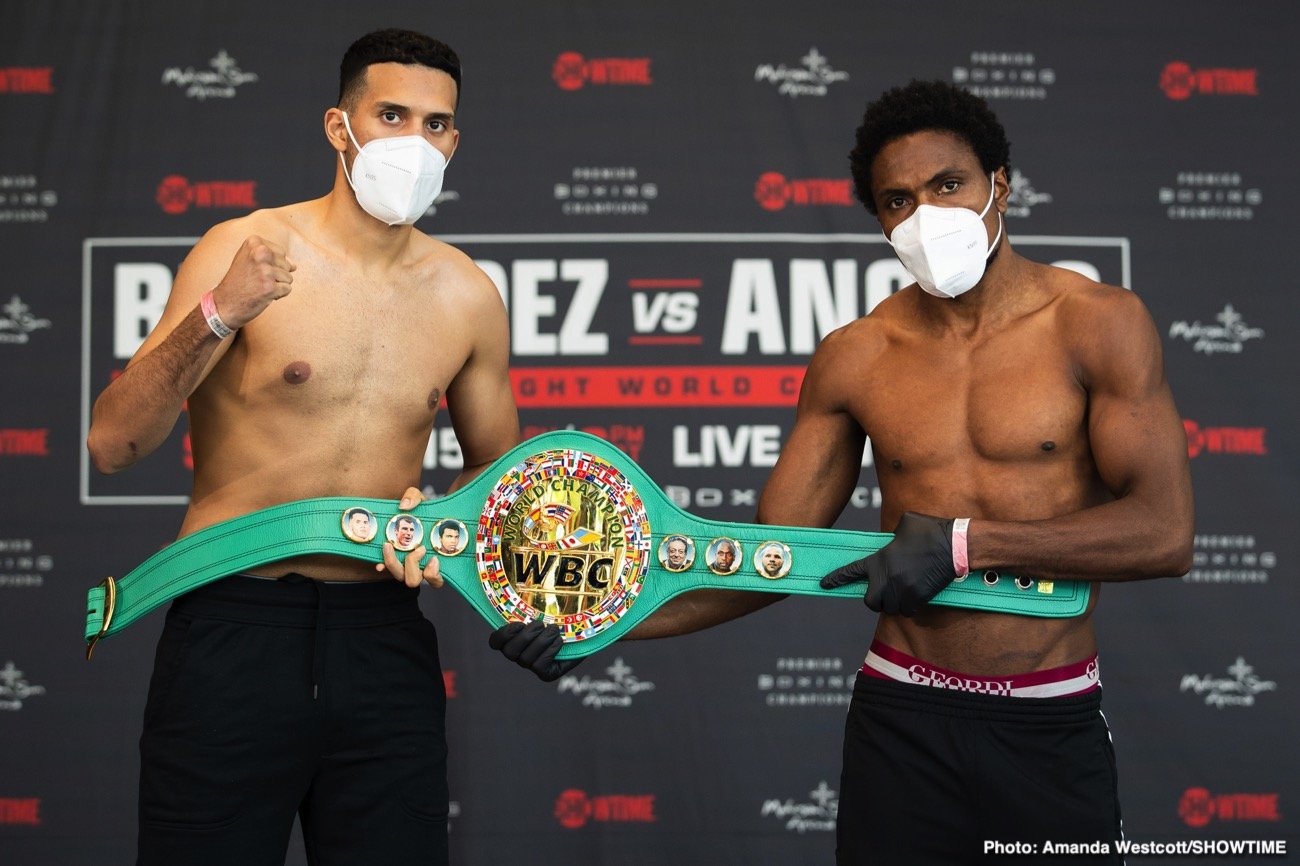 By Dan Ambrose: David Benavidez (22-0, 19 KOs) lost his WBC super-middleweight title on Friday after weighing in at 170.75 lbs for what would have been his title defense against bottom-ranked #15 WBC Roamer Angulo (26-1, 22 KOs).

The WBC super-middleweight title is now vacant and will be available for the 36-year-old Angulo to attempt to win tonight in their match at the Mohegan Sun Casino in Uncasville, Connecticut.

The 23-year-old Benavidez (22-0, 19 KOs) weighed in close to three pounds above the 168b limit, and he attributes his problems on not being able to work out this week.

Given his size, it’s something he should have been fully aware of ahead of time. Blaming it on his lack of time to prepare could be a sign that he doesn’t recognize how difficult his problem is when it comes to him trying to stay in this weight class.

“It’s just the last three pounds that wouldn’t come off. Maybe not having the proper things I needed like no sauna. I was only able to go to the gym an hour a day since I got here,” said Benavidez. 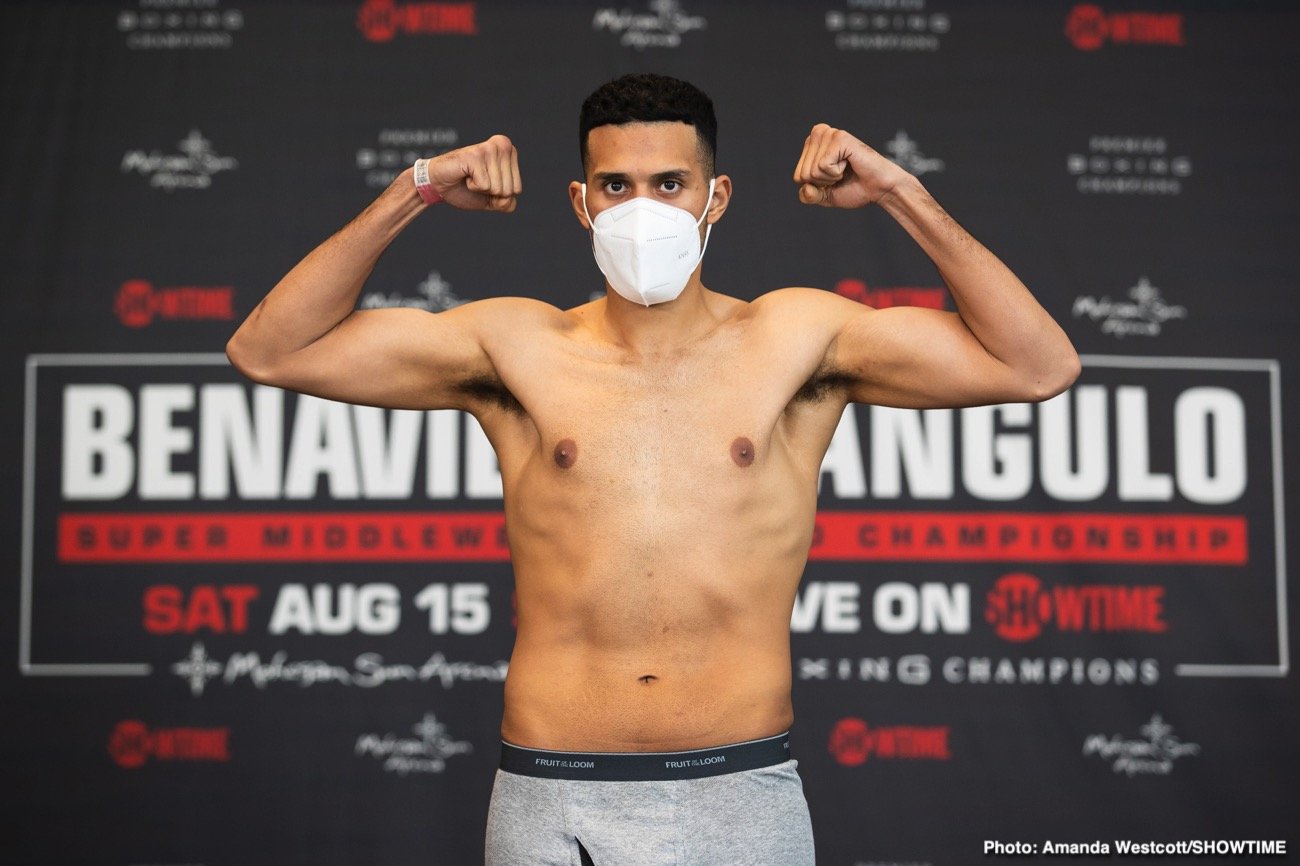 Benavidez isn’t saying anything yet about wanting to make a move up to 175, but it would be a good idea for him to do so. When a fighter can no longer lose the last three pounds to get down to their weight class, it’s a signal that they need to move up.

Fighting at 175 would allow Benavidez to have an extra seven pounds to play around with, and he could make that weight reasonably easy. But even 175, he could find it just as challenging to get down to that weight in a matter of years.

It was thought going into tonight’s fight that Angulo had no chance of winning the battle, but it’s possible that he could pull off the upset if Benavidez is weight drained from battling the pounds.

Angulo has a chance now

Until now, hardcore boxing fans had no interest in the Benavidez-Angulo fight due to Angulo’s dreadful showing in his lopsided 12 round unanimous decision defeat to former WBO super middleweight champion Gilberto ‘Zurdo’ Ramirez in June 2018 in Oklahoma City, Oklahoma. Angulo lost the fight by the scores 119-109, 120-108, and 119-109.

Angulo lost every round of the fight and was never competitive even for an instant. Although Angulo has won his last three matches since then, it’s been against inferior opposition with him beating Anthony Sim Jr, Javier Gomez Rueda, and Reinaldo Gonzalez.

But with that said, Angulo might have a shot at winning tonight if Benavidez is worn out from trying to drop down to 168, which is a division that his body can no longer support at this point in his career.

For Angulo to have a shot at winning, he’s going t need to take the fight to Benavidez, pressure him always and make him expend energy. Benavidez’s last opponent Anthony Dirrell did that up to a certain point against him, but he was dealing a lousy cut that handicapped him during the second half of the fight.

This was the same cut that had Dirrell had in his previous fight against Avni Yildirim, and it hadn’t healed properly. 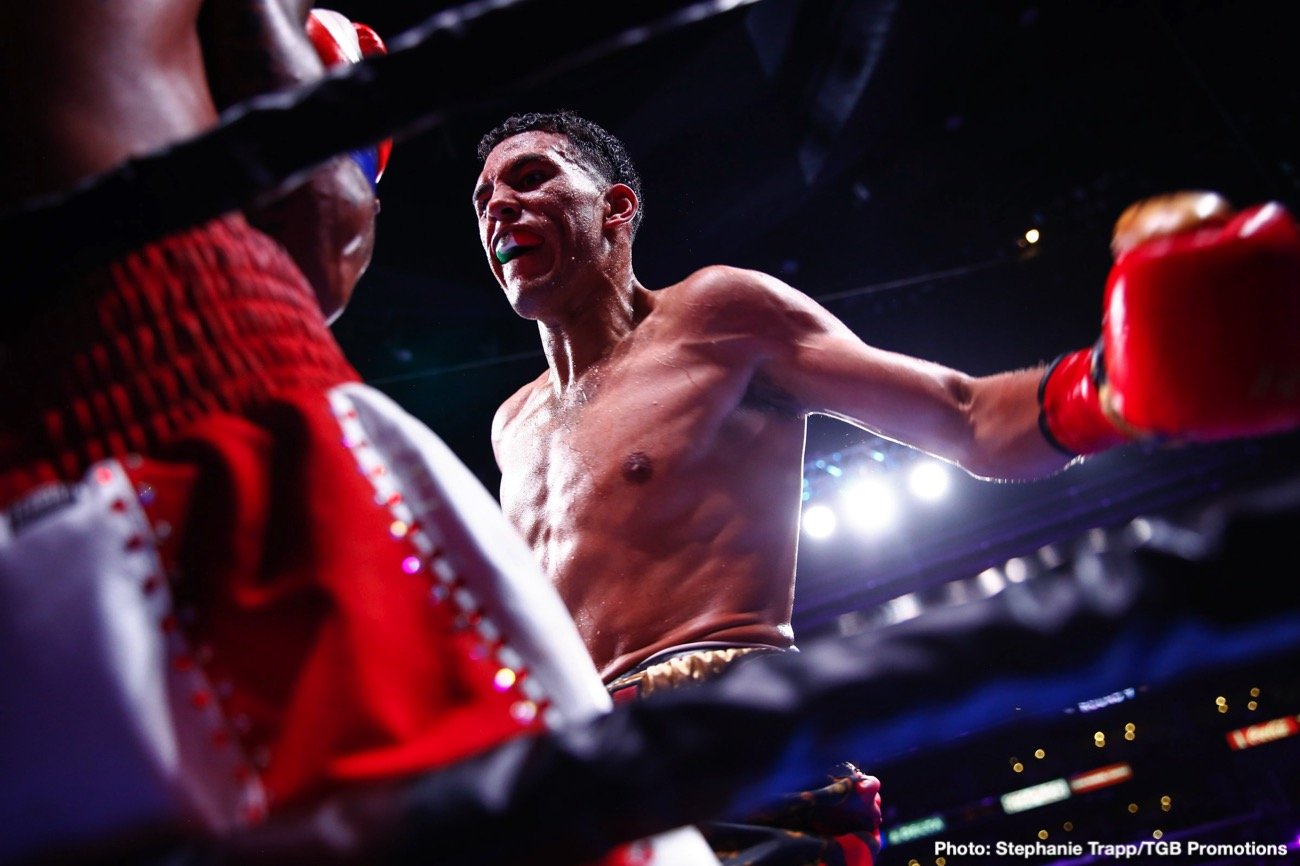 Angulo can punch, but he’s old, and he doesn’t have the same substantial light-heavyweight-sized frame that Benavidez’s possesses for this fight. That’s why Angulo lost to Gilberto Ramirez in 2018.

He was fighting the light-heavyweight-sized Ramirez, and he didn’t have the frame to compete against a fighter that huge. Ramirez was still able to meltdown to 168 at that point in his career, but not anymore.

“I thought a fat boy, who keeps losing his belt but can’t get that b**** back, said something,” said IBF super middleweight champion Caleb Plant on social media, in eacting to Benavidez failing to make weight.

“I’m very sorry to hear about David Benavidez failing to make weight,” said WBC President Mauricio Sulaiman. “He’s a warrior, and this is a result of the very trying times that we are living.

“Without having the proper preparation, the conditions, and the food. I feel so sorry for David Benavidez, and I want to express with my heart to him. He is so dedicated, and he is a disciplined boxer. Its a matter of the situation that we have to understand that we are facing a different world. 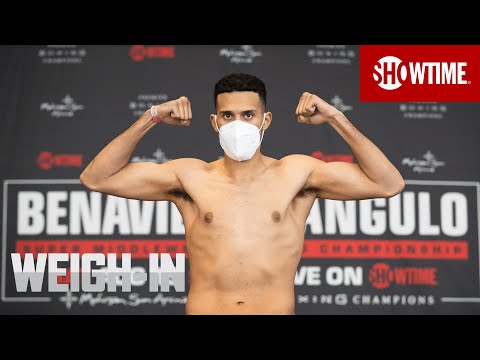 “This is a wakeup call for the whole boxing industry. We need to look into this matter. I am very sorry for Benavidez. The fight will go on. Angulo and Benavidez will fight. If Benavidez, the title will be vacant, and if Angulo wins, he’ll be the new champion of the WBC, said Sulaiman.

What Sulaiman isn’t commenting on is the genuine possibility that Benavide’s problems with his weight are the result of what eventually happens to a fighter when they’re fighting in a weight class that isn’t designed for their body size.

For example, if you’re a light heavyweight, you’re eventually going to run into a situation where you fail to make weight. But even if you do continue to make weight, you’ll get a diminishing return as far as losing energy and power.

Should David forget about Canelo & Plant?

It’s pointless for Benavidez to continue to waste time calling out Canelo Alvarez and Caleb Plant at 168 if he can’t even make weight for the division.

It would be better for Benavidez and the boxing public if he were to start calling out guys that he has a good chance of fighting like light heavyweight champions Artur Beterbiev and Dmitry Bivol.

That would make a lot more sense for Benavidez to be doing right now because he can’t be relied on to make 168.

Benavidez wouldn’t have a problem if he were fighting in the weight class that is suited for his light-heavyweight-sized frame. He doesn’t want to fight at 175, and you can’t blame him for that.

Competing against talented fighters Benavidez’s size like Artur Beterbiev, Dmitry Bivol, and Gilberto Ramirez has got to be off-putting. Still, he’s going to have to make that move sooner or later.

How many times will Benavidez’s promoters take the chance of scheduling him in the future for contests at 168 only to see him fail to make weight? It won’t be surprising if they let Benavidez know that he needs to move up to 175 if he fails to make weight again, which could happen in his next contest. 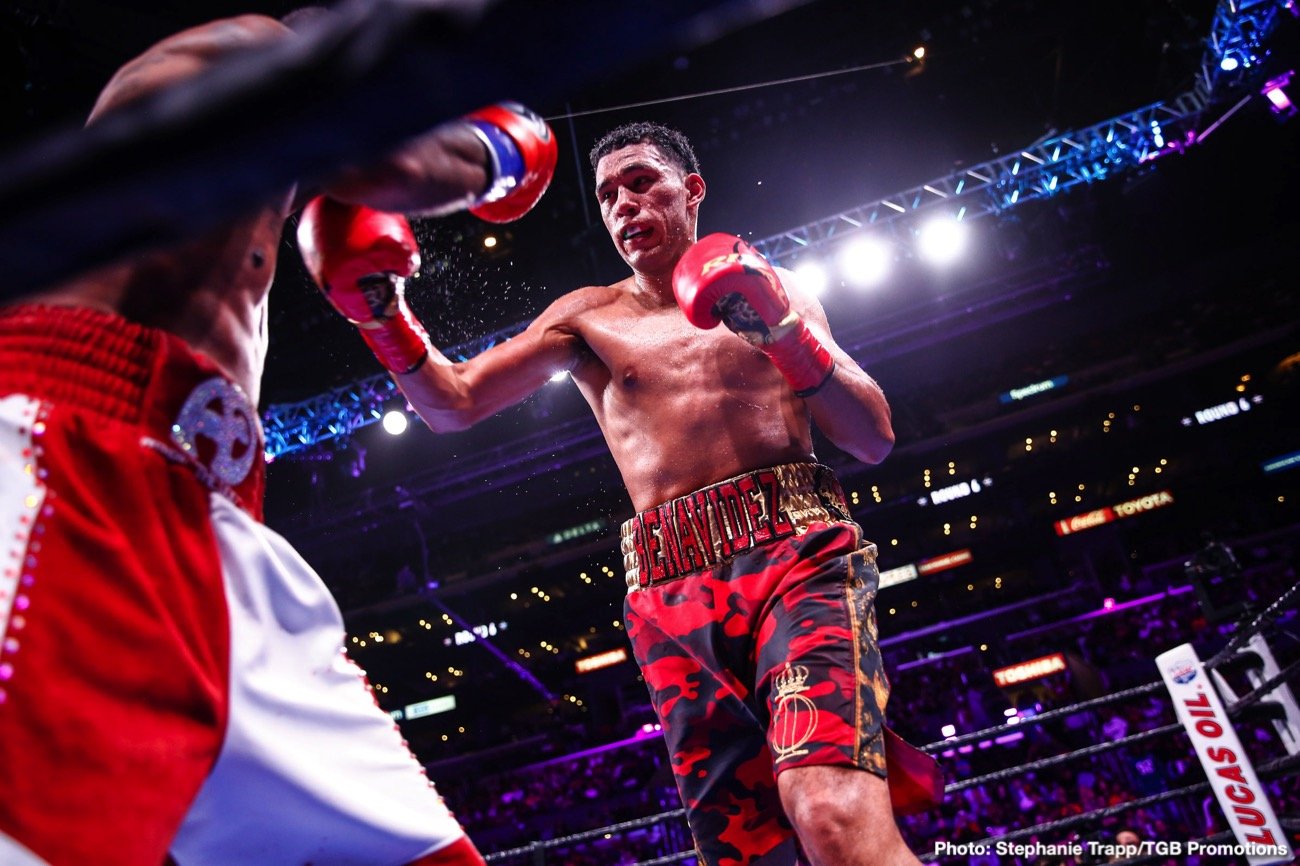 Benavidez’s management needs to sit him down and have a long talk about his ability to stay at 168. If he can no longer be counted on to make weight, then it’s pointless for them to continue to schedule fights for him in this weight class. They should give Benavidez one more chance to make 168, but if he fails again, then they need to forget about setting up fights for him at super middleweight.