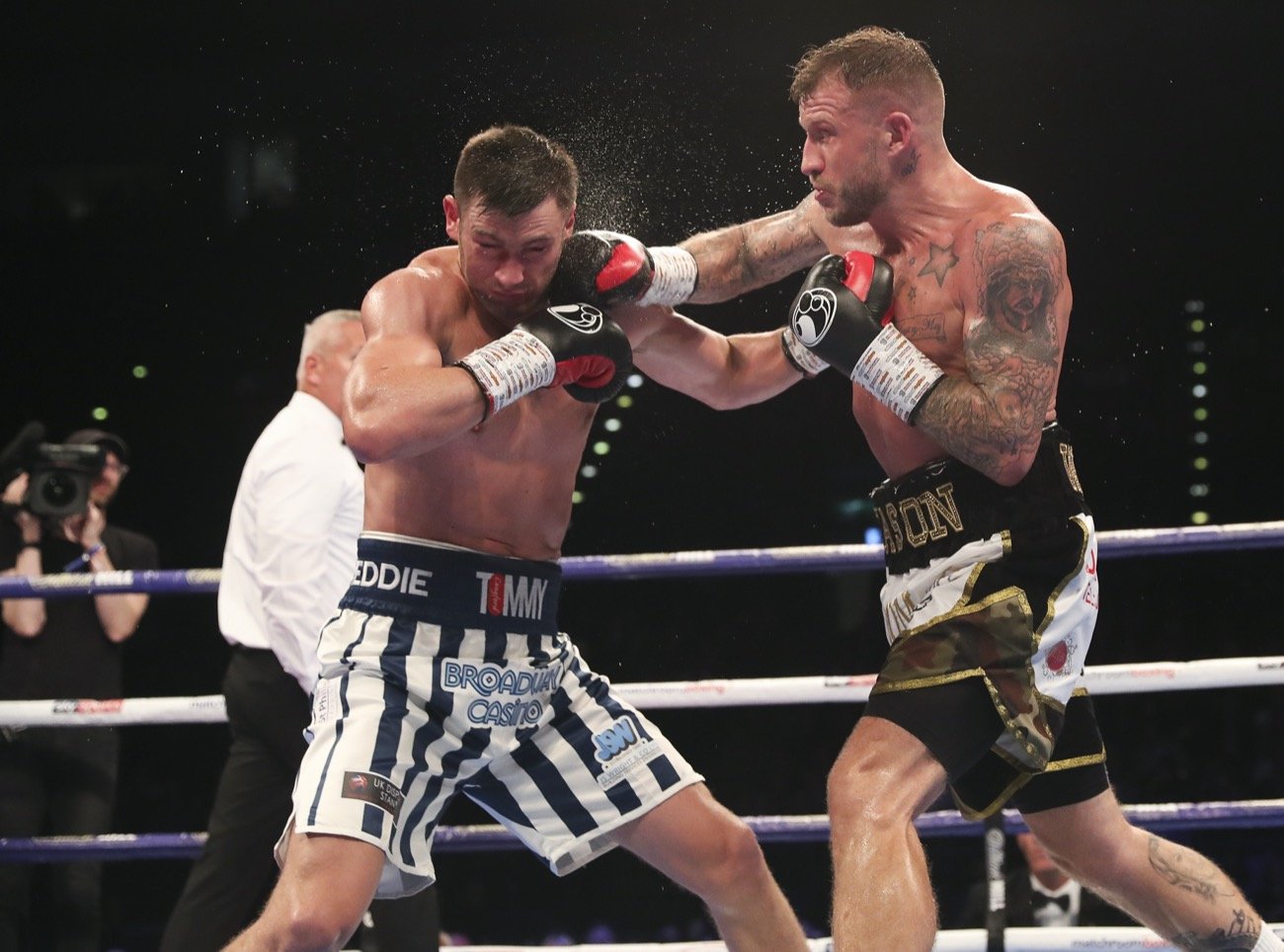 Midlands Middleweight looks to capture Commonwealth strap at second attempt – Jason Welborn says he was close to walking away from boxing after his controversial loss to James Metcalf last year, but the former World Title challenger has a new found hunger ahead of his Commonwealth Middleweight Title clash with Felix Cash on Week 3 of Matchroom Fight Camp on Friday August 14.

Welborn (24-8, 7 KOs) was stopped with a left hook to the body in round eight when he took on Metcalf for the vacant Commonwealth 154lbs belt in Leeds. The Liverpudlian was warned by referee Steve Gray for straying low with his punches in the sixth, then, in the eighth, Welborn was given added time to recover from a low shot.

Metcalf had a point deducted for the low shot before finishing proceedings moments later. Tividale’s Welborn was left seriously considering his future in the sport that has seen him win the British, WBC International and Midlands Area Titles – but his desire to land the Commonwealth strap pushed him on to fight another day.

“I dropped back down to Light-Middleweight in my last fight against Metcalf,” said Welborn. “I was disgusted with everything that happened in that fight. I was going to walk away from the sport. I thought ‘you know what, I don’t need boxing’. At the end of day, I’ve worked hard to get here, and these up-and-coming fighters are getting looked after with the refs, but I don’t want to go out like that.

“It was my wife who made me get back into it. She said ‘that’s my belt, go and get it’. She knows what I’ve done to get here. My work is really successful at the minute and I could put all of my time into that if I wanted to, but who knows what more I could achieve in boxing. I’ve got more to give the sport and there’s something out there waiting for me. I’m not going out until I know what it is.”

In a recent interview, Wokingham’s Cash said Welborn ‘comes up short’ whenever he gets in the ring with ‘top operators’, and the Tony Sims-trained fighter believes this will be the case again when they clash live on Sky Sports in the UK and DAZN in the US next month.

Armed with a full training camp after plenty of notice, Welborn is confident his preparation will help him pull off an eye-catching win over the highly-rated Matchroom fighter, who he feels has had it easy with backing from a major promoter.

“He’s been with Matchroom as soon as he turned pro. He’s had the luxury of long camps and plenty of notice. When I’ve been working I’ve had a calls off Errol Johnson at two weeks’ notice sometimes. When Nav Mansouri pulled out against Liam Smith I stepped in at two weeks’ notice and did what I could at the time.

“Life changes and I’ve got lucky with sponsorships and I’ve moved forwards. I’ve won a British Title, if I walked away from the sport now I’ve got nothing left to prove. Not many people have done what I’ve done for the Black Country. He’s had it fed with a silver spoon. If I’d have had his backing I’d have probably been a World Champion. I’ve always had the heart and the hunger for boxing. I’ve just never had the backing or the support where I can train full time.

“I’ve had good notice for this fight and I’m feeling good up at Middleweight not having to worry about the weight so much. It’s business and at the end of the day I’m coming to do a job, the same as him. I think it’s going to be a scrap. By the time fight night comes around I’ll be ready for a good hard 12 rounds. I’m topping the bill and I’m going to make a good statement in this fight.”

Felix Cash says he will ‘deal with’ Jason Welborn in style this Friday August 14 at Matchroom Fight Camp in Brentwood, Essex, before turning his attention to a shot at the Lord Lonsdale Challenge Belt.

Cash (12-0, 8 KOs) puts his Commonwealth Middleweight Title up for grabs against former World Title challenger Welborn, live on Sky Sports in the UK and DAZN in the US, following his thrilling toe-to-toe battle with Jack Cullen last time out at Manchester Arena in November.

Wokingham’s Cash, trained by Tony Sims in Essex, forced an eighth round stoppage to settle an explosive Fight of the Year contender with Cullen on the undercard of Katie Taylor’s WBO Super-Lightweight World Title triumph over Greece’s Christina Linardatou.

The 27-year-old is promising more fireworks this weekend as he takes centre stage at the top of a bill for the very first time in his career, looking to make a big statement against Birmingham’s former British Middleweight Champion Welborn.

“Every time he goes up against a top operator he comes up short, and I believe I’m a top operator,” said Cash. “He might make it tough for a few rounds but I’ll get him in the end. I’m zoned in, ready to do some damage and retain my Commonwealth Title. He’s been in with top names, so I’ll have a look at him during the first couple of rounds and then go to work on him.

“He may have the experience over me but I’ve got the skill. He’s going to need to be the very best he can be. He’s going to have to raise his game, and I hope he does. He’s a tough, strong and game lad. He’s been around for a while and fought for World Titles. I’m here to take on all challengers and take them all out. It will be a good fight while it lasts.

“I’m headlining for the first time and hopefully it won’t be the last. It’s a great platform for me to be on and a great show for me to put on a top performance and a clinical display. This will really raise my profile and get my name out there for more big fights in the Middleweight division.

“I’ve got to deal with Welborn first but I want a shot at the Lord Lonsdale Belt next. It’s a lovely belt, it’s one of the greatest domestic belts you can own. I’d love to fight for that next and win it. I’ll fight anyone out there in Britain for it, and then anyone out there in the world for more titles after.”