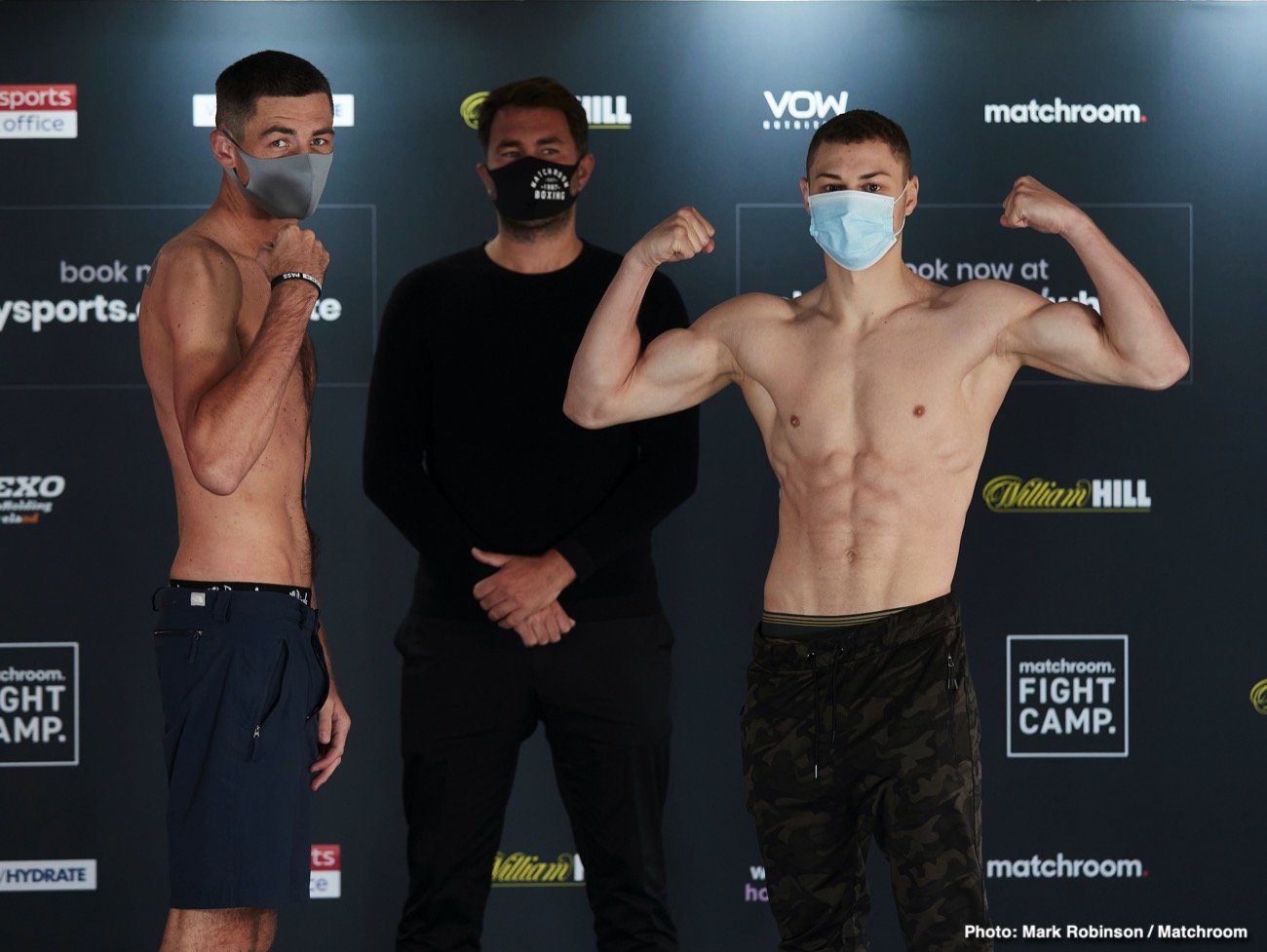 Jack Cullen has moved up to Super-Middleweight to chase his dreams of winning British, European and World Titles – but must beat Zak Chelli at Matchroom Fight Camp this evening to prove he belongs at 168lbs.

Both Cullen and Chelli will be looking to impress on the big stage and kick on in a red-hot 168lbs domestic scene that contains the likes of British and Commonwealth Champion Lerrone Richards, No.2 rated WBO contender Zach Parker and heavy-handed Scot John Docherty.

Cullen had been preparing to face Jason Quigley but has had to recalibrate to tackle game Londoner Chelli and knows that the clash is must-win for his career, but that won’t mean he’ll take a backwards step, and he expects the fight to catch fire.

“I think that this is the hardest I’ve ever trained,” said Cullen. “I was really excited about the Quigley fight but I think that there was talk about him being in the running for the Canelo Alvarez fight and any fighter is going to hold out for that as that’s the dream fight. He did what’s right for him and good luck to him, I’m just glad I’m fighting, I couldn’t be on a better show and Zak is a very good test.

“I don’t feel under any pressure, I’ve got myself in great shape to fight and I just have to go out there and do what I do best. I’ve watched a lot of Zak, he’s a good tough lad who comes for a fight, and I’m the same – so it’s going to be a belter. He likes winging it in and he’ll think he’s the bigger man in the ring, but on fight night he’ll see how big I am. He’s going to have a big shock.

“It’s been good for me though as I’m not just concentrating on making weight, which is what happened in the last two fights, that’s all we were doing in the gym was making weight and not working on things to get the edge in the fight. It’s been totally different for this and I’ve benefited so much.

“I think there’s more pressure on him because I don’t feel pressure. I need to win, I know that, and the way that I see myself going in my life, I have to win this fight. I want a nice steady life from being a boxer, so I want to go for the British and European Titles, and from there we will see.”

Zak Chelli out to impress in Fight Camp finale

Zak Chelli says he’ll provide the fireworks on the last night of Fight Camp as he aims to KO Jack Cullen, live on Sky Sports Box Office in the UK and DAZN in the US.

Chelli stepped up to Light-Heavyweight in September to tackle the hotly-touted Kody Davies at York Hall, and more than threatened to upset the Welshman after putting him on the deck on the second round with an uppercut.

The 22-year-old has no regrets stepping up in weight against Davies and believes that putting him over proves that he has power, and a punch that he’ll bring back down to 168lbs to put Cullen away in style inside the ten rounds and set up more big opportunities.

“You’re going to see fireworks – knockout fireworks,” said Chelli. “As soon as the bell goes, I can test him out inside the first ten seconds and then we’ll know what to do, if it’s going to go the full ten or if it can go early, but I am planning to take him out. I like his style because it suits mine, he likes to come for a war, and I like to hurt people and have a war too.

“He’s had 21 fights but he’s not really fought anyone. I beat Umar Sadiq and he’s fought for the British Title, Kody is a former Team GB podium boxer, and I’ve boxed a lot of other guys with winning records. So even though I’ve had less fights, I think I have the better record and I know I have had better sparring with Joshua Buatsi, George Groves and Chris Eubank Jr, and I’ve treated them more like learning fights.

“I won the Southern Area Title at just 21 and was Mandatory for the English title after that but unfortunately due to COVID that never came. This opportunity came along and I’m the type of fighter to take opportunities with both hands. It’s a great platform too appearing at Matchroom Fight Camp on Sky Sports Box Office, and one that I intend to make go well and open up even bigger chances for me.

“I think I was right to take the Davies fight. I did drop him in there but he was more of a Cruiserweight in there – I dropped a Cruiserweight in round two so imagine what I’ll do in this fight. Jack is not going to have the power of a true Super-Middleweight, and especially not one like me that can put over Cruiserweights.”

NEWS:   Scardina Clashes With Nunez At The Top Of Title-packed Feb 26 DAZN Show

Super-Middleweights out to impress at Fight Camp

Jack Cullen and Zak Chelli will meet over ten rounds in a Super-Middleweight contest on the undercard of Dillian Whyte’s defence of his Interim WBC Heavyweight World Title against Alexander Povetkin at Matchroom Fight Camp in Brentwood, Essex, on Saturday August 22.

Both men will be looking to impress on the big stage and kick on in a red-hot 168lbs domestic scene that contains the likes of British and Commonwealth Champion Lerrone Richards, No.2 rated WBO contender Zach Parker and heavy-handed Scot John Docherty. 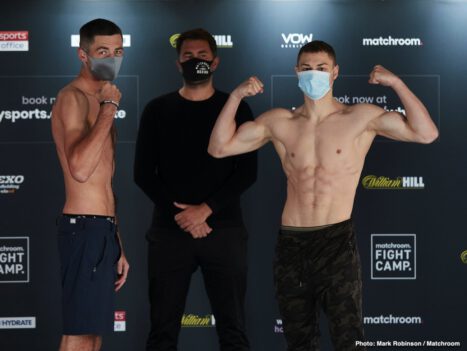 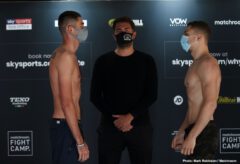 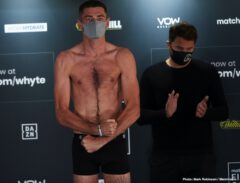 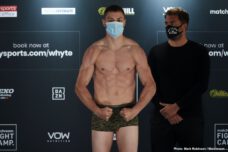 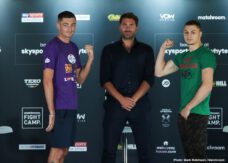 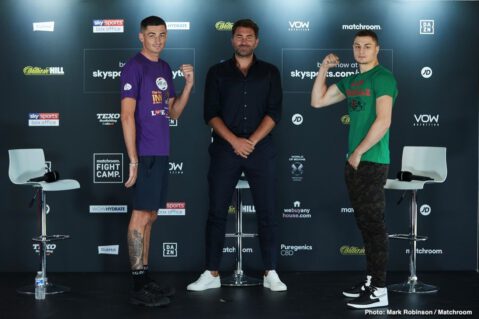 Babic vs. Winters: American vows to give Babic a ‘rude awakening’ »