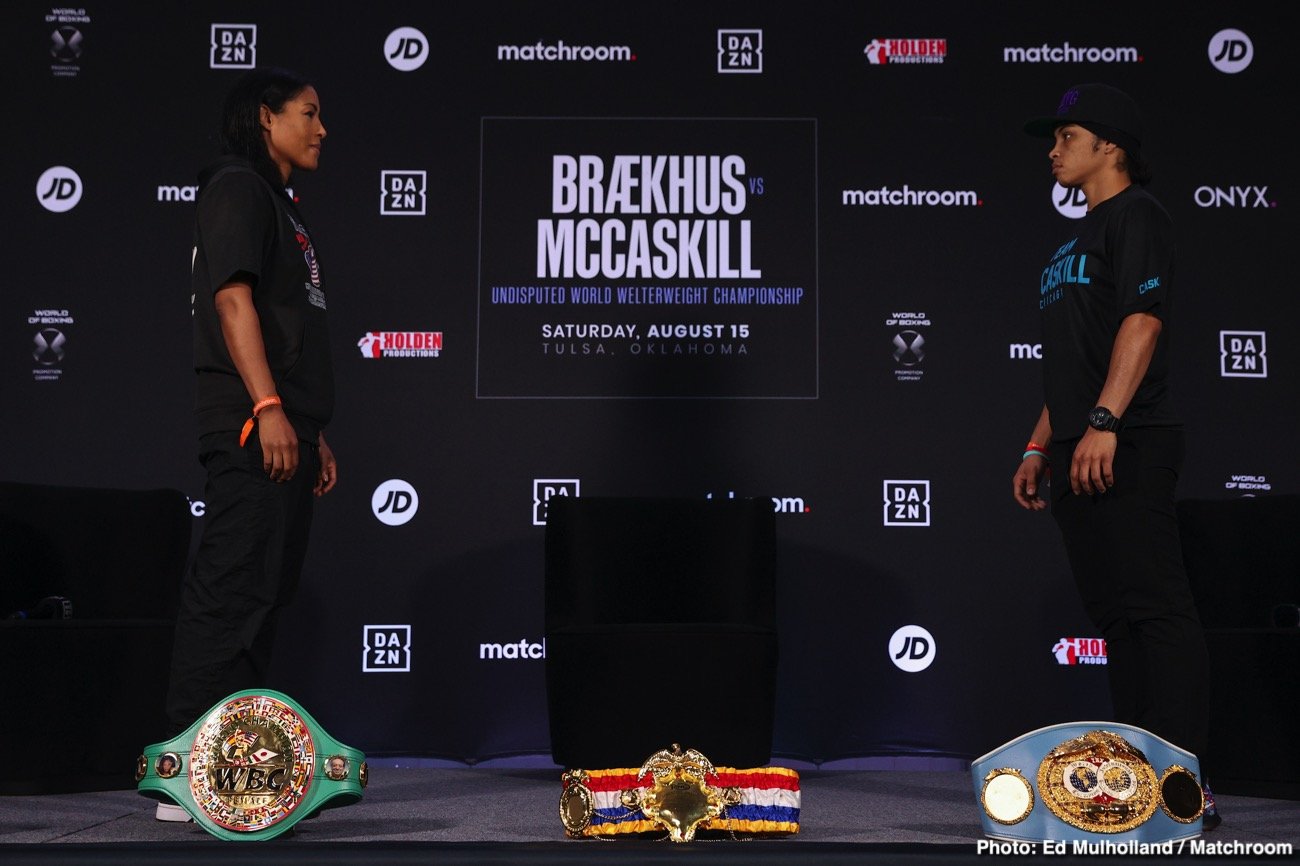 Cecilia Brækhus – “This is going be a hell of a fight. I think everyone who knows our careers, fights, and how hard we work – they will know this will be a great fight.

We have both been fighting since January, we both have been in camp, so we will see come Saturday that I’m in the best shape and form ever.

“Jessica’s hungry; she knows what doors can open if she beats me. I have seen her against Katie Taylor and gave her problems, so you know she’s hard-working and dedicated. I feel I have better skills.

I try not to focus on the record; I focus on my task in camp, but you know it would be huge. That’s a record that won’t be broken in quite a while.”

“I have had pretty enormous fights leading up this fight. I’m confident in my fighting and skills, and that’s all I worry about. Cecilia has an amazing record, the history that she has created, but some of that history is before this era, and it can be seen differently compared to the fighters in this era.

I’m here to challenge everything she has put on the table. Cecilia wants to hear that I will knock her out and not here to rub her back. She wants me to be the
best fighter.

“You’re going to see the best form of fighting. A lot of brawling, a lot of things you haven’t seen out of me, a lot of fireworks.”

“I have a goal to become a world champion, and there’s nothing personal for me. I have an opponent in front of me that I have to beat. The ring will show who has a better game plan. We both have goals, and we will see what happens.

Everyone dreams of fighting in your hometown in front of family, relatives, and friends. That motivates us a lot. We’d love to fight in Uzbekistan.” 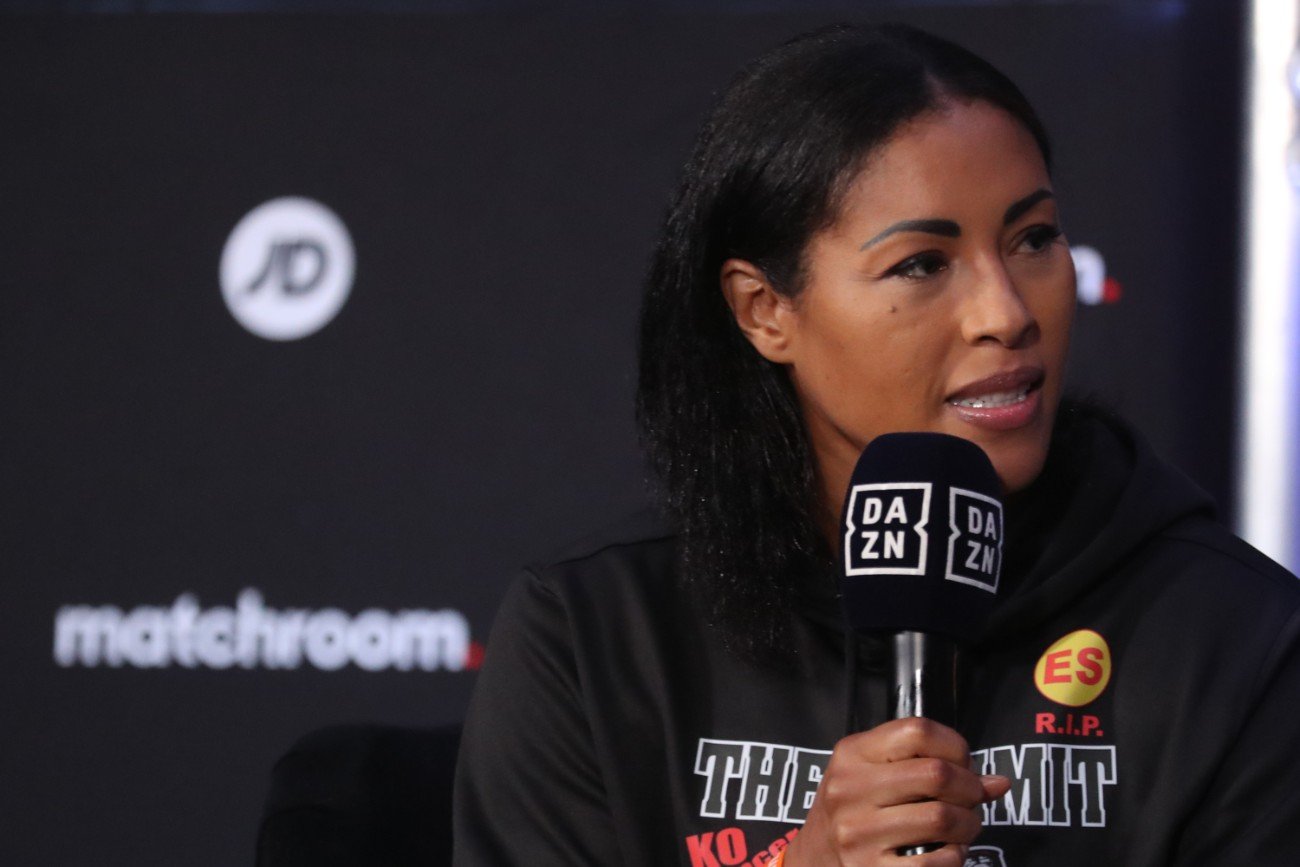 “This is my dream. It’s coming true, and I just have to put it all together on Saturday night. Going through what I have been through in my life, being in prison and learning how to box in prison, reaching this moment now at 20-2 as a pro and being lined up to fight for a World title eliminator, I’ve been through ups and downs, the years I’ve spent in prison realizing this is what I wanted to do when I came back into society I just prepared myself for that mentally. 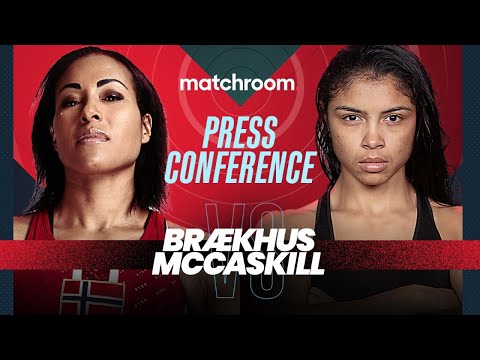 “Being in prison is a lot different from being quarantined in a hotel room where you have a phone and a TV when you are in prison and on extended lockdown there’s none of that, it can be mentally tough if you haven’t been through anything like that before but ice just been on cruise control.

“We were preparing for a lot of different opponents. It was the longest camp of my life – six months. I’m prepared for whatever he brings to the ring. I’ve seen all the styles, and he won’t bring anything I haven’t seen before. I have great
trainers, and they prepare me for whatever will happen in the ring. I train every day with sweat and blood, and I’m ready to perform. My plan after this fight is to have nice sweet food.”

“He’s going to see Saturday; it’s going to be fireworks in the ring. There will be nothing like it. He will get stopped for the first time Saturday.”

“It’s a great experience training with those guys. They’re Olympians and champions. It’s a confidence booster for me. I don’t like to say I’m going to knock someone out because it will never go that way. I’ll let that happen naturally. The main thing is to be victorious.”


« Lomachenko vs. Lopez in October: Can Teofimo win?