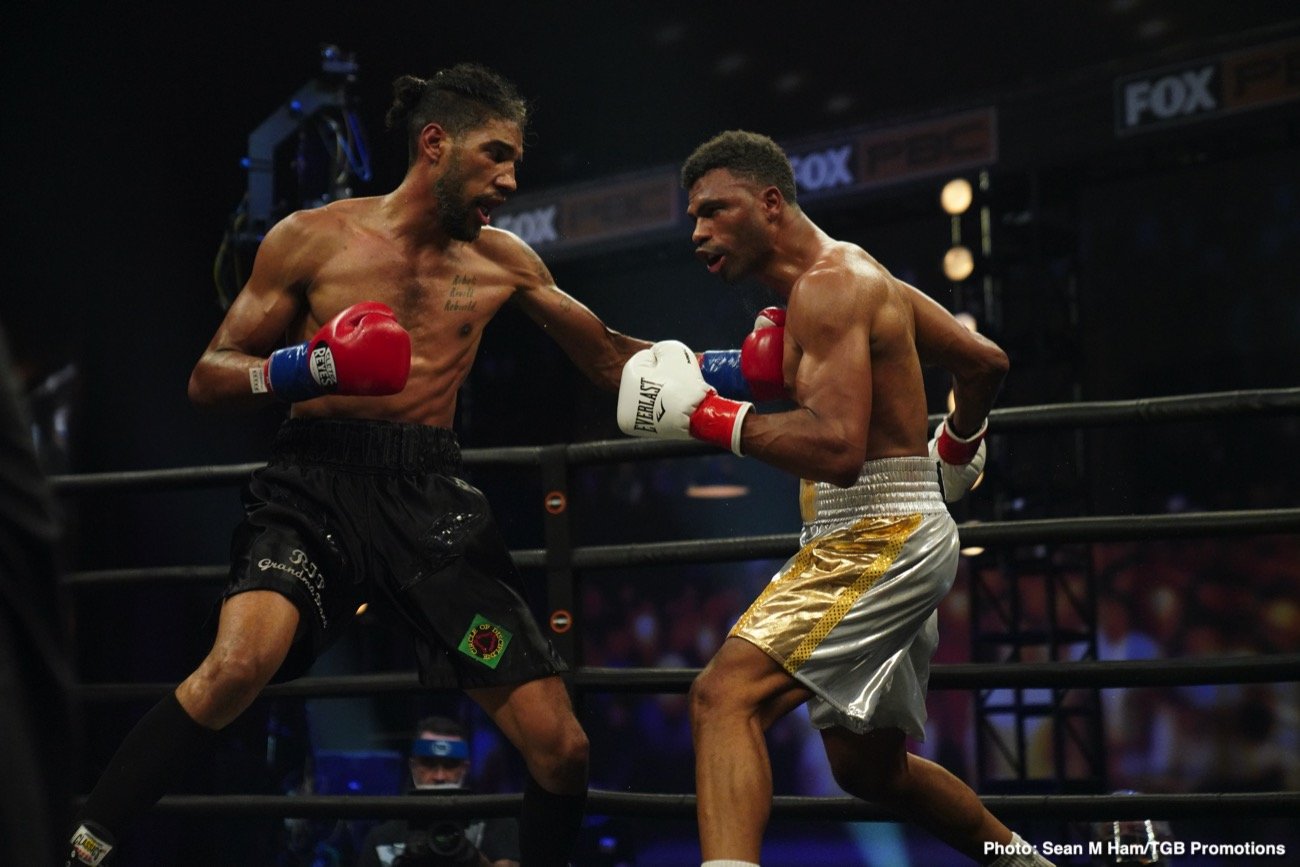 “I’ve been working so long for a title shot,” said James. “So being able to get this opportunity and then actually following through and winning, it just meant the world to me. It’s been a crazy journey, with this with COVID-19, and then the George Floyd incident and starting camps and then stopping and so forth.

“My grandmother ended up passing away when I was in camp for this fight. So it was a lot of mixed emotions for me. It just feels good to be able to bring this back home to my city. Now we’ll see how much farther I can go.”

James (27-1, 12 KOs) and Dulorme (25-4-1, 16 KOs) began the fight showing different styles, with James circling and fighting off his jab while Dulorme looked to navigate the space and hit James with short power hooks. In round three, the action stepped up a level, with James landing a series of great combinations while bleeding from the nose after taking a big right hand from Dulorme at the end of round two. 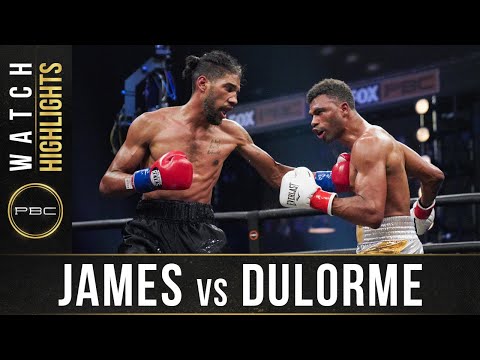 “I landed a good shot on him in the second round, but I couldn’t land it again,” said Dulorme. “I couldn’t get inside on him the way that I wanted to after that round, and that made it a tough fight.”

Both men had good moments when the fight went to round six, with each dangerous landing combinations. First, Dulorme, who appeared to hurt James with body punches early in the round before James returned with a series of sweeping hooks that connected unanswered on Dulorme. The power punches from James would prove to be a weapon throughout, as he connected on 156 compared to Dulorme’s 99, according to CompuBox.

“Dulorme brought the heat tonight,” said James. “I thought I was going to be able to move around a little bit more, but he caught me with a couple of beautiful shots. He caught me with a good chance on the nose, and it started leaking pretty bad. He’s a strong fighter, so I just had to be careful not to get hit too flush with anything. Luckily, I’m able to take a hard shot.

“I knew that he gets tired in the later rounds from the fights that we watched. So, I was trying to let him throw, stop the shots, then maybe catch him with something in between his shots. I wanted to rope a dope him a little bit. But he was in shape. He was pushing in those later rounds.”

When the fight neared the championship rounds, James’ sharpshooting kept him in control as he moved away from Dulorme’s inside attack and landed his own power punches from distance. Dulorme’s best offensive weapon was his bruising body attack, which saw him out land James 57 to 45 on body punches.

“Obviously, I would like to get a shot at Manny Pacquiao, he’s got the WBA super title,” said James. “But I know he’s such a big name, so it really doesn’t matter. I want any of the big-name welterweights, we can really put on a good show.”

In just his third pro fight, Morrell went the distance for the first time and outworked his opponent through the middle and late rounds, on his way to a 207 to 90 advantage in punches landed. The early action saw Morrell establish his body attack while Allen looked to setup big counter right hands that he threw often. 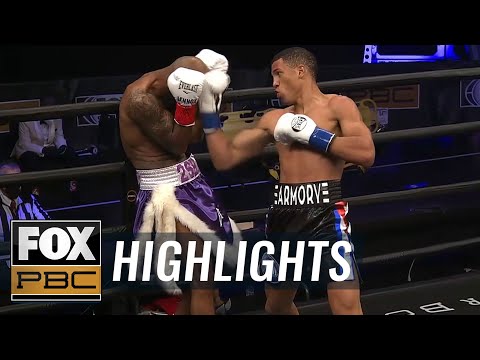 As the fight wore on, Morrell’s relentless attack wore down Allen, who seemed to lose some of the power on his punches that he needed to change the tide of the fight. Allen continued to push and tried to rough Morrell up on the inside to find a place for a counter and his own body attack.

Morell continued to put the pressure on in the closing frames, hurting Allen with power punches in both hands during round 10, although he was unable to score a knockdown. After the 12 rounds of action, the judges all saw the bout in favor of the 22-year-old Morrell, by scores of 120-108, 119-109, and 118-110.

In a super lightweight special attraction on the FOX broadcast, rising prospect Omar Juarez (8-0, 4 KOs) remained undefeated with a unanimous decision against Willie Shaw (12-2, 8 KOs) after six rounds of action.

Juarez looked to stalk the evasive Shaw early, who moved around the ring seeking a counter opportunity against his aggressive opponent. Shaw had some success using his boxing skills, but as his movement decreased, Juarez was able to cut off the ring and land effectively. 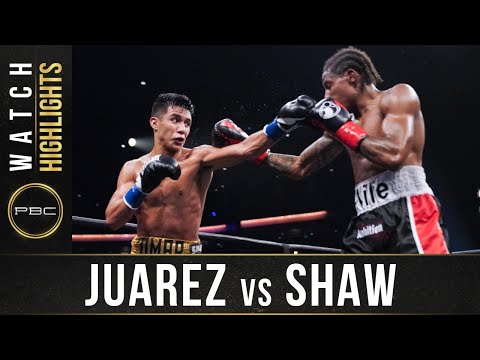 
« Boxing Results: Terri Harper and Natasha Jonas fight to a 10-round draw