Archie Sharp: “Shakur Stevenson Can Have It” 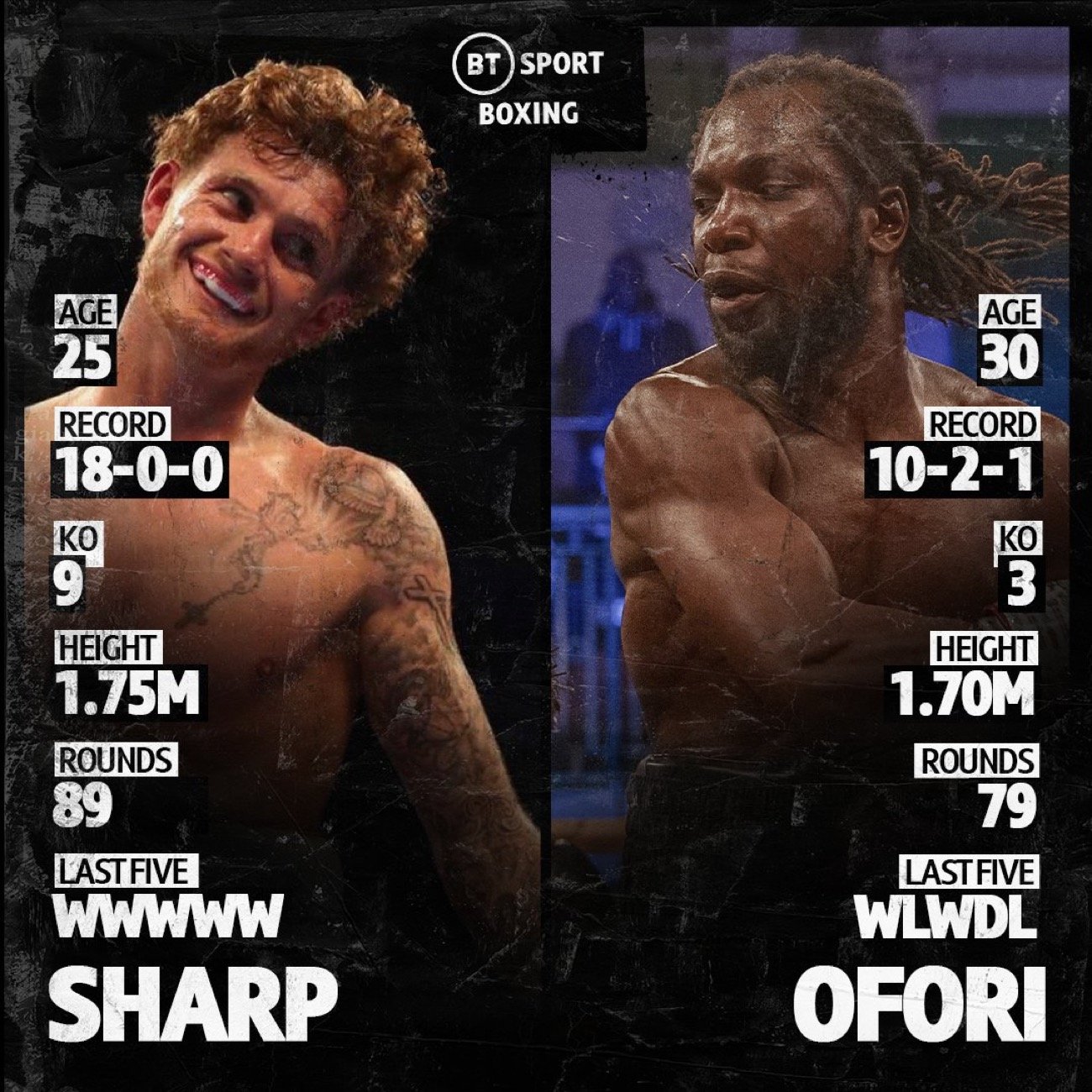 UNBEATEN Archie Sharp believes he is already a world-level talent and has sensationally called out American superstars Jamel Herring and Shakur Stevenson.

The Welling fighter will be protecting both his 18-0 unbeaten record and his WBO European Super-Featherweight crown on Saturday night when he steps in the ring against Tottenham man Jeff Ofori.

A supremely confident Sharp believes he is well-placed to steal the show and puts much of that down to the work he has been doing with his ‘mind coach’, Linda.

“With Linda, my mind coach, we’ve been working on a lot of programs. Mentally, I’m the strongest I’ve ever been.”

It’s not a secret that the ‘Sharpshooter’ has sought the unorthodox methods of mind coach Linda Keen before, but Archie believes that the current coronavirus situation has made her input even more crucial to his fight preparations.

“Being mentally strong is the most important thing for what we’ve been going through,” he explained. “Im buzzing to be back. My batteries are recharged and I’m ready to go and put a show on.”

To many boxing fans, Saturday’s scrap between Sharp and Ofori is the sleeper candidate for fight-of-the-night and most believe that 30-year-old Ofori will present a stiff challenge for the younger champion.

Sharp doesn’t see it that way.

“I’ve got a lot of heart, I’ve got a granite chin and I can punch. My footwork and my movement have always been unbelievable and on the 15th August you’re going to see a lot more of that.”

Archie accepts that Ofori will try and push the action when the pair clash on Saturday night, but believes “everyone has a plan till they get in there”.

“This fella I’m fighting, Jeff Ofori, is going to be coming like a man possessed” he admits, but says “I’m in the best shape ever and for sure I’m going to be looking at stealing the show.”

Whilst there is clearly business to take care of on BT Sport on Saturday night, Archie is a man who knows his own mind and knows where he wants to take his career.

“I want to be the best in this game” he said, adding “Carl Frampton is the main man on the show and that’s a fight I’m looking at.

“Ideally, I just want to fight the WBO world champion and at the minute that’s Jamal Herring.”

Frampton and Herring are two big names to have in your crosshairs, but the ambitious ‘Sharpshooter’ doesn’t want to stop there.

“Shakur Stevenson can have it as well.”

ARCHIE SHARP PROMISES a fan-friendly collision when he goes toe-to-toe with Jeff Ofori, with his WBO European super featherweight title at stake on Thursday August 20.

The unbeaten ‘Sharpshooter’ will clock up his 19th professional fight at the BT Studio against the 10-2-1 Tottenham man in the fourth edition of Frank Warren’s summer series that returns the sport to television screens.

It will represent a fourth defence of his WBO title for the 25-year-old Sharp and one he insists will be a tough domestic assignment against an opponent he is already familiar with.

“I am buzzing to be back out and I’m looking forward to it, being top of the bill as well is nice to hear,” reacted Sharp to his fight news.

“I have just been playing it by ear during the lockdown when the whole world didn’t know where it was at. Now I have got a date I am off to Tenerife with the Walsh brothers to prepare me for the Ofori fight.

“To be honest with you, Jeff is a very nice fella and I know him and his trainer and have nothing but respect for them. I’ve sparred Jeff and it was him who prepared me for the Lyon Woodstock fight.

“So we’ve done some rounds together and he is very tough. He’s boxed up at a big weight (super lightweight) against Ohara Davies, so it will be very interesting with him coming down to 9st 4lbs.

“I do know he is relentless, he comes forward, but in the last two years I have put on a lot of power and strength so it will be a good fight.

“I think this sort of fight, with our styles, will bring the best me out and that is why I wanted this fight because I am going to show everyone the real me. I have not really done that in previous fights.

“This sort of opponent will allow me to bring the best out of me,” added Sharp, who considers this fight as comparable to the tests he has already been presented with.

“I don’t think he is the best I’ve had in terms of ability, but it toughness he is right up there for sure.

“It will be a very, very good fight for the fans watching and there will definitely be some fireworks. There will also be a masterclass from myself.”

Featuring as part of the event is the IBF European super welterweight clash between the unbeaten pair of Troy Williamson (13-0-1) from Darlington and Michael McGurk (12-0) from Uddingston in Scotland.

There are also fights for three Blue Chip prospects from the Queensberry iBox Gym, with Dennis McCann (6-0), Sam Noakes (3-0) and Henry Turner (2-0) all in action.

Boxing » Press News » Archie Sharp: “Shakur Stevenson Can Have It”