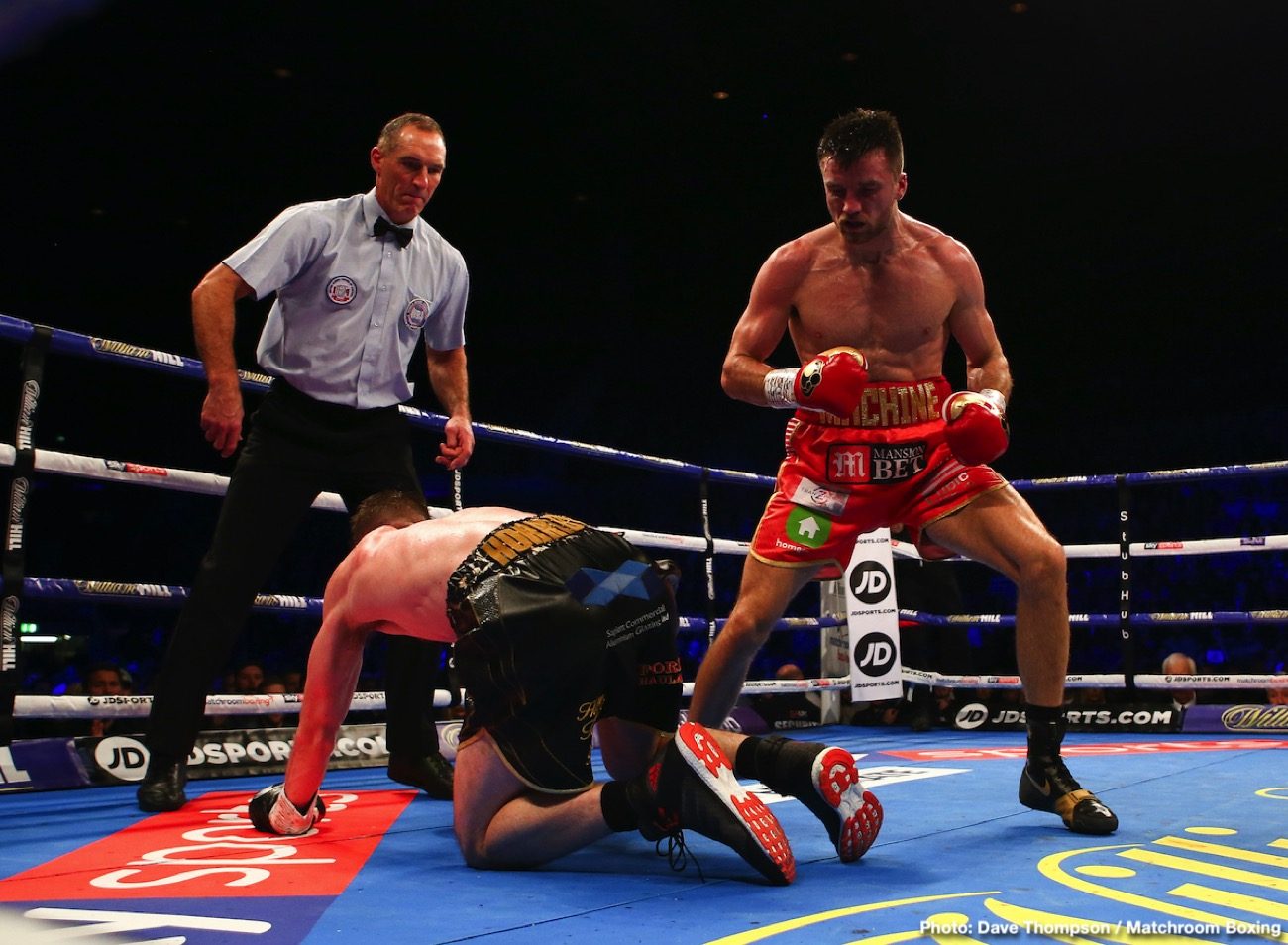 Anthony Fowler: “I Want To Be British Champ By The End Of The Year”

Anthony Fowler says he will be targeting a shot at the British Super-Welterweight Title by the end of the year should he get past Adam Harper at Matchroom Fight Camp in Brentwood, Essex, on Friday August 7, live on Sky Sports in the UK and DAZN in the US.

‘The Machine’ (12-1, 9 KOs) bounced back from his first defeat in the pros to Scott Fitzgerald by earning a unanimous decision against former World Title challenger Brian Rose to claim the vacant WBA Intercontinental Middleweight Title in his home city of Liverpool.

Fowler returned to the M&S Bank Arena in November, picking up the vacant WBA International Super-Welterweight Title with another unanimous decision over Derby’s Harry Scarff on the Callum Smith vs. John Ryder Super-Middleweight World Title card.

His last appearance came in March at Manchester Arena where dropped late stand in Theophilus Tetteh three times on route to a first round stoppage win. The former Team GB standout is expecting a much harder night’s work against Harper, but feels confident of returning to his explosive knockout form from earlier on in his career.

“I feel as if I am coming into my own now as a pro,” said Fowler. “I have had a few years to adapt and at the start I was knocking everybody out, it was really easy for me. I got beat, and in the fights since I have been a bit too cautious. I have still been winning but not boxing and flowing like I can. I want to get back to my old deadly self. I want to wipe kids out in a smart way, a calculated way, and break them up slowly.

“Adam is a tough, determined fighter who has beat a few unbeaten fighters. He’s never been stopped so will come with ambition to beat me and make a name for himself. I will be fully prepared for him, I’ve got a great coach and a brilliant mindset so there is no looking past anyone anymore, I’ve made that mistake once. I’m not boxing for the fun of it, I’m boxing to climb the rankings and achieve my dreams. Harper is in my way and he will be getting beat.

“Ideally I want to be British Champion by the end of the year. I want to box someone like James Metcalf or Ted Cheeseman for the Title. I don’t want to be boxing the likes of Kieron Conway. I want to move forward, push on and prove I’m better than that. I don’t want to be floating around domestic level much longer. I’m not getting any younger so it’s time to push on.

“I want to showcase my improvements in this fight. People saw a little glimpse of me in my last fight with my looser footwork. I want to put on a professional display, not make as many mistakes and take my time a bit more. No matter who I fight I am looking to do a number on them because they are in the way of my dreams and my future, so I will be prepared and in the best shape mentally and physically.”

PRICE: I’M A LEVEL ABOVE PHILLIPS

Hopey Price says his vast experience in the amateurs will help him get the win against Jonny Phillips in their six round Featherweight clash at Matchroom Fight Camp in Brentwood, Essex, on Friday August 7, live on Sky Sports in the UK and DAZN in the US.

The slick southpaw, trained and managed by Dave Coldwell, landed gold at the 2018 European Youth Championships and 2018 Youth Olympics; becoming the first boxer from Great Britain to win gold at a Youth Olympic Games.

He signed promotional terms with Eddie Hearn and Matchroom Boxing in October 2019 before making his eagerly-anticipated professional debut on the undercard of Anthony Crolla’s farewell fight at Manchester Arena, outpointing Joe Sanchez.

In his next fight he landed a spot on the undercard of the blockbuster Andy Ruiz vs. Anthony Joshua 2 World Title show in Diriyah, Saudi Arabia, where he scored an impressive third round TKO over Tanzania’s Swede Mohamed.

‘Drago’ jumped at the opportunity to be involved in another historic event at the Matchroom HQ this weekend where he faces a big step-up in opponent against Phillips, but the 20-year-old says he is more than ready for the test.

“I’ve had itchy knuckles for weeks,” said Price. “I was scheduled to fight in April and when that all fell through we all got put into lockdown. When I was allowed to get back in the gym with Dave it was full steam ahead, we got the date and now I’m ready to fight!

“I need to keep doing what I’m doing in this fight. What Dave has seen in the gym he has been happy with. For me, by fight night all the pressure is off and I can get down to business. I am super confident, Jonny has boxed some good names but you will see the level I’m at on Friday night.

“There is levels to boxing and I think I am a level above him. My performance on Friday will open people’s eyes. People say amateur and pro boxing is different but when you have been all around the world and boxed top kids, people don’t realise how much experience that gives you. For me, it’s about staying relaxed and winning.”