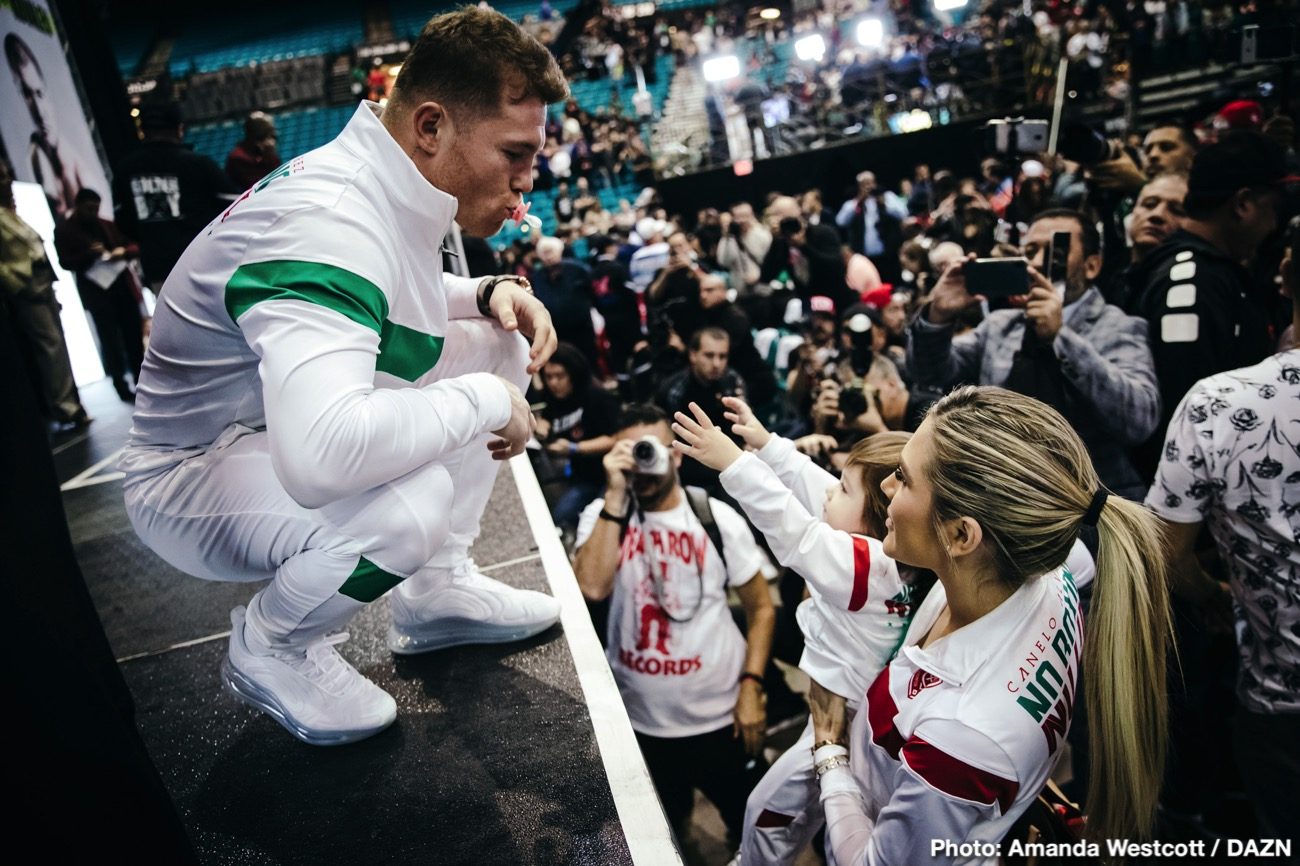 By Dan Ambrose: Canelo Alvarez is facing the real possibility of needing to move off his September 12 date to give way to the comeback of former heavyweight champion Mike Tyson for his fight against Roy Jones Jr on PPV.

The news of the Tyson-Jones fight just released earlier on Thursday, and it’s put Canelo, Golden Boy Promotions, and DAZN in a tough spot. Do Canelo and Golden Boy go up against the Tyson vs. Jones Jr fight by staying on the September 12 date, or do they make way for the bigger fight?

How Alvarez can keep the September 12 date

Canelo (53-1-, 36 K.O.s) wouldn’t have to give up his September 12 date if he were fighting a big name like Artur Beterbiev, Dmitry Bivol, or David Benavidez. That’s not what Canelo intends on doing for that date. Canelo isn’t going to risk his hide fighting someone that can potentially beat him, so he’s going to take a lesser opponent for a sure thing win.

Alvarez wants to fight one of the British fighters in Callum Smith, John Ryder, or Jason Quigley, and none of those guys are popular enough to compete with Tyson-Jones.

The last time Canelo was kicked off one of his own dates was in September 2015 when Floyd Mayweather Jr fought Andre Berto on the Mexican Independence Day holiday. Canelo lacked the popularity back then to compete for the September date against superstar Mayweather.

Now Canelo is finding himself in the same position once again with the 54-year-old Mike Tyson taking his September 12 date, which falls on the Mexican holiday. 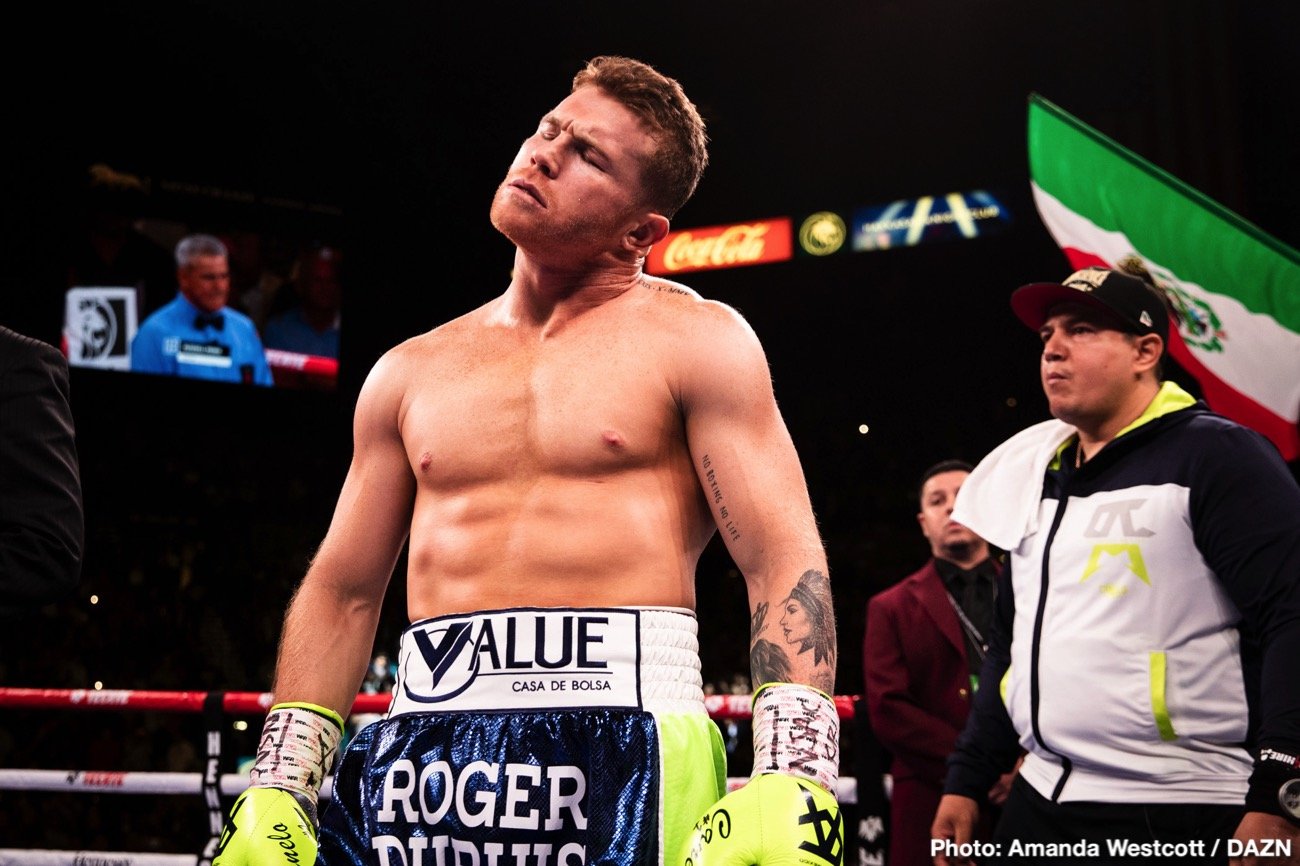 There’s not much Alvarez can do about it UNLESS he fights someone with talent like one of these dangerous opponents:

It’s up to Canelo if he wants to keep his September 12 date. The choice is his, isn’t it? Canelo either fights one of the above talents, or he takes the soft patch against Callum, Ryder or Quigley, and has no choice but to give up his highly valued September date.

You have to admit that Canelo was in a wrong spot to hold onto his September 12 date anyway, as Golden Boy still doesn’t have an opponent for that date. They’re reportedly trying to get Callum Smith, but they’re stuck haggling over $1 million. Callum wants $6 million to face Canelo, whereas Golden Boy is offering only $5 million.

The two sides are at an impasse, and it doesn’t look good for Alvarez. You can’t blame Callum for wanting $6 million because Canelo’s recent opponents Sergey Kovalev and Daniel Jacobs are said to have made considerably more. Callum is arguably selling himself cheap by asking for only $6 million.

If he waited until 2021, he could probably get twice as much for the Canelo fight. The interest in Canelo and Golden Boy’s part in facing Callum won’t disappear by next year. They’re still going to badly want that fight because DAZN wants it, and it helps the streaming giant with their expansion plans into the U.K. market.

Canelo must face a British fighter, and his options are limited. Yeah, Canelo could fight Chris Eubank Jr, who is far more talented than Ryder or Quigley, but he’s a wrong style match-up for the Mexican star.

Eubank Jr is a punching machine with superb stamina. In contrast, Canelo has poor cardio, needs frequent rest breaks, and he struggles when he’s forced to fight three minutes of every round. 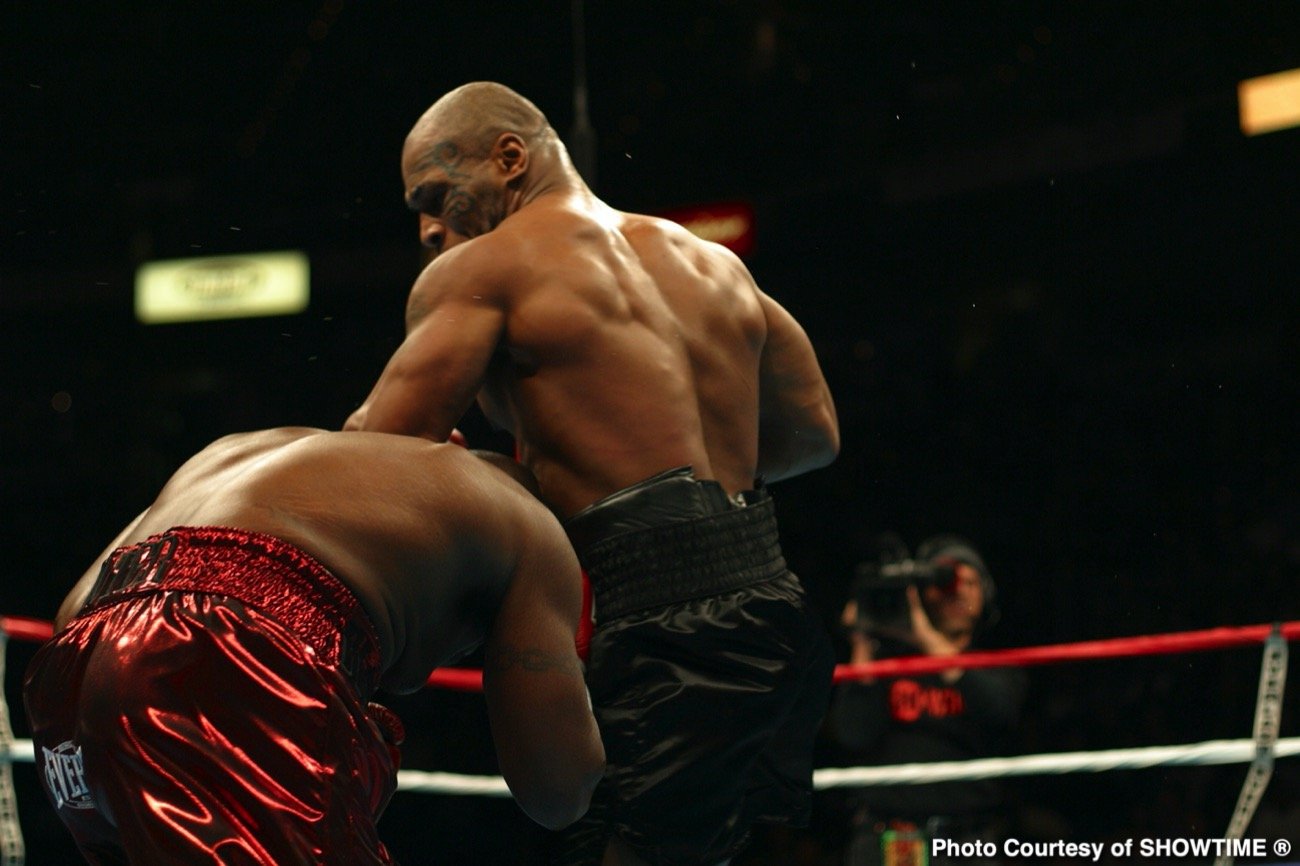 “From the shape I see, I know he’ll be damn ready and that he’s not going to be playing,” said Roy Jones Jr to The Athletic.

The most straightforward course of action for Canelo, DAZN, and Golden Boy is to quietly move off the September 12 date and give it to Mike Tyson. As I said, this isn’t dissimilar to what the 30-year-old Alvarez has done many times in the past in giving up his dates for Floyd Mayweather Jr.

Canelo can only keep his dates when he’s fighting someone that has a good chance of beating him. Since Canelo doesn’t want to do that by fighting the likes of Benavidez, Bivol, or Beterbiev, he’s in no position to compete for the September 12 date with Tyson and Jones.

It’s easy to dismiss the Tyson vs. Jones Jr as a marginal fight between two old-timers, but the fact is they’re both trendy. The older boxing fans have a lot of interest in these two fighters, and they won’t mind paying to see them go through the motions in an eight-round exhibition match. People want to see Jones Jr and Tyson battle, even if they’re fighting at one-quarter speed.

DAZN will have input on the decision Canelo makes on whether to hop off the September 12 date. If DAZN is courageous, they’ll have Canelo stick it out and hope for the best. It would potentially work if Canelo were fighting someone that American boxing fans are familiar with and care about in the States.

Maybe DAZN is willing to ignore the U.S. audience for this fight since it arguably helps them if Canelo fights a British fighter for the September 12 date due to global launch into the U.K. If DAZN can’t move off the time, then the choice is made. Canelo will be stuck competing against Tyson vs. Jones, and the Americans will ignore his fight with Callum, Ryder, or Quigley.

There’s only one way out

It’s a minefield for Canelo right now because if he moves his fight to November, he’ll compete with Anthony Joshua vs. Kubrat Pulev potentially. Canelo can’t set a date in November, being that Matchroom Boxing still hasn’t scheduled the Joshua-Pulev fight. All they’re saying is the fight will happen in November.

Also, if Canelo fights in December, he could run up against the Tyson Fury vs. Deontay Wilder III trilogy match, which also doesn’t have a set date yet.

It’s going to be impossible for Golden Boy to move Canelo’s next fight to November or December without knowing when the Joshua-Pulev and Fury-Wilder 3 matches will take place.

It’s an impossible situation for Canelo to fix without taking drastic measures by fighting a dangerous guy like Beterbiev. But he can’t do that because DAZN needs a British fighter for him to fight. The only real option for Canelo is to relinquish the date, and then come up with an excellent face-saving excuse for why he’s giving it up. It wouldn’t be good for Canelo to admit the truth by saying that he can’t compete with the Tyson vs. Jones fight.

A better move would be for Canelo and Golden Boy to say they’re giving up on the September  12 date due to them having a difficult time trying to find an opponent. Oscar De La Hoya trot out the same spiel he’s been repeatedly regurgitating lately by saying that Canelo’s opponents are pricing themselves out by asking for the moon and the stars to fight him.

The boxing public would be sympathetic to Canelo’s situation if Oscar uses that old tired excuse for why he can’t fight in September. It’s not as if the U.S fans are looking forward to seeing Canelo fight Ryder, Quigley, or Callum.