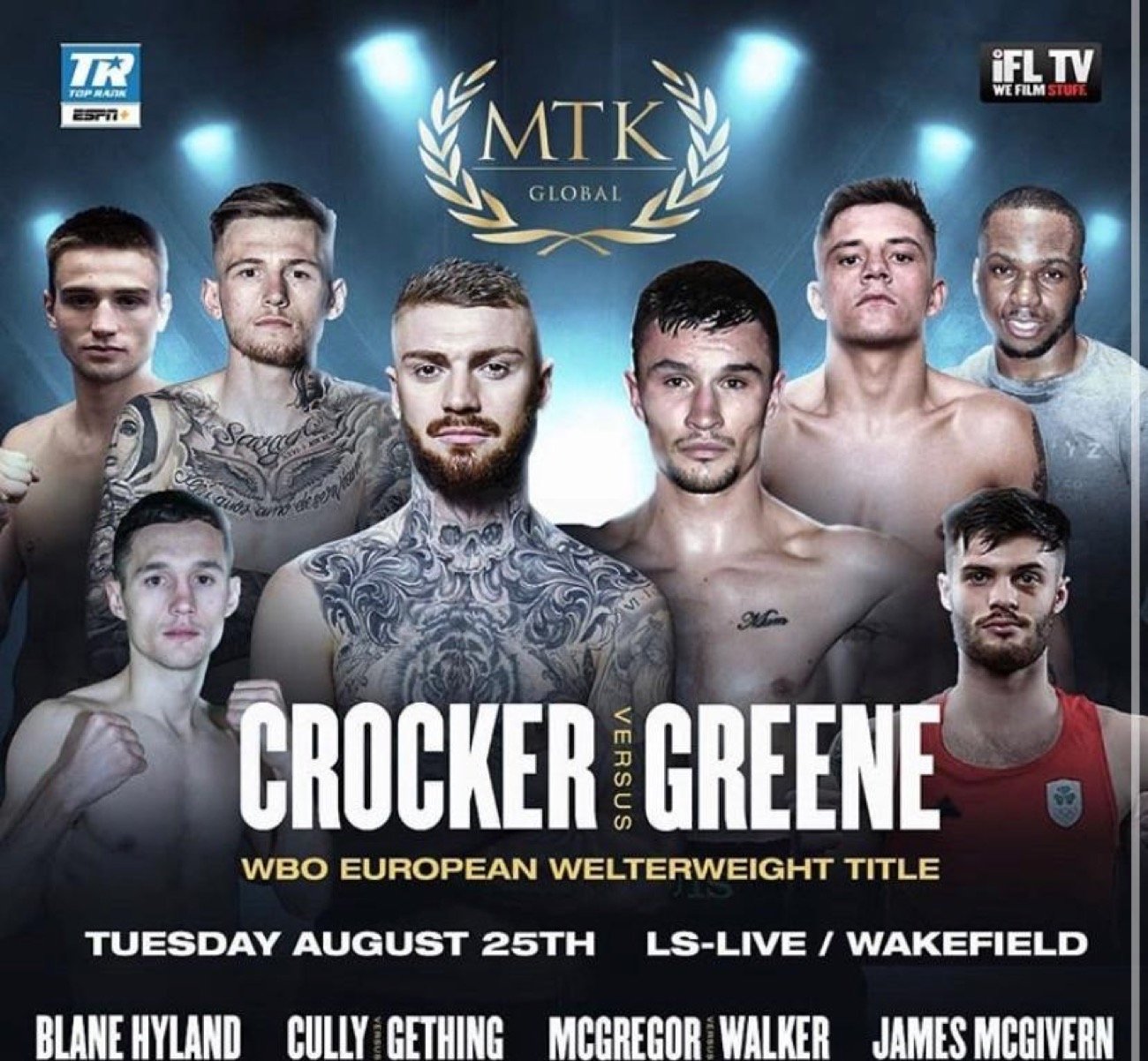 Sponsored by JD Sports, ‘The Punchline’ is a light-hearted series which pairs characters from the world of boxing with Davis for a much-needed funny spin on a serious sport.

Following the conclusion of ’The Lockdown Tapes’ series, our podcast offering continues from Monday July 13, available to download and listen via Apple and Spotify podcasts.

Some of the biggest names in the Matchroom stable will join Davis throughout the summer whilst ‘Fight Camp’ takes place from the HQ in Brentwood.

Episode one sees promoter Eddie Hearn talk with Davis on a range of subjects, in and out of the ring.

Davis has been busy in lockdown, featuring on Jamie Redknapp’s Home Fixture on Sky One following the release of his own show ‘King Gary’ on the BBC.

“I’m excited to be linking up with Matchroom for The Punchline Podcast,” said Davis. “I’ll be speaking to some of my favourite fighters, past and present, dipping into their backstory, personal life and boxing background plus much more.”

Wales and Ireland have endured a long-standing bitter feud in other sports, most notably in rugby union, which stretches back to 1871. Now, Welshman Kieran Gething (9-2-2, 2KOs) and Irishman Gary Cully (10-0, 5KOs) will reignite the rivalry in the ring on August 25 at the LS-LIVE in Wakefield, broadcast in the US on ESPN+ and worldwide on IFL TV.

The national champions will do battle at 140lbs over 10-rounds in Europe’s first ever purpose-built rehearsal facility, designed to cater for the practice of large-scale film and TV productions.

Reigning Welsh Area super-lightweight champion Kieran Gething was last in action live on Sky Sports last November in the MTK Golden Contract quarter-finals, where he reached a stalemate with former Southern Area champ Jeff Ofori over 10-rounds, so referee Kieran McCann was called upon to put his chosen winner through to face Ohara Davies in the semi-finals, and he opted for Ofori.

The 26-year-old from Pontypool has been training all during lockdown with his brother, Connor, he revealed, “My brother, Connor, is handling my training camp for my next fight. We just travelled up to London to spend a week training at the iBox Gym to get some specific southpaw sparring in.”

Aged just 24, Connor Gething is one of the youngest AIBA coaches in the UK. He won two Welsh national titles as an amateur but stopped boxing at 16.

“My brother has been involved in my career since I was about 20,” Kieran continued. “He’s the perfect guy to have around in lockdown because he’s got all the know-how and experience.”

Normally, Gething trains with Lyndon James at his local Pontypool ABC. Restrictions in place, due to the current COVID-19 crisis, means that the pair haven’t been able to work together yet.

Gary ‘The Diva’ Cully, 24 from Naas in Ireland, stunned everybody when he brutally stopped unbeaten Joe Fitzpatrick (10-0) in the first round to win the vacant Irish lightweight title in January this year.

The 6ft 2in tall southpaw’s rangy shots landed cleanly on his target from distance, knocking the Belfast ‘Dragon’ down early, then stopping him in clinical fashion just moments later in a short but thrilling contest.

Having started boxing at the early age of seven at St. David’s Boxing Club in his home town of Naas, he went on to win six Irish national titles, peaking with a European Youth Championships gold medal in 2013, culminating in winning the prestigious Haringey Box Cup in 2016, where he was named ‘Best Overall Boxer’ in the process.

Gething was also a standout amateur, winning the Welsh ABA national titles as a junior, youth and senior, and proudly captained the Welsh Boxing Team.

With both boxers possessing a good amateur background and claiming national titles as pros, it should provide fans with an even and intriguing contest.

Gething-Cully features as part of the second of three scheduled MTK Global events, which will be headlined by unbeaten Belfast’s Lewis Crocker (11-0, 6 KOs) as he goes up against former Southern Area champion Louis Greene (12-1, 7 KOs) for the vacant WBO European welterweight title.

Elite prospect Blane Hyland (3-0) returns to action on the card as well, while amateur sensation James McGivern makes his professional debut, with opponents to be announced for those two fights.