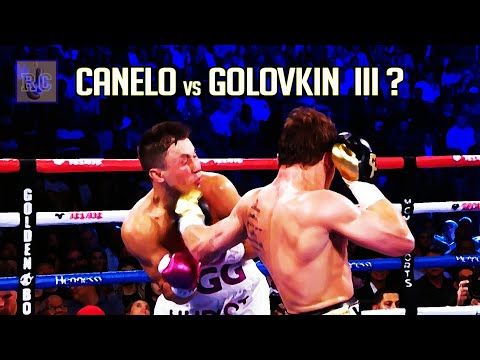 By Rummy’s Corner: It feels like an eternity since Canelo Alvarez was awarded a majority decision victory in his rematch against Gennady Golovkin.

Truth be told, even the Fury-Wilder rematch feels like it happened a long time ago, and that was only a few months back in February. With the entire boxing world essentially on hold these past few months, the entire boxing landscape has changed. Business practices will need to adjust and evolve with the current predicament involving COVID-19. In order to rebound from this situation, the sport of boxing is going to need to provide the type of match-ups that get boxing fans excited.

The prospects of a big time showdown between WBC and lineal heavyweight champion Tyson Fury and unified WBA/IBF/WBO heavyweight champion Anthony Joshua is probably the most interesting contest that can theoretically be made right now. But a third fight between Canelo and Golovkin is another top contender. Boxing fans are eager to see good match-ups as boxing begins resuming on a consistent basis in this new working environment. With the history of their rivalry, the popularity of the two, and the fact that they are both widely viewed among the best boxers in the world today – a third fight between Canelo and Golovkin makes a lot of sense, and has far greater appeal now than it may have otherwise had just a few short months back.

Canelo and Golovkin first met on September 16, 2017 when Alvarez challenged Gennady for the unified WBA/WBC/IBF middleweight championship. After 12 rounds of action it was ruled a draw, but most observers believed Golovkin deserved to win. Their rematch happened almost exactly a year later on September 15, 2018. This was a far more entertaining and competitive match-up, and this time Canelo emerged victorious with a razor thin majority decision. Golovkin is now getting older, whereas many believe Canelo is just now reaching his absolute peak. But the prospects of a third fight remain interesting because most observers thought Golovkin deserved to win their first fight, and there were even a fair number who believed he deserved to win the rematch.

Will a third contest between Canelo and Golovkin happen some time in 2021?

This edition of Rummy’s Corner provides a brief recap of their rivalry, a quick recap of what they have both done since they last met, and thoughts on why a third fight between these two boxing elites would be great for boxing, especially in the current landscape. Please watch and enjoy the video!