Eggington vs Cheeseman on August 1, LIVE on DAZN 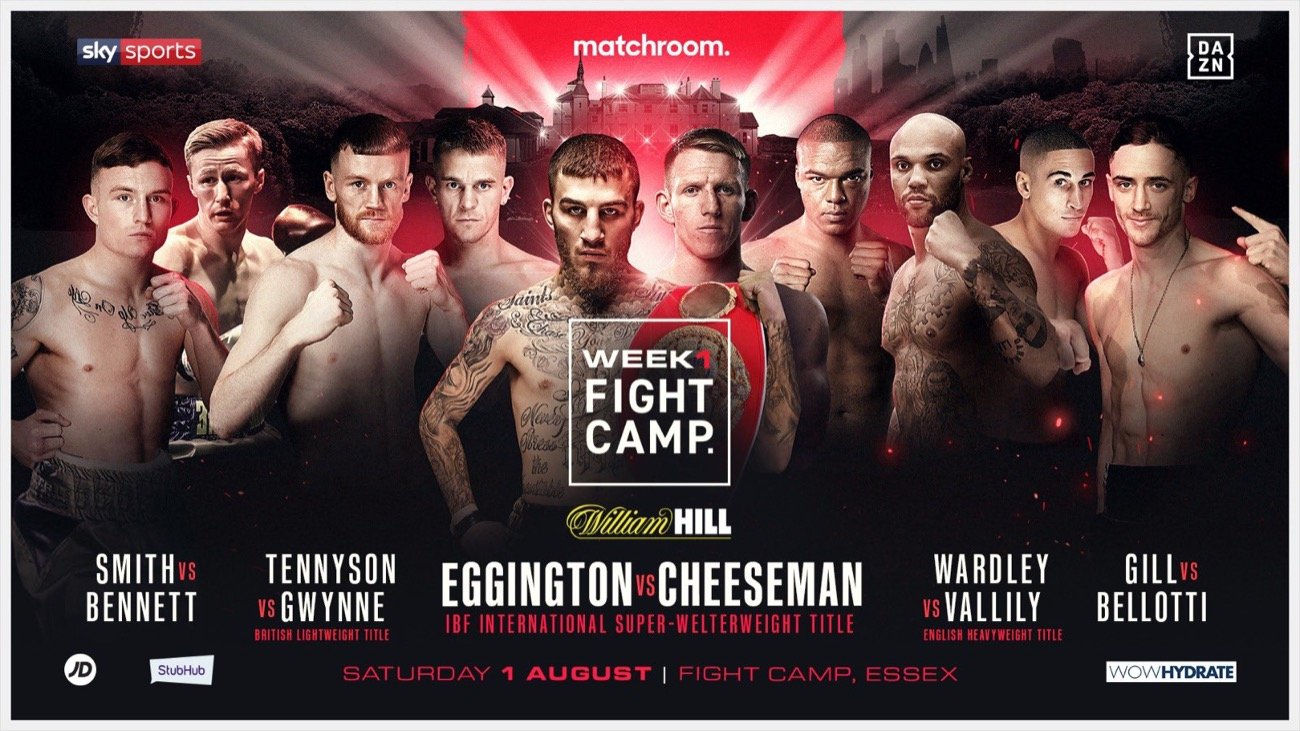 Sam Eggington says his highly-anticipated showdown with Ted Cheeseman at the top of the opening week of Matchroom Fight Camp on Saturday, August 1, is “all or nothing” for both men as he sets his sights on a World Title Eliminator at 154lbs.

Former European Welterweight Champion Eggington (28-6, 17 KOs) has notched four straight wins since losing to Liam Smith back in March 2019, picking up the IBF International Super-Welterweight Title on away soil against Orlando Fiordigiglio in September.

He puts that belt, along with his No.5 ranking with the IBF, on the line against Cheeseman, live on Sky Sports in the UK and DAZN in the US, knowing that a win could propel him towards a surprise World Title shot and a loss could undo all of his hard work over the past year.

The stakes are equally as high for Cheeseman, who finds himself in a must-win situation following two losses and one draw in his last three fights. Everything is on the line for ‘The Big Cheese’ and another loss could prove to be disastrous for his career. 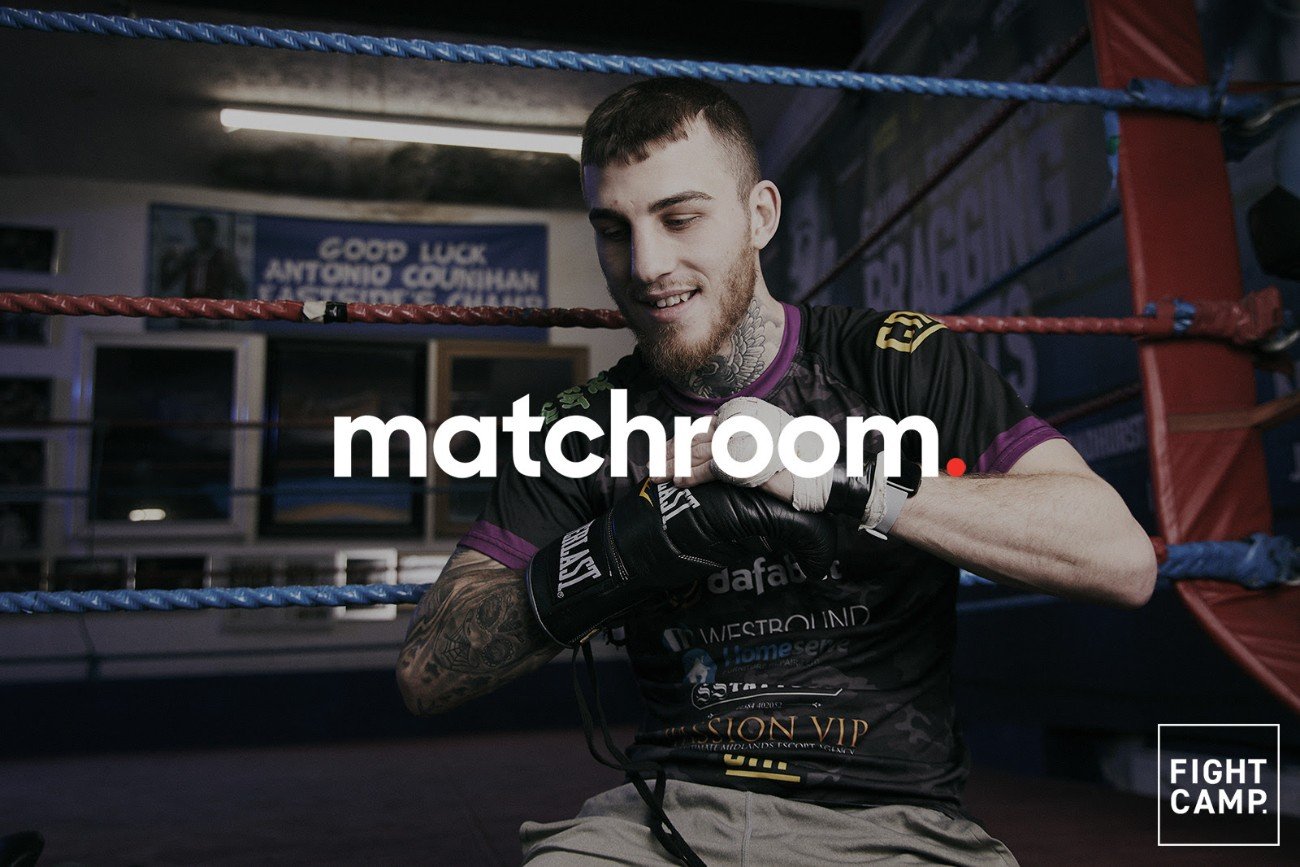 “You only have to watch Ted fight to know that he doesn’t give up when it gets hard,” said Eggington. “I have full faith in myself, and if anyone can make him give up, I’ll be that guy. It’ll be a good fight while it lasts. The way we both fight, it’s’s going to gel for war, but I genuinely think I’ve got enough to get the win.

“I’m confident in this fight. Eddie gave me a list of names for potential opponents, and we picked him out because it’s a good fight and one we can win. It’s’s not a match that worries me as others might have. I’ll make sure I walk out with the win. Any way, shape, or form, I’ll get the win.

“I’ve never been in a position to have an argument for some sort of Eliminator, and I think I am now with the IBF belt. That’s the aim once we get past Ted next month. It’s all or nothing for both of us. That’s the way I live in general.

“It’s in the garden, and there won’t be a crowd, but that doesn’t matter to me. If I’m fighting and it’s a packed-out arena, I want to win that fight. If I’m fighting in an empty room, I’m fighting, and I still want to win. I’m going to bite down on my gum-shield and do anything I can to win.”

BELLOTTI: A WIN PUTS ME RIGHT BACK IN THE MIX

‘Bomber’ primed for ‘make or break’ showdown with Gill
Reece Bellotti says a win over Jordan Gill on the opening week of Matchroom Fight Camp on Saturday August 1, shown live on Sky Sports in the UK and DAZN in the US, will fire him back into title contention in the Featherweight division.

Bellotti (14-3, 12 KOs), a former Commonwealth Featherweight Champion, suffered the third loss of his career when he challenged Francesco Grandelli for the WBC International Silver Title in Trento, Italy in November last year.

The South Oxhey fighter lost to a split decision in the bout with the current Italian Featherweight Champion, but now has a shot a redemption when he takes on Chatteris talent Gill over ten rounds in the Matchroom HQ garden.

“I think a win over Jordan catapults me up to where I was before I took my first loss,” said Bellotti. “He beat Ryan Doyle in good fashion and obviously Doyle beat me. If I beat him it puts me back up to where I want to be, and will help right a few wrongs in my career.

“It’s a massive fight for me to climb back up the ladder and get back into the mix. It’s make or break, 100%. I’ve got to beat people like Jordan if I want to get to where I want to be. I’ve had bumps in the road, but now it’s time to stabilise and move forward.

“I’m pushing 30 now, I’m not a prospect anymore. I’m a father and a husband, I have a new drive and I have to provide. It would be difficult for me to come back from a loss. I have to bite down on my gum-shield, walk him down and break him down. People say he’ll outbox me, but I’ve got the ‘equalizer’.”