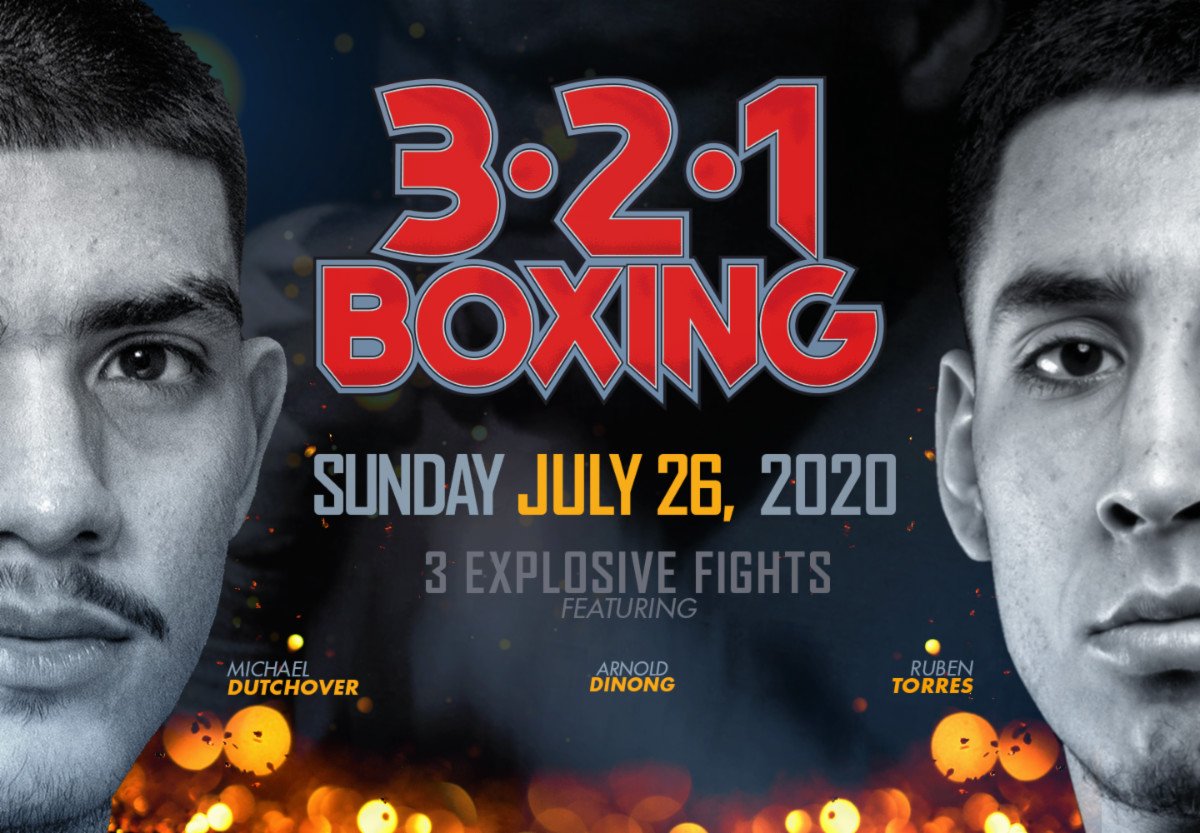 Undefeated super lightweight prospect, Ruben “Ace” Torres (12-0, 10 KOs), has an opponent for his scheduled July 26th 8-round co-main event bout, as a part of 3.2.1. Boxing presented by Thompson Boxing, an online pay-per-view in which fans will not be able to attend. Torres will square off against Oscar Bravo (25-9, 11 KOs) from Chile.

Torres, who is riding a three-fight knockout streak, picked up the biggest win of his career last year against a fellow unbeaten contender, George Acosta. Bravo has only been stopped once that was two years ago to hard-hitting Xavier Martinez. Torres is looking to make a statement by stopping one of the most durable fighters in the division.

“It is great to get back to action, it’s been far too long away from the ring,” said Ruben Torres. “I want to thank Thompson Boxing for getting me back in the ring as fast as possible, and also I am excited to face Oscar Bravo, who I know is going to challenge me.”

“Ruben is ready for this bout,” said manager and trainer Danny Zamora. “Ruben is a really good fighter, who works hard and is ready for whatever might happen that night. I expect big things from him.”

Bravo is more focused than ever. The 32-year-old Chilean boxer who is entering the bout on a three-fight win streak, has been stuck in the United States since March, as he was scheduled to fight but it got cancelled because of COVID-19. Bravo has never felt better in his career.

“I’m the best I have ever been as far as being in shape,” said Oscar Bravo. “I was forced to stay in the States because of the pandemic, but it’s a blessing in disguise as I’ve been training daily with coach Joel Diaz Sr. I had to learn on the job as a boxer and I am better now than any fight prior. I am working extremely hard and I am focused on beating Ruben Torres, which I know I can do as I’m focused like no other time in my career.”

Bravo sees fighting with no crowd as a major advantage for himself.

“I think the fact that no fans will be there helps me since Torres has a lot of fans,” Bravo said. “The fight will be the same for me, but for him, I know that a lot of people who usually support him now will be watching from home instead of ringside which is a change for him.”

Torres will be fighting on the same card as his stablemate Michael Dutchover.

“It is nice to fight with my stablemate on the same card,” said Torres. “My coach and I, as well as those I am in the gym with, are very close, so this will be a very great experience since it will be just us and our opponents there live. I am looking forward to it.”

The highly anticipated return of undefeated super lightweight Ruben “Ace” Torres (12-0, 10 KOs) will happen this Sunday, July 26, 2020 as Thompson Boxing Promotions presents 3.2.1 Boxing, a live Pay-Per-View streaming event. Torres will face Oscar Bravo (25-9, 11 KOs), a durable and tough veteran known for giving prospects trouble. Torres will look to get yet another knockout in this 8-round co-main event bout.