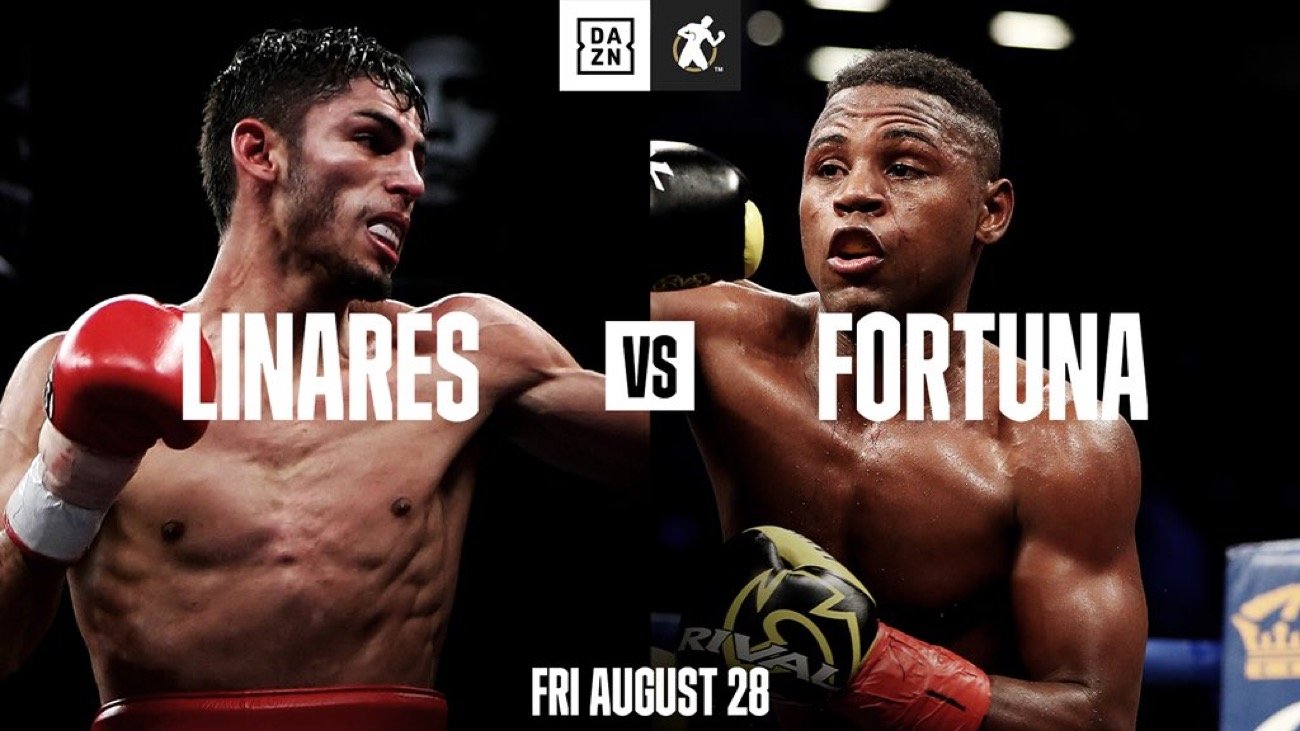 For Rashidi “Speedy” Ellis (22-0, 14 KOs), it’s not if he’ll have a shot at a world title, but when. In the August 28 co-main event of Linares vs. Fortuna, Ellis will have an opportunity to show why when he faces experienced contender Brad “King” Solomon (28-3, 9 KOs) in a 10-round defense of his WBA Continental Americas Welterweight Title.

The event, which will take place at Fantasy Springs Resort Casino, will be closed to the public and media. It will be streamed live on DAZN.

“Rashidi Ellis is a big problem for everyone at 147 pounds,” said Oscar De La Hoya, Chairman and CEO of Golden Boy. “He may very well have the quickest hands in boxing, and he’s eager to fight the very best in the division. We’re proud to have him lead our explosive undercard for August 28, which features some of the best contenders in any division, including the hard-hitting Bektemir Melikuziev and rising welterweight Alexis Rocha.”

At 27 years of age, Ellis is ready for the very best that the welterweight division has to offer. The native of Lynn, Mass. has never tasted defeat since making his professional debut in 2017, and he’s fought in Mexico, Puerto Rico and the Dominican Republic as well is in many different cities in the United States. Ellis has previously held the IBF North American Welterweight Title, and now he is currently the proud holder of the WBA Continental Americas Welterweight Title, which he earned via unanimous decision in his rematch against Eddie “E-Boy” Gomez. Ellis will face one of the toughest challenges of his career in Solomon, and the result will indicate to all where he stands in the division.

“I’m finally back in the ring on August 28 on DAZN,” said Rashidi Ellis. “And I’m happy that it will be at my favorite place, Fantasy Springs Resort Casino. Brad Solomon his coming off some very tough challenges, but I’m coming to make a statement. I’m going to show that I’m the best in the welterweight division and that I’m ready for a title shot. Stay tuned!”

Solomon is a 36-year-old contender of Lafayette, Louisiana who was a decorated amateur before debuting as a professional in 2008. Aside from winning several Golden Gloves tournaments, Solomon also possesses an amateur win over Javier Molina. As a professional, he has defeated tough fighters such as Freddy “The Rail” Hernandez and Adrian “El Tigre” Granados. Solomon is returning after back-to-back losses against Vergil Ortiz Jr.and Alexis Rocha, but he promises that this fight will re-enter him into upper echelon of the welterweight rankings.

Marlen Esparza (7-1, 1 KOs) of Houston, Texas will return after her first and only defeat in an eight-round flyweight bout against Jacky Calvo (12-5-1, 1 KO) of Mexico City, Mexico.

Linares vs. Fortuna is a 12-round fight for the WBC Diamond Lightweight Championship presented by Golden Boy in association with Teiken Promotions and Sampson Boxing. The event is sponsored by Hennessy “Never Stop. Never Settle” and “BetOnline – Your Online Sportsbook Experts.” The event will take Friday, August 28 at Fantasy Springs Resort Casino and will be streamed live exclusively on DAZN.

Josh Kelly vs. David Avanesyan in October or November »