Jermall Charlo: The Sergiy Derevyanchenko fight isn’t even made

By Matt Lieberman: Sergiy Derevyanchenko is just one of the names that are under consideration for WBC middleweight champion Jermall Charlo’s next fight. Charlo (30-0, 22 KOs) says he’s interested in facing Derevyanchenko (13-2, 10 KOs), but he’s not the only one that they’re looking at.

Earlier on Monday, there were reports that the Charlo-Derevyanchenko fight was being finalized for September or October on Fox or Showtime. However, it’s not certain that fight is going to happen.

Charlo wants a step up fight, and he would be willing to entertain a title defense against the 34-year-old Derevyancheno, but we’ll have to see if it gets made.

The sport could use a fight between Jermall and Derevyanchenko, but it’s got o make sense financially for the two to fight. 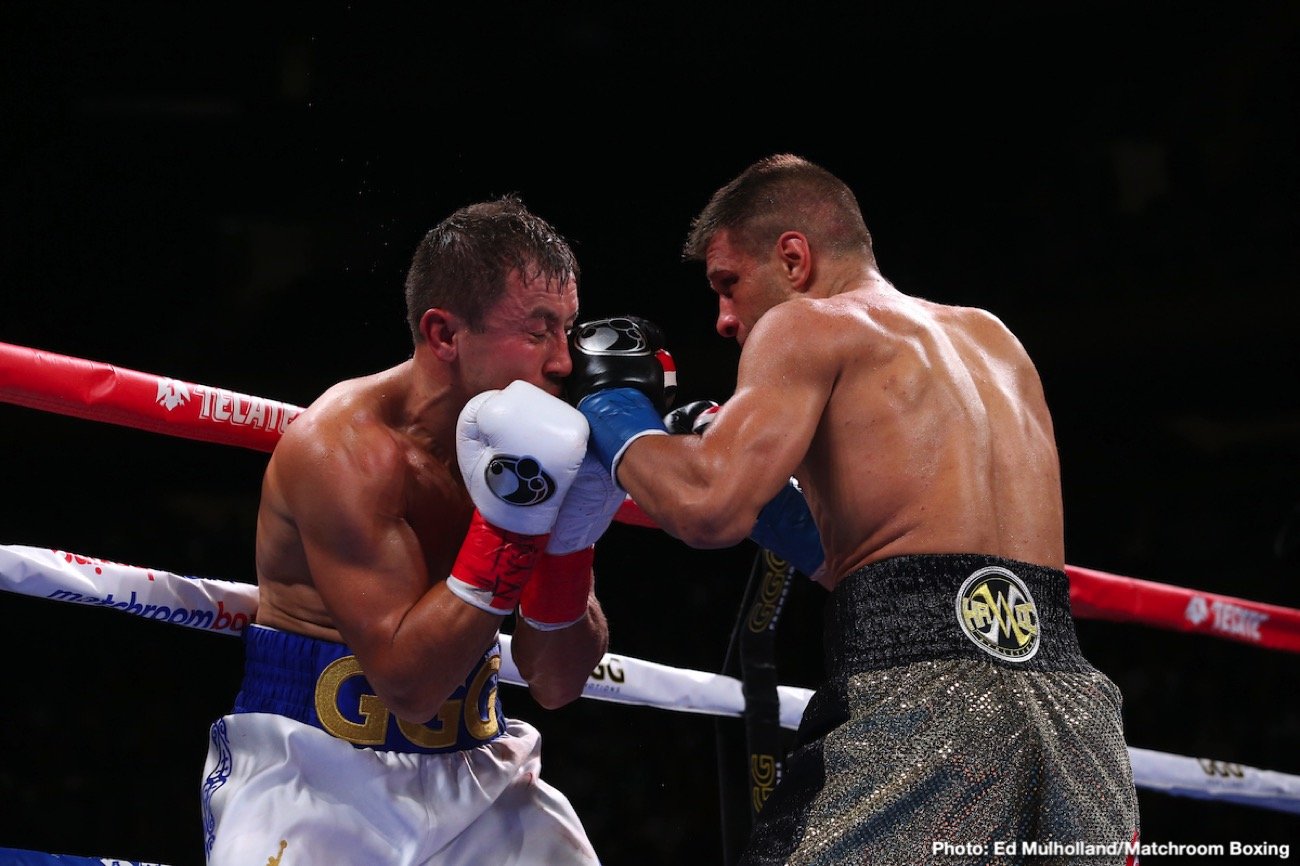 “We’re looking forward to getting those big fights happening soon,” said Jermall Charlo to the Pug and Copp show. “It’s another fight, and another game plan we got to come up with,” said Charlo of his match against Derevyanchenko. “We got to execute and take care of business. ”

He’s a tough guy, and he’s right there at #1 ranking in the world. That’s what set up the fight. There’s been talk of him not fighting me. You don’t answer it.

“You keep working and keep winning,” said Charlo in response to a question about how he deals with fans that criticize his level of competition. My fight, my wins, and the things I do, they speak for themselves.

“I don’t really got to explain it to people. I fight for the fans that love boxing and love Jermall Charlo and the things the Charlo twins have done in boxing. It’s just a game plan you got to come up with.

“That fight with Sergiy isn’t completely done. It’s just some talks about it, and there’s not much I’m saying about it. I’m willing to get in there with the best,” said Jermall on the Derevyanchenko fight.

Either Jermall is intentionally staying quiet on the Derevyanchenko negotiations, or this is a fight is just one of many being looked at. If Charlo doesn’t fight Sergiy, then it would be interesting to see who he does fight.

These would be great options for Jermall:

Charlo ready for a step up

“We’ve been with Ronnie Shields are whole life, and we’ve watched him train all kinds of champions. Ronnie has brought me to new heights in my career. He’s been letting me know that the sky’s the limit with this stuff, and boxing is a journey.

“So we’re taking it step by step. The fights get harder, and we get tougher. I’m a man when it comes to doing what I do, and I’m the best at doing what he do. I get in there, fight hard and figure out places I need to be at the right time so that I can deliver shots like that,” said Charlo.

It’s important for Charlo’s career that he starts facing increasingly tougher opposition because he’s not facing the right guys. There are benefits for Charlo to continue to face the same level of opposition he’s been fighting. His chances of staying champion with the WBC go up as long as he continues facing weaker contenders.

The disadvantage of Jermall fighting no-name opposition is he’s not going to become a star, and he won’t make as much money. But on the flip side, if Jermall steps it up against better opposition, he could lose, and his career might suffer.

According to Celebrity Net Worth, Charlo’s net worth is $800,000. That’s not anywhere near the kind of money Canelo Alvarez and Gennadiy Golovkin has made.

“I’ve seen him knock out a lot of people. So these fights where people try and bum rush in, they get caught with some stuff they’ve never seen before,” said Jermall. “I’m not leaving it up to the judges. I’m trying to be one of those that stop him.

“You’ll see how hard I’m training. I’m a better finisher than those guys,” said Charlo when told that Daniel Jacobs was trying to stop Derevyanchenko but couldn’t. “They’re looking for the jab, but I’ve got so much in my arsenal.

“When I’m putting it together and giving it my best and giving you my best Jermall Charlo, you’ve got nothing to worry about. It’s going to be an entertaining night.

“It’s going to be a big fight. I come to fight, so it’s not like I’m coming in random coming out of nowhere. You know what I do. Sure, if there’s a champion up there that wants to fight me, and allow me to fight me,” said Charlo when asked if he’d go up to 168 for a big fight,” Charlo said.

Jermall might need to knockout Derevyanchenko if he wants to beat him without controversy. If the fight goes to a decision, there are going to be a lot of boxing fans that will be questioning the decision if Charo wins

Derevyanchenko is just one of Charlo’s options

“We can make something happen,” said Jermall. “I’ve moved up in weight before, and I know how to handle it. I’m a natural 168-pounder, but I’m campaigning at 160.

“I’m staying strong, staying sharp. You’ll get a chance to see a lot more real soon. It’s the money. I get paid to do what I do, so I can’t let anybody down. We’re living in paradise, and we’re just running around having fun all day.

“That’s all we do. My character is the future of boxing. I might come off as unapproachable to some people that don’t know me. That’s just part of the game. Like I said, the fights not even made,” said Charlo on the Derevyanchenko match.

“Whatever you heard, I don’t even know if you heard the right things. It’s [Derevyanchenko], just someone on the radar. He’s only one of the guys that we’re talking about getting in there with as far as the ranking goes.

“You never know what the sanctioning does. I’m the champion, you know? There’s a lot of different things that have to play on. It’s [the virus] is making boxing take its time in coming back, but when it does come back, you’ll get the best out of me because I’m working. I’ve never taken off,” said Jermall.

You just knew it was too good to be true when we heard the news of Charlo vs. Derevyanchenko being finalized for September or October. Derevyanchenko is so far advanced from the guys that Charlo has been facing, and that made it impossible to believe.

Jermall ready to get back in there

“I thought I was going to fight way back in April,” Charlo said. “And I want to keep going. I fought in December, so it was like a while. I’m ready to get in there, so hunger is just building.

“Two things could happen with this pandemic. I could be getting stronger, and taking some time to learn some new things about myself.

“I don’t know. Canelo is going through somethings with Golden Boy, trying to branch out and have his own things going on,” said Jermall when asked when he’ll fight Canelo Alvarez. “I don’t know. It could be this year. Who knows?

“I’ll be ready, ‘Jermall Charlo, we can get you the fight you’re dreaming of.’ Right here in this pandemic. This would be a perfect time to fight someone like Canelo just because there’s not been a lot going on, but Canelo has been training also,” said Jermall.

The last time Jermall fought was in December in beating Dennis Hogan. That fight was a gimme for Charlo and not a true test. It’s now been seven months since Charlo last fought. You’ve got to assume that he won’t be back until at least October unless an opponent is picked right now, and an announcement made.

It’s looking like Charlo will be out of the ring for a full year by the time he fights, and that’s not good.

“We’re both right there, but maybe they’re trying to build a stage for it,” Charlo said of a fight between him and Canelo. “I don’t know. I’m fighting the #1 fighter in the world, hopefully, and we make that s*** happen.

“Then I’ll look at him, and I’ve got to fight him. The fans are getting tired of it. Obviously, you see it. It’s time to fight. All those fights [Canelo and Gennady Golovkin], but as I said, they’re with another company. 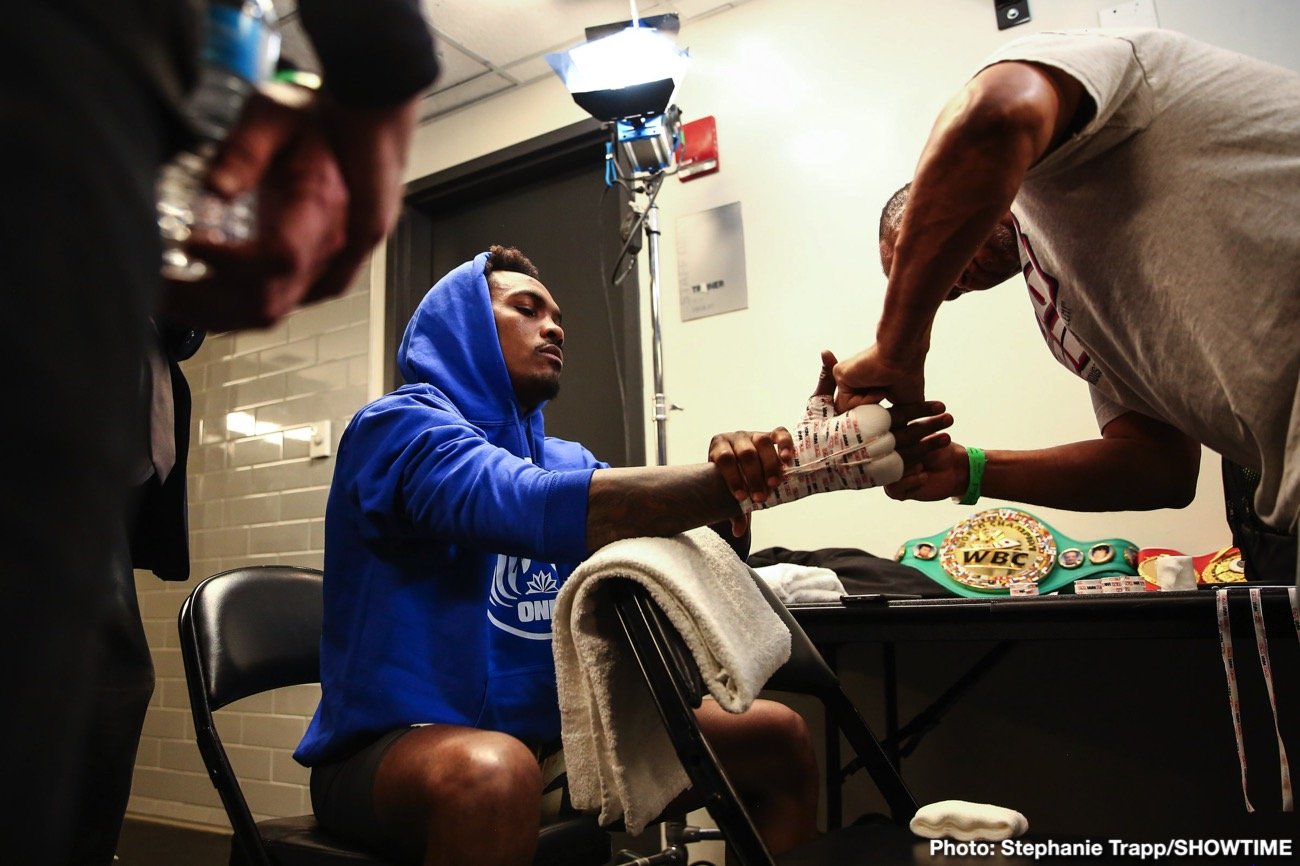 “It sucks, but it’s part of life, you know? I just feel like at this time in boxing with the end of Mayweather and those guys. I’ve got some great fights under my belt. But right now, boxing has taken its toll.

“Everything that’s going on is slowing things up a little bit. We’re just getting close to getting those fights against Gennadiy Golovkin and Canelo. But like I said, it’s going to take some time. Everything has got to shake back out,” said Charlo.

Golden Boy and Canelo haven’t shown a desire to make the Charlo fight, and that’s boxing fans think they’re afraid of him. Charlo is so much bigger than Canelo, and their match could turn into a size mismatch.