Errol Spence Jr vs. Danny Garcia to fight in November 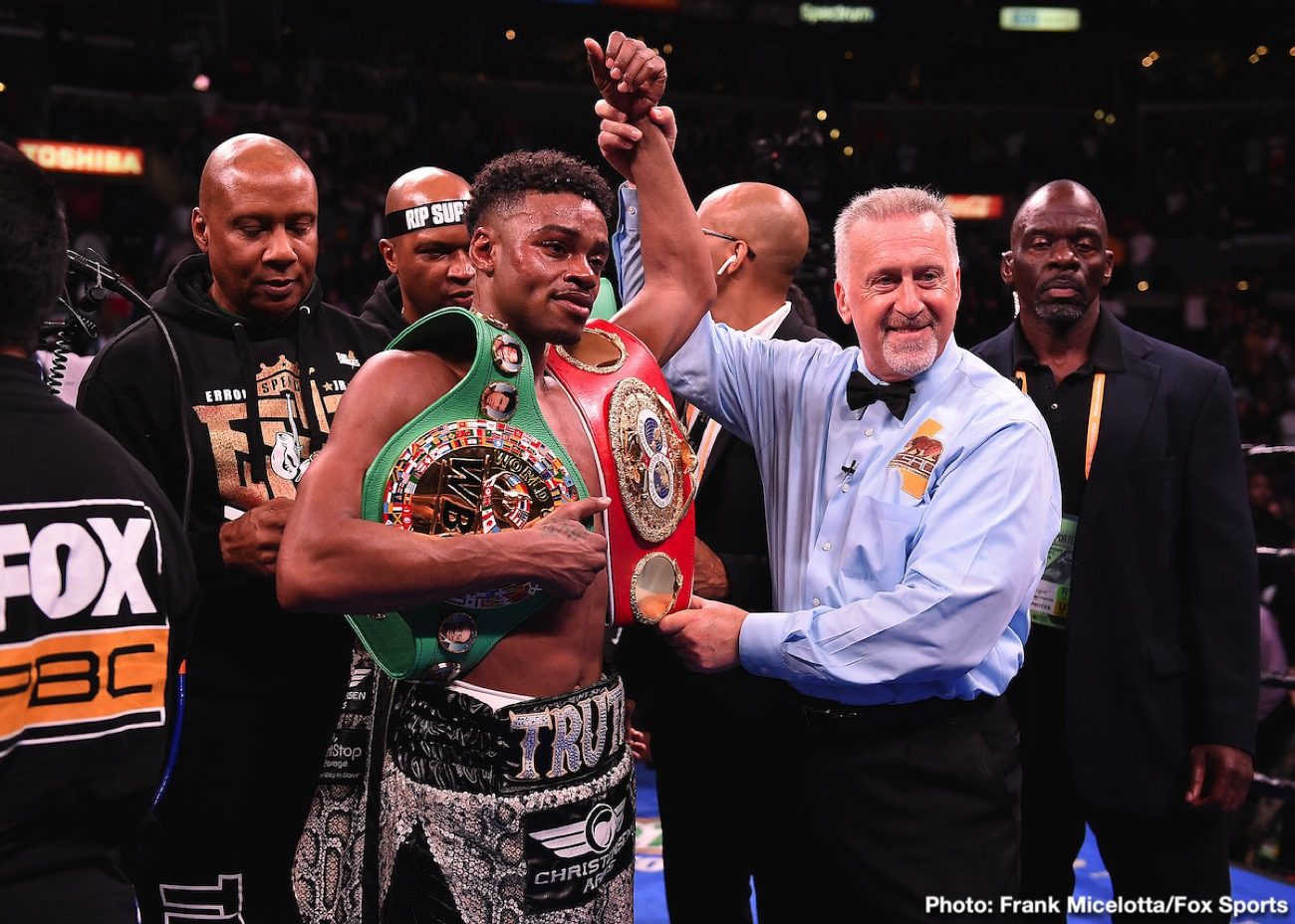 By Sean Jones: IBF/WBC welterweight champion Errol Spence Jr will be returning to action in four months from now to defend his titles against #1 WBO, #2 WBA & #2 WBC contender Danny Garcia on FOX PPV.

Garcia (36-2, 21 KOs) is an opponent that has been in the lead spot for Spence’s next fight since his victory over ‘Showtime’ Shawn Porter last September.

There’s no word yet about the venue, date, or whether limited size crowds will be allowed to attend the Spence-Garcia fight. You’d have to imagine that if boxing fans are permitted to participate in the contest, they would need to have space in between each seat.

The 32-year-old Garcia entered the ring moments after Spence’s narrow victory Porter at the Staples Center in Los Angeles, California. Spence and Danny then talked about them fighting.

Unfortunately, the plans were delayed due to a car accident Errol had last October. If not for that crash, Spence (26-0, 21 KOs) would have fought last January on Fox pay-per-view.

Danny Garcia is Spence’s third consecutive notable opponent since last year when he defeated Mikey Garcia by an impressive 12 round decision in Arlington, Texas. Spence followed that win up with a thrilling win over Porter last September.

For the fight against Danny ‘Swift’ Garcia in November, Spence, 30, will likely put more emphasis into his defense to keep from getting hit as often. 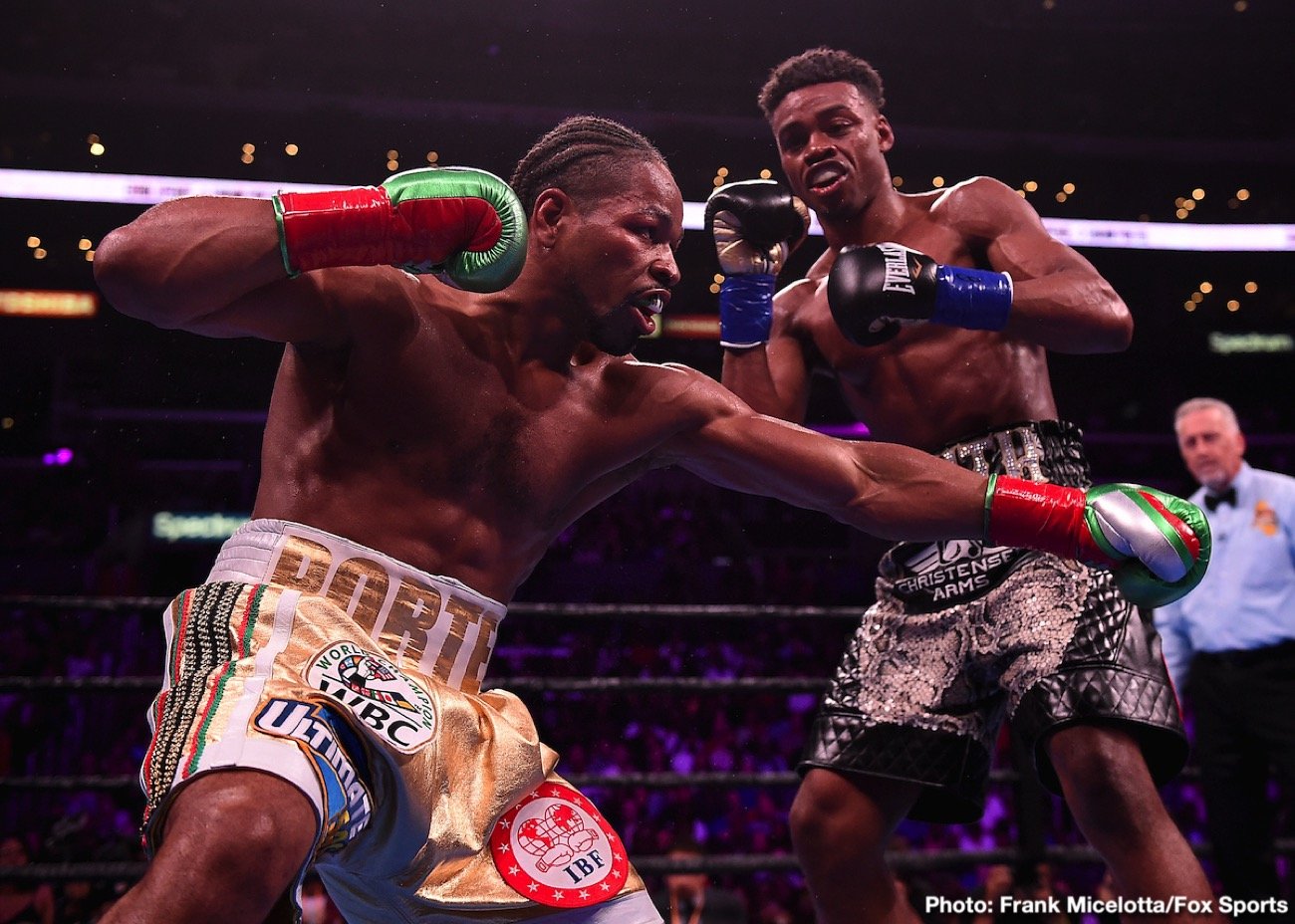 Porter (30-3-1, 17 KOs) was able to land consistently with his power shots throughout their 12 round fight, and that made the match a difficult one for Errol.

Spence is typically an excellent defensive fighter, but he tossed that away by deciding to fight Porter’s fight to send a message to boxing fans that he can beat him at his own game. In the end, Spence did prove that he’s the better brawler of the two, but just barely.

That out of control pace that Porter sets in his fights put Spence in the position where he was forced to take more punishment than he usually does.

Porter too even more punishment, and stated the canvas in the 10th round courtesy of a huge left hook from Errol that he didn’t see coming.

In the fight with Danny, Spence will likely choose to box him the way he did against 5’6″ Mikey Garcia last year so that he can minimize the number of damaging shots he takes. Spence wanted to be complimented for beating Porter using his style of fighting, but it worked the opposite way.

Boxing fans criticized Spence for his weak defense afterward, and many of them now view him as not the fighter that they initially thought he was. To get fans to once again believe in him, Spence must show skills against Danny to make it look easy the way he’d been doing up until recently.

Garcia is an excellent counter puncher, who makes his opponents pay for virtually everything they throw. Danny possesses a sturdy left hook that he likes to tag his opposition with to score knockouts.

We saw Garcia use his left hook to the knockout the following fighters:

Garcia has faced a lot of soft opposition

The criticism that boxing fans have about Garcia is he hasn’t beaten anyone particularly useful during his career. A lot of the guys that Garcia beat were older fighters like Erik Morales, Zab Judah, and Kendall Holt. 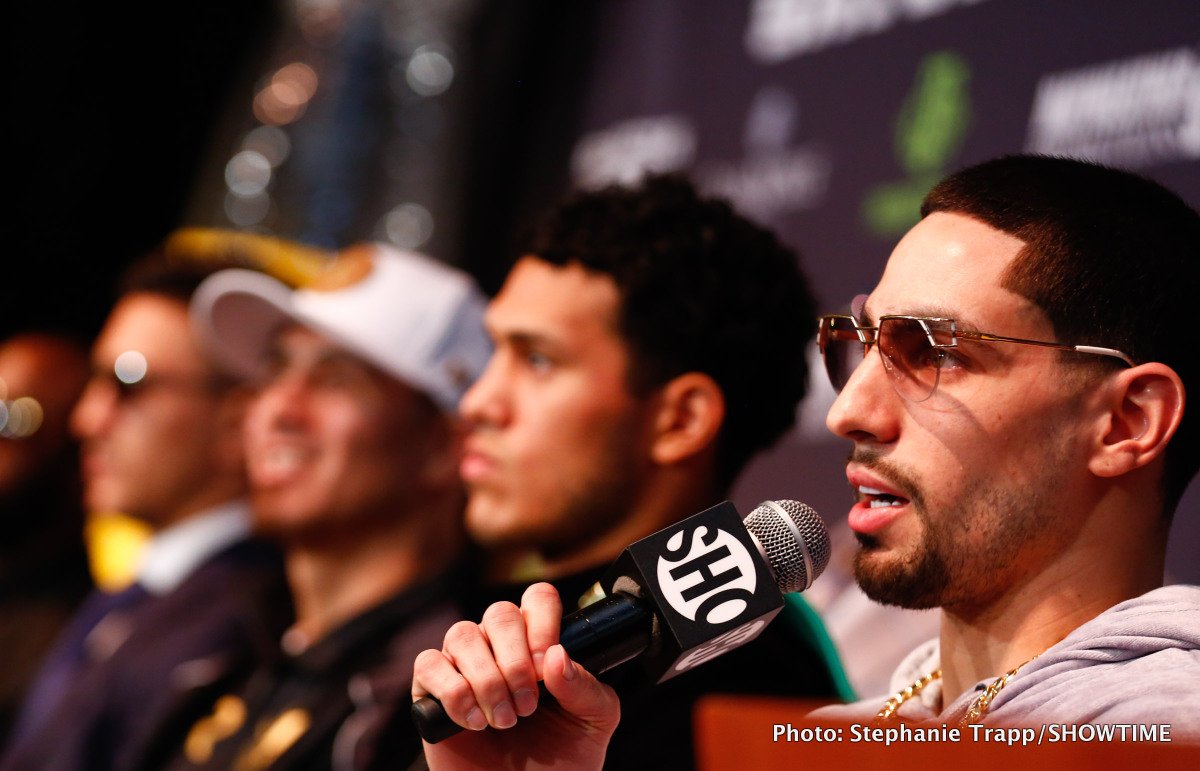 Garcia’s best career wins have come against Amir Khan, Lamont Peterson, Lucas Matthysse, and Robert Guerrero. Those are B-level fighters and not the elite guys that would have impressed the fans. When Danny did step up against high-level opposition in Porter and Keith Thurman, he lost to them.

Garcia is an excellent fighter, but he’s not quite elite. He’s more of a B+ guy, who is good enough to defeat the fringe level fighters like Ivan Redkach, but not the talented guys.

In the last four years, Garcia has faced a lot of soft opponents, which is why many boxing fans call him “Cherry Garcia.” Although occasionally, Garcia will fight a talented fighter, but he mostly takes a lot of record-padding fights for easy paydays against lower-level opposition. It’s a waste of a career, but that’s what Danny has decided to do.

Some of the easier fights Danny Garcia has had since 2014:

Garcia has devoted a significant portion of his career facing tune-up level opposition and choosing not to test himself against the best. That’s one of the reasons why Danny’s career has failed to take off the way many boxing fans thought.

It’s not too late for Danny to turn things around, but old habits die hard.  For some reason, Garcia doesn’t like to face the best repeatedly the way that Spence has done.