Chris Arreola has NO sympathy for Andy Ruiz Jr

By Sean Jones: Chris Arreola can relate to Andy Ruiz Jr with slacking off after he hit it big with the massive payday he received in his first fight against Anthony Joshua last year. Arreola went through the same thing in ducking out on training sessions, partying and not working as hard as he should in the gym.

Arreola, 39, is one of the guys in the running for Ruiz’s next fight, which is expected to be announced shortly. Fighting Ruiz will be #7 WBA Arreola’s opportunity to energize his career and put himself in a position to fight for a world title.

With that said, the former three-time heavyweight world title challenger Arreola (38-6-1, 33 KOs) doesn’t feel sympathy for Ruiz (33-2-1, 22 KOs) after seeing him fall to pieces in his rematch with Anthony Joshua last December in Saudi Arabia.

After the defeat, Ruiz blamed himself for not training the way he needed to with his coach Manny Robles. But instead of choosing to work harder with Robles, Ruiz parted ways with him and hired Eddy Reynoso as his new coach.

Boxing fans saw that move by Ruiz as him trying to undercut the criticism he was receiving by fans by using Robles as the fall guy. Ruiz isn’t blaming Robles for his loss to Joshua, but it does look odd that he chose to give him the boot. 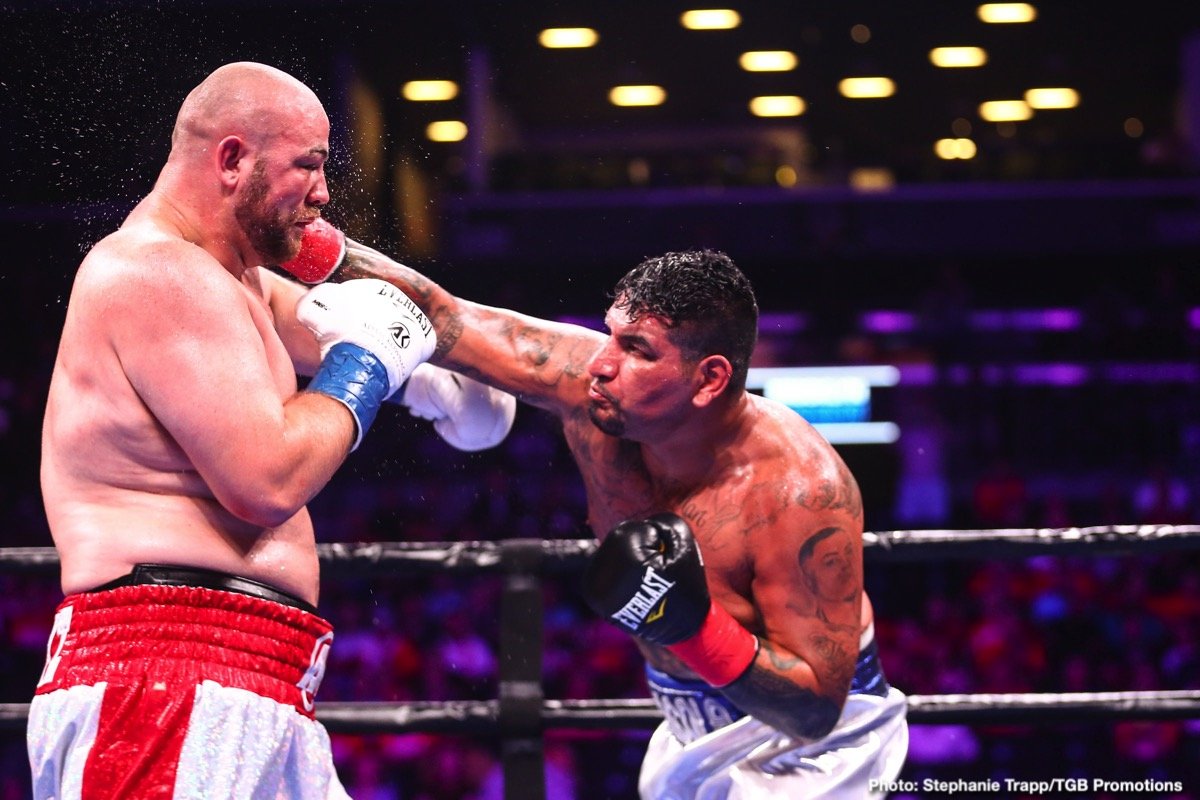 Andy Ruiz Jr has no time to mature

“Absolutely not. I respect him and I would have probably been doing the same thing,” said Arreola to Sky Sports when asked if he feels sorry for Andy Ruiz Jr for him slacking off and losing his titles.

“I don’t think Andy has the time to mature. And I think he has to change now,” Arreola said.

Although Ruiz, 31, is putting in a lot of effort to get in shape before he starts training camp with new coach Eddy Reynoso, old habits die hard. Right now, Ruiz is in the honeymoon stage with his new coach.

If Andy follows his old pattern, he could start slacking off in a fight or two and then subsequently begin looking for a new trainer.

Robles was Ruiz’s second coach. Before Robles, Ruiz was trained by Abel Sanchez, who had the same complaints that Robles did about Andy not wanting to train hard.

It’s tough for people to change their ways, and it would be a miracle if Ruiz turns over a new leaf and dedicates himself to staying in shape, watching his diet, and following everything that’s being told to him by his coaches.

Ruiz should have stayed humble, and waited until he was retired before buying a huge house and nice a car. If Ruiz lived more of a spartan lifestyle of a younger fighter coming up, he might be more willing to put in the hard work.

When you live in a mansion like Ruiz’s new house, it’s got to be a big distraction. It’s a rag to riches story that Ruiz is living, and he’s finding it tough to still have the hunger that he once had when he had nothing.

Chris has stayed near the top for a long time

Arreola lost to these fighters in challenging for world title belts during his 17-year pro career:

What’s impressive about what Arreola did in fighting for a world title is the period. Arreola was still fighting for world titles 7-years after the first time that he challenged for the WBC belt against Vitali Klitschko in 2003.

There aren’t too many fighters in boxing that are still fighting for world titles seven years after the first time they battle for them. That says something about Arreola’s longevity. He’s been able to stay in the top tier for most of his 17-year career.

Ruiz Jr wants to recapture his IBF/WBA/WBO heavyweight titles he lost last December against AJ, but he’s got a long way to go before he’s given another title shot. Joshua isn’t going to let Ruiz fight him unless he’s earned it, and it could take a while before he does that.

Arreola still has enough in the tank to give Ruiz the fight of his life if he’s not in great shape. In Arreola’s last bout against Adam Kownacki, he threw 1125 punches, which a lot of shots for a heavyweight. Even though Arreola didn’t look like he was putting significant power in each blow, that’s a massive work rate.

Ruiz will be tested in a big way if Arreola can let his hands go in the same way. It’ still not a given that Arreola and Ruiz will fight, but it’s possible. Arreola said that there had been talks, and he feels hopeful that the fight can get made.

“How do you expect him to be humble, man? Honestly, just stay hungry. The worst downfall to a boxer is to be civilized.  Once you become civilized, that’s a bad thing,” said Arreola.

The money that Ruiz made from his two fights with Joshua, he doesn’t need to work anymore, and he can live well. However, Ruiz has spent so many years in boxing; it’s hard for him to walk away. For a lot of fighters, going back to training camp every few months is a regimen in their lives, and it’s hard for them to stop once they’ve made enough money to retire on.

With Ruiz, it’s harder for him because he let his boxing fans down with the way he came into the rematch with Joshua out of shape. Ruiz wants to prove to his fans and the doubters that he’s capable of doing much better.

Artur Beterbiev vs. Fanlong Meng on September 25 in Ekaterinburg in Russia »