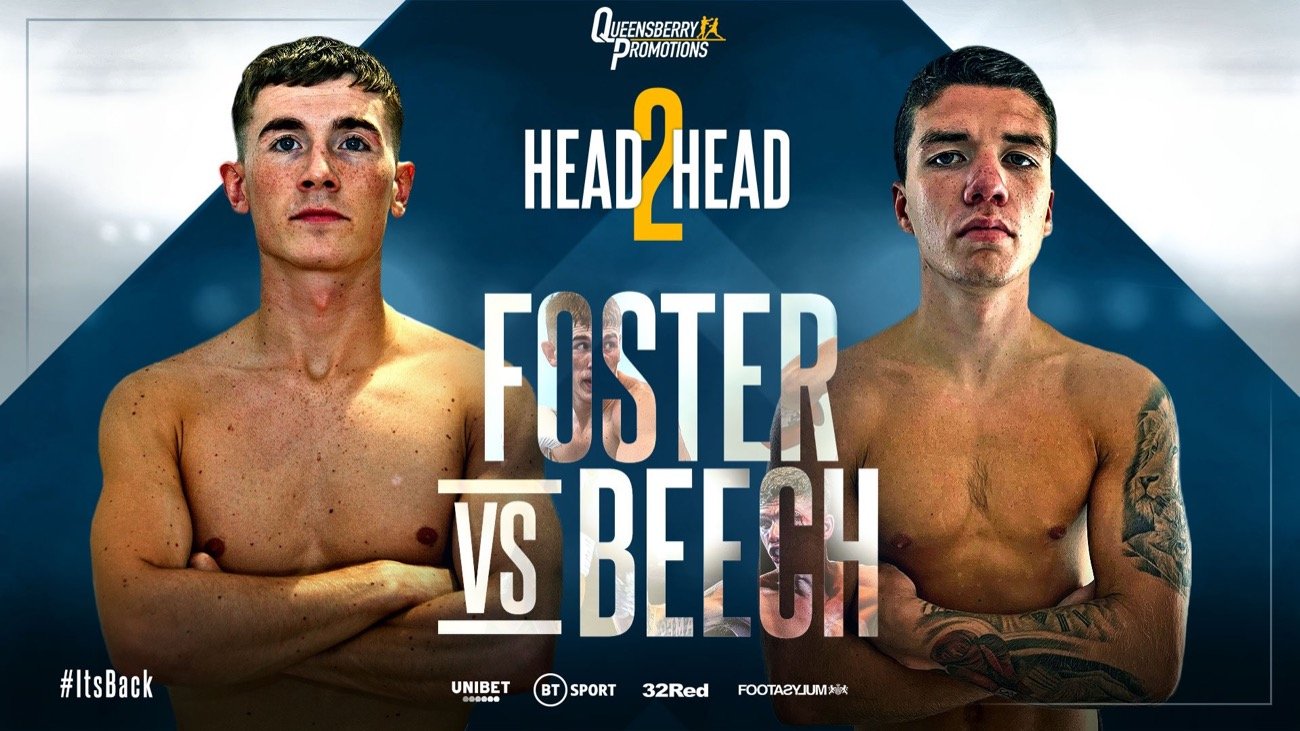 “Thank you to Frank for making it happen,” the twenty-two-year-old says, referring to his promoter, Frank Warren. Foster headlines the first of three shows topped by British title fights scheduled to be broadcast on BT Sport in July, all taking place at BT Sport Studios behind closed doors.

Despite Foster being a huge favorite, he’s preparing himself for the toughest of challenges. The unheralded two-weight Midlands Area titlist, Beech Jr, will be treating this unexpected opportunity as his ‘world’ title fight.

“He’s a tough lad who’s coming to win. I’m looking at him as if he’s the best fighter I’ve faced,” the Lichfield boxer tells me. “I’m not taking him lightly. He’s still a boxer with two hands at the end of the day. I need to go in there and perform to my best to get that win, which I’m very confident in doing.”

A win will not only sustain Foster’s unbeaten record and help him climb the world rankings, but it will also see him earn the prestigious Lonsdale belt for keeps. It’s a prize all British fighters dream of.

“This is the one that I’ve been looking forward to – getting the belt outright. (It’s) something to take away from boxing,” he proudly says. “Not many fighters win it outright, and that was one of my goals coming into boxing, was to get that British title and get it outright, so this is a massively important fight, and I’m ready to go in there and grab it with both hands.”

Foster’s rapid ascent through the 122lb domestic competition is a stunning achievement considering the fact he didn’t take part in a single amateur boxing contest. A stellar kickboxing career, however, is what his combat background consisted of. Within twelve pro boxing bouts, he’d attained Midlands, British and Commonwealth crowns.

“It’s madness, to be fair,” he said with a chuckle. “But I don’t really think about all that. I just think about getting in there and winning the fights. Maybe after this one, I can see how fast I’ve done it in, but it don’t really bother me.”

Considering that swift success, he’s somewhat flown under the radar and doesn’t appear to have a profile with the media that you might expect for a fighter who’ll soon be within touching distance of a world title shot.

“They don’t give me much exposure, to be fair. But, it is what it is. I’ve just got to keep winning, and then my name will get out there eventually. They can’t deny me then. My job’s to keep on winning and keep training hard and let my results do the talking.”

There are swathes of boxers desperate for a fight date at the moment, not only for the monetary gain but also because they’ve not fought in such a long time. Foster last boxed on February 22nd, just as the pandemic was beginning to grip the globe. Less than four months later, he’s out again.

“I’m blessed, mate! A lot of fighters don’t really get turned around that quick when we’re out of a pandemic,” he gleefully points out. “To be fighting twice in that short space of time, in a pandemic – I’m blessed. I’m really looking forward to getting in there and getting the job done.”

The down-to-earth Midlander supplements his pugilistic income as a personal trainer and also works for Tesco. He’s eager to complete his mission objective on July 10th and leave London with the Lonsdale belt.

“The weigh-in’s (on) Thursday. I’m going down there on Wednesday to stay over the night and then (the) fight (is) Friday. Then I’m just coming home (laughs). Coming home with the British belt.”