Anthony Yarde wants his competition to pipe down 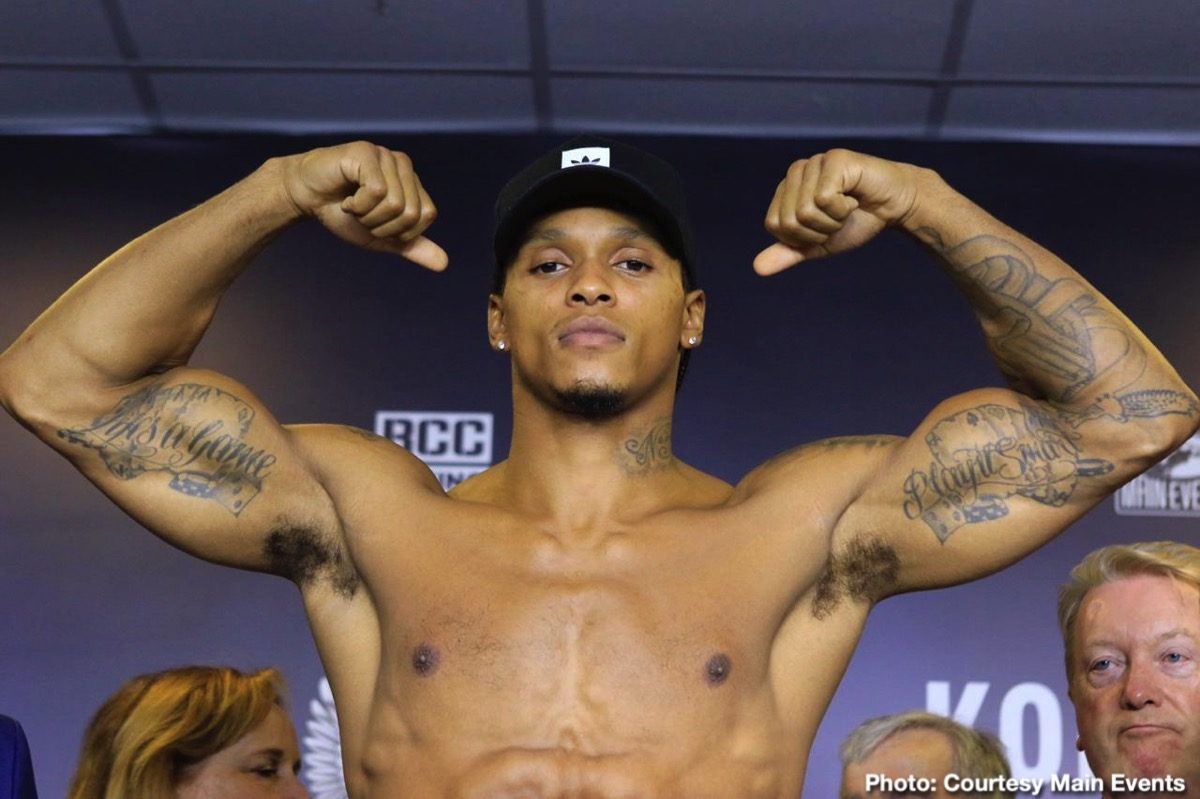 In a three-man press conference ahead of Friday’s BT Sport main event between Lyndon Arthur and Dec Spelman, ‘The Beast’ Anthony Yarde told his competition to “shut up”, saying “if we’re not fighting, I’m not responding… you don’t matter.”

The spiky run-up to the Commonwealth title tilt between Arthur and Spelman has been punctuated by both men’s stated desire to go on to face Anthony Yarde later this year.

Asked about how it felt to be the name on everyone’s lips, Yarde said: “I’ve never felt the need to call out anybody. I feel like if you make enough noise, you’re going to get big fights.

“If we’re not fighting, I’m not responding to you… you don’t matter.”

Yarde was originally scheduled to fight Lyndon Arthur on April 11th, as chief support to the highly anticipated bout between Daniel Dubois and Joe Joyce, but that fight was postponed due to the coronavirus pandemic.

Lyndon has since taken on tomorrow’s tricky tear-up with Dec Spelman, though, and Yarde clearly fancies his own chance to get rid of any ring rust, saying “ I might get out in early September to get a little shake out as well.”

Any normal man would perhaps struggle with the lack of clarity around scheduling, but ‘The Beast’ isn’t letting the disruption affect his mood and says that he’s happy to “go with the flow”.

“Everyone knows this COVID thing has been a madness, so you’ve just got to go with the flow. Stay focused, keep training, and wait for the opportunities to come up.

“If Lyndon Arthur gets through this fight, we’ll get it cracking. If Spelman wins that put him in the pipeline for me and him to fight.

“We’ll just see how it goes. No one knows what’s going to happen in boxing, all it takes is one punch. I’ll just stay focused and keep moving forwards.”

Yarde doesn’t like to play favorites and insists he’ll fight whoever wins on Friday. That said, he admits he does have one thing on his mind: “big fights”.

“There’s been a bit of hype around me and Lyndon Arthur as he’s undefeated. I think Lyndon’s got the bigger name right now. That’s what it is for me, the biggest names and the most attention. I want the fights that make the most noise and if Lyndon Arthur gets through this fight it makes ours even better.”

Lyndon agreed with his domestic rival, saying he hadn’t been bothered by the postponements and delays, saying “I’m a boxer by nature, it’s what I do. You have to adapt to certain situations you’re put in. Everything happens for a reason… I’ll go on to fight Anthony Yarde.”

Before that, though, ‘King’ Arthur must overcome the next challenger to his crown: Dec Spelman.

Lyndon is confident of a decisive victory and even revealed that his coach and uncle Pat Barrett has had a dream about when his nephew will land the final blow.

“He had a dream I put him out in four”, said Lyndon. “So keep your hands up and your chin down in round four, Dec.”

Spelman scoffed and spat back: “I’m coming for you!”

“If Lyndon wants to take me out in round four, more fool him because I’m going to be on his chest from round one.”

Before attention turns to the in-ring on Friday night, Yarde was put on the spot by host Dev Sahni asking him for his prediction as to who will emerge victoriously.

Struggling to pick between the evenly matched Arthur and Spelman, Yarde laughed and joked: “I’ll go with Anthony Yarde.”

That clearly annoyed undefeated Mancunian Arthur who called ‘The Beast’ a “d*ckhead”, whilst Spelman looked on unimpressed.

It was clear the assembled cast of British Light Heavies would not agree on the outcome for Friday night, so it was left to Anthony Yarde, to sum up the thoughts of the entire boxing universe.

Arthur vs Spelman is live on BT Sport 1, tomorrow night at 7 pm.

« Tramaine Williams vs. Angelo Leo this Saturday, Aug.1 on Showtime