WATCH LIVE (Outside US): Shakur Stevenson vs Carabello 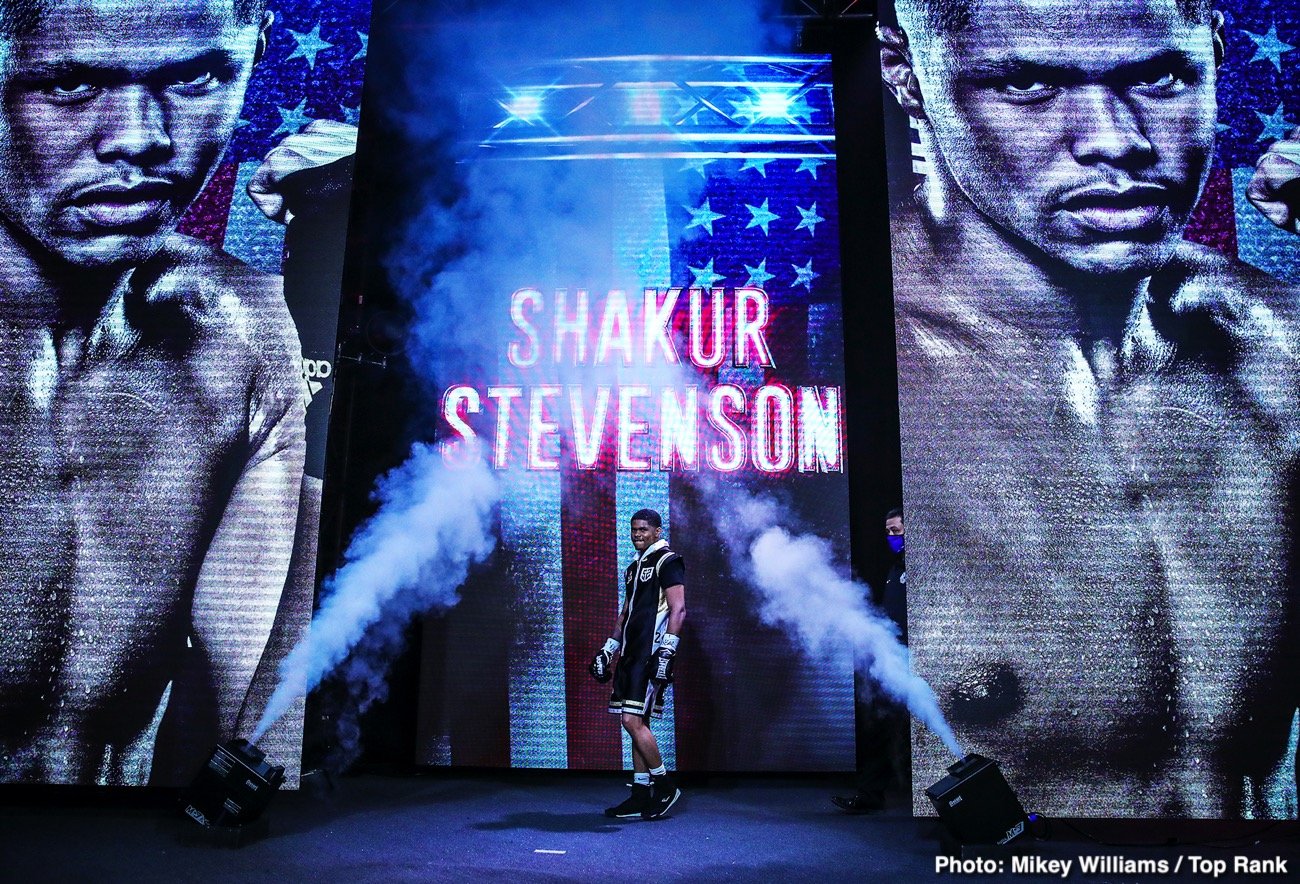 Telecast to begin at 7 p.m. ET on ESPN & ESPN Deportes

Live Boxing is Back on ESPN Tuesday, June 9 – Telecast to begin at 7 p.m. ET on ESPN & ESPN Deportes

It can all be summarized in three long-awaited words: boxing is back.

Top Rank on ESPN returns Tuesday, June 9, as WBO featherweight world champion Shakur Stevenson will take on Puerto Rican contender Felix “La Sombra” Caraballo in a 10-round super featherweight bout. Stevenson-Caraballo will kick off a blockbuster June boxing lineup, which will include multiple cards each week on the ESPN family of networks. Specifics on ESPN platforms and tune-in times to be announced soon.

These events will be closed to both the public and the media, as only essential fight camp members and event staff will be permitted on site.

“I would like to thank MGM Resorts and the Nevada State Athletic Commission for their assistance in helping to bring back world-class boxing,” said Top Rank chairman Bob Arum. “We are all looking forward to a spectacular summer of live boxing across ESPN platforms. Shakur is among the best young talents I’ve ever promoted, and he is going to put on a show on June 9.”

“I can’t wait to get back in the ring and return live boxing to ESPN,” Stevenson said. “And I was really disappointed when my fight got canceled in March, and I said then that I wanted to be one of the first fights back. I stayed in shape so when that call came, I was ready. The atmosphere might be different on June 9, but I’ve fought in unique situations all over the world before so it won’t affect me. Regardless of who’s in the building, you’ll see another great performance, and I’ll remind everyone why I’m the best young fighter in boxing.”

Mayer, Stevenson’s 2016 Olympic teammate, has in short order become one of the faces of female boxing. The Los Angeles native is on track for a world title shot this year, but she must first defeat Joseph, a native of Lagos, Nigeria, who is coming off a competitive decision loss to former lightweight queen Delfine Persoon.

“I’m incredibly grateful and excited to be fighting on the first boxing card since the pandemic shutdown,” Mayer said. “I was set to travel to New York City for a fight March 17, but the quarantine went into effect the day before I was supposed to fly out. So, despite having a long, hard 10-week camp, I was unable to perform and showcase the work I had put in. I feel like I’ve leveled up my skill set, and I’m eager to show that on June 9 and capture my 13th win. It’s also great to see ESPN and Top Rank having a woman headline their first card back. I have been in camp with Shakur, and we’re ready to bring boxing back to television with exciting wins.”

Robeisy Ramirez (2-1, 2 KOs), the two-time Olympic gold medalist from Cuba who bested Stevenson in the 2016 gold medal match, will seek his third straight win as a pro in a six-round featherweight bout against Yeuri Andujar (5-3, 3 KOs).