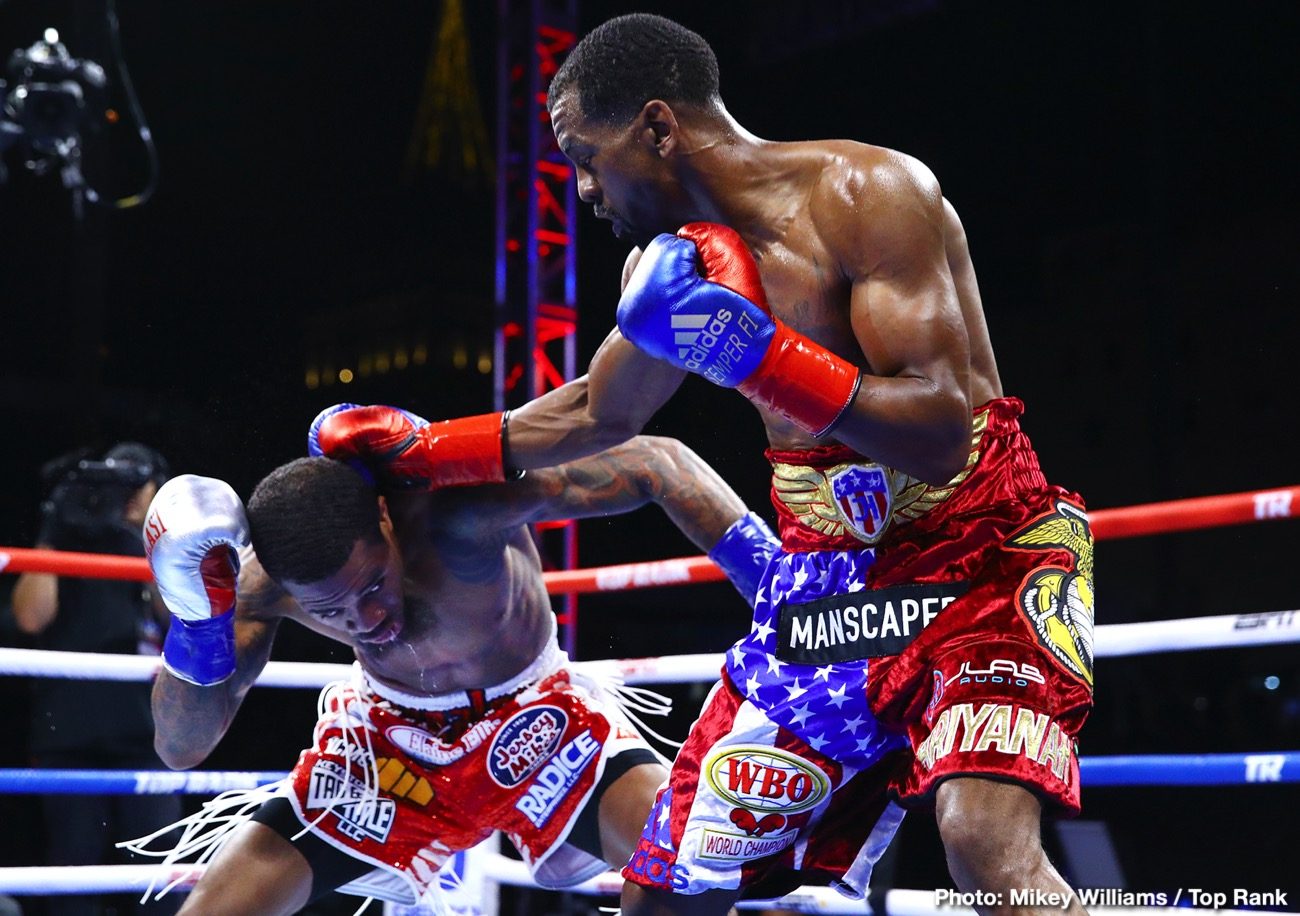 By Chris Williams: Jamel Herring revealed today that he’s tested positive for COVID-19, and his scheduled July 2 title defense of his WBO super featherweight belt against Jonathan Oquendo is now postponed. The 34-year-old Herring (21-2, 10 KOs) vs. Oquendo fight will be rescheduled soon.

If Herring recovers soon, Top Rank will be rescheduling his fight with Oquendo for July 14. Herring will need to test negative for the COVID-19 for that fight to go ahead on that date.

Until today’s bad news, Herring and Oquendo were fighting in the main event on July 2 on ESPN in a Top Rank-promoted card. According to ESPN, they’re going to slide the recently postponed light-welterweight fight between Jose Pedraza and Mikkel LesPierre in the July 2 spot left vacant by Herring-Oquendo.

That’s a good fight, and we may not get drop off in terms of entertainment. ‘The Sniper’ Pedraza is always entertaining to watch, and the 35-year-old LesPierre can really bring it.

NEWS:   Herring vs Frampton set to collide on Feb 27

Herring is just the latest of boxers that have tested positive for the highly contagious COVID-19, and it’s surprising how many fighters and trainers testing positive left and right.

Jamel says he’s feeling good, and he’s currently isolating himself while ill. The fight against #11 WBO Oquendo (31-6, 19 KOs) will get a new date shortly. Herring and Oquendo were planning on fighting at the MGM Grand in Las Vegas.

Hopefully, WBO welterweight champion Terence Crawford doesn’t get sick, considering that he was training side by side with Herring during camp. Shakur Stevenson too. 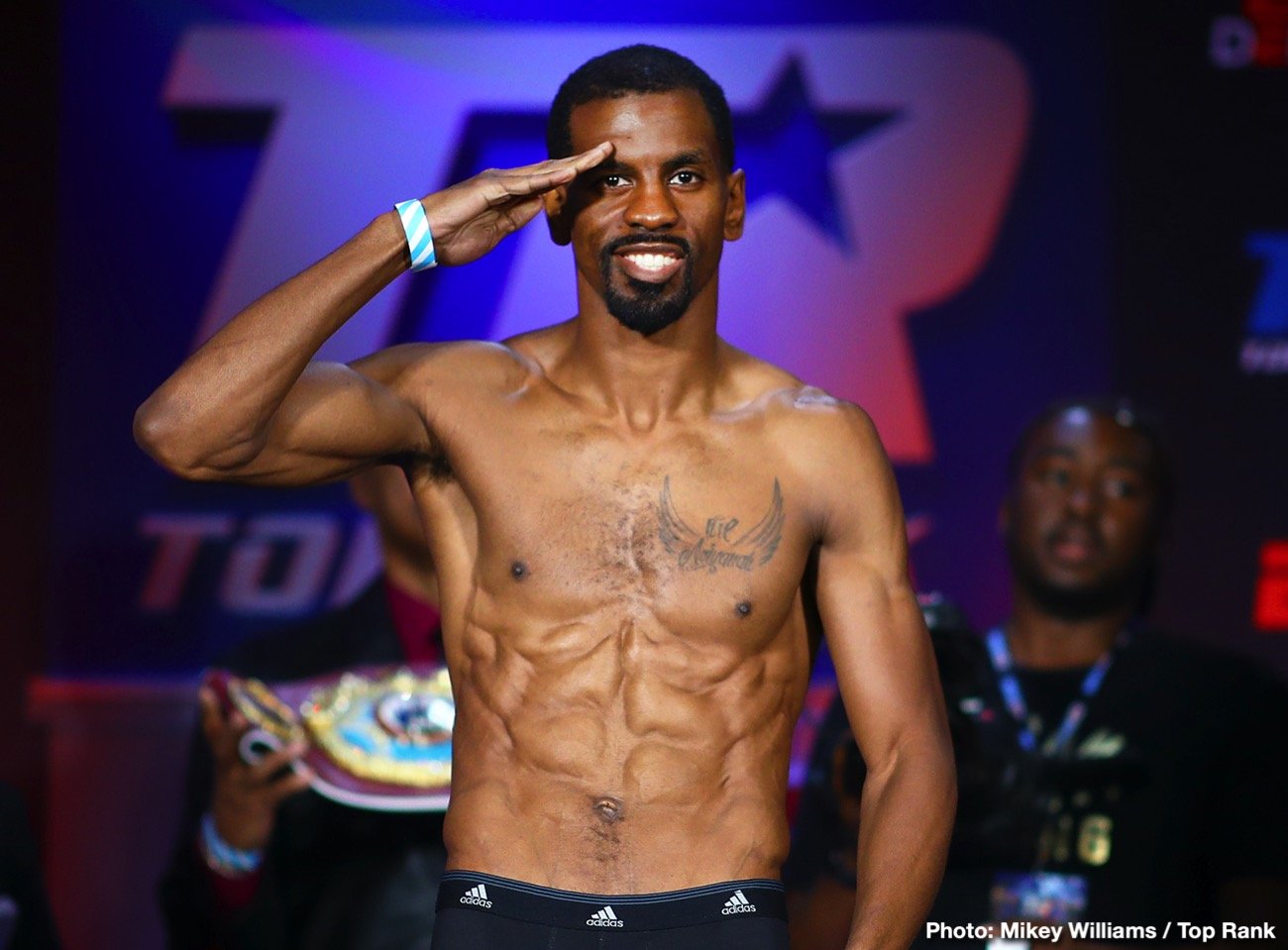 If Crawford gets sick, it could delay his return to the ring. But then again, Crawford, 32, has already gone public about his decision not to fight behind closed doors unless he’s paid more. I guess you can say it won’t be a big deal if Crawford gets sick compared to guys like Herring. He could be waiting a LONG time before he fights, though.

The good news however is, I feel ok and have self-isolated until I receive a clean bill of health. My WBO Junior Lightweight world title defense against Jonathan Oquendo will be rescheduled shortly.

Herring didn’t even know he had it

It’s unclear why Herring waited until now to announce that he tested positive for COVID-19. I mean, if he knew he tested positive a week ago, then why is he only now revealing it? That’s a little odd, isn’t it? Has Herring been isolating himself since testing positive or has been training with Crawford? Did Crawford get tested yet? I’m just saying.

“I’m OK, I feel like my normal self again,” Herring said to ESPN.com. “I feel good. After I got past the whole fever, I felt good. I didn’t even know I had it ’til I came down with the fever [on Friday].”

So, Herrington didn’t even know he had the virus, and it didn’t hit him until later. It would be interesting to know how many people Herring came in contact with while he was asymptomatic with the COVID-19. If he was in the gym, he could have spread it there. Hopefully, clean the place out.