Liam Smith says he would love to fight Kell Brook but warned that he wouldn’t chase the Sheffield star as he is the latest guest on Matchroom Boxing’s podcast ‘The Lockdown Tapes.’

Former WBO World Super-Welterweight king Smith (29-2-1 16 KOs) is plotting his route to becoming a two-time World champion, and the 31-year-old wants that route to include a vast all-British fight with Brook, the former IBF Welterweight ruler.

Brook surrendered that crown in May 2017 against Errol Spence Jr, and then ‘The Special One’ moved up to 154lbs, settling in with wins over Sergey Rabchenko, Michael Zerafa, and Mark DeLuca. Brook has been heavily linked with a return to Welterweight to meet WBO champion Terence Crawford, while the rivalry with Amir Khan is still in the picture, but Smith hopes that the fight with him and Brook can be made, but is also open to a battle with former two-weight champion Jessie Vargas. 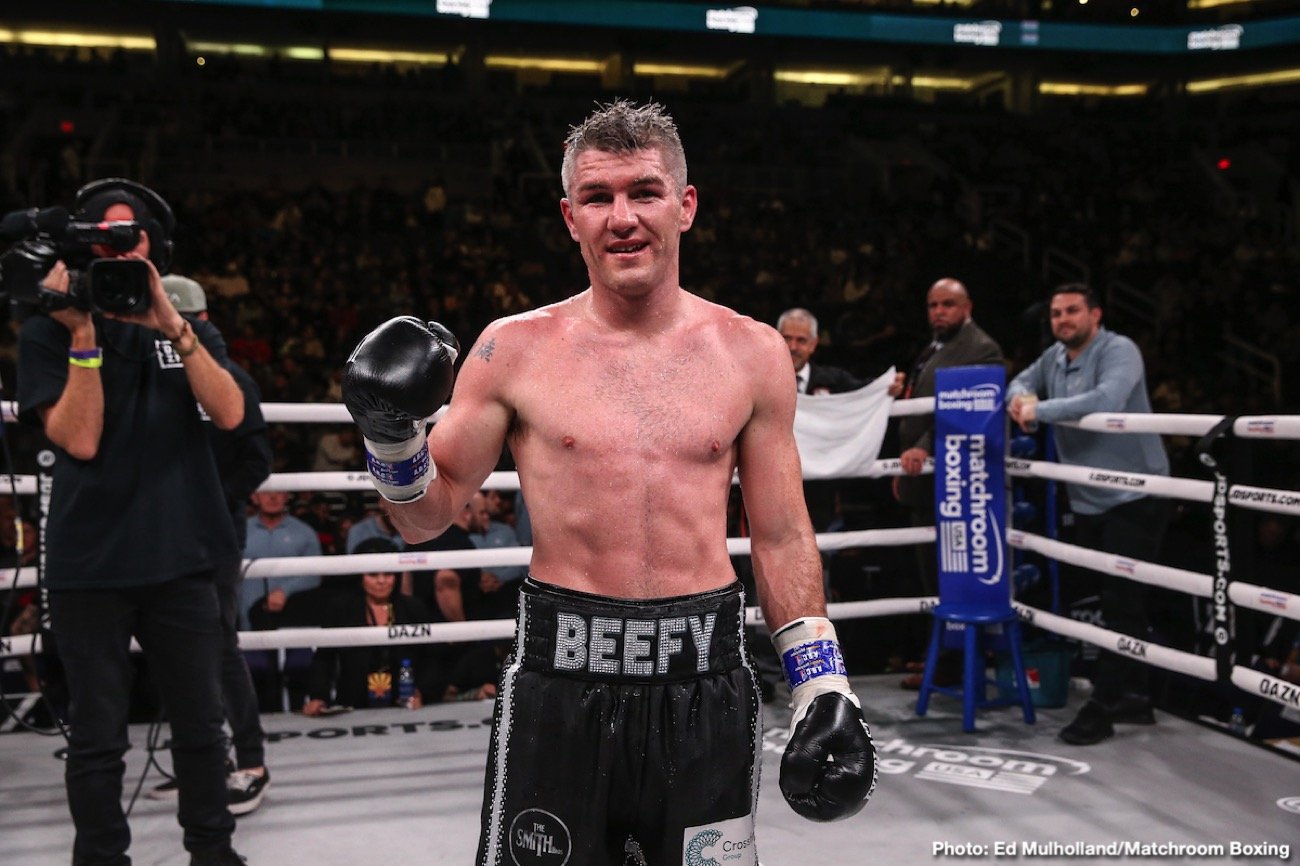 “The Brook fight is a fight I want, but I am not going to chase him,” said Smith. “He’s not that good, and he hasn’t got a World Title, I want to fight him because he’s a decent name and I think it’s a terrific fight for the British fans.

“The Jessie Vargas fight is the more likely to fight for me. Brook seems to be playing no part, but I think Eddie Hearn should force Brook’s hand if he wants to see the fight. I don’t blame Brook if he gets the Crawford fight, then good luck for him, but I think a fight with me will be much more competitive.

“I want to be in a fight that people will be glued to, find entertaining, and want to watch. We know Vargas can fight, he’s a two-weight World Champion, and it was almost done before Eddie signed Mikey Garcia, which then became the obvious fight to make.

As well as speaking about Brook and Vargas, Smith talks about his boxing brothers, fighting Canelo Alvarez, Liverpool FC’s title hopes, and much more in the latest episode of ‘The Lockdown Tapes.’