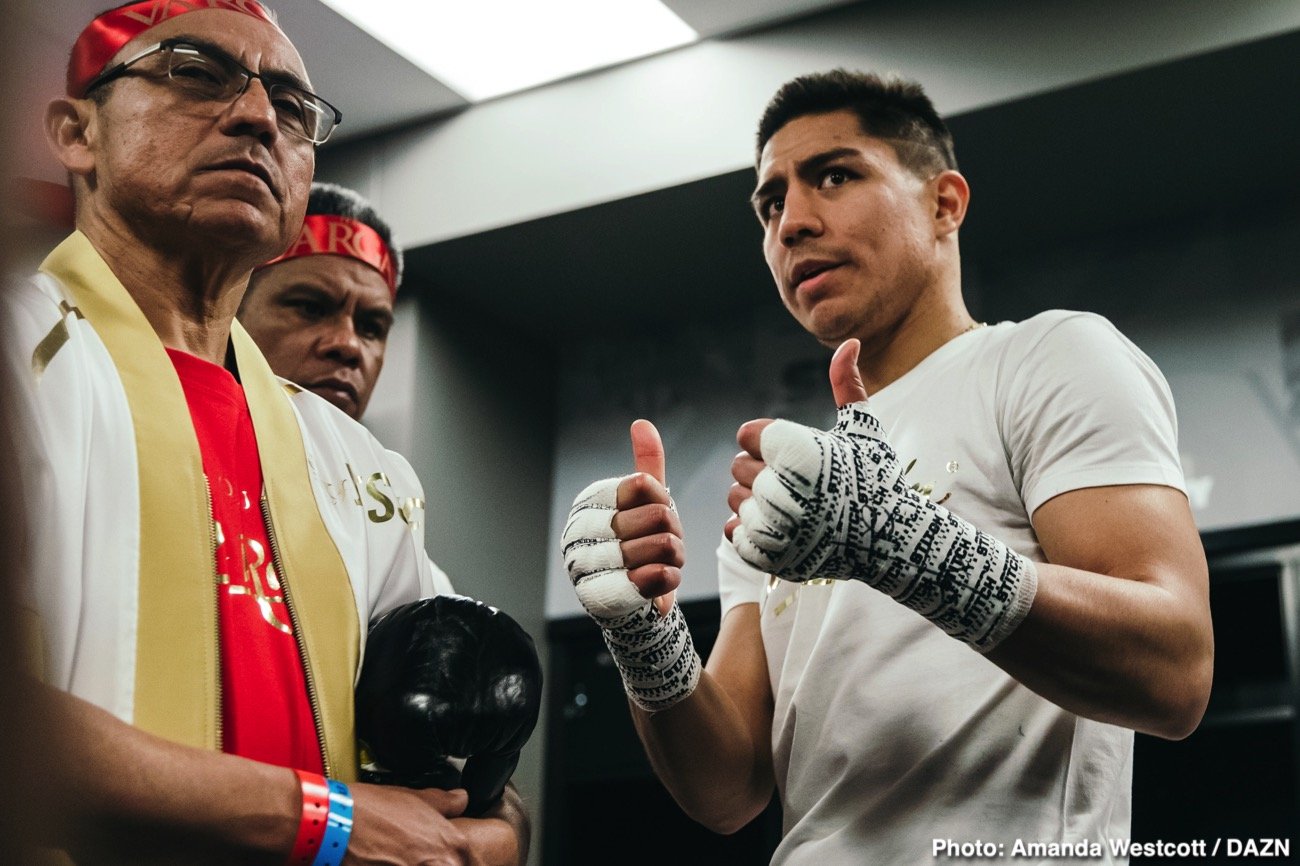 Jessie Vargas believes he will become a three-weight World champion and said on the latest episode of Matchroom Boxing’s podcast ‘The Lockdown Tapes’ that he’s ready to go all-out to make that a reality when boxing returns.

Vargas (29-3-2 11 KOs) has held the WBA Super-Lightweight and WBO Welterweight strap, and last April, he signaled his intentions to rule the roost at Super-Welterweight when he dispatched Humberto Soto in Los Angeles inside six rounds.

The Las Vegas star returned to 147lbs to face Mikey Garcia in Frisco, Texas in February, getting off the canvas in the fifth round to push Garcia all the way to the end, but now the 31-year-old looks set to stick his flag in the ground at 154lbs, targeting former champion Liam Smith as well as the belt holders in the division.

“I will become a three-division World Champion very soon, I am positive,” said Vargas. “I am hungrier than ever, and I feel very comfortable in this division. There are ways that we can line up the big fights for me to become champion again.

“I feel like I have something to prove now to myself and everyone, it’s now or never. I am going to push myself to be in a position where I am comfortable, and I have the right team around me to do so the future is exciting for me.

“The Liam Smith fight is one I am interested in. I will speak to my promoters very soon and go from there. I will fight anyone in the 154lb division.”

Winning a World title at a third weight would be another fantastic chapter in a storied career. As he approaches 12 years as a pro in September, Vargas looks back fondly on his days training with the late Roger Mayweather, his bouts on Floyd Mayweather’s massive fight nights and his clash with Manny Pacquiao.

“I trained with Roger for years,” said Vargas. “And I had to move gyms because his gym was only for pro’s and I needed support from an amateur gym.

“I was 15 when I hooked back up with Roger and stayed with him right up until I was 23. He was sick, so he wasn’t always at the gym, which was the reason why I had to make a change. I got to spend a lot of time with him and learn so much from one of the greats, just being in that Mayweather environment was fantastic.

“I was one of those kids that worked with Roger alongside Devin Haney. He was direct and always spoke his mind. He was a great guy.

“I was 23, and I remember seeing Devin in the gym and saw him always giving it his all and would encourage him. It’s a joy to see him succeeding the way he is. Now he’s working with Floyd, which is excellent for him as he’s learning from the best.

“It was fascinating, and having the opportunity to fight on the biggest stage in boxing told me I was on the right path.

“I was very young, but I made sure to shine, and I won by knockout, it was electrifying and gave me a little taste of what was to come.

“And I also boxed on Ortiz vs. Mayweather and Mosley vs. Mayweather cards. I have been blessed to fight on big platforms and then headline my own shows.

“And I looked over the ring to Manny and thought ‘let’s do it.’ I was smiling inside. You have got to be confident in your own abilities and believe in yourself.

“The atmosphere was incredible, and I gave it my all. It was a great learning experience, and now it’s about pushing myself to get to the top once again.

“His positioning and speed are his main attributes. His speed was dangerous, and if you don’t see it, he will take you down. He is, for sure, the best I have faced in the ring.”

« Gervonta Davis days with Mayweather Promotions could be numbered