By Barry Holbrook: Gennadiy ‘GGG’ Golovkin says he WON’T be fighting Canelo Alvarez in a trilogy match next when boxing starts back up in 2020. Golovkin (40-1-1, 35 KOs) states that he has a “commitment” to defending his IBF middleweight title against his mandatory challenger Kamil Szeremeta (21-0, 5 KOs).

Golovkin’s decision not to fight Canelo in 2020 means that he’ll be 39-years-old by the time he gets his next opportunity to face the Mexican star in 2021. If Canelo chooses to play games with Golovkin in making him wait in return, then we could see their trilogy match kicked down the road to 2022.

Golovkin will be 40-years-old by then. If he chooses to fight someone in good after his title defense against Szeremeta, he could lose.

Once Golovkin loses another fight, the trilogy match against Canelo will be next to worthless. Fans won’t want to see Golovkin and Canelo fight a third time under those conditions. It already looks terrible that Golovkin is seen as having been given a gift decision in his last fight against Sergiy Derevyanchenko last October.

Canelo Alvarez wants to fight Golovkin in September, but he’s choosing instead to face Szeremeta. Golovkin maintains that he wanted to fight Canelo last September and this May, but he didn’t want to fight him.

So Golovkin has moved on and is facing Szeremeta. Fans want to know is why Golovkin is taking on Szeremeta rather than guys that could give him a real fight like the following fighters:

Golovkin, 38, says he made up his mind to defend against Szeremeta before the global pandemic started up. Despite the lack of interest in this contest, Golovkin wants to stay with this fight. Boxing fans argue that his mandatory against Szeremeta isn’t due, and yet he’s still choosing to take the fight. 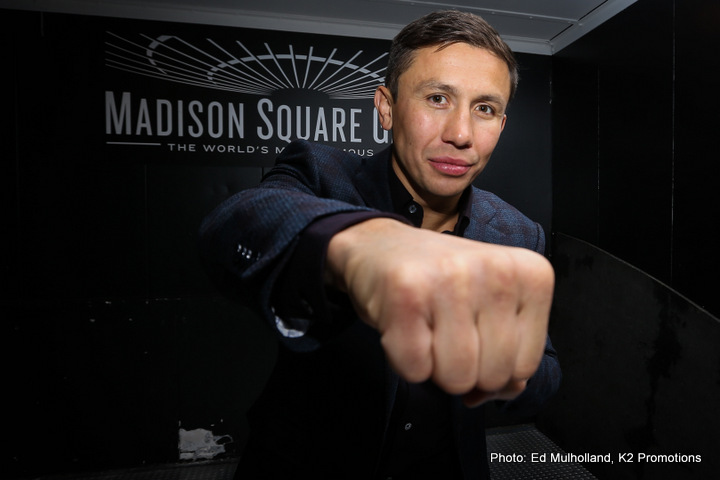 Golovkin choosing to keep his word

“I made a commitment before all this situation happened,” Golovkin said to SI.com on his title defense against his IBF mandatory Kamil Szeremeta. “I’m talking about my fight with Szeremeta. I intend to keep my word. Once the situation changes, as soon as everything is back to normal, I intend to have this fight first.”

It would be interesting to hear what DAZN has to say on Golovkin’s decision to face little known 3o-year-old Szeremeta next rather than one of the talented and more popular fighters at 160. DAZN has lost subscribers due to the pandemic, and it’s not helping them that Golovkin is choosing what many believe is a soft touch in Szeremeta.

Golovkin-Szeremeta probably won’t bring in a lot of new subscribers to DAZN because boxing fans have never heard of the Polish fighter, and the hardcore fans don’t see him as a top fighter. It would be smarter for Golovkin to be a team player and fight the type of opposition that would help DAZN by bringing back their subscribers in facing a dangerous opponent.

Gololovkin recently signed a lucrative six-fight contract with DAZN; some boxing fans believe that one of the reasons he’s choosing to face Szeremeta is so that he can milk his contract by taking easy fights before facing Canelo.

“I should point out that there are always two sides,” Golovkin said. “They actually avoided this fight in September. They didn’t want to fight in May of 2020. So I went my way. I have my own career, and I figured: How long should I wait?”

As the saying goes, ‘Two wrongs don’t make a right.’ Golovkin should have taken the high road by choosing to stay on course in attempting to get the trilogy match with Canelo. It’s not just the fact that it’s a far better fight than his title defense against the obscure fighter Szeremeta, but it’s also one that will help DAZN.

They’re paying Golovkin a heck of a lot of money, and they’re not getting value for their money with him choosing to fight the likes of Szeremeta and Steve Rolls. Fans can overlook Golovkin take soft jobs in Vanes Martirosyan and Rolls, but he’s going overboard now in selecting Szeremeta. 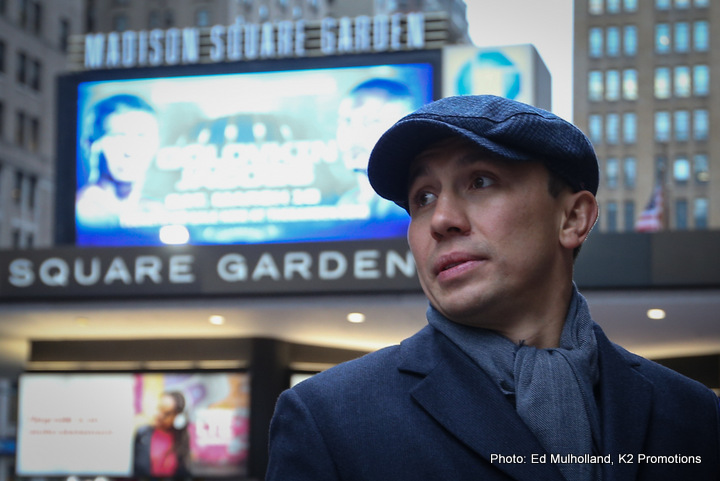 Is DAZN getting good value with GGG facing Szeremeta?

When DAZN signed Golovkin, they probably thought they would see him facing the big names at 160 and 168 against Canelo, Jacobs, Andrade, Charlo, and Benavidez. Instead, Golovkin is wasting time, fighting Rolls and Szeremeta. If Canelo chooses not to fight Golovkin after his match against Szeremeta, it’ll get fascinating to see who GGG faces next.

The next highest-ranked contender in the IBF’s rankings at 160 is Patrick Wojcicki. That’s another light puncher with a similar KO percentage as Szeremeta. If Golovkin chooses to milk his IBF title, he could be the next guy for him after he faces Szeremeta unless he opts to step it up against the talented fighters like Andrade, Charlo, Benavidez, and Callum.

Golovkin is starting to look good in his last three fights, and it may not even be worth it to have Canelo fight him in 2021. If the fight doesn’t take place in 2020, DAZN might need to think about steering Canelo away.

Should Canelo forget about Golovkin?

Boxing fans would like to see Canelo fight the younger guys that aren’t looking shot like Callum, Benavidez, Plant, Charlo Artur Beterbiev, Dmitry Bivol, and Andrade. It would be a better idea for Canelo to forget about Golovkin and focus more on fighting the younger fighters that he can attract new subscribers to DAZN. Canelo vs. Golovkin has arguably passed the sell-by date, and it’s a fight that is too played out.

It’s been delayed too long, and neither of the two matches was exciting. Fans mistakenly through Canelo and Golovkin would battle it out in a war. Instead, they saw two boring chess matches with both guys boxing. In the second fight, Canelo tried to change things up by coming forward and looking to brawl with Golovkin. What did Golovkin do?

He backed away and gave ground to Canelo and looked like he was running from the battlefield. You have to ask the question: Would Marvin Hagler have given ground to Canelo if he came right at him the way he did against Golovkin? No, he wouldn’t have.

Hagler would have met Canelo in the center of the ring and went to war with him, and likely would have worn him down and beaten him. Golovkin didn’t do that. He backed away from Canelo and boxed, which is the same thing he did in the first fight. Hagler would have been all over Canelo in both conflicts and forced him into a tooth and nail match.