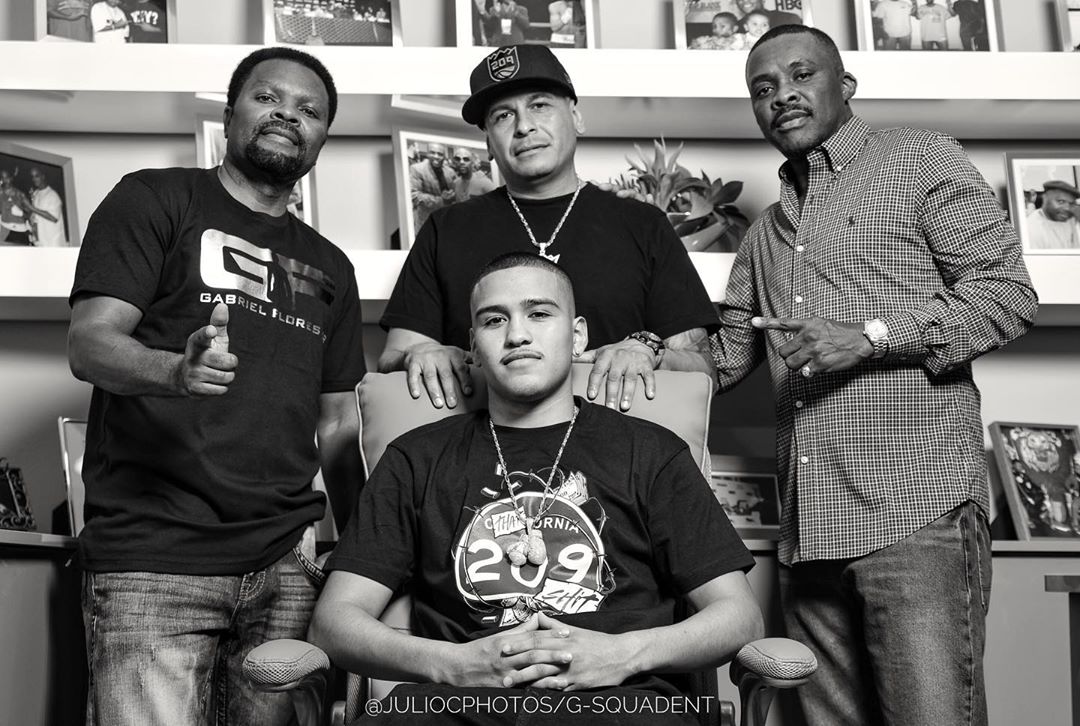 20-year-old lightweight contender Gabriel Flores Jr., who at the time was the youngest boxer to sign with Top Rank Inc, turning professional at 17-years-old with the aforementioned industry-leading promoter, made history once again, becoming the first Mexican boxer to sign with James Prince, the legendary boxing manager, and hip-hop icon.

“It is going to do big things for my career moving forward,” said Gabriel Flores Jr. “I look at this as another step to building an empire, we’re putting the right pieces in place to have a great legacy inside and outside of the ring. This is just another chapter in my book and I feel this is another historic accomplishment.”

“Let it be known, I am excited about the opportunity, this is the first Mexican fighter that I have ever worked with,” the iconic manager Prince said in a short video clip produced by Jivenchy Filmz for G-Squad Entertainment to announce the signing. “To be able to work with a superstar. Aw man, that made my day.”

Flores Jr’s father, Gabriel Flores Sr, who has raised and coached his son, sees the move as historic.

“We’re trying to build an empire, not a team,” said Flores Sr. “J Prince brings a lot to the table, and us together will be even stronger. We look forward to working together, achieving many goals, with the first being his first Mexican world champion ever.”

Gabriel Flores Jr is currently 17-0 with 6 wins by way of knockout. Flores Jr. is currently fighting in the lightweight division.